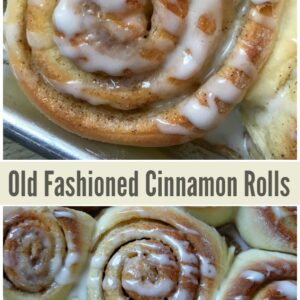 We got about a foot of snow at my house this past week… which was awesome because we played and played and played in all of its gorgeous wonder.  But now it’s raining.  I mean REALLY RAINING… like pouring… on all of that fresh snow.  So there is a great deal of flooding happening in our city today.  My husband just left for the fire station to pick up a zillion sandbags to help prevent the snow-melt and torrential downpour from coming into our house and garage.  It’s an icky, icky day.

So what I’m really trying to say is, it’s a great day to bake some old fashioned cinnamon rolls!  This one makes enough for a small crowd, so plan accordingly.  We actually didn’t have a small crowd around at all when I made these, but we managed to eat all of them anyways.  They’re hard to resist!

Since this is the old-fashioned kind, you’ll start with your typical yeasted dough.  I found this dough really easy to work with.  You can either mix it by hand and knead it by hand, or you can use a stand mixer to do the work for you if you have one of those!  The dough does need some time to rise.

After you roll your dough with butter, cinnamon and sugar inside, you’ll use the “dental floss method” for cutting.  I’ve made cinnamon rolls a zillion times before and have never used dental floss for cutting the rolls.  It works so perfectly.  Just wrap the dental floss around the roll and pull.  That will turn out perfect cuts for you! 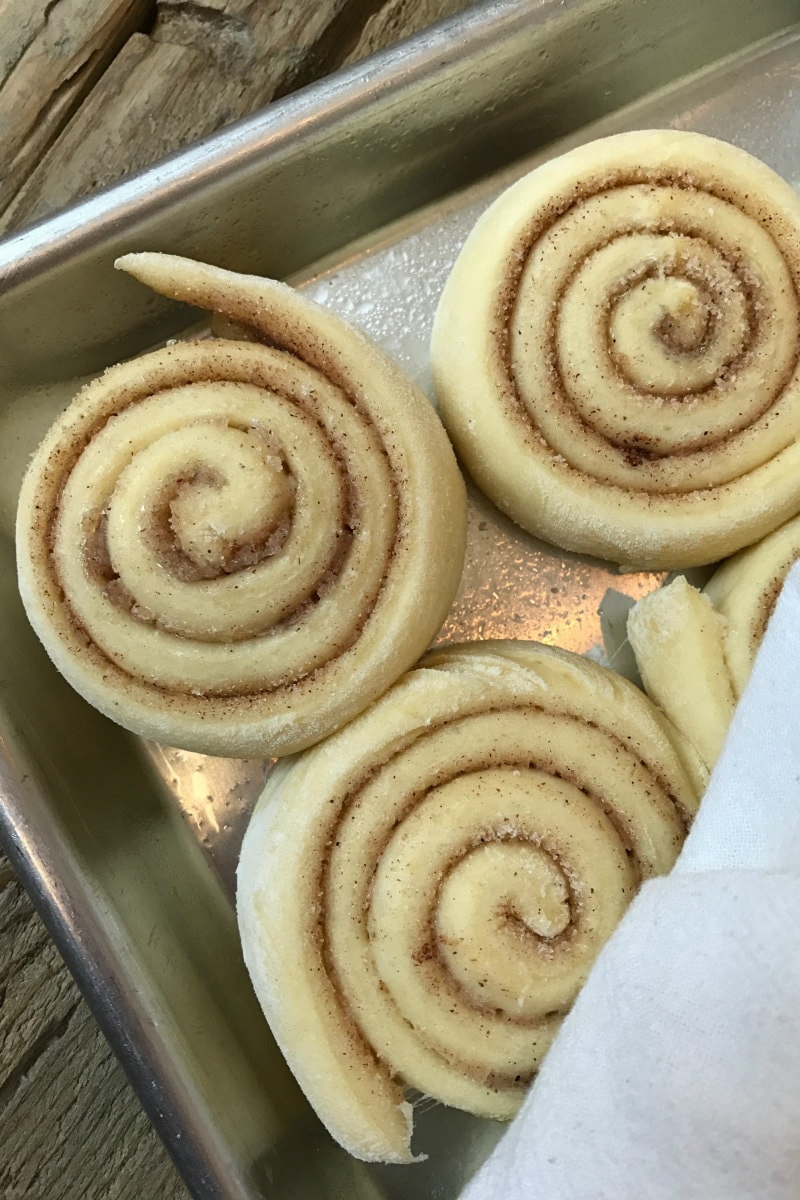 The cut rolls are placed on a cookie sheet, covered with a towel and given some time to rise as well. 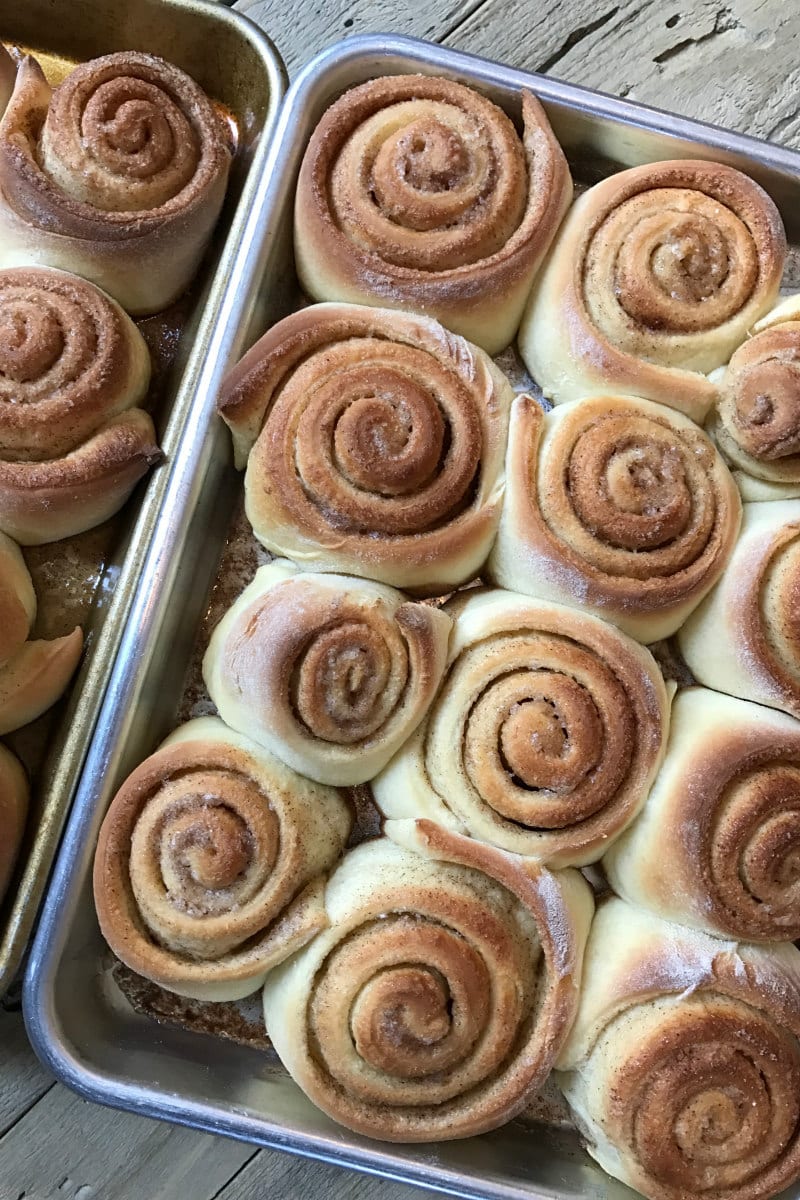 Here’s what they look like fresh out of the oven! 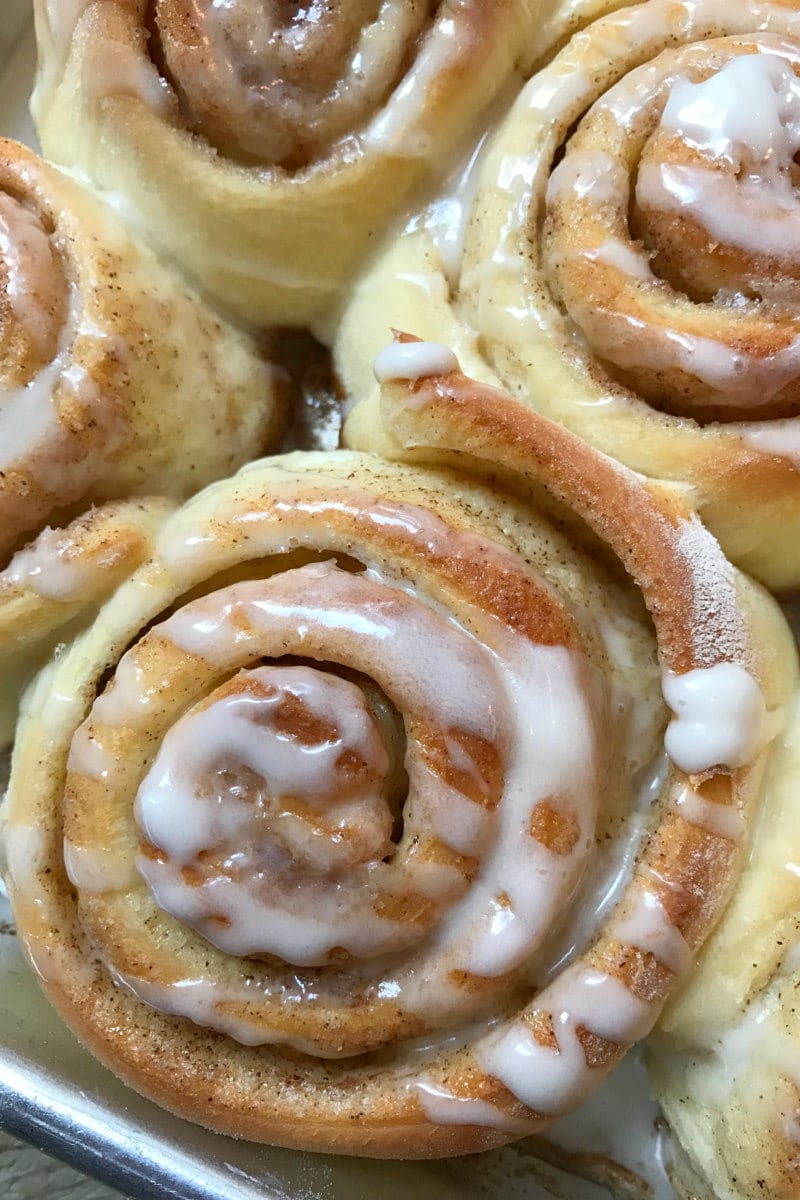 This old fashioned cinnamon rolls recipe has a very simple sugary glaze to drizzle on top.  You can certainly use a cream cheese style icing to spread on top, if you prefer.  We loved this recipe as written.  These are best fresh out of the oven warm and gooey.  If you eat them later… just heat them up slightly in the microwave and they’ll soften right up.

Here are a few more cinnamon roll recipes you might enjoy: 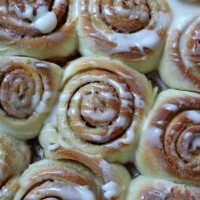 Print Pin
Save Recipe
5 from 1 vote

ADD THE FILLING AND ASSEMBLE THE ROLLS: