Taking a little break from ‘healthy blog posting,’ I’ll be doing a series of recipes this week that are good ideas for Superbowl Parties (or just to snack on during the big game). Everyone around here (San Diego) was hoping our Chargers would make an appearance in the Super Bowl this year. Unfortunately, that won’t happen, but we sure had fun hosting a couple of Playoff Parties where our Chargers attempted to advance.

Mexican food is plentiful here in Southern California, and nachos are always on the menu. Nachos also make for good football food. Who doesn’t love an appetizer dripping with melted cheese and sour cream? There are lots of ways to make them… I tried Emeril’s version: Chorizo, Bean and Cheese Nachos. 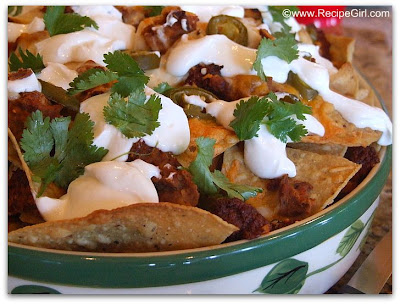 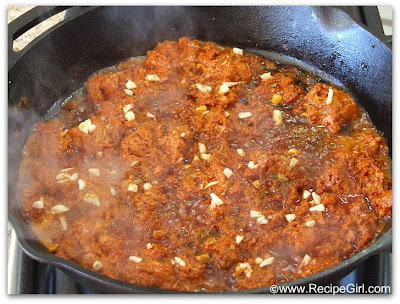 Mexican chorizo sausage (usually available in your market’s sausage section) is removed from its casings and crumbled into a pan. It’s sauteed with garlic and a few spices until the fat is rendered. Luckily, you get rid of the fat and let the sausage drain on paper towels. If you don’t have access to chorizo, you can certainly substitute sweet/hot Italian sausage or ground beef. 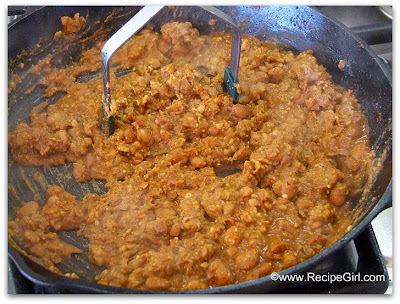 Canned pinto beans are rinsed and drained. Then they’re heated in the pan with water and a few added spices. Simply mash them up a bit and you’ll have your ‘homemade’ refried beans. 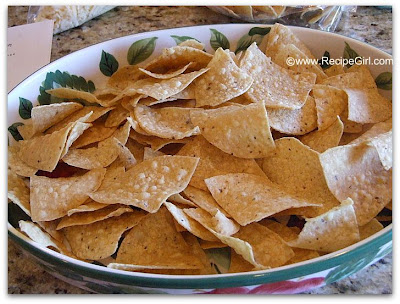 To assemble the nachos: spread chips into a casserole dish. 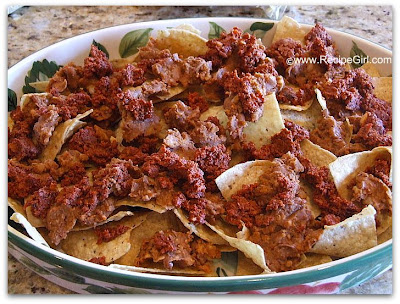 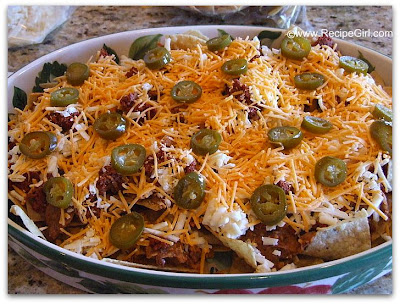 Spread a handful of pepper jack and sharp cheddar cheeses over the top. Add a few jalapenos too. 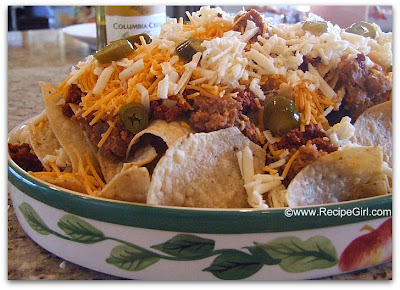 One more layer of chips, chorizo, beans, cheese, etc. Pile it up high! Into the oven it goes… to melt all of that cheese. 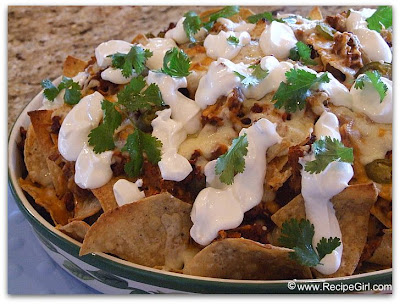 This platter of nachos was devoured in no time by a bunch of nail-biting Chargers’ fans (the game was close)! This was some good grub. It was a very ‘manly’ sort of appetizer… piled high with lots of good stuff (calories). The women ate it too, but most of them leaned toward the healthier fare at the party.

Don’t worry… I haven’t fallen off of the healthy bandwagon or anything. I sampled these nachos before my venture began! You can read more about my healthy eating venture here. I’m still on track!

This recipe for Chorizo, Bean and Cheese Nachos can be found HERE. 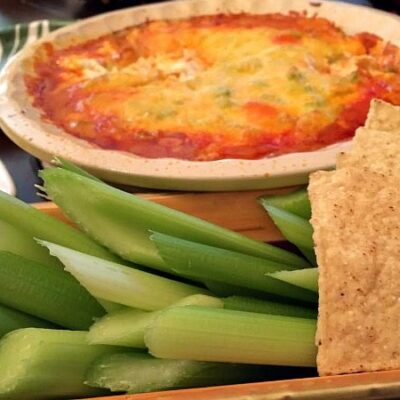 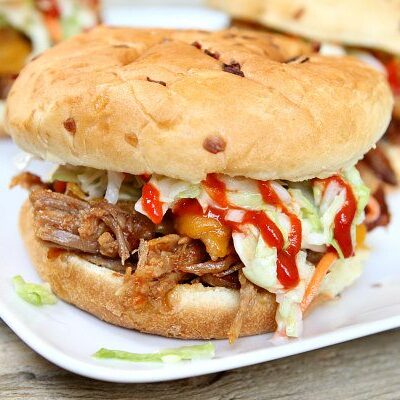 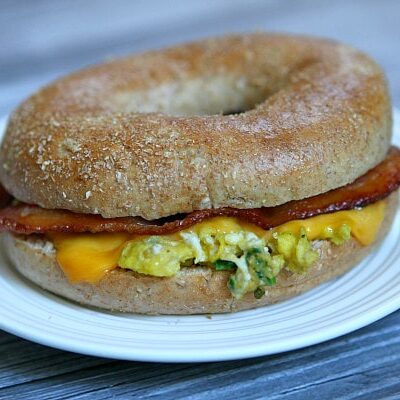 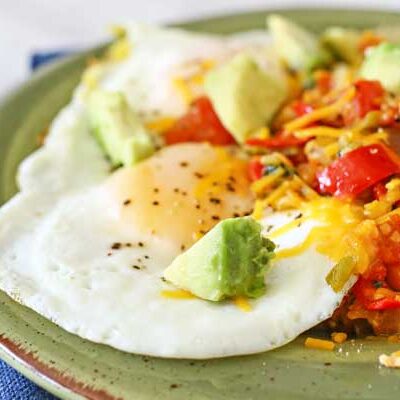