This Ham and Bean Skillet Spaghetti is a delicious, one skillet spaghetti dinner that the whole family will love! 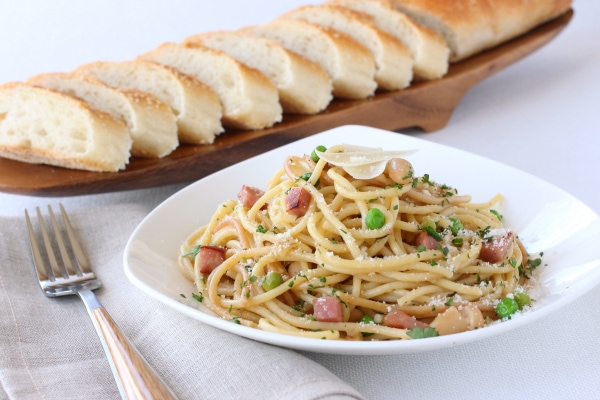 One of my favorite soup recipes to make is pasta fagioli. I love the flavors of the salty ham and the creamy white beans together with the pasta and broth. Perfect for dipping big hunks of bread into and eating by the bowlful. But the way I like to make pasta fagioli does take a little bit of time.

So take those same flavors and turn it into a one-skillet dinner that’s done in just about 30 minutes – I’m all in for that on a weeknight for a quick meal.

Brown the ham in a skillet with olive oil, then add in a diced onion and garlic. Push the ham over to one side of the pan and drop in the pasta, it’s a little crazy at first when you’re tossing the pasta around, a few pieces might go flying but just stick with it a minute so the spaghetti gets toasted. 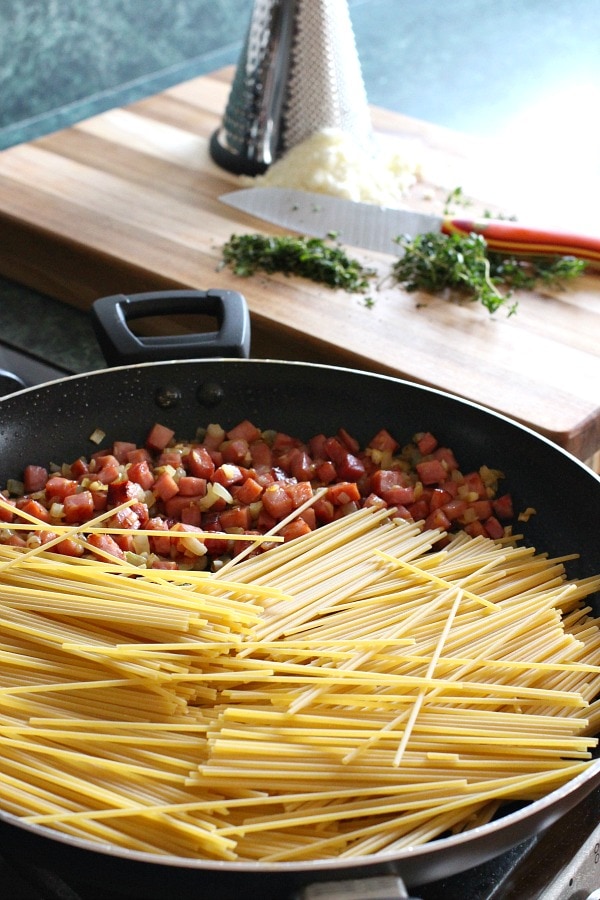 Pour in white wine to delegaze the pan… 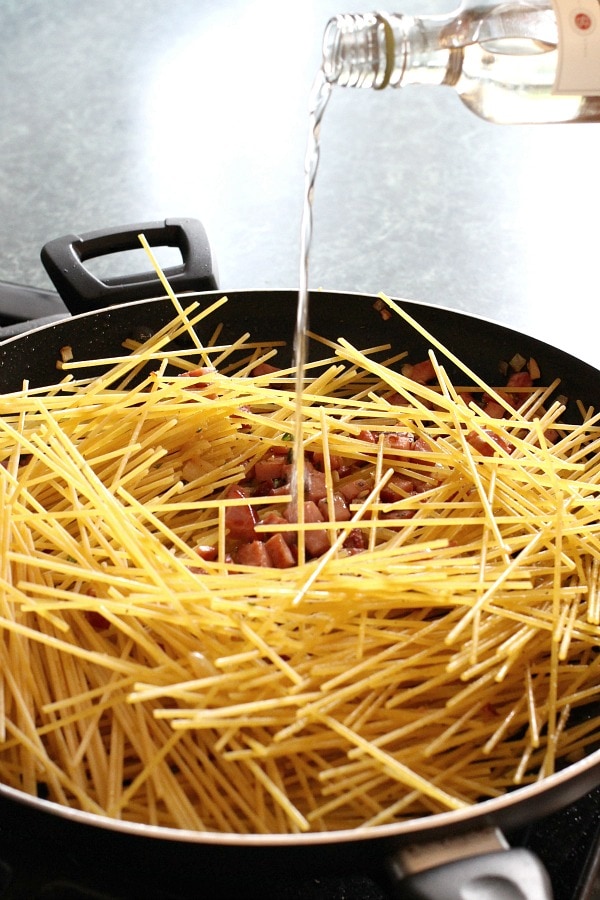 … then add a few cups of chicken broth, stir and cover the pan with a lid. This will cook for 10 minutes, then you’re going to add in white beans, peas, and parmesan cheese. Cover and cook just 10 minutes more minutes and dinner is served. 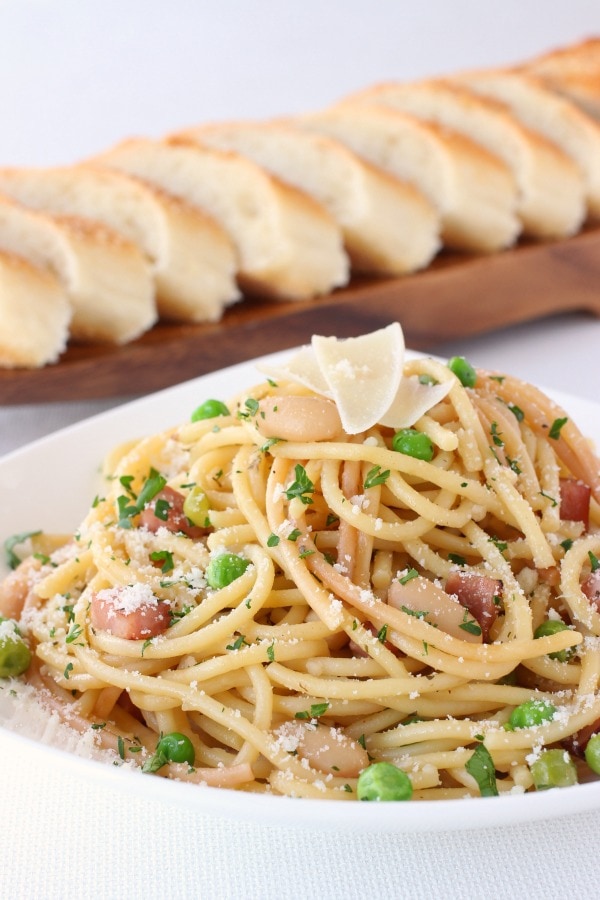 The flavor of this Ham and Bean Skillet Spaghetti can not be beat. And just like my pasta fagioli, I also like to dive in to this spaghetti with a few big hunks of bread! 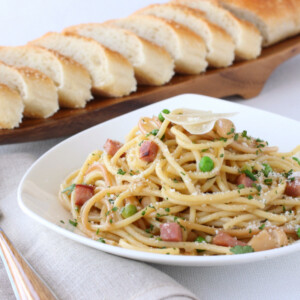 Here are a few more pasta recipes you might enjoy!