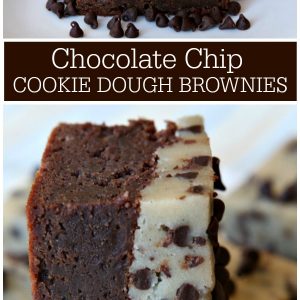 Once upon a time I made a Chocolate Chip Cookie Dough Brownies recipe.  I loved them, I shared them on my blog, and readers either loved them or not.

There were a few “observations” made about my version of this totally-awesome-brownie-recipe that were sinking into my soul… which caused me to lose sleep at night (not really, but I added that for dramatic effect…)  I LOVE MY FIRST VERSION THE WAY IT IS… but I decided to listen those observations to see if I could create an even better Chocolate Chip Cookie Dough Brownies Recipe and make everyone happy!  Here it is! 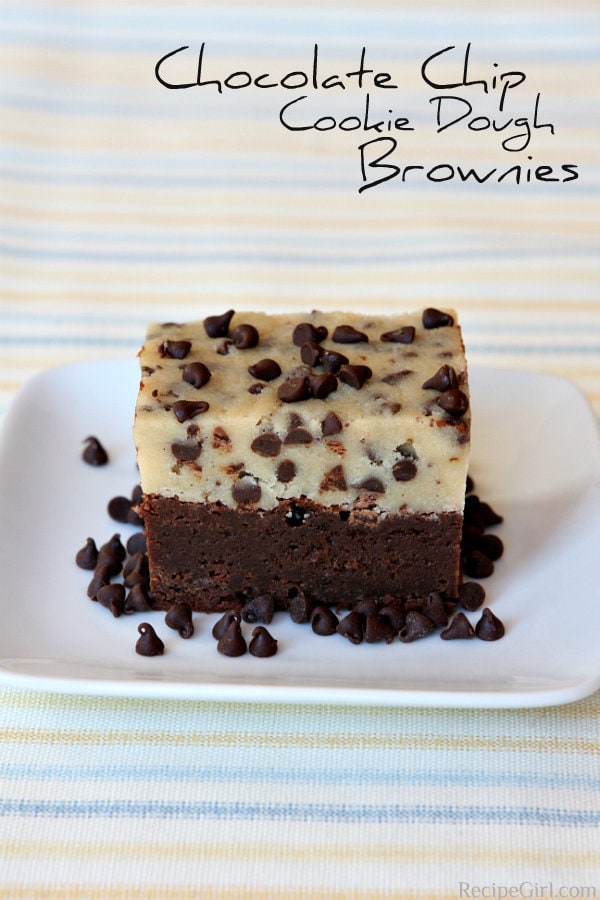 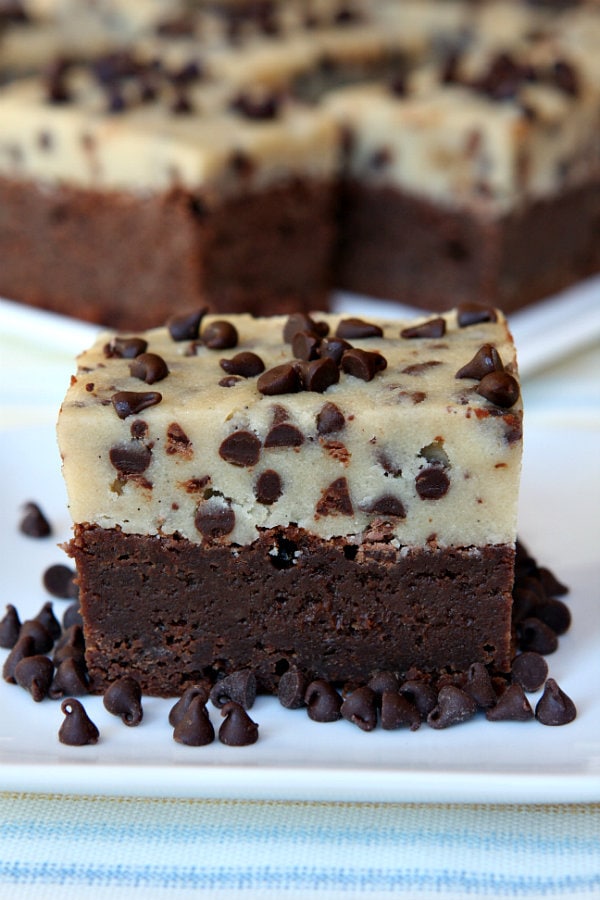 The brownie layer isn’t fudgy… or it has no flavor (in other words… it’s not good).  This (new and improved) brownie layer is FUDGY.  Though I have to admit, I don’t think anything is wrong with the original chocolate chip cookie dough brownies recipe.  I like both, but I do like this one better. 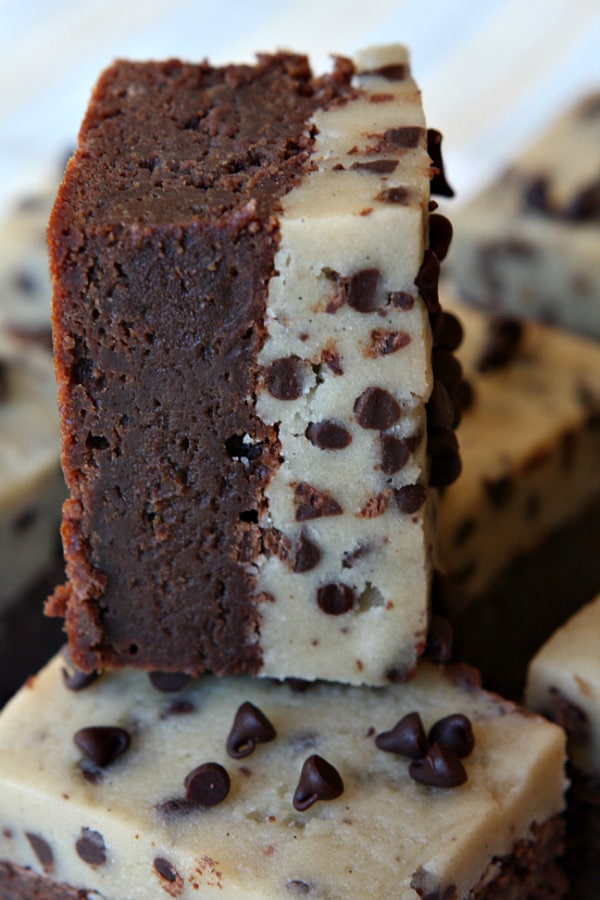 That’s it!  You’ve learned all of my secrets.  And now you can make my new-and-improved version of this chocolate chip cookie dough brownies recipe.  By all means, let me know what you think of them… and if you have any feedback about these!  Hopefully, they are perfect.  That’s the goal here.  See, I listen to my readers… and keep workin’ it to make you happy and satisfied!  It’s a tough job (you know… re-testing chocolate chip cookie dough brownies over and over again to find the perfect version), but somebody has to do it, right? 🙂

I know there are concerns about eating flour that hasn’t been cooked.  Here’s the solution, if you are worried about that. Toast your flour in the oven before using in this recipe.  You’ll just put the flour in a pan and toast it at 350 degrees. F. for 5 minutes. That will kill any potential bacteria in the flour, and you can feel safe to use it in an uncooked cookie dough recipe. 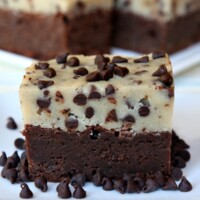 A delicious layer of chocolate chip cookie dough sits on top of a fudgy brownie layer.