Here’s an easy recipe that is impressive too:  Old Bay Potato Latkes 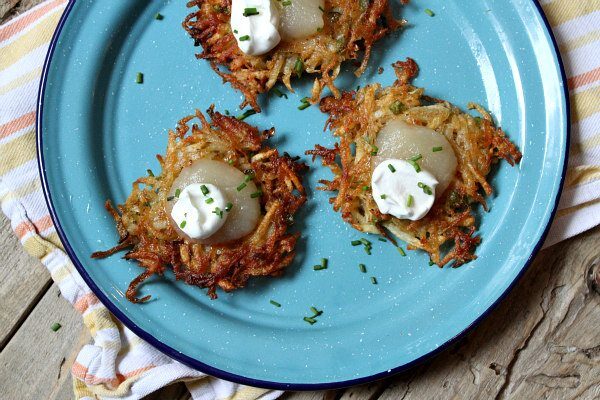 When I was in college, I worked at a Jewish elementary school as both a teacher’s aide and after-school daycare director.  It was there that I became rather familiar with all kinds of Jewish food, traditions and holidays.  They took me in and embraced me, and I was happy to learn all about it.

I ate more challah and bagels in those three years than I can remember.  I tried matzoh ball soup, kugel, sufganiyot, rugelach, brisket, borscht, and hamantaschen.  And every year at Hanukkah, there were endless amounts of latkes served up too.  I’ve only made them at home a couple of times, and I was happy to try a new recipe this week. 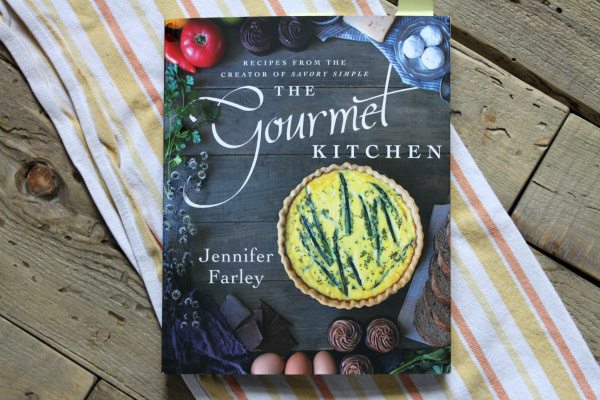 The recipe comes from a new book by Jennifer Farley (SavorySimple.net): The Gourmet Kitchen.  Inspired by a variety of cultures and cooking styles from around the world, this book has more than 100 recipes for all meals of the day with beautiful photographs to accompany them. 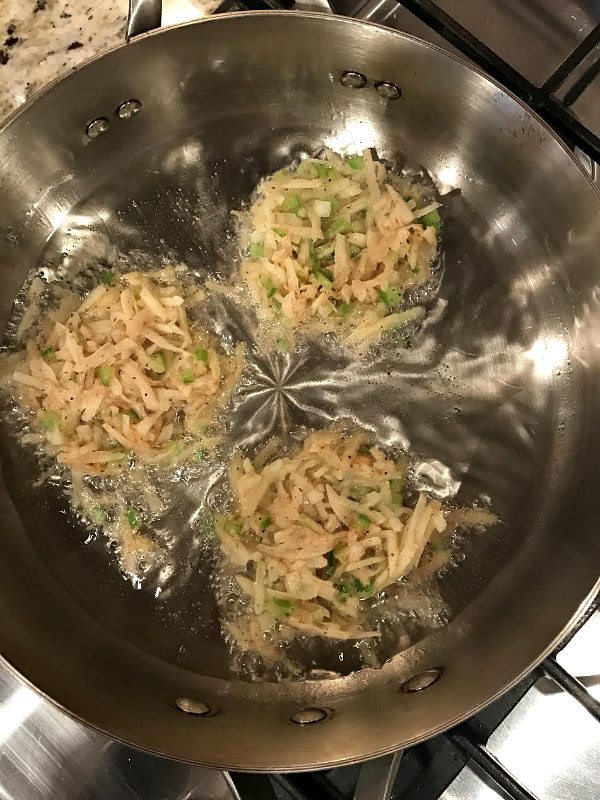 Author Jennifer Farley hails from Maryland- where Old Bay spice is commonly used in a wide range of recipes.  Old Bay is a nice mixture of spices that lend themselves well as an addition to a latkes recipe.  Great idea! 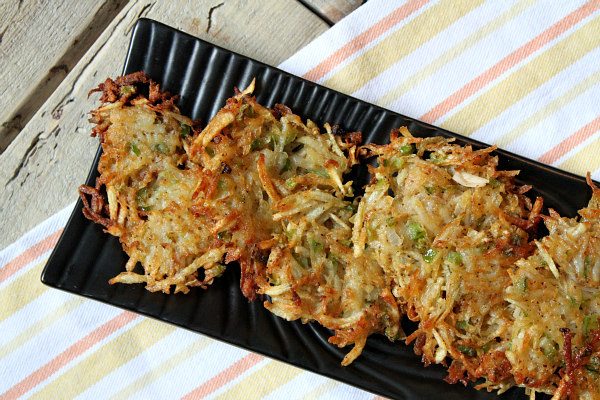 I shredded my potatoes (alternately, you can choose to do them in a food processor… if you prefer a “cake” like latke instead of hash brown consistency).

When I worked at my Jewish school way back when, the latkes were always made from shredded potatoes. 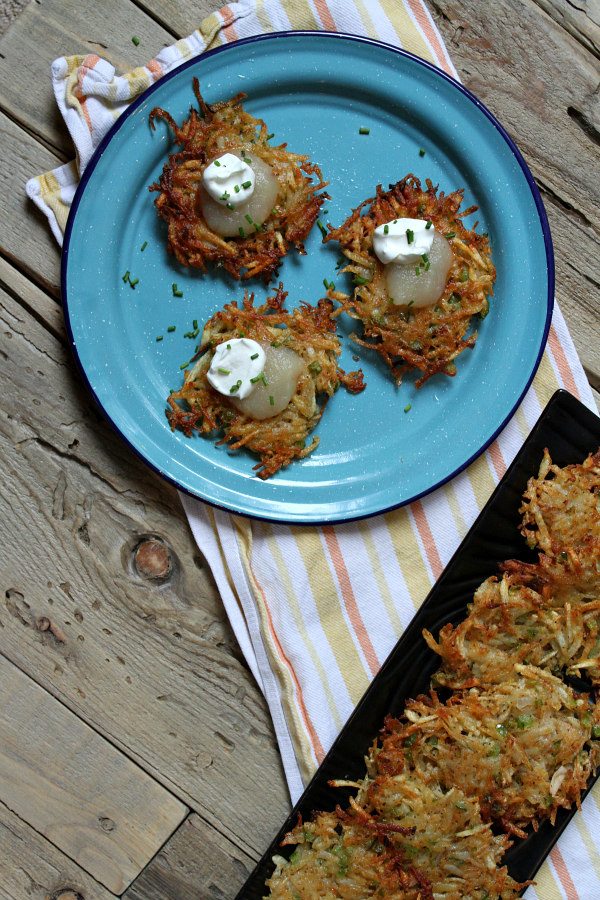 After a quick fry in hot oil, the latkes are topped with sour cream and applesauce- my favorite way to eat them.  If you prefer them plain… or with one or the other… then do that! 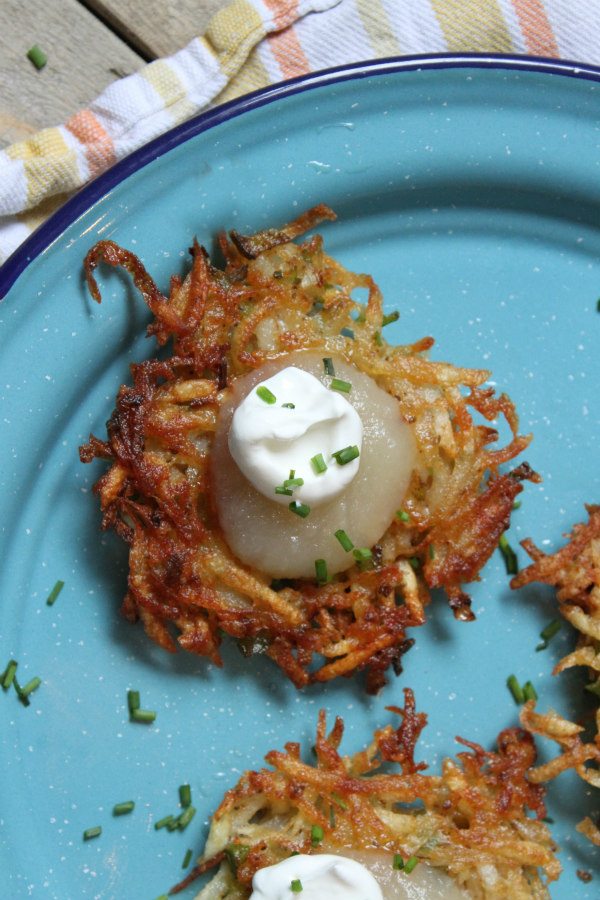 I loved this easy and delicious latke recipe from The Gourmet Kitchen cookbook!

Happy Hanukkah to those who celebrate 🙂 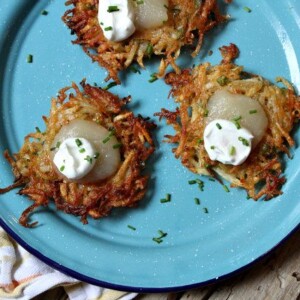 SOURCE:  RecipeGirl.com (adapted from The Gourmet Kitchen by Jennifer Farley)

Here are a few more recipes for latkes that you might enjoy:

Disclosure:  There are Amazon affiliate links for purchase of the cookbook mentioned within this post.