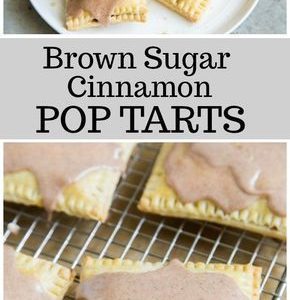 These Brown Sugar Cinnamon Pop Tarts are made with simple, all-natural ingredients. This pop tart recipe is the kind of recipe you’ll be happy you made homemade! 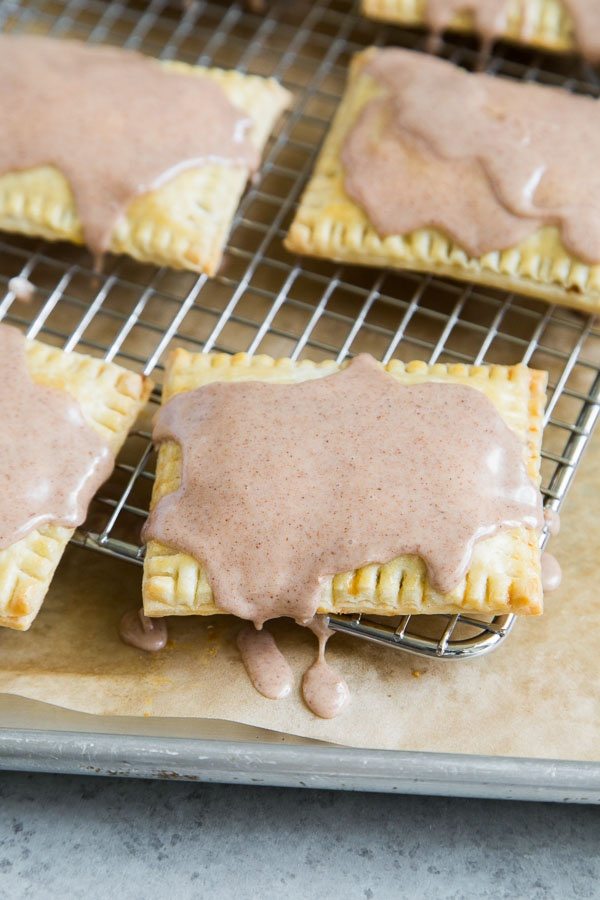 Frosted brown sugar cinnamon Pop Tarts were my favorite breakfast treat growing up. I liked them at room temperature straight out of the container. I enjoyed them warmed and toasted with a glass of ice cold milk. And during the hot summer months, I would freeze them and use them to sandwich ice cream! (Yes, super sweet and decadent!) Although I still have a soft spot for Pop Tarts, I haven’t bought them in years.

Why purchase the store-bought ones that are loaded with preservatives, when I can show you how to make pop tarts at home?! 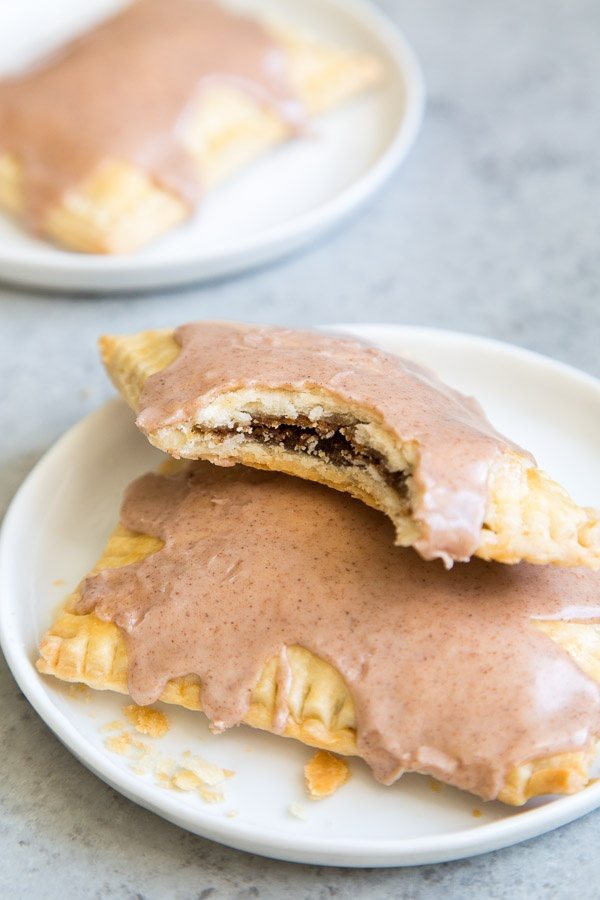 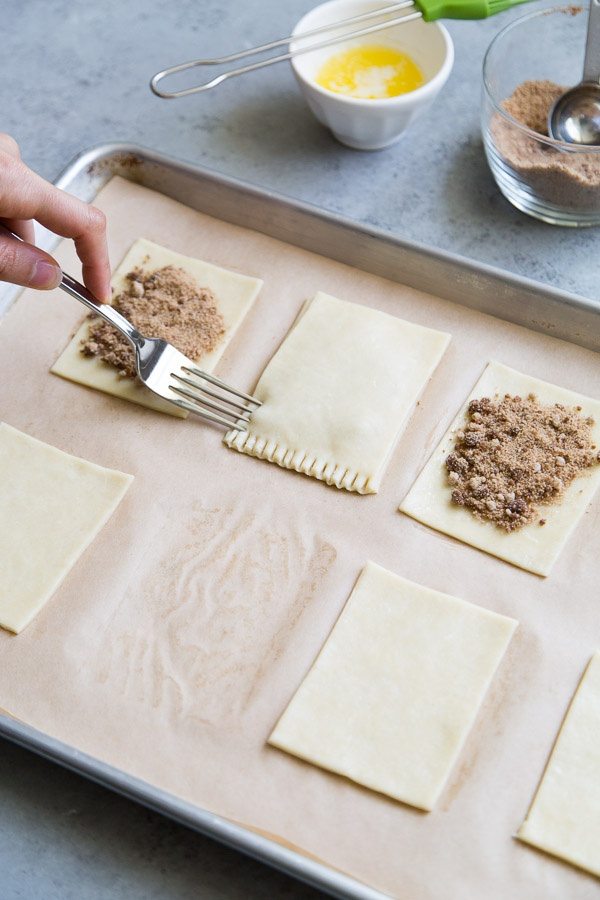 How to Make Pop Tarts 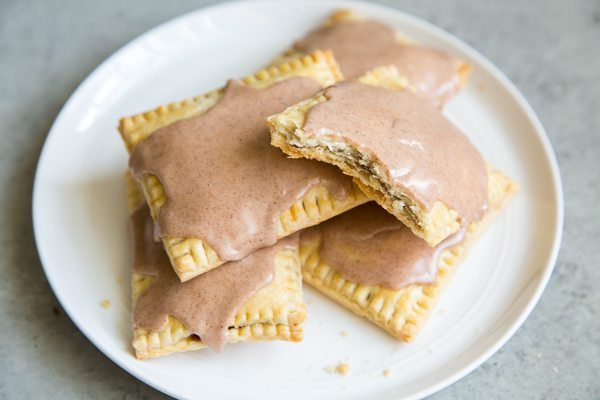 After baking, the brown sugar cinnamon pop tarts are frosted with a sweet cinnamon glaze. The pop tarts can be immediately eaten after glazing. Or, if you’re patient, you can wait until the glaze sets and hardens.

This pop tart recipe is best eaten the day they’re made. Leftovers can be stored in a container with a loose fitting lid. The glaze needs air circulation, otherwise, the glaze will melt.  Now you know how to make pop tarts!

Here are a few more breakfast treats you might enjoy: 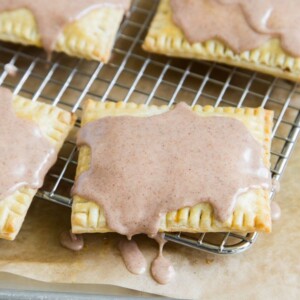 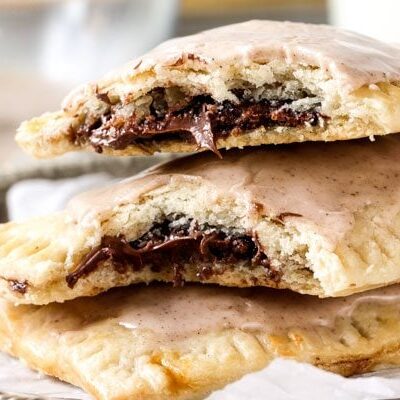 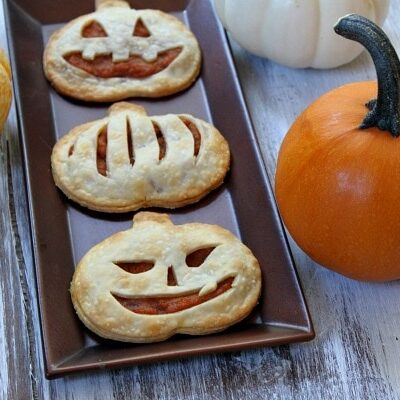 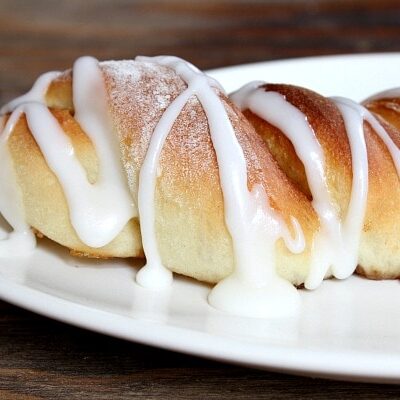 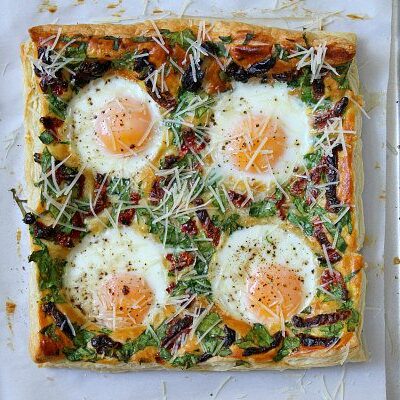 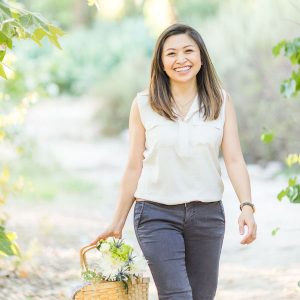 Maryanne Cabrera specializes in baking, desserts, and cocktails. She is a graduate of the Culinary Institute of America and the French Pastry School. A Los Angeles native, she shares her recipes and adventures at TheLittleEpicurean.
Previous