On a recent apple-picking venture in our local mountains, I found myself coming home laden with more than just apples… apple cider, apple butter and pumpkin butter followed me home too. I found uses for the cider and apple butter within muffins and breads. But the pumpkin butter stumped me. Sure, I could have used it on toast or bagels or any of the normal ways to use it up. But truthfully, I don’t really care for it all that much for breakfast. My answer was in a dessert recipe: Cheesecake- Topped Brownies with Pumpkin Butter Swirl. 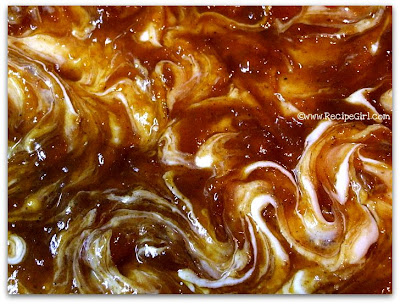 The bottom brownie layer was thick, while the cheesecake functioned as a thin layer on top. A mixture of pumpkin butter and apricot jam were swirled into the cheesecake. 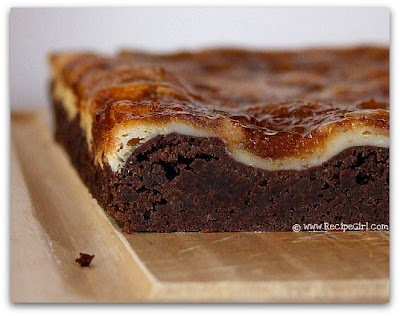 The brownie itself was very fudgy- similar in texture and taste to Ina’s brownies. I liked that they turned out a bit uneven and ‘hilly.’ It made them a little more interesting, and each sliced brownie was unique in its appearance. 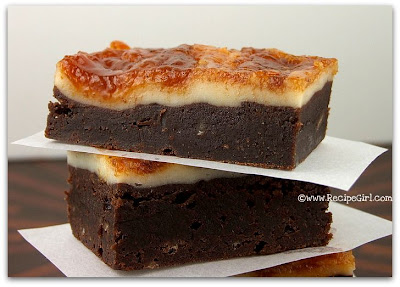 The pumpkin-swirled tops of these brownies remained sticky and gooey, so a little sheet of parchment in-between layers took care of containing the mess as well as the impending disaster of glued-together treats. 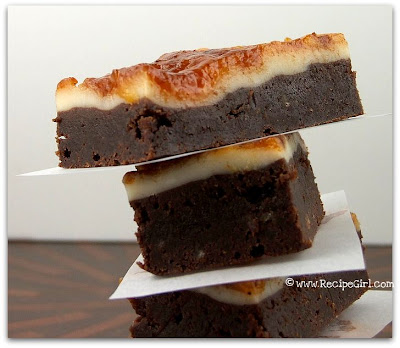 This is what happens when you make your subjects sit for an extended photography session where they are poked and prodded and commanded to perform. They get sleepy and lazy and bored and… tip over. 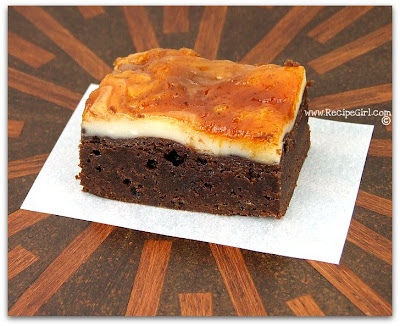 If you’re looking for a fall treat recipe that makes a large quantity… this is a good one. I made these in a 12×17-inch half-sheet pan and ended up with about 4 dozen brownies (yeah, the teachers got these treats too.) We ate one, or two (ok three). And I have to say that these were also terrific when paired with a scoop of lowfat vanilla ice cream.

This recipe can be found HERE.