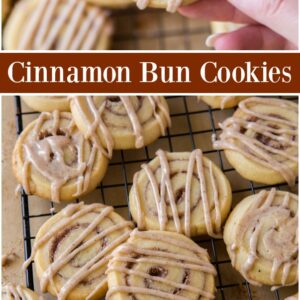 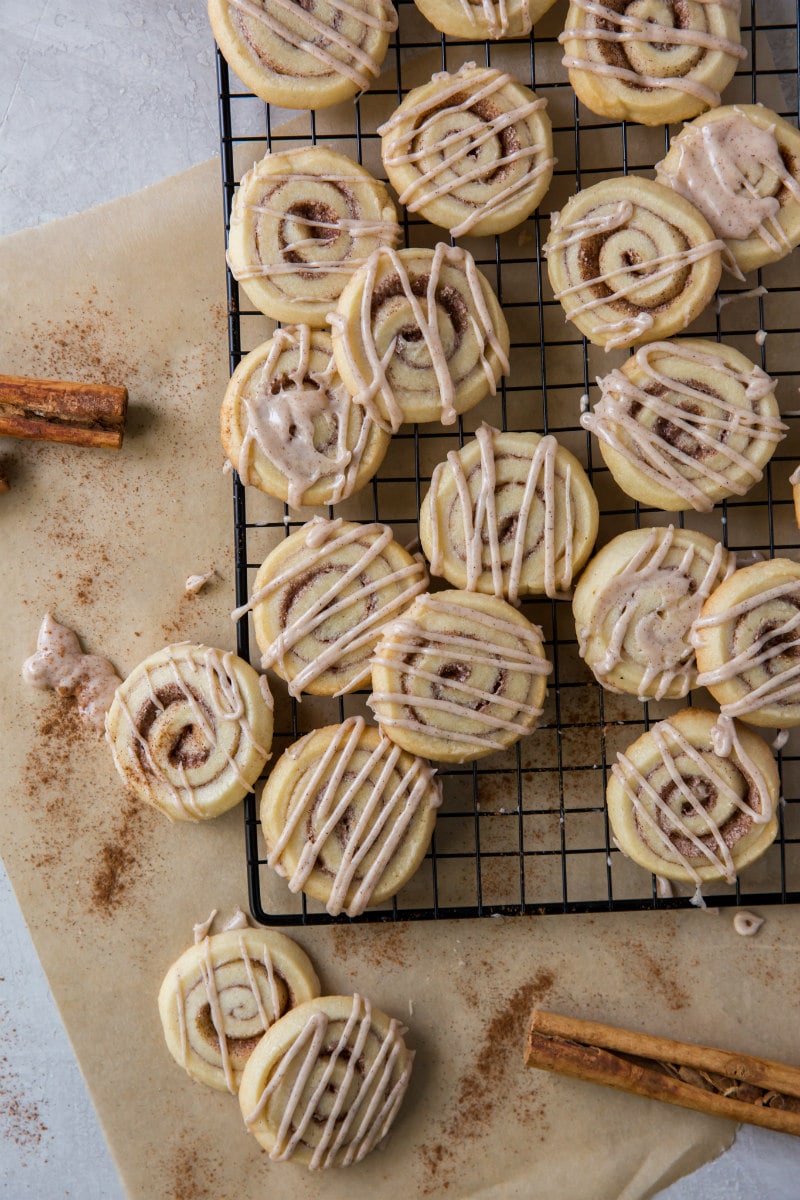 Cinnabon fan? Schedule time at the gym now so you can plan to sample several of these. That’s how delicious these Cinnamon Bun Cookies are.

When I was little, my mother used to make ‘pie dough cookies.’ She took leftover pie dough, rolled it out, spread butter and cinnamon/sugar, rolled it up, cut slices and baked. That was some good stuff. Love the memory of it too. Thanks Mom. 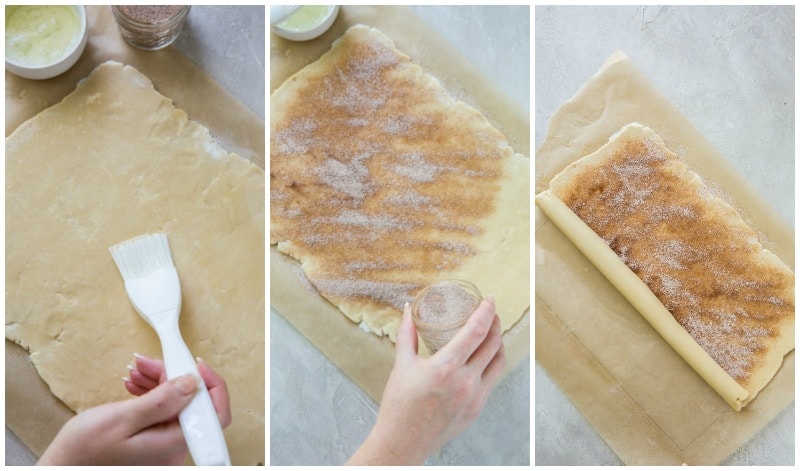 These cookies are not made with pie dough, but the concept is the same as cinnamon rolls. Vanilla cookie dough is rolled out, sprinkled with cinnamon and sugar and rolled back up into a log. 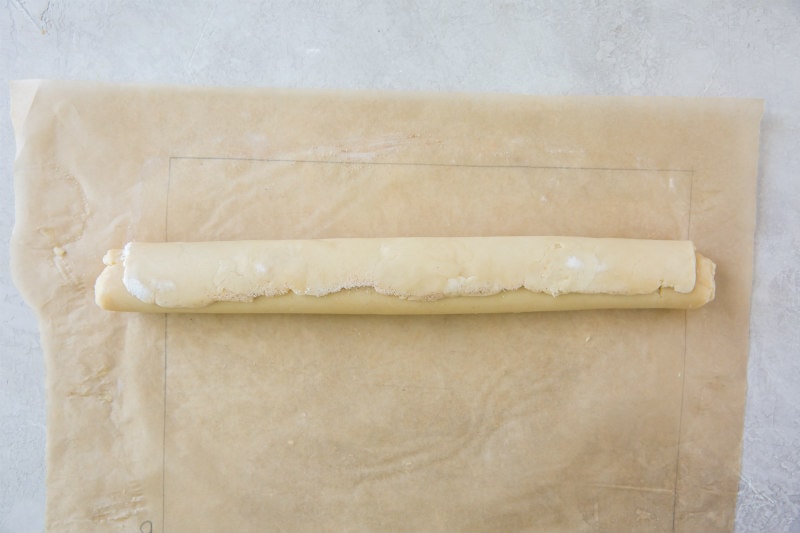 The log is then wrapped up and frozen. I freeze mine overnight, but you could certainly freeze it for a longer period of time… or just a couple of hours might be ok too. 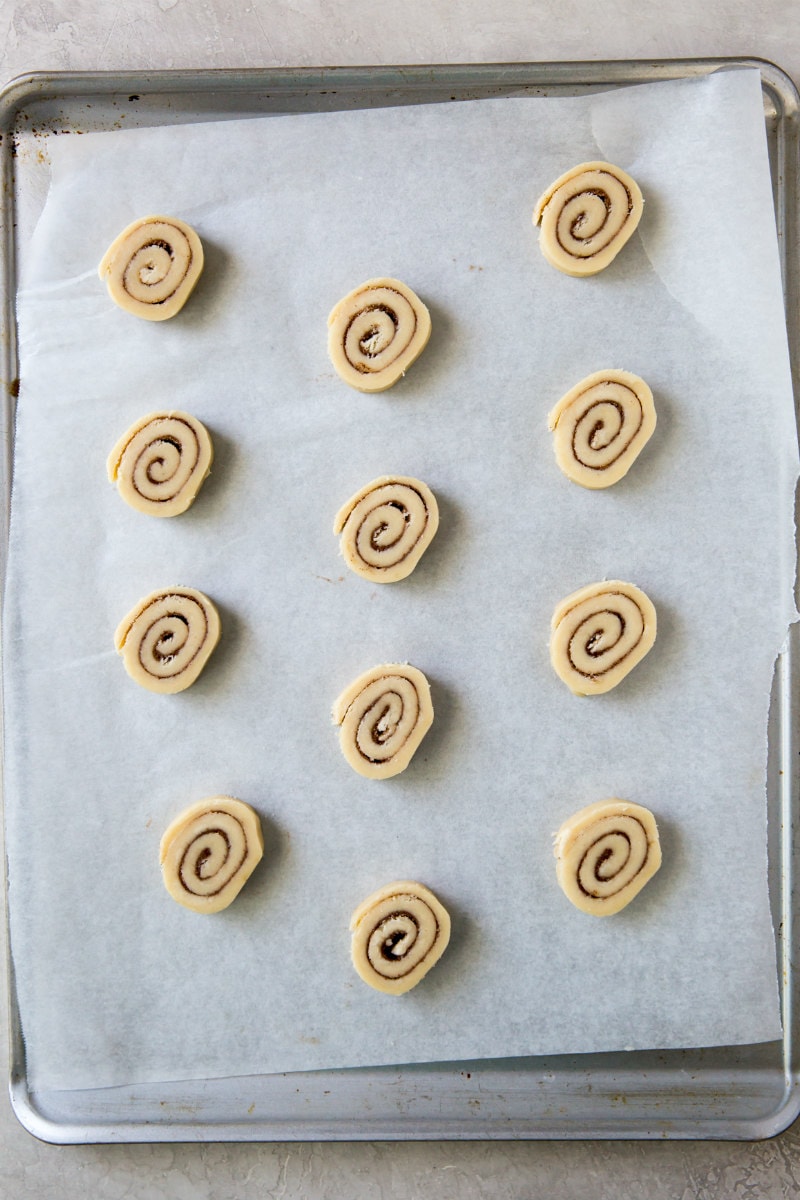 The cookie dough log needs to be quite firm so that when you slice it- it’s firm enough that it will maintain its round shape. Half inch cuts will produce about 2 dozen cookies. That’s not a huge amount.  Several readers have suggested that it’s best to double this recipe so you have enough cookies to eat AND share! 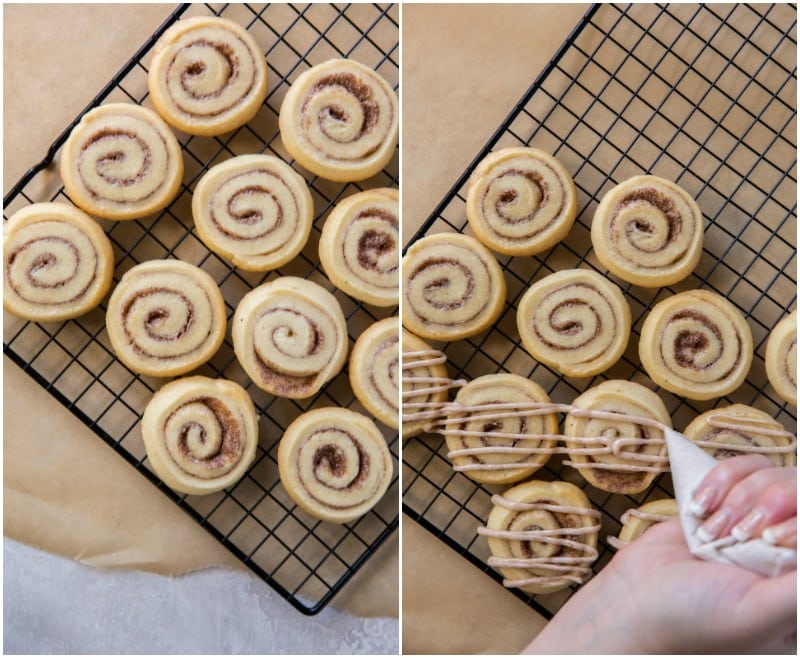 Once out of the oven, you will be drizzling a sweet cinnamon glaze on top.

The first time I made these, my husband ate half a dozen of these before I could manage to tell him that there was icing to go on top (he defended his gluttonous actions by explaining that he consumed fewer calories). They are perfectly delicious without the icing, but the icing really turns them into ‘wow’ cookies. 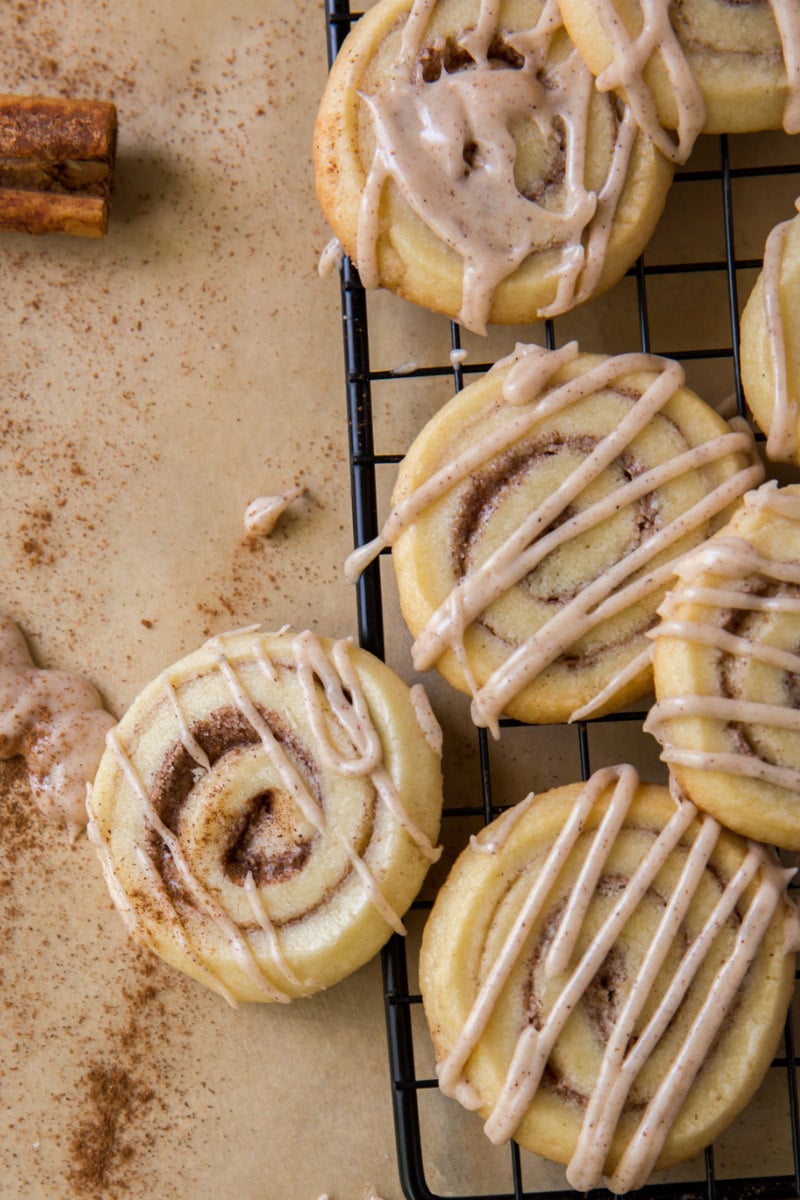 The icing is delicious, and it will harden after letting it cool. 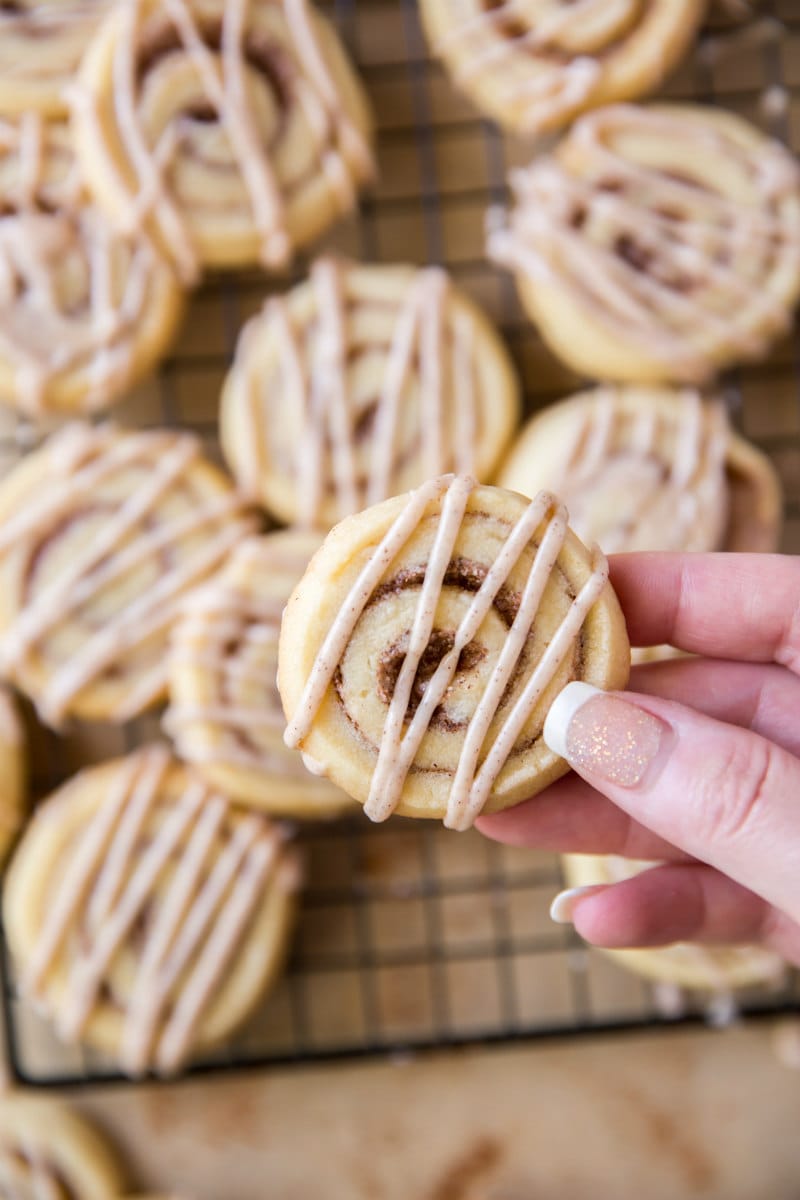 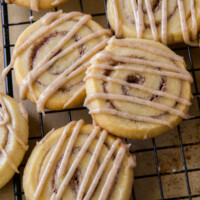 Print Pin Save Saved!
5 from 4 votes 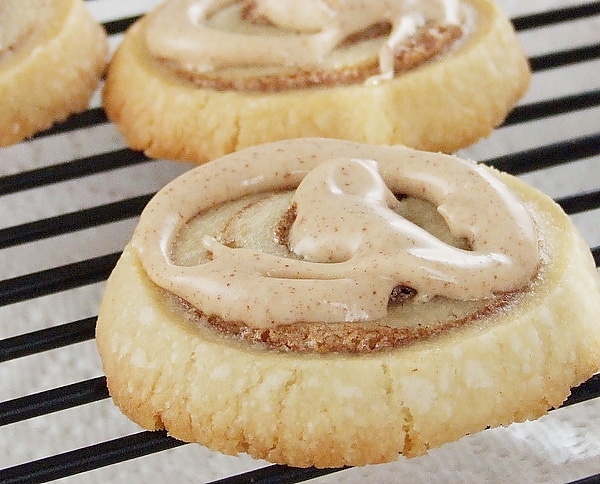