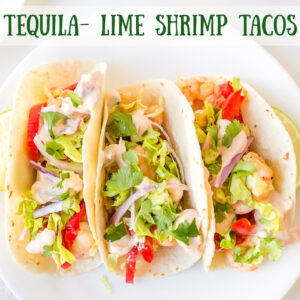 These Tequila Lime Shrimp Tacos have hints of a margarita with tequila, citrus, lime, and added chipotle cream sauce tucked into tortillas.

There’s a funny story about these fish tacos. A Latin magazine written entirely in Spanish contacted me about 13 years ago and asked if I would create a recipe to be published in their magazine. Having never been published before, I was super excited and agreed. I created this recipe for Tequila Lime Shrimp Tacos! So I photographed them and sent along the recipe to the magazine. They published it, but I have no idea what the article said because I don’t speak Spanish. Ha! 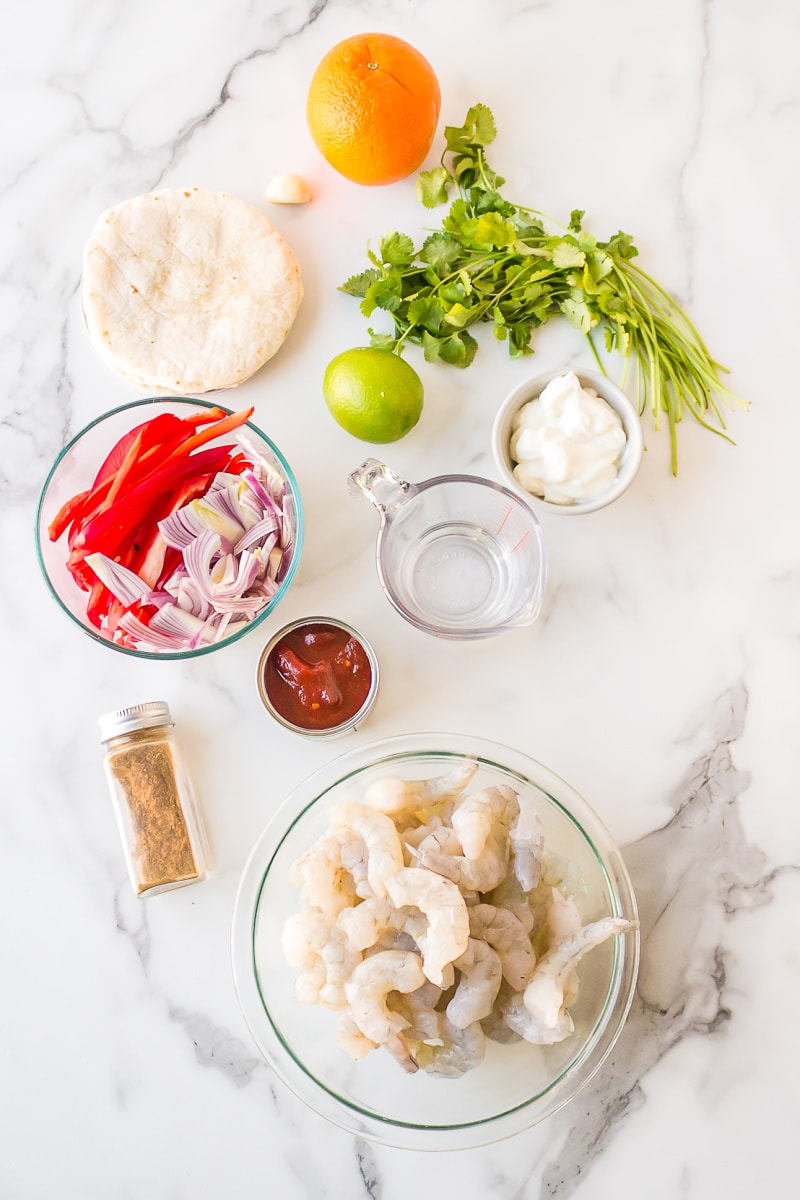 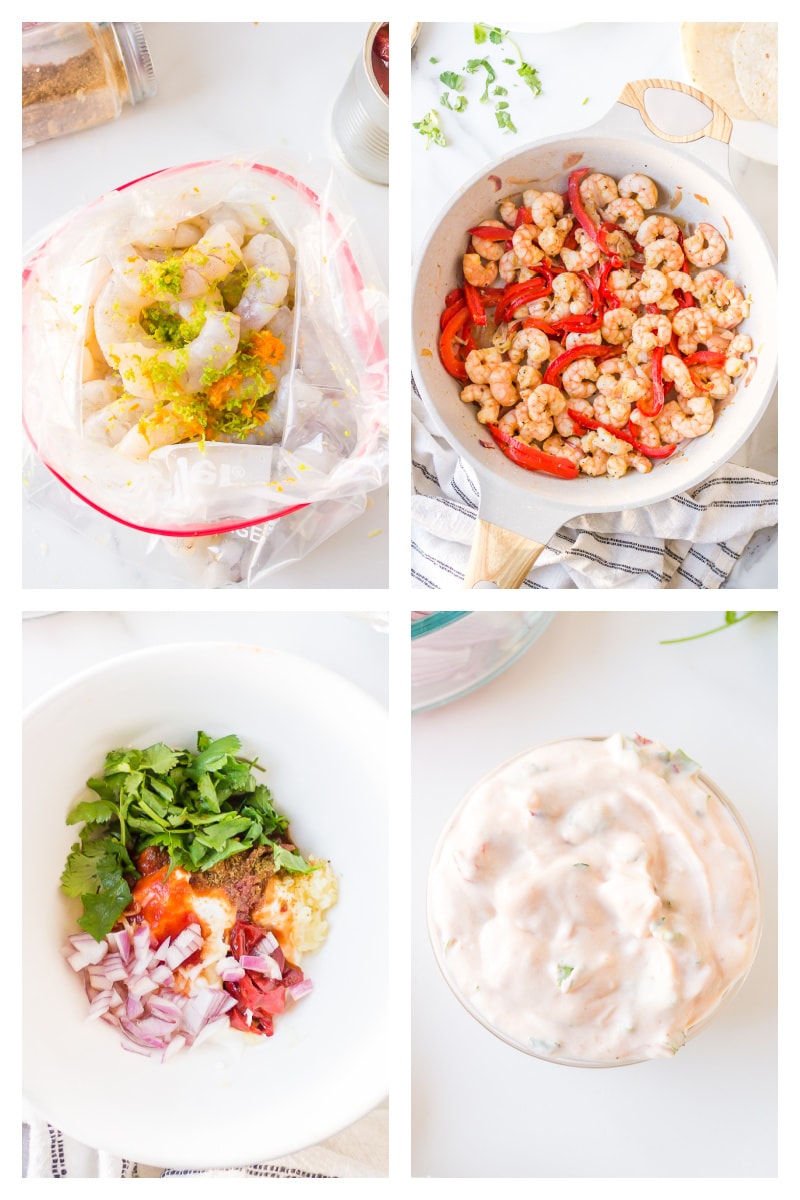 The full, printable recipe is at the end of this post. 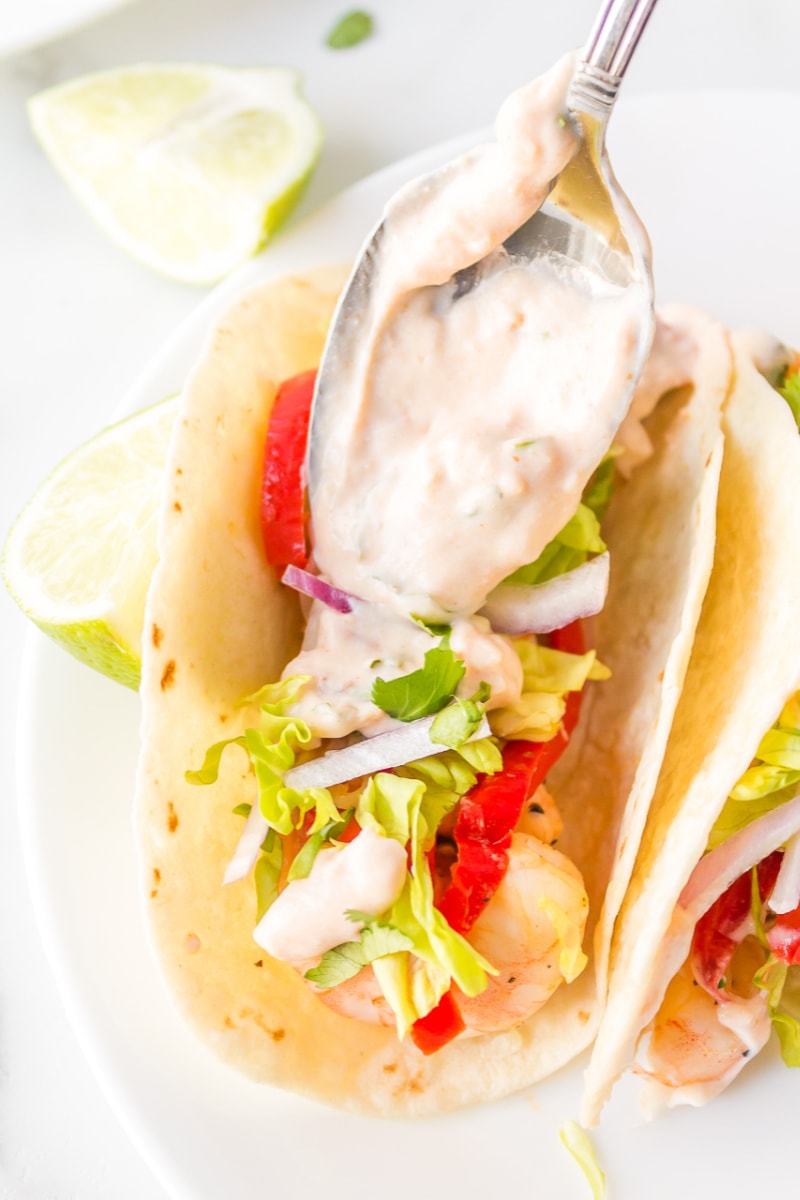 And finally, cook the shrimp. Heat the oil in a large skillet to medium-heat. Sauté the bell pepper and onion until slightly charred. Add the shrimp to the pan. Stir often, and cook just until the shrimp turn pink and curls up. Remove from heat.

In warmed tortillas, place the shrimp, peppers and onions. Add the lettuce, drizzle with chipotle cream sauce, and sprinkle with cilantro. Serve with lime wedges. 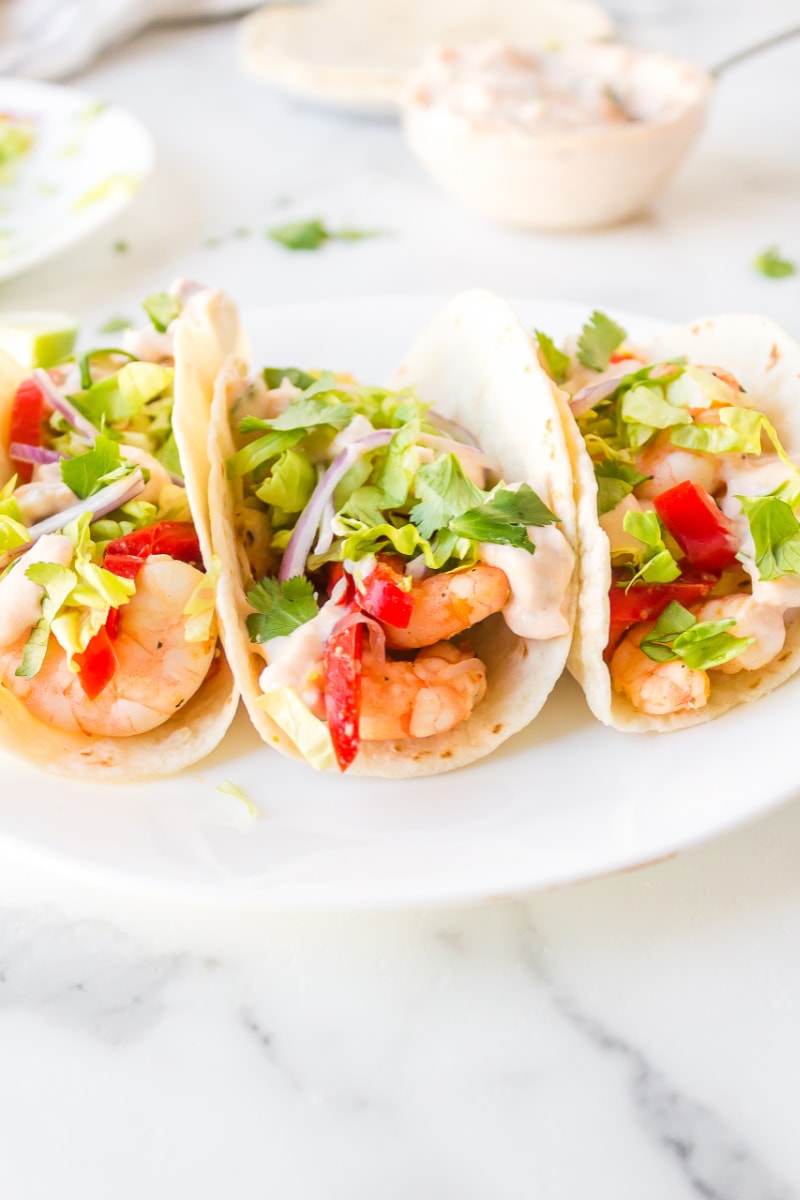 Add a side dish of beans, a couple of handfuls of chips (and a Corona or two for the adults), and you will have a fabulous dinner. These are completely delicious. 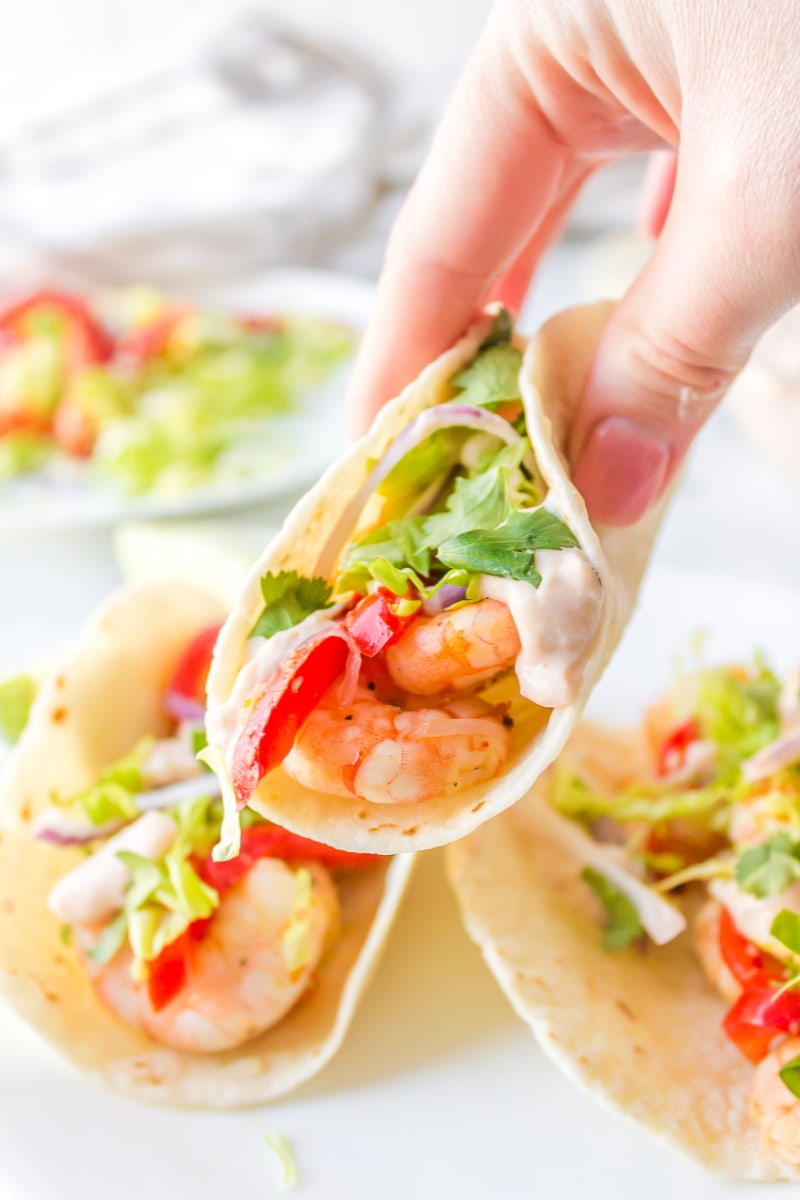 The flavors are fresh in these Tequila Lime Shrimp Tacos, and they feel healthy but are also filling.  They’re a good choice to serve up on Cinco de Mayo too (if you’re a celebrator). Enjoy!

I'm a big fan of classic fish tacos, so I decided to create a shrimp version with all of my favorite flavors...citrus, tequila, lime & chipotle.

PREPARE THE SHRIMP WITH MARINADE: 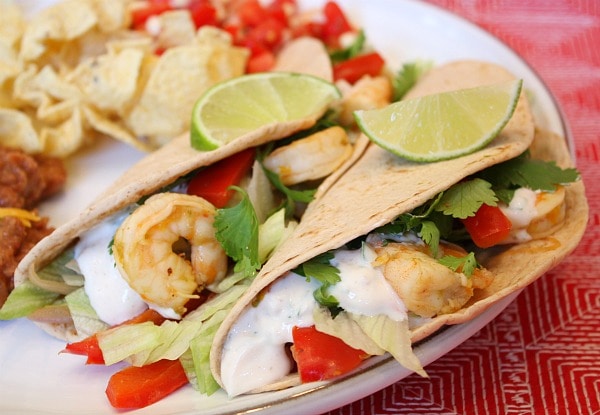