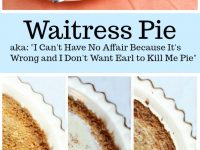 This Waitress Pie is one of the pies featured in the movie, “Waitress.”  It’s a custard pie with a graham cracker crust and toasted meringue on top. 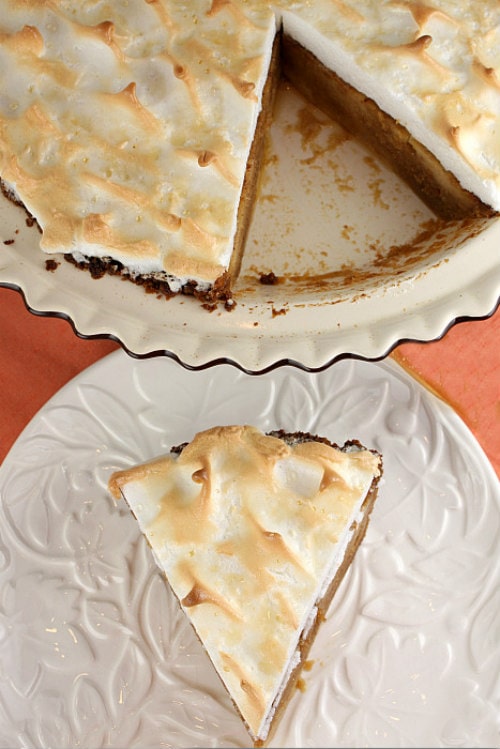 Some blogging friends and I got to chatting about pie recipes one day.  Remember the  movie “Waitress?”… all the pies with the funny names that the main character would bake up as she daydreamed of a life without her deadbeat husband?

If you haven’t ever seen this movie, you simply must rent it- it’s pretty hilarious.  All of the pies in the movie look delicious, so I decided to bake one of the pies from movie.

I’m calling my pie recipe Waitress Pie, but in the movie it’s called I Can’t Have No Affair Because It’s Wrong and I Don’t Want Earl to Kill Me Pie! 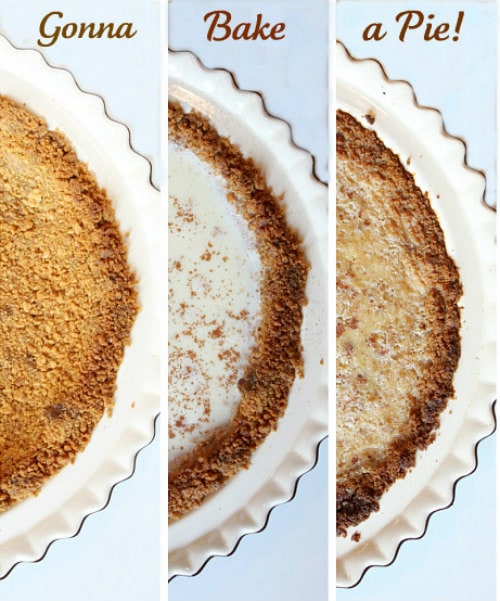 How do you make Waitress Pie?

It starts with a classic graham cracker crust that is filled with a custard base and baked until firm. 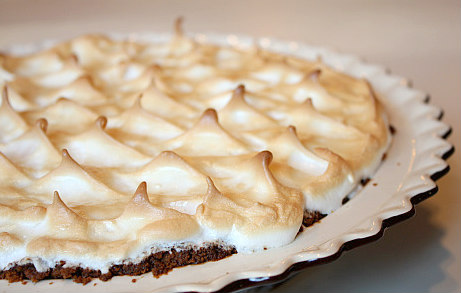 A layer of toasted meringue tops off this Waitress Pie.

The way that it’s made, part of the thick layer of graham cracker crust migrates a bit into the custard layer as it’s baked. 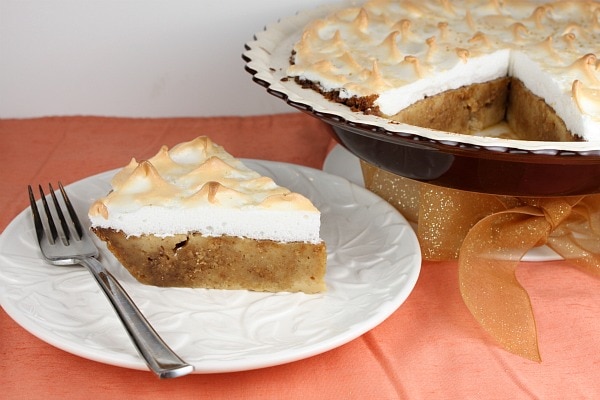 How does Waitress Pie taste? 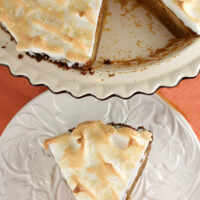 This Waitress Pie is a custard pie with a classic graham cracker crust.  There is toasted meringue on top!