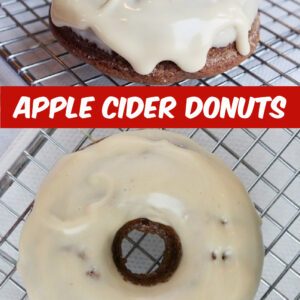 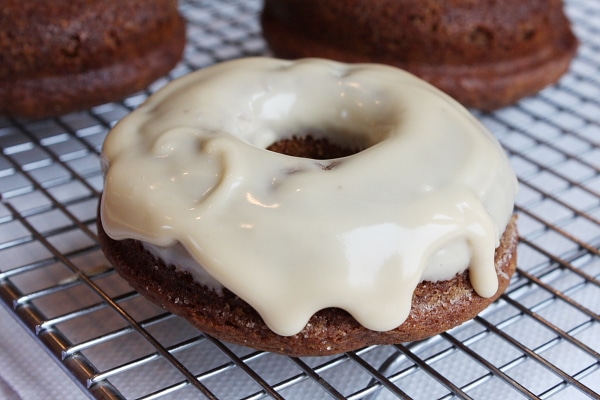 I remember hopping in the car to accompany my Dad to Winchell’s, where we’d choose a variety of donuts to bring home to the family. Personally, I liked the maple bars, old-fashioned and anything with pink icing or sprinkles. As a girl who is more often than not watching her calories, I don’t visit too many donut shops these days. Instead I do things at home, like make these baked Apple Cider Doughnuts. 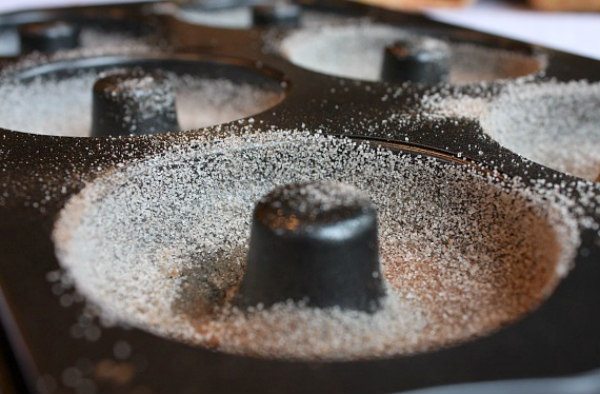 The pans are lined with nonstick spray and a sprinkle of sugar. I invested in some donut pans on Amazon, but something tells me they’d bake up just as well in a mini-muffin pan. 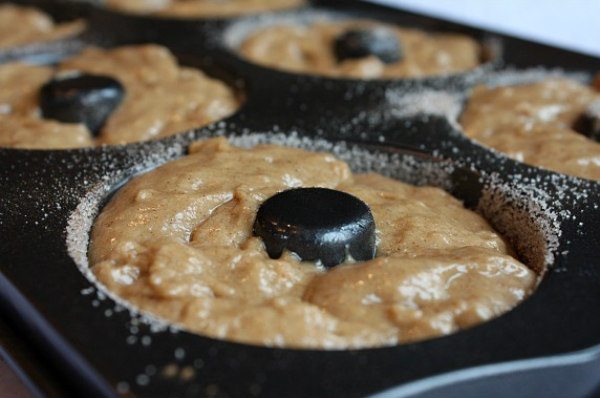 Be careful not to fill the batter to the tops of your donut pans or you’ll lose the hole-in-the-middle when they puff up while baking. Uh, yeah… that happened to some of mine. 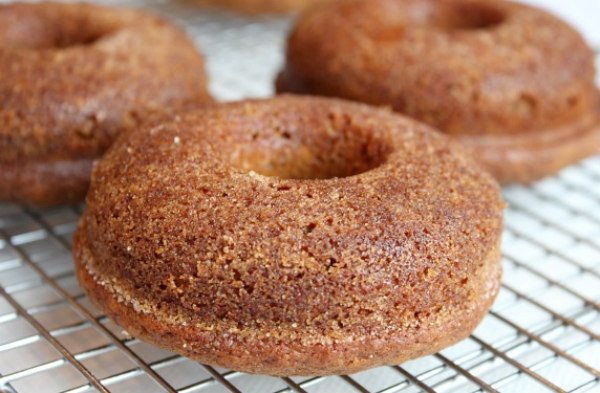 They’re pretty good on their own without any adornments. 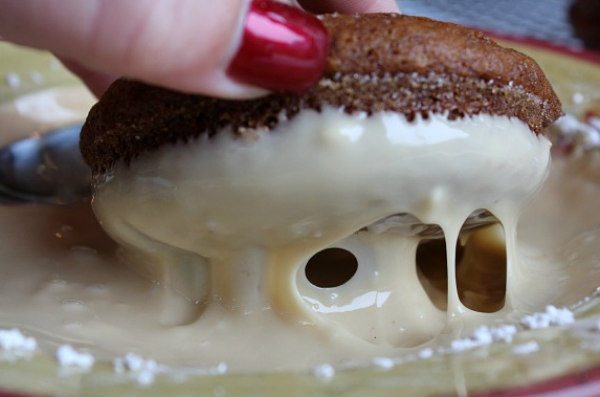 Apple Cider Doughnuts are even better dunked into glaze. This glaze is a simple mix of powdered sugar, light cream cheese, cinnamon and milk. 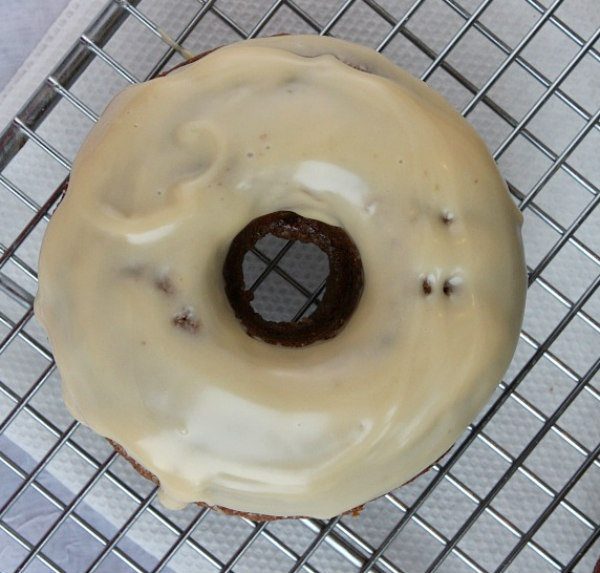 Place them on a rack to let the icing set. 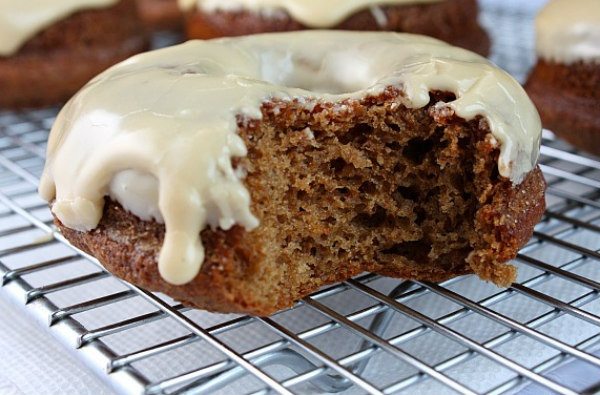 They’re ready to eat when you are. The texture of these is a bit different than regular, full-fat, evil donuts. They kind of have an airy cake texture. I think they are best eaten the day they are made. My family would probably disagree and tell you that day-old leftovers are just as good! Enjoy! 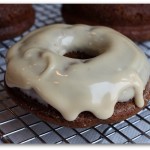 These baked doughnuts are lower in fat and calories than your typical doughnut, but every bit as delicious!