My Mother-in-Law apparently makes the best Irish Soda Bread. My son Brooks spends weekends sometimes with his grandparents and comes home raving about his Grammy’s homemade bread.  Wouldn’t you think he’d like Mom-the-Recipe-Girl’s recipes for soda bread the best?  Nope- Grammy has always had his heart won on hers.  The funny thing is- I don’t even think she follows a recipe!  I’ve never seen one written, but I suppose I’ll have to do some heavy investigating.  In the meantime, I messed with Bon Appetit’s recipe for Brown Butter Soda Bread to create my own twist on this bread. 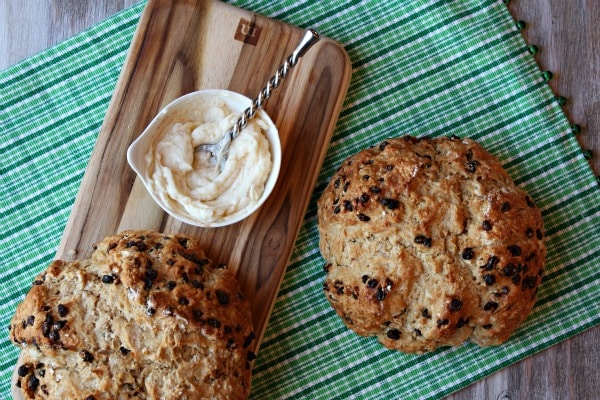 BA’s version was a savory sort.  I took the savory out of it and turned it into sweet instead.  The bread itself isn’t sweet, but I didn’t want rosemary or other spices mixing flavors with the dried currants that I wanted to add.  The most difficult part of this recipe is browning the butter, which takes all of 4 minutes on the stove and is super easy to do.  Take the time to brown the butter- it has magical flavors! 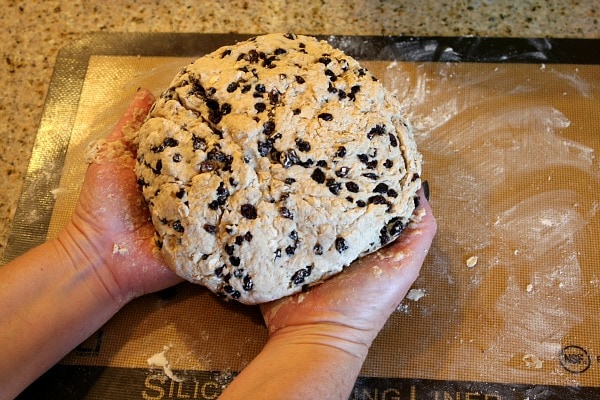 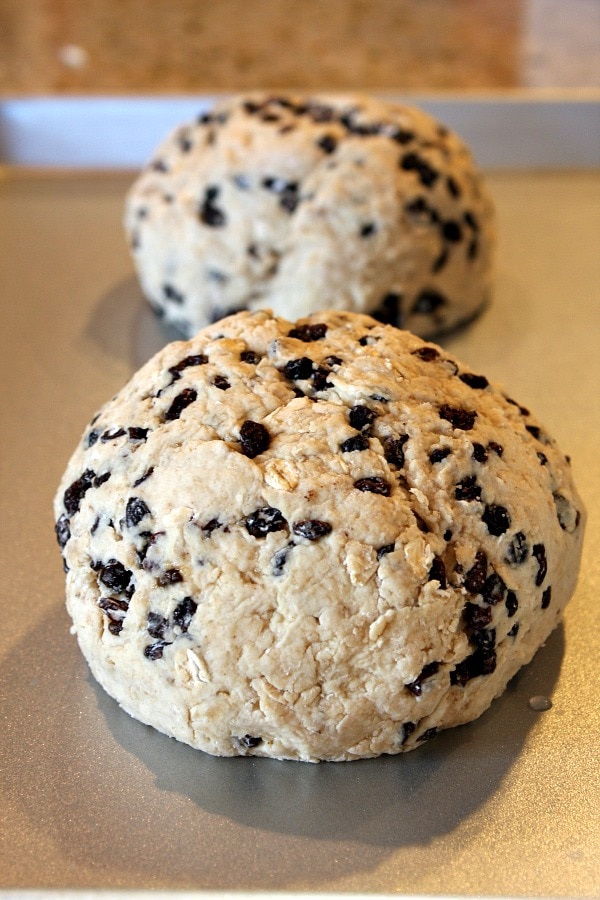 The dough is super easy to work with- I mixed in a little whole wheat flour to my recipe. No yeast is involved, and it just pats together into two small loaves. 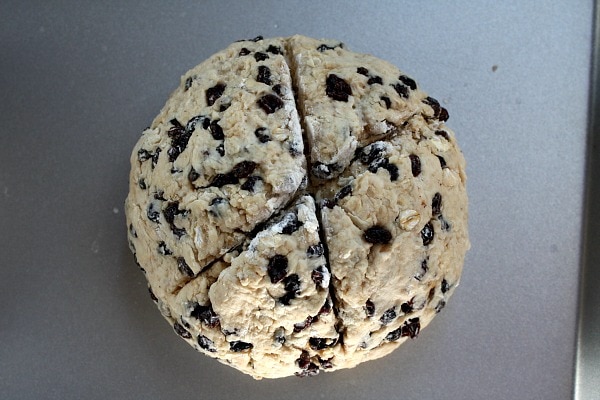 Cut (score) an X into the tops of the loaves. The “X” allows the bread to expand properly while cooking (and let steam escape).  It also provides for a visually appealing look to the surface of the bread.  Thanks to The Fresh Loaf for their awesome bread-scoring tutorial! 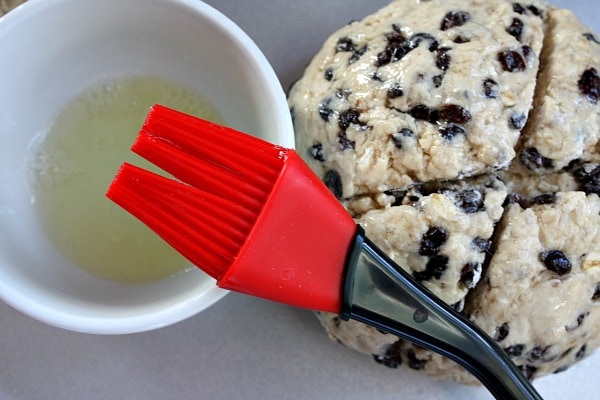 Brush with a little bit of egg white wash. 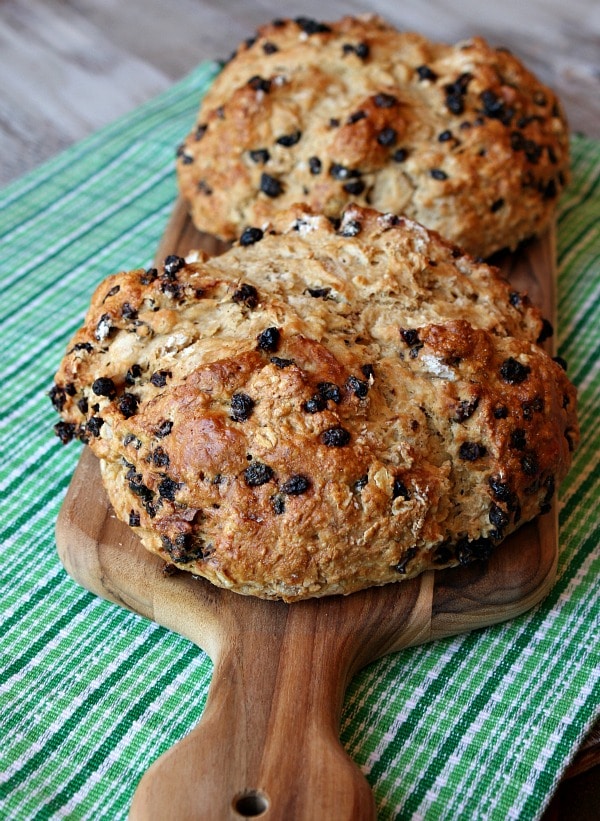 And bake until golden and crispy on the outside. 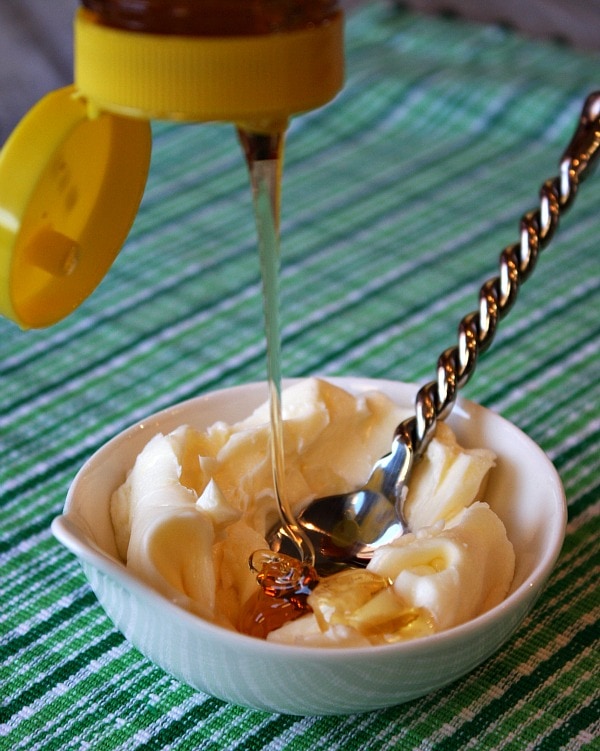 While my bread was baking, I assembled a sweet butter to go with it.  Mix softened butter with a good drizzle of honey and a sprinkle of cinnamon. 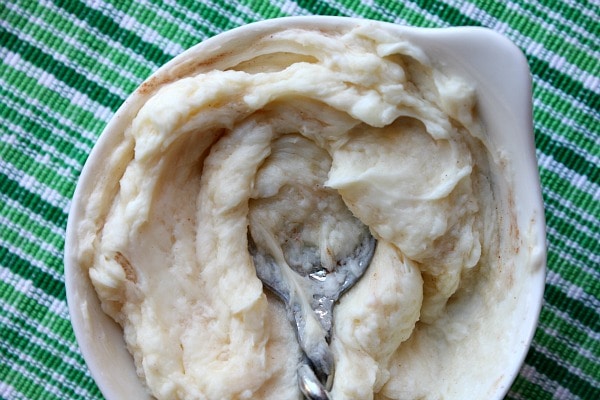 And you’ll see how amazing this is when spread onto warm soda bread.  It’s a must, really. 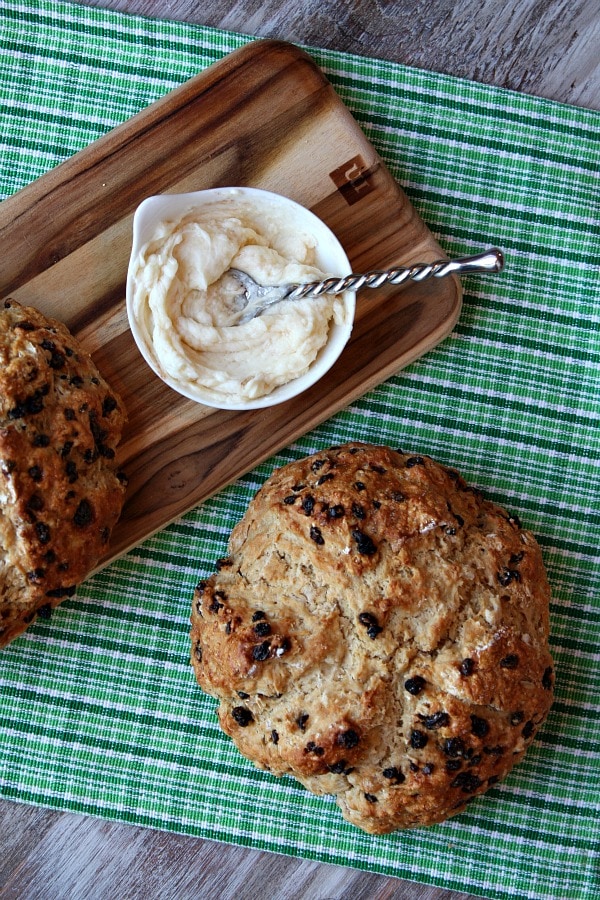 Ready for eating.  I suggest just tearing off a warm chunk of bread and having a go at it.  My family of three plowed through 1 1/2 of these small loaves during our dinner where salad was our main dish.  It was very easy to eat, and the honey butter was so good that I had to make more! 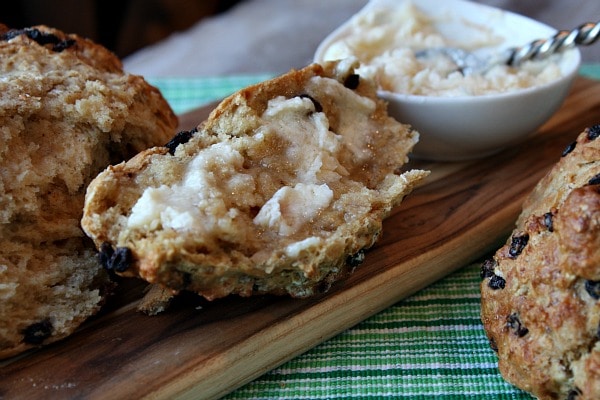 Check out Jessica’s version of this recipe on How Sweet it Is for a savory version of Brown Butter Soda Bread. 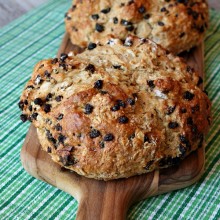 The brown butter makes this soda bread extra special. We love it served with honey butter.