Chicken Tikka Masala ~ an incredibly popular dish made with tender chunks of yogurt marinated chicken, folded into a richly spiced tomato sauce with just a hint of heat. 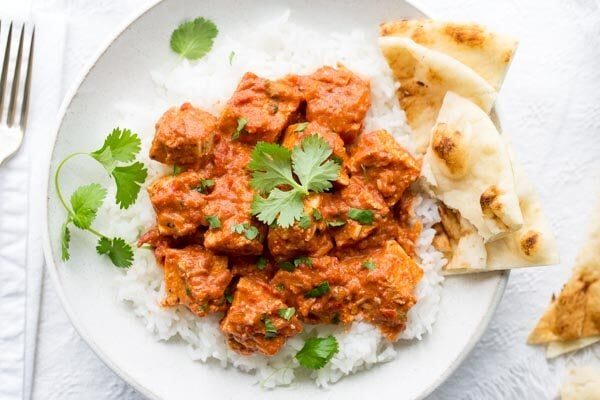 The beautiful orange-red color is common in all Chicken Tikka Masala dishes, but the spices vary greatly from recipe to recipe.  Many years ago when I tried Chicken Tikka Masala for the very first time, I knew this dish would be a regular on our menu rotation.  It was new and exciting and I was surprised to find the chicken incredibly tender, and the aromatic sauce rich with warm spices.  The aroma of this dish is certainly enticing with hints of cinnamon and fresh ginger.

Masala loosely means a mixture of spices commonly used in South Asian cooking.  Garam masala is one of the spices used heavily in traditional Indian cooking and is readily available in the spice section of your local grocery store. Garam masala is usually a mixture of ground coriander, black pepper, cumin, cardamon and cinnamon. 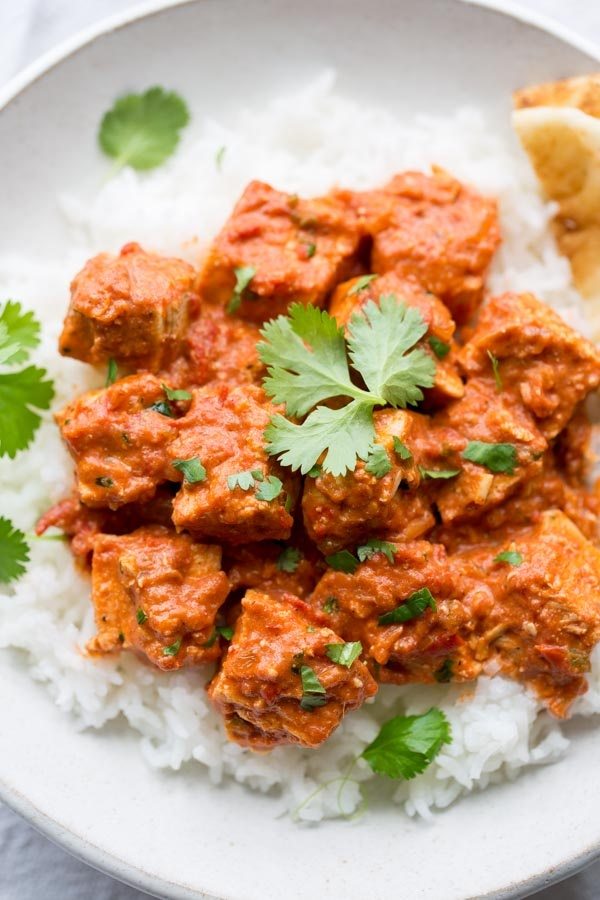 Chicken Tikka Masala is one the most popular dishes in the United Kingdom and has been called the true national dish of Britain.  The origins of the recipe are unclear, and often disputed, but the taste is certainly memorable.  If you can’t travel to Britain, India, Pakistan or Bangladesh where this dish is often served in restaurants, then make it at home.  It’s worth a little effort to multitask this to your table.  Enjoy a wonderful culinary adventure without leaving your own kitchen!

Garnish with cilantro and serve over rice with homemade naan bread on the side for a complete, filling and delicious meal! 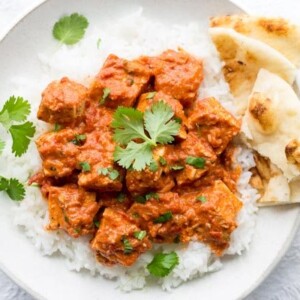 For the masala sauce:

HERE ARE A FEW MORE INDIAN INSPIRED RECIPES YOU MIGHT ENJOY: