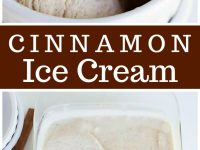 You will love this Cinnamon Ice Cream if you truly love cinnamon desserts. It’s creamy, rich and delicious!

Cinnamon is one of those amazing spices.  It lends awesome flavor to sweet recipes, and it lends a sweet spicy flavor to savory dishes too.

Cinnamon Ice Cream isn’t a traditional flavor by any means.  You’re not likely to find it in an ice cream shop unless you find an amazing place that makes brilliant flavors.  I consider cinnamon a brilliant flavor.  There’s an element of interest to it, and it’s just so darn sweet and spicy and good. 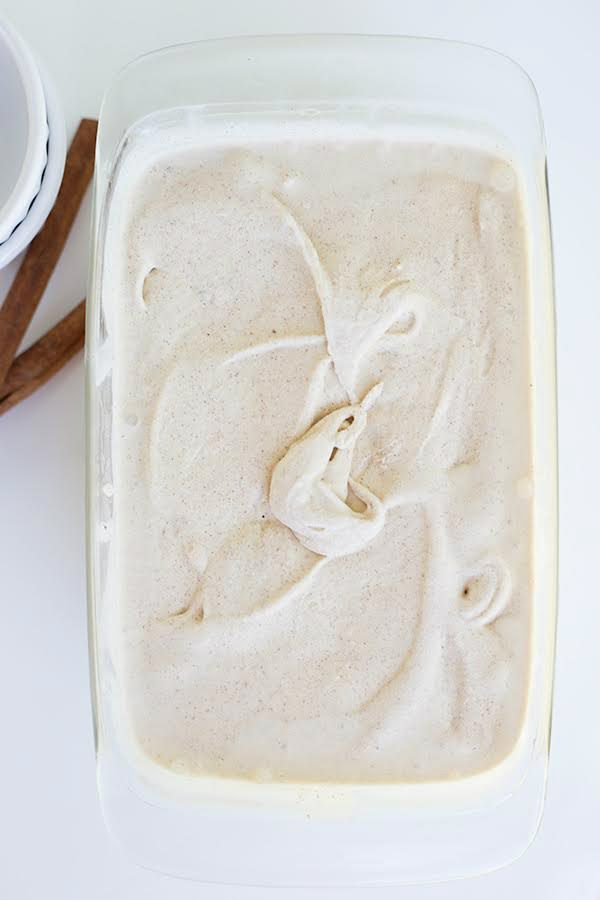 This recipe begins by making a traditional egg custard recipe that is infused with plenty of cinnamon.  You’ll use your ice cream maker to process the custard into a wonderful, rich ice cream, and then spoon it into a dish to store in the freezer.

When your ice cream is done processing, it’s going to have that velvety, soft consistency like soft serve ice cream.  This is when I like to spoon several samples into my mouth (you know… for checking the quality of the finished product and all!)  Once you freeze it for a few hours, you’ll get more of a traditional ice cream consistency out of it.

Cinnamon is definitely a star in this Cinnamon Ice Cream recipe, so add this one to your “must make” list if you’re a cinnamon spice fanatic!

If you are looking for more recipes where cinnamon is the star, you might also enjoy my Cinnamon Fudge and this Cinnamon Morning Cake.  Cinnamon Roll Muffins and Cinnamon Toast Cake, and Cinnamon Pie are delicious choices too. 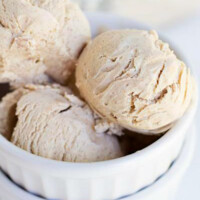 One of the best ice cream flavors out there!