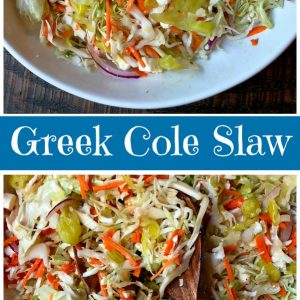 This Greek Style Cole Slaw has always been one of my all-time favorite cole slaw recipes.  I really love the tangy flavor, and the addition of feta cheese and pepperoncini.  It’s delicious!

When you think of cole slaw, this is probably not the type of cole slaw you’re thinking of.  This is a non-mayo based cole slaw.  It utilizes a light vinaigrette instead. 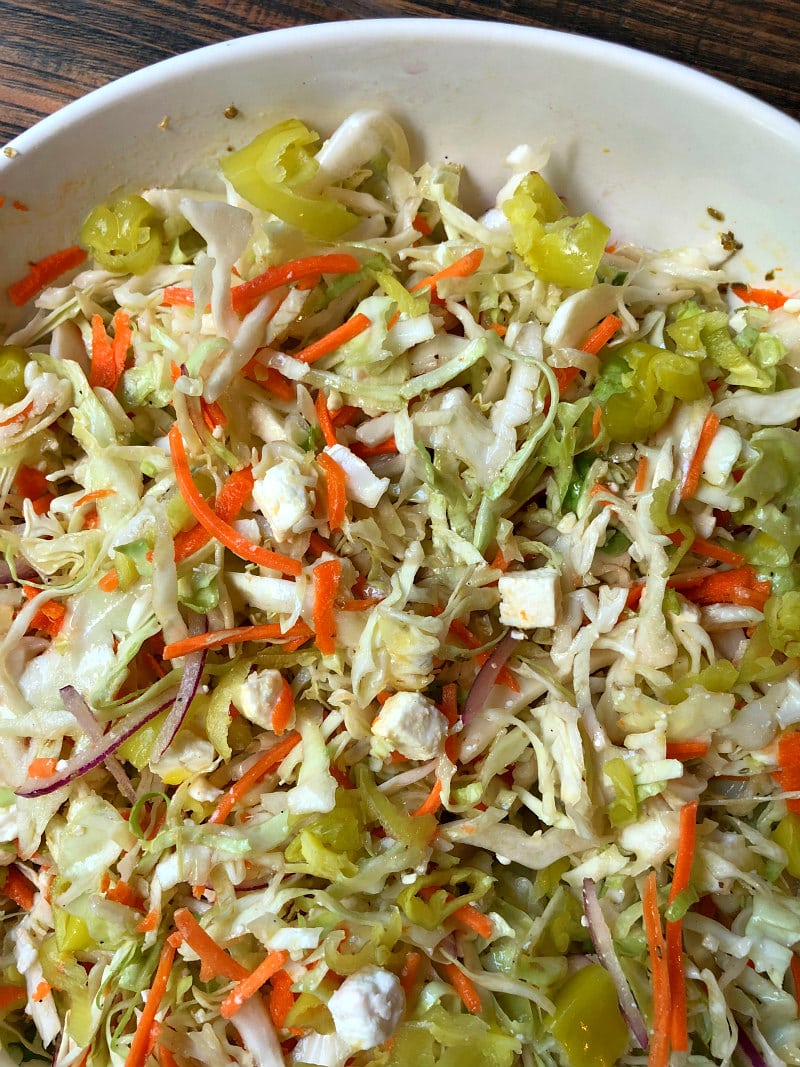 How do you make Greek Style Cole Slaw?

You’ll start off by buying one of those bags of cole slaw mix that you can find near the other bagged lettuce in your market’s produce section.  A cole slaw mix usually consists of shredded green cabbage, a few shreds of purple cabbage and shredded carrot.

The cole slaw mix is tossed with a simple red wine vinaigrette.  Feta cheese crumbles, red onion and pepperoncini are mixed in too.  This Greek Style Cole Slaw has some great Greek style flavors! 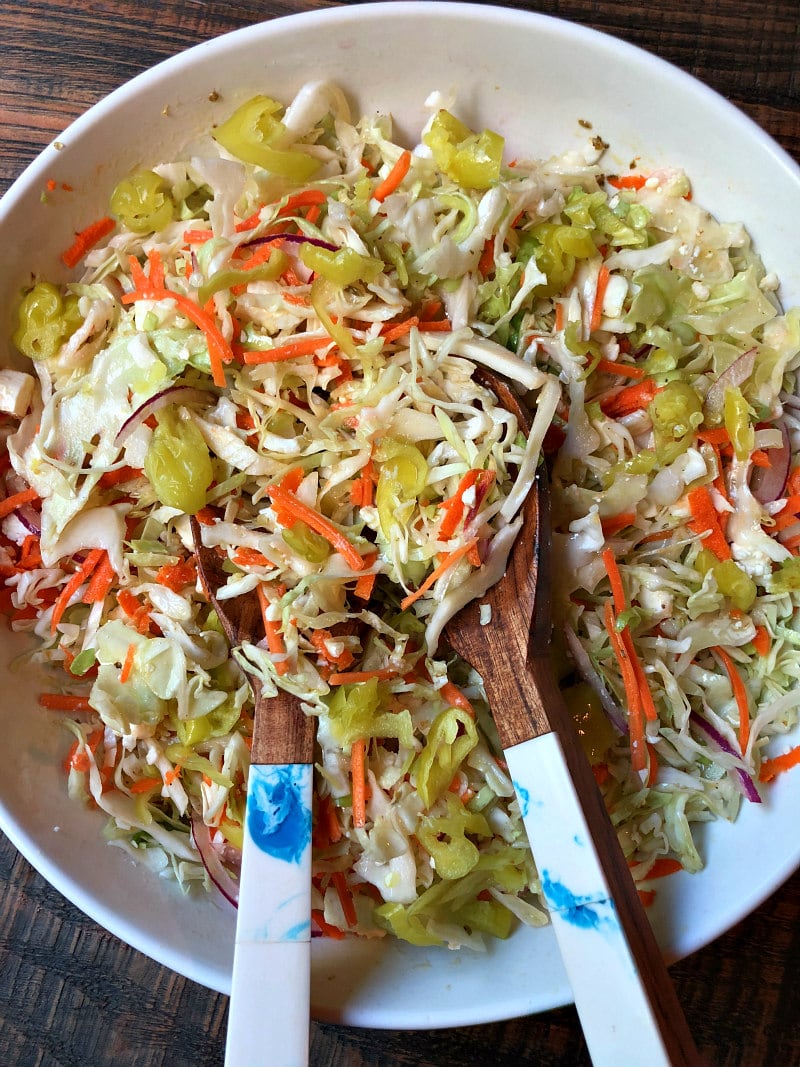 This is a nice, light cole slaw recipe.  I like to give it a little time to marinate in the refrigerator before serving. The flavor will be a little stronger since the cabbage will have a chance to absorb some of vinaigrette.

If you happen to be following the Weight Watchers program, a serving of this Greek Style Cole Slaw will cost you 2 points.  It’s so much better for you than a cole slaw that is soaked with a mayonnaise dressing. 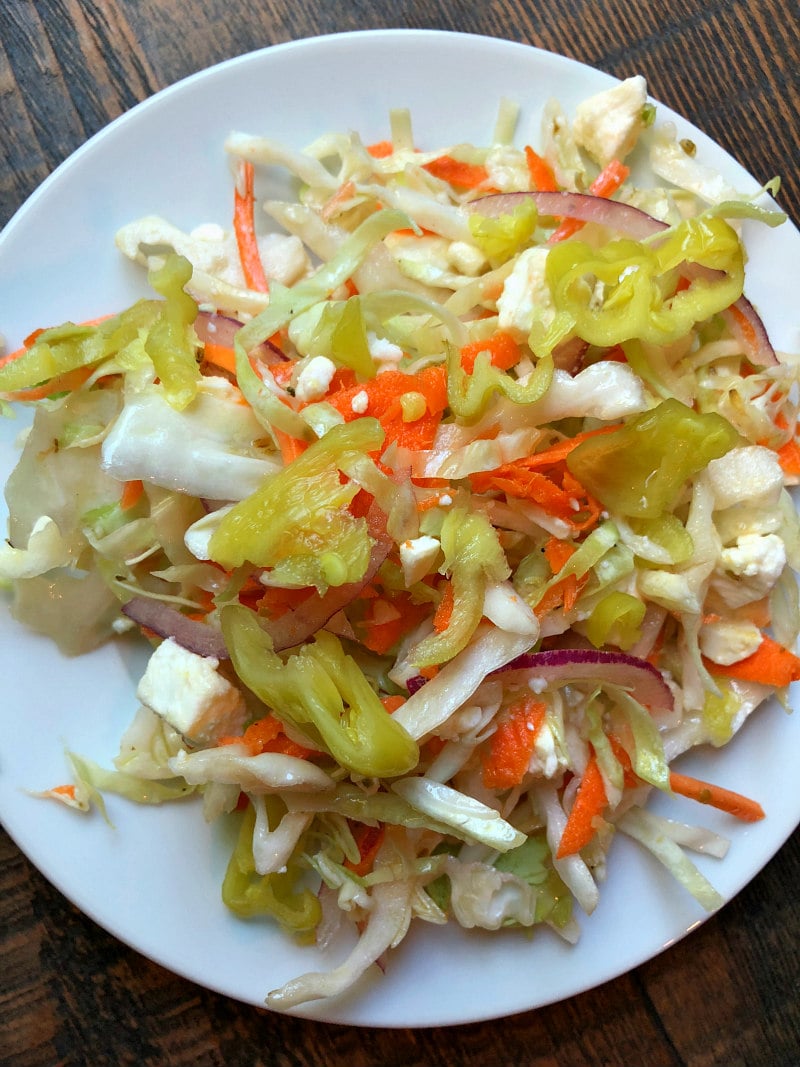 What to serve with Greek Style Cole Slaw:

If you are looking for delicious things to serve with this cole slaw recipe, you might like to try my Philly Cheese Steak Sandwiches or these Turkey Garden Burgers. Best Ever Buttermilk Fried Chicken, Slow Cooker French Dip Sandwiches and French Onion Beef Sliders are also perfect recipes to serve with cole slaw! 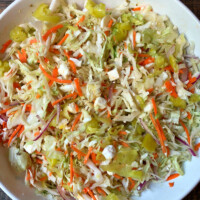