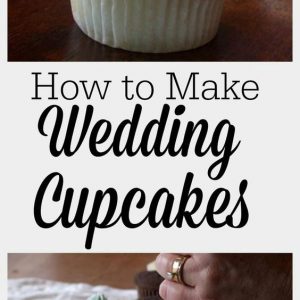 That title should read… “How to Make Wedding Cupcakes when You’re Not Really a Professional Cupcake Baker!”

Since I’m always bringing treats to people, those people occasionally ask if they can hire me to make treats. Not really wishing to create a business of making and selling food, I typically decline- however, a very sweet, young teacher at my son’s school was getting married last weekend and asked if I would do the cupcakes for her wedding. (In case you’re not in on the latest, apparently cupcakes are a hip alternative to a fancy wedding cake nowadays). We met and discussed the project, and I found myself agreeing to make 96 cupcakes! I owe a huge, HUGE thank you to my Twitter pal and “real-life” cupcake professional Kristin who has a business called Meringue Bake Shop in Southern California.  Kristin took the time to share tips and advice about making cupcakes for clients.

Here are the details:
The bride wanted white and chocolate cupcakes with buttercream frosting. I tested out some recipes and frosting patterns in the weeks prior to the wedding.

All Recipe Links for Cupcakes and Frosting are at the BOTTOM of this post.

The bride also wanted a combination of white, light blue and light yellow frosting. She chose two different frosting patterns and wanted some with pearls and some without.

Here are some of the pictures… 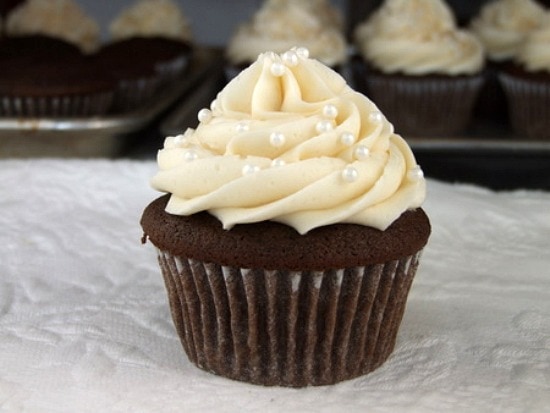 I used a 1G Tip by Bakery Crafts for this simple swirl. The chocolate cupcake recipe used was excellent. It was really easy to make and it stayed pretty flat on top, making it easier to pipe the frosting. 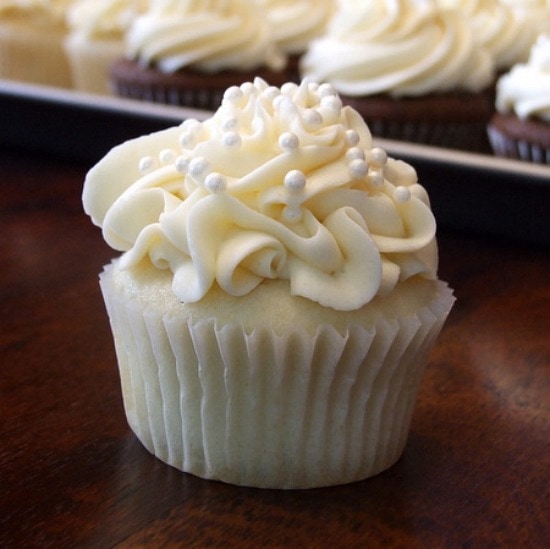 I used a 2D Wilton tip for this more funky pattern.

I loved the white cupcake… though I’m a little embarrassed to tell you about the recipe. It was a doctored-up cake mix recipe (gasp!!) I know that’s not very gourmet, and it’s completely atypical of how I usually bake, but I’m telling you that these cupcakes were GOOD!! And again, a really easy recipe to make- the tops stayed nice and flat & easy for frosting. 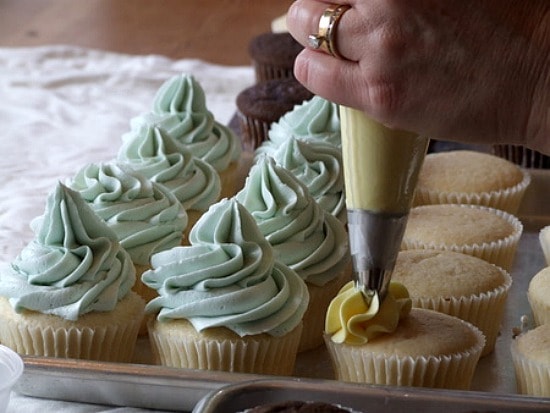 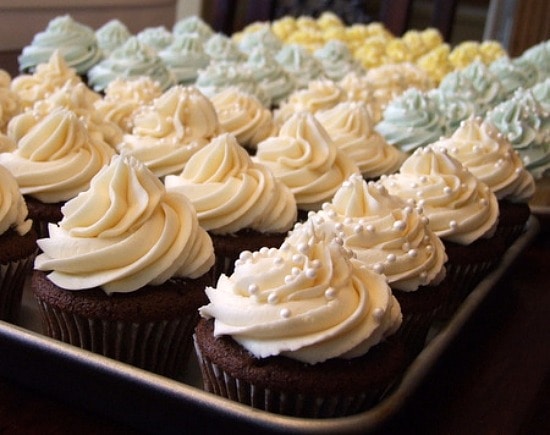 My kitchen and dining room were a sea of cupcakes for the better part of a day!

The bride requested that I make a dozen completely sugar-free cupcakes for a few guests who were not able to eat sugar. 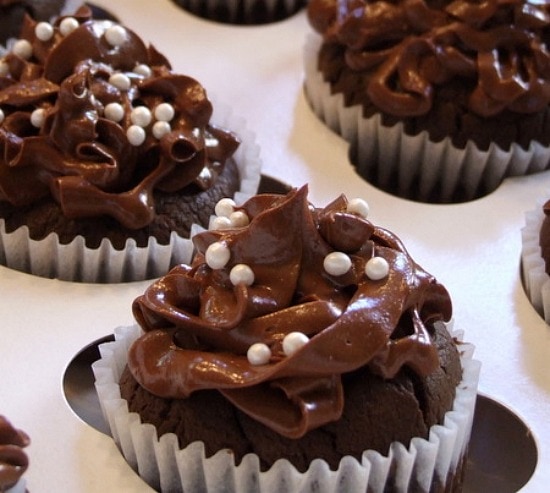 I’m not big on baking with Splenda, but both the cupcake recipe and the frosting recipe I used had Spenda in them instead of sugar. They were okay. I don’t particularly like the flavor that Splenda imparts, but I have to say that these were a good alternative dessert for those who can’t have the sugar.

The bride also asked that I make her a small cake for the top tier of her cupcake display. They wanted to be able to cut into a little wedding cake. 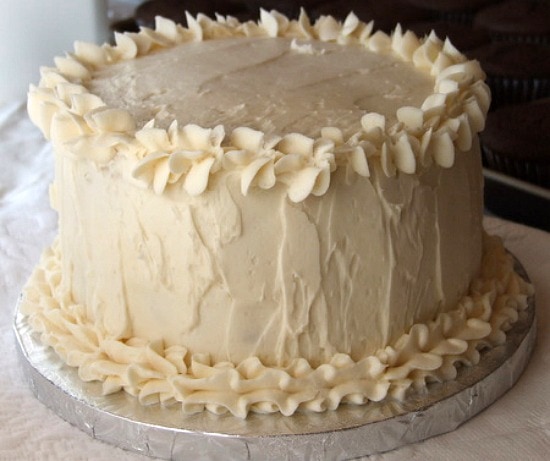 I made a 6-inch two layer cake. I used the same cake recipe as the cupcakes- same frosting recipe too. The tip used for the edging was the Wilton 2D. The bride placed flowers on top of the cake for additional decor.

Though it was a ton of work, it was a fun project to do. And I actually feel pretty good about how they turned out (having never, ever done fancy cupcakes before!) Now that I’m a “paid cupcake-baking professional,” I’m sure that it won’t be quite as difficult to do next time.

If you’re looking for the right supplies to make these cupcakes, here are my suggestions (these are affiliate links to Amazon):