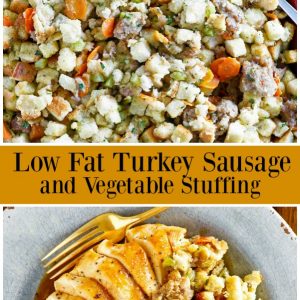 This Low Fat Sausage Stuffing is one way to try and lighten things up a little for your holiday dinner. 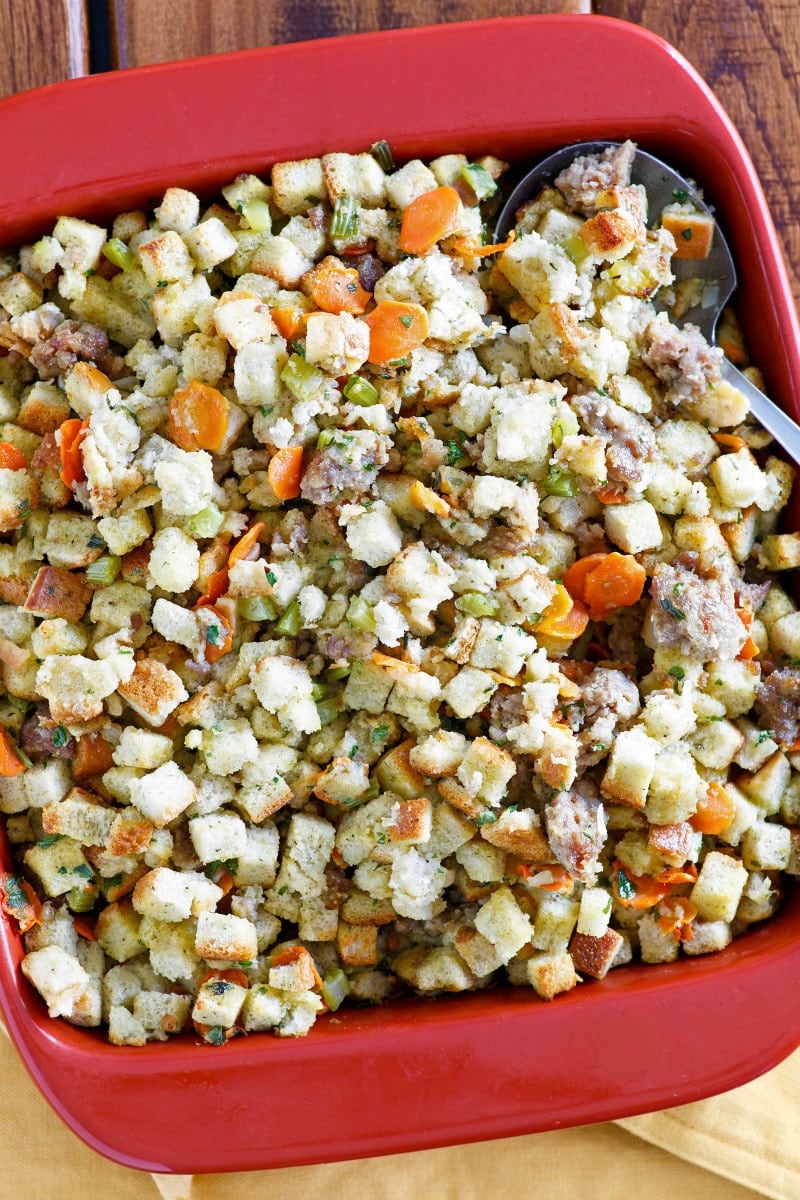 There’s really no way around it.  Thanksgiving dinner is going to be a lot of calories.  It’s all too good to avoid anything altogether, but you can certainly make a few good choices by offering a couple of vegetable side dishes, a salad, and maybe a low fat sausage stuffing.

This stuffing recipe is lightened up by using turkey sausage (fewer calories than pork sausage).  And there are plenty of vegetables mixed in to bulk it up a bit. 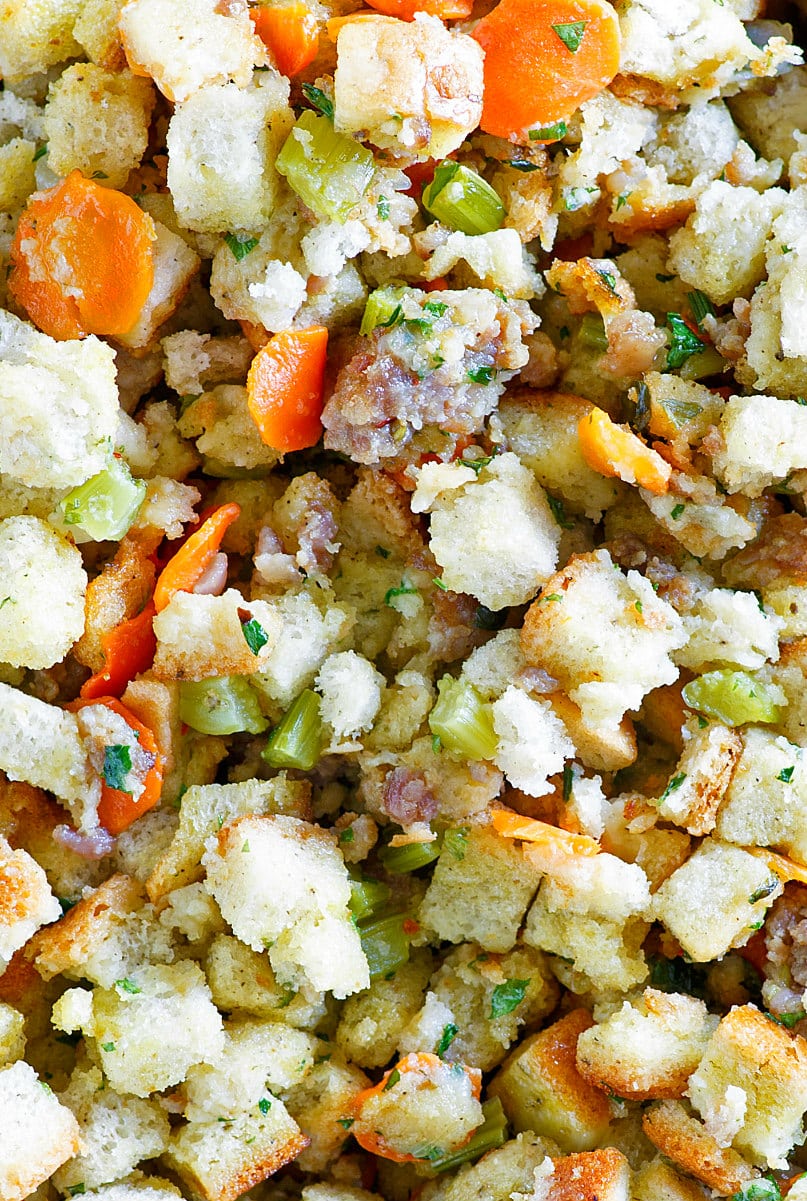 How do you make Low Fat Sausage Stuffing?

You have a choice of what type of bread you’d like to use.  Whole wheat bread, white sandwich bread or French bread are suggestions.  You’ll just cut the bread into small cubes, let it sit on the counter overnight to become a bit crisp, and it’ll be ready for making low fat sausage stuffing.  After the veggies are sauteed with broth and the crumbled turkey Italian sausage, they’re combined with the bread, more broth and egg.

You can choose to stuff your turkey with this Low Fat Sausage Stuffing, or you can bake it in a casserole dish.  Either way, it will turn out fabulous, and you won’t feel stuffing-deprived just because you’re trying to eat a bit lighter. 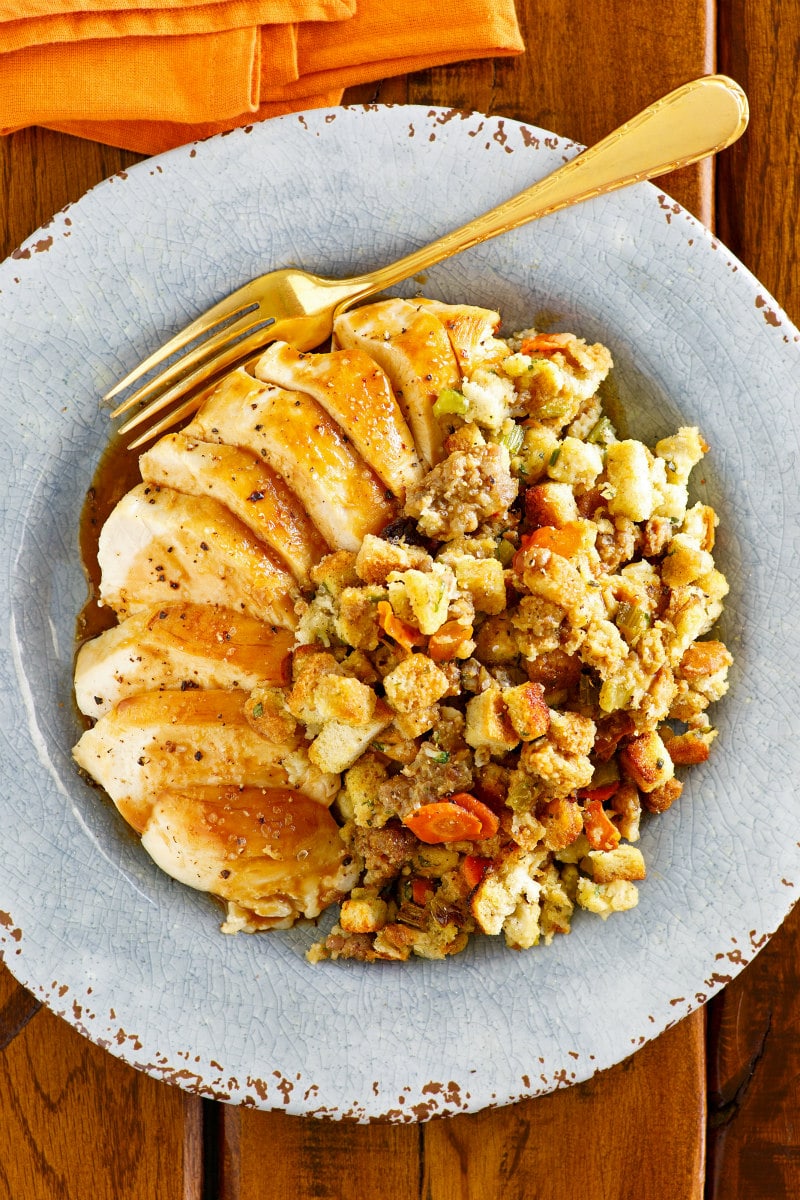 Is this Weight Watchers stuffing?

This Low Fat Sausage Stuffing is Weight Watchers friendly for sure.  You’ll probably be eating a lot of SmartPoints for your holiday dinner, and hopefully you’ve saved up so you’ll feel okay about splurging.  3/4 cup of this stuffing will cost you 5 Weight Watchers Freestyle SmartPoints. 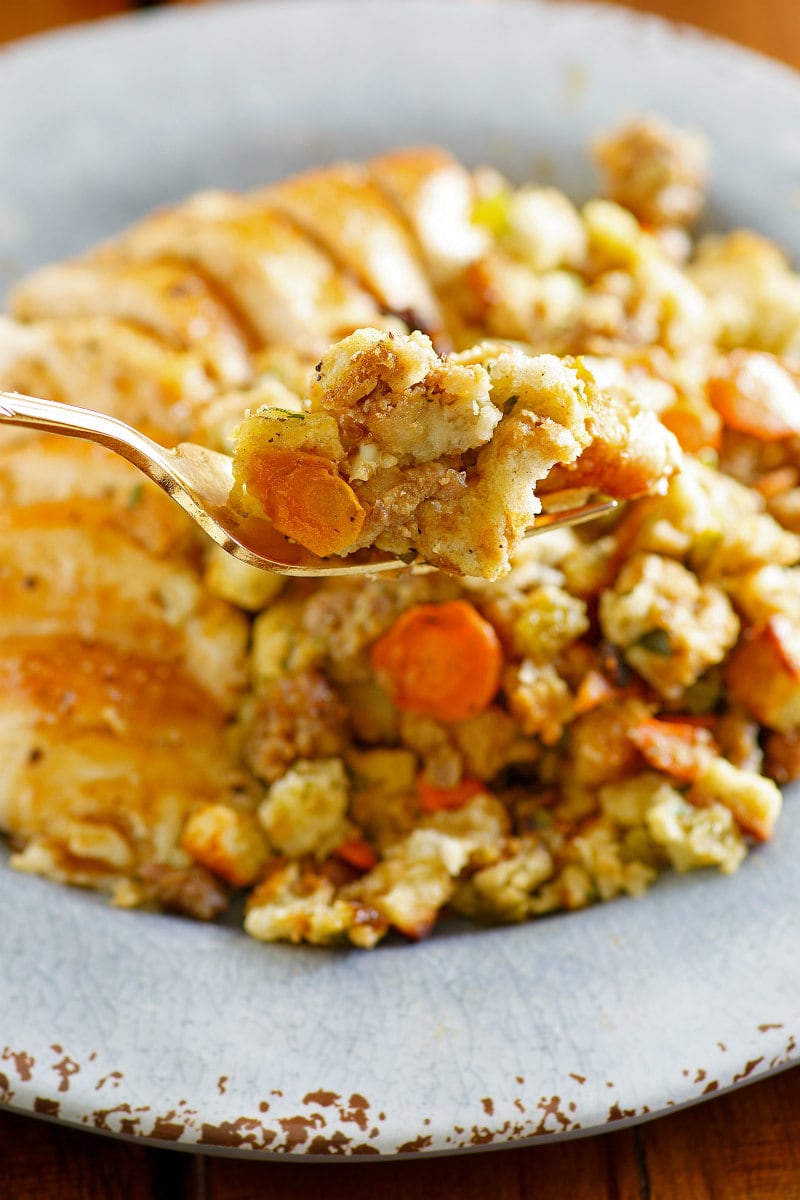 What’s the difference between stuffing and dressing?

It’s pretty simple, really.  The difference is how they’re prepared. Stuffing is defined as a mixture to stuff another food- usually some kind of poultry.  But stuffing can also be cooked in a casserole dish, and people still tend to call it stuffing!  Dressing is generally defined as stuffing that is cooked in a pan outside of the main dish.

I’m still going to call this recipe stuffing!  I have plenty of stuffing recipes, if you’re interested in checking out those.  And I really love my recipe for Cornbread and Gorgonzola Dressing too. 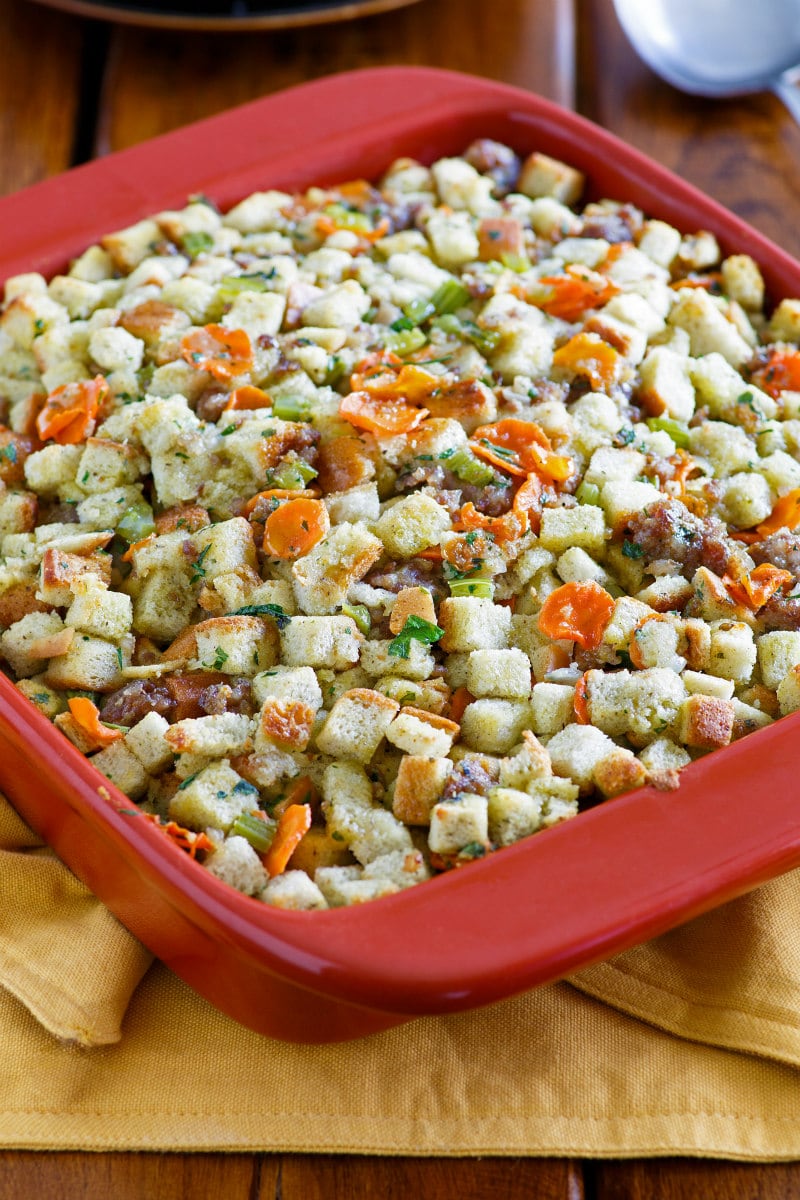 Be sure to check out all of my Thanksgiving recipes for more inspiration for your holiday menu.  And if you’re on the hunt for a good pumpkin pie, I’ve got you covered here: 20 Best Pumpkin Pie Recipes. 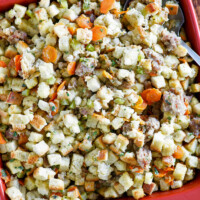 This low fat sausage stuffing is made with turkey sausage and plenty of vegtables.