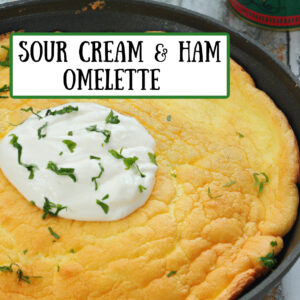 This Sour Cream and Ham Omelette is a good breakfast recipe to try. 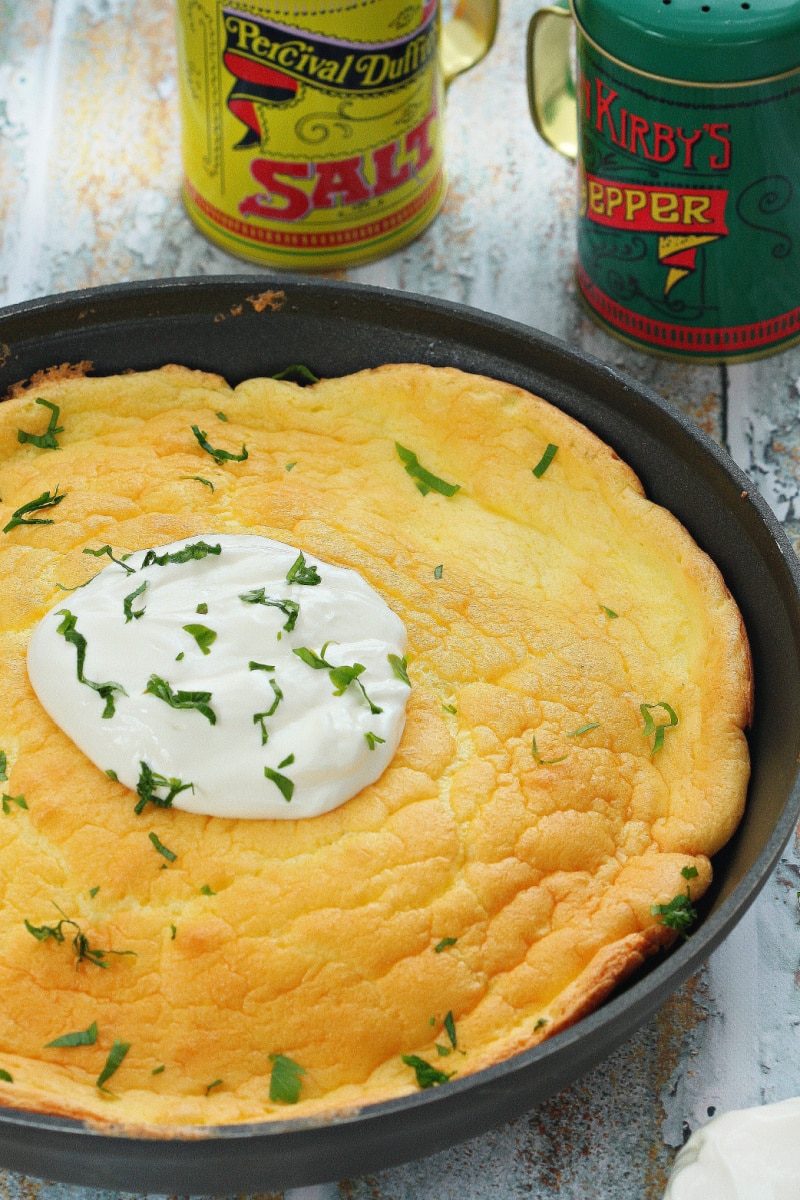 I know that omelettes are typically ordered in a restaurant. People are a little wary of making them at home. You don’t need to be wary! They’re not too difficult to make, and think about how excited you will be to create your own, restaurant-style ham and sour cream omelette to enjoy in the comfort of your own home. It’s a great feeling to be able to create something so delicious.

How to make a Ham and Sour Cream Omelette:

The full, printable recipe is at the end of this post. Preheat the oven to 325 degrees F.

Use an electric mixer to beat the egg yolks until thick and lemon-colored. Then beat in 1/2 cup of the sour cream. Fold stiffly beaten egg whites into the egg yolk mixture with a rubber spatula. The result should be a light and fluffy egg mixture.

Heat butter in a 10-inch skillet. Pour in the egg mixture and sprinkle ham on top. Cook on the stove until lightly browned on the bottom (about 5 minutes). Finish it off in the oven to cook for about 12 minutes. 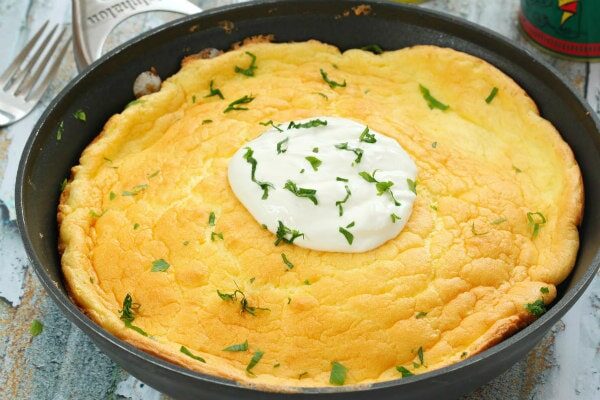 To serve, cut the omelette in half and top with the remaining sour cream. Don’t be alarmed if the ham sinks to the bottom of your sour cream and ham omelette. That’s normal! Enjoy!

Here are a few more breakfast recipes you might enjoy: 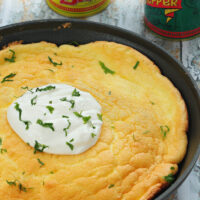 Looking for a restaurant-style omelette recipe? You've found it!