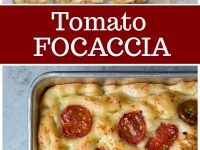 Bursting with summer flavor, this Tomato Focaccia bread is a great way to use up fresh tomatoes. 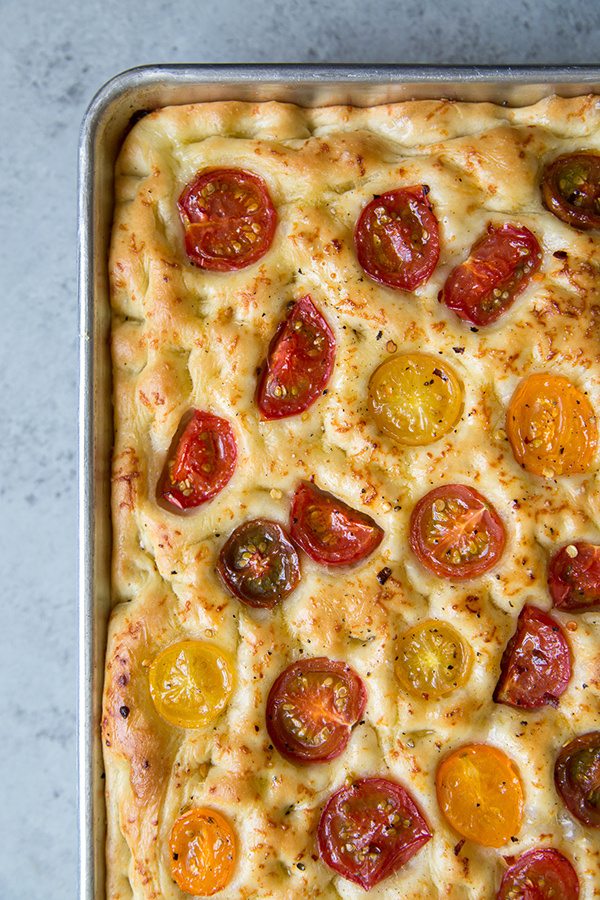 Focaccia is an Italian flatbread similar to pizza dough. It is best known for it’s bumpy, dimpled surface. Focaccia is most commonly seasoned with herbs, with the most popular being rosemary. The dough is simple to make and requires very few ingredients: bread flour, oil, water, salt, and yeast. 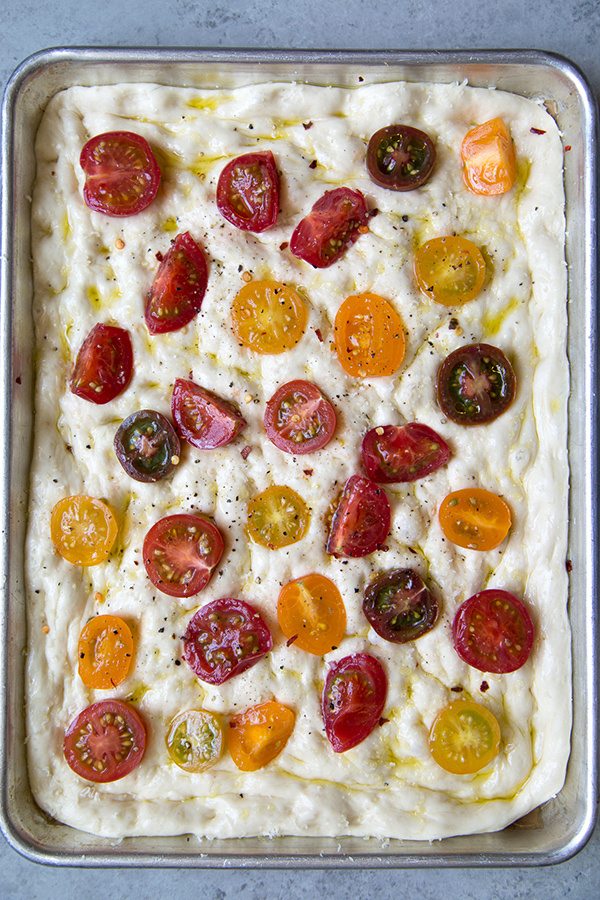 Since it’s summer and tomatoes are abundant and plenty, I’ve topped this focaccia with sliced mini heirloom tomatoes. Feel free to substitute in any variety of tomatoes you want. Just be sure to slice the tomatoes into relatively equal sizes to prevent uneven cooking during baking.

The tomato focaccia is seasoned with a little grated parmesan cheese, salt, pepper, and a touch of crushed red pepper flakes. You can easily customize the seasonings to your liking. Think: crushed garlic, roasted onion slices, sun dried tomatoes, thyme, oregano, etc. The possibilities are endless. 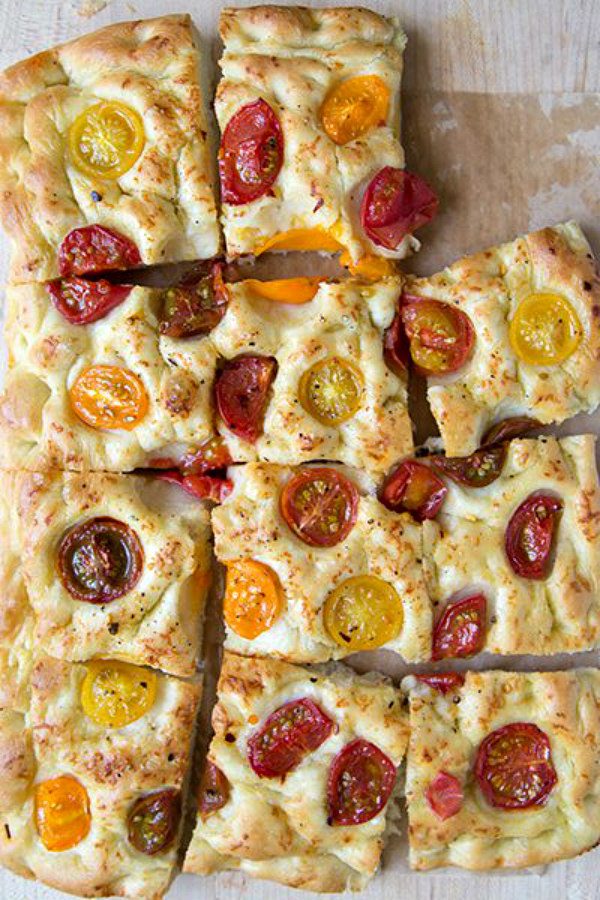 Don’t be alarmed by the amount of olive oil in this recipe. Olive oil is used to generously grease the baking pan, stretch the dough, and brushed over the cooked focaccia. The oil helps to keep this bread soft and moist and differentiate it from other doughs like pizza.

And for that reason, I have excluded the nutritional information on this recipe.  It’s hard to pinpoint exact calories when you’re kind of winging it with the olive oil. 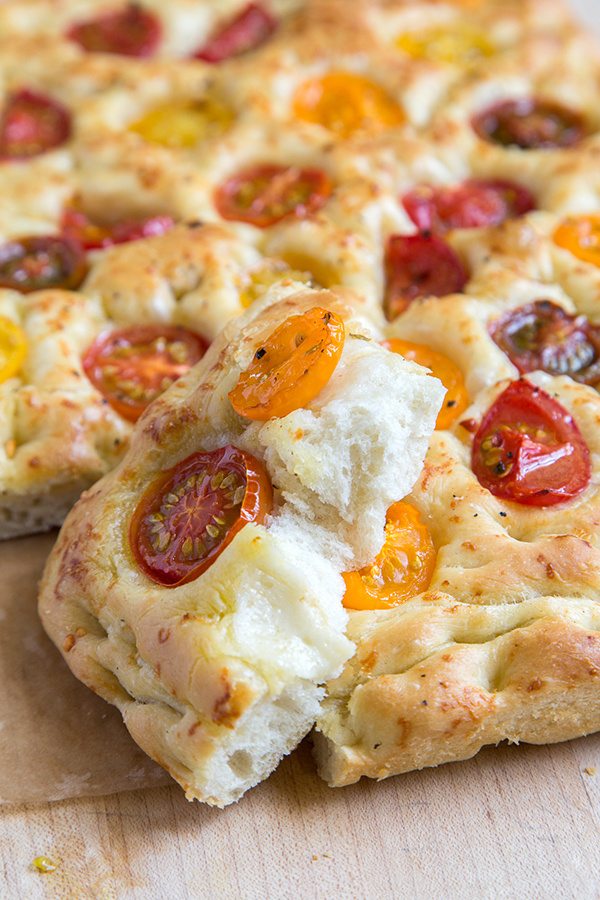 Sure, focaccia is tasty on it’s own. But I think it’s even better when you use it to make sandwiches! Can you imagine making a BLT using this tomato focaccia?! 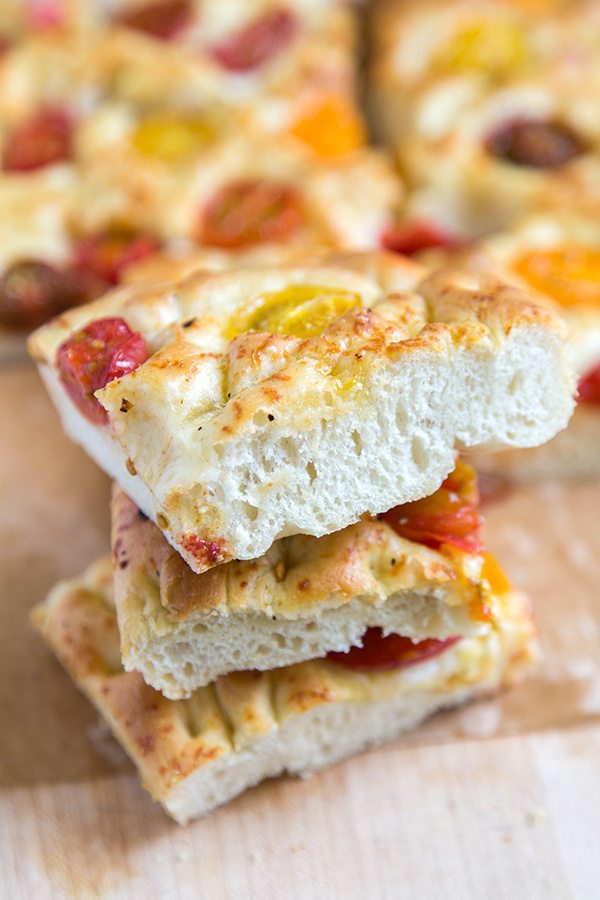 Here are a few more recipes using tomatoes that you might enjoy: 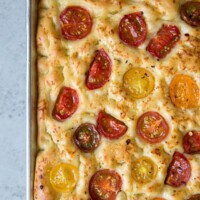 This is a beautiful recipe using fresh summer tomatoes!