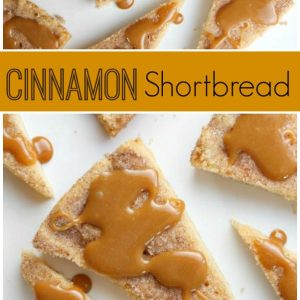 This perfect, Cinnamon Shortbread is drizzled with caramel.  This is a buttery shortbread recipe with a cinnamon addition. 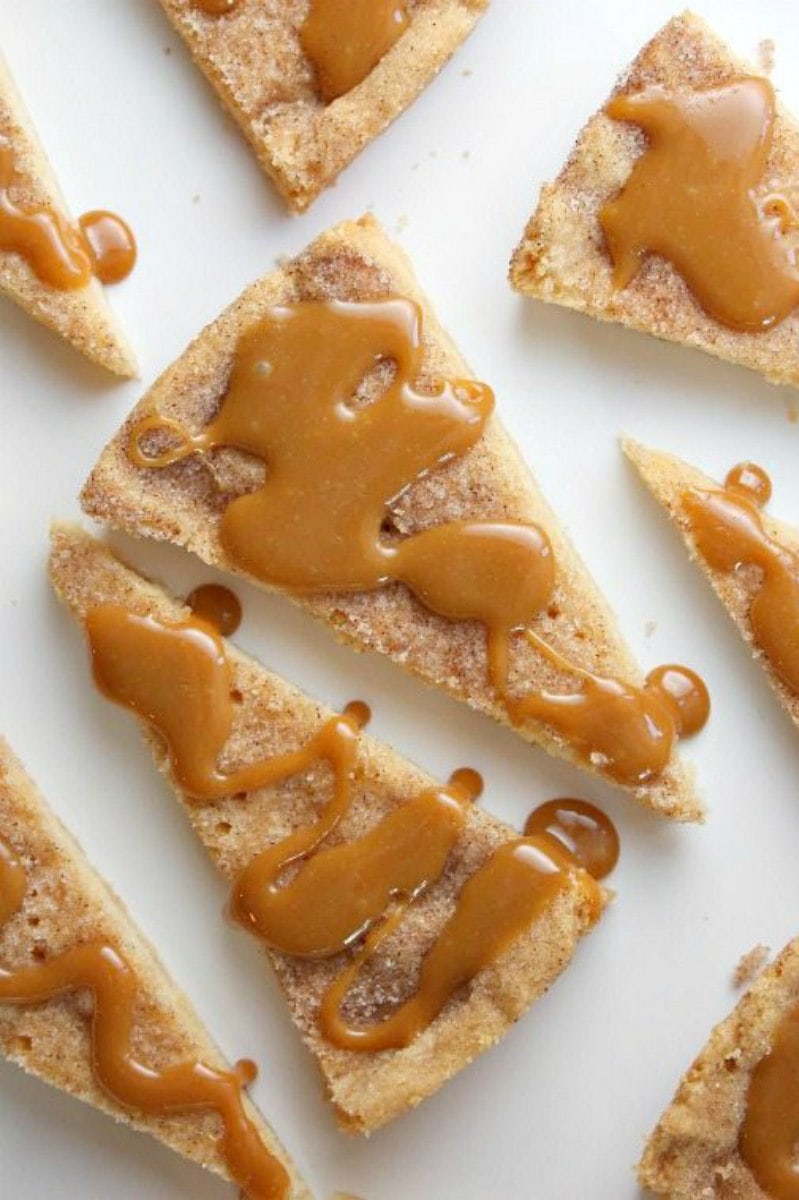 Why is shortbread short?

Shortbread is indeed short since it’s a flat and crisp kind of wedge cookie.  A good amount of butter in the recipe is what causes the shortbread to bake into such a flat (short) layer.

How to Make Shortbread:

In classic shortbread recipes, you might see the recipe call for refrigerating the dough before slicing and baking.  This Cinnamon Shortbread recipe is different because you don’t need to refrigerate the dough at all.  In fact, you’ll just press the dough into the pan to bake.

You have a choice of making this recipe in two pans or one.  I recommend using two 8-inch round pans (24 servings).  If you use one 9-inch pan instead, your shortbread wedges will be a good bit thicker and you’ll get fewer wedges (12 servings). 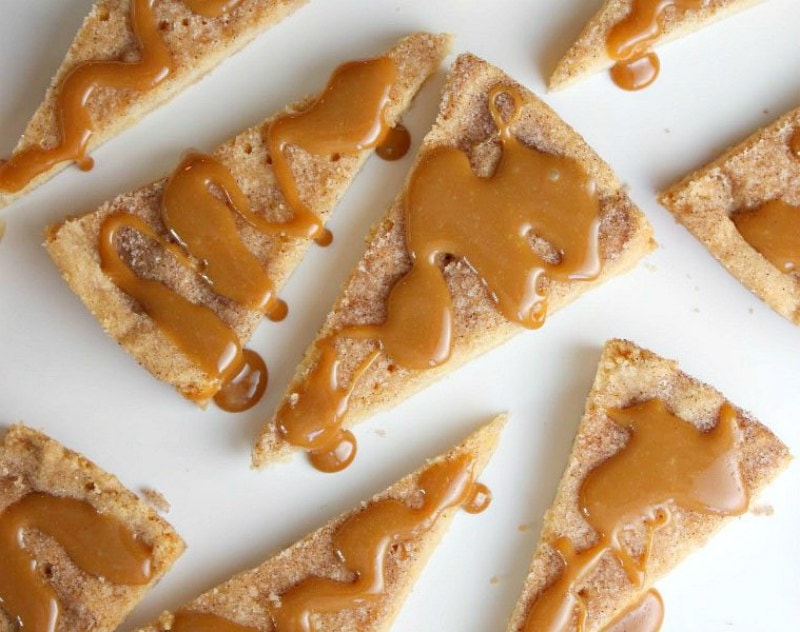 How to tell if shortbread is done:

Since this is a Cinnamon Shortbread, the dough is brown, and it can be difficult to tell when it’s done. The edges should be golden brown and the center should barely spring back when pressed. When you remove it from the oven, you’ll carefully score the shortbread into wedges with a sharp knife. When it cools, the shortbread will be easy to break into wedges because you took the time to score it while it was warm.

Cinnamon Shortbread is perfectly delicious to eat on its own.  It’s a buttery, cinnamon wedge cookie, and it’s quite delicious with a cup of coffee or tea!  I like to get a bit indulgent and douse it in caramel sauce sometimes too. 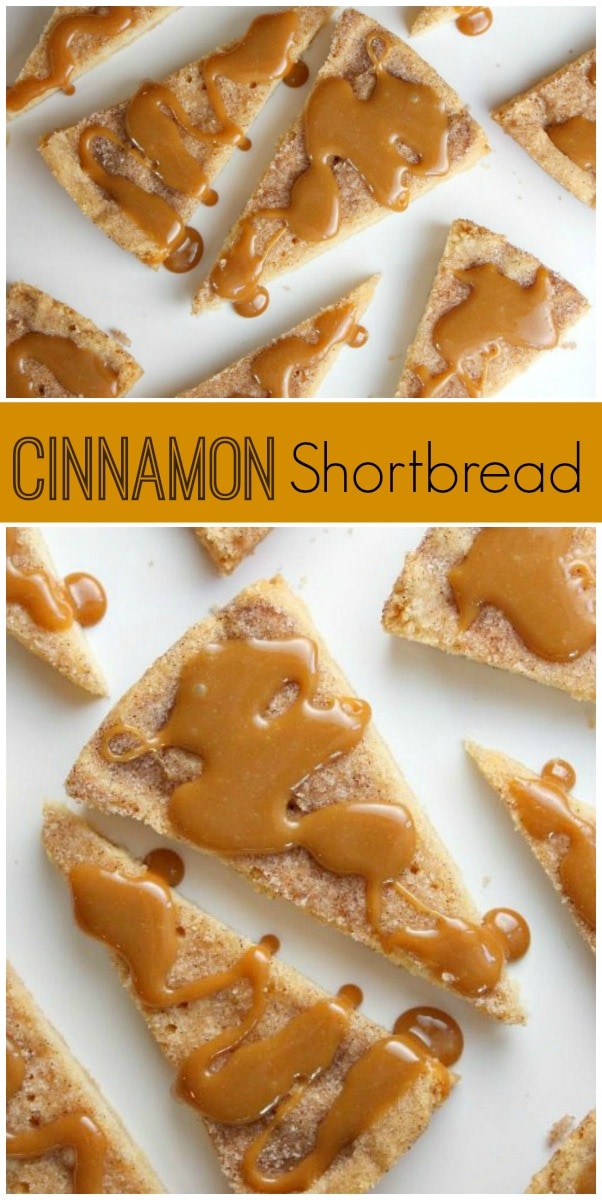 How long will cinnamon shortbread keep at room temperature?

Keep your shortbread in a sealed container, and it should keep well for a couple of weeks.

Can you freeze shortbread?

If you choose to freeze your cinnamon shortbread, keep it frozen in a well-sealed container.  It will keep in the freezer for about 3 weeks.  Let defrost at room temperature, and enjoy!

Here are a few more shortbread recipes you might enjoy: 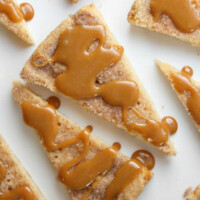