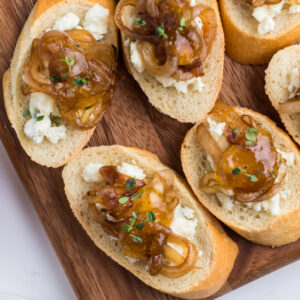 Crostini with Gorgonzola, Caramelized Onions and Fig Jam is a delicious and elegant appetizer recipe. 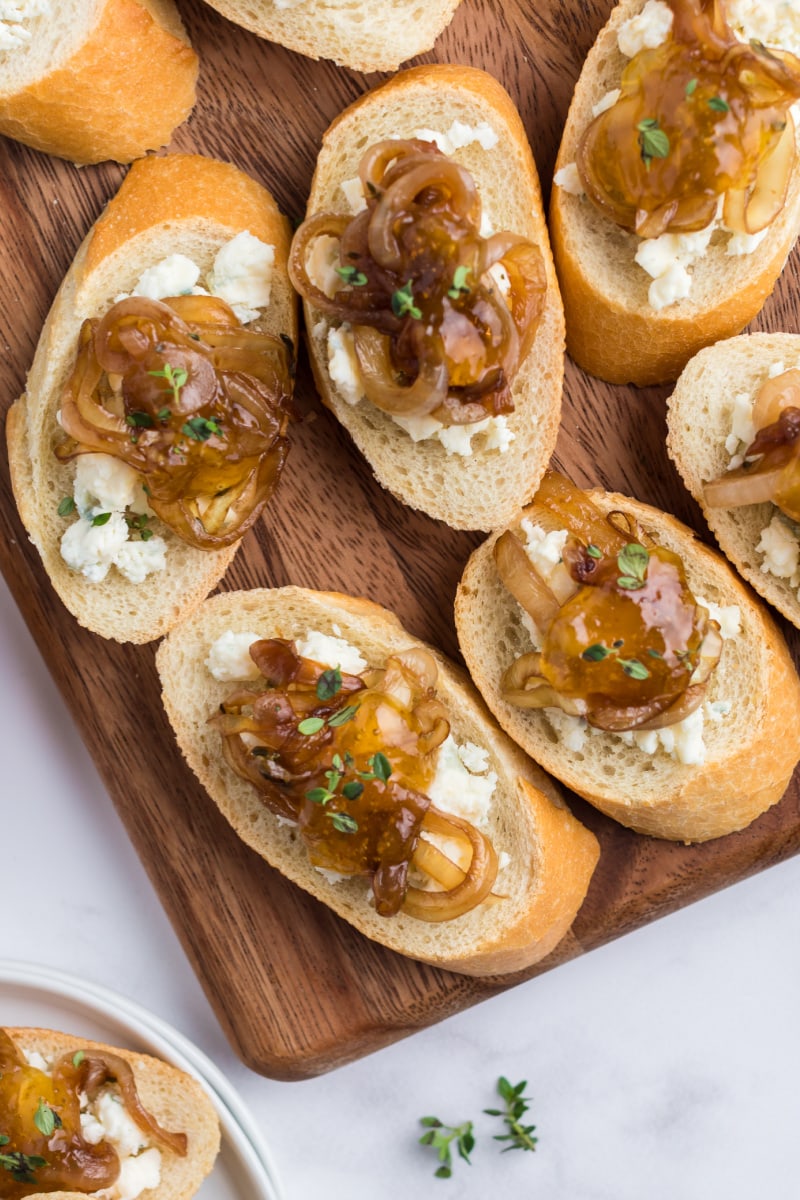 When you’re at a party, it’s so nice to be able to reach for things like crostini on the appetizer display table. They’re filling, and they’re usually topped with yummy things. It’s kind of like eating a little open-faced sandwich. This Crostini with Gorgonzola is likely to become a new favorite. There are a great combination of flavors going on! 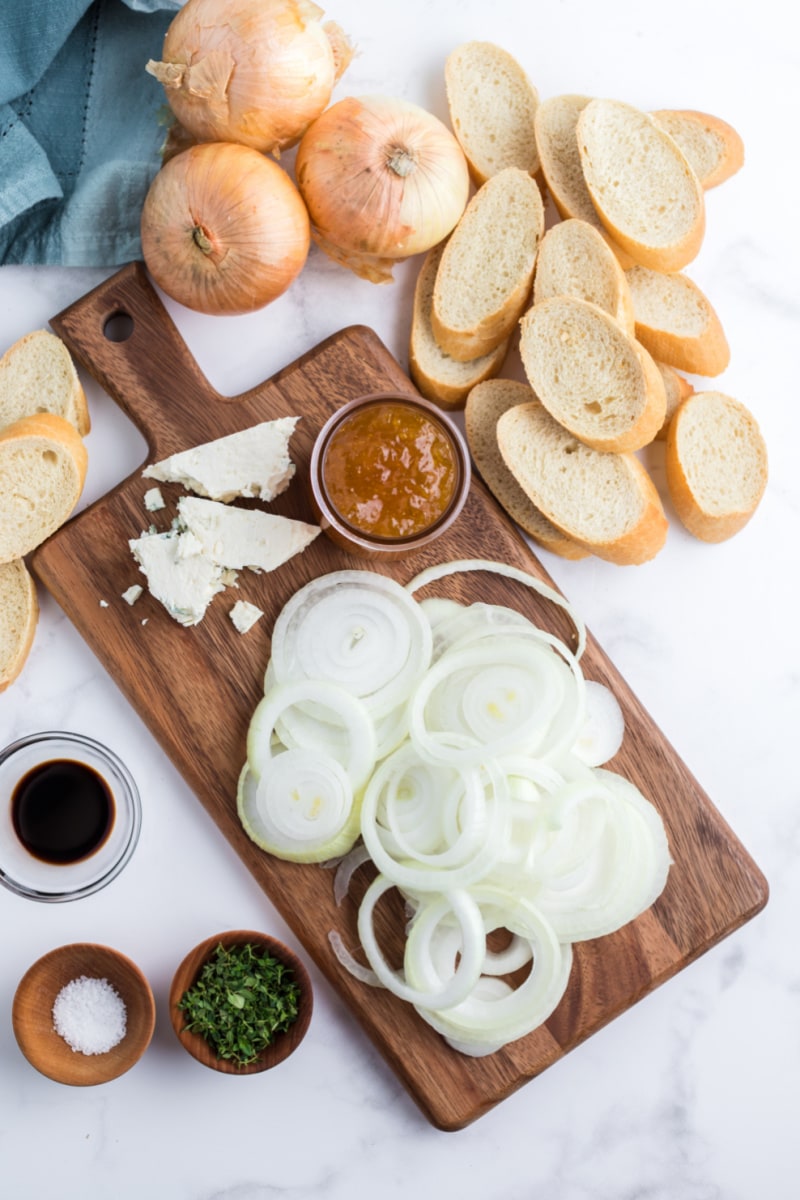 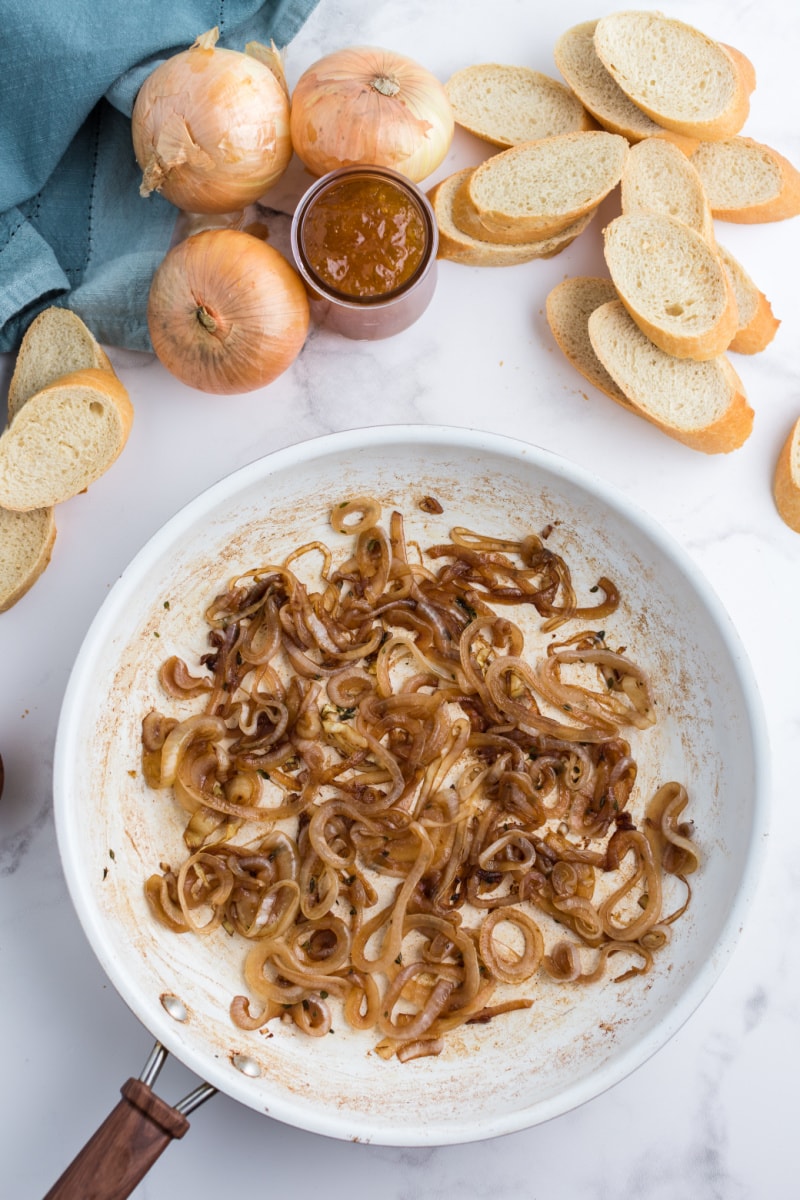 How to make Caramelized Onions:

Heat a large nonstick skillet coated with cooking spray over medium heat. Add the onion, vinegar, thyme, and salt; cover and cook 5 minutes. Uncover and cook 20 minutes or until the onion is deep golden brown, stirring occasionally. While the onion cooks, add 1/2 cup water, 1/4 cup at a time (as needed), to keep the onion from sticking to the pan.

How to make Crostini with Gorgonzola, Caramelized Onions and Fig Jam:

Toast the crostini. It just needs a few minutes in a hot oven to become lightly crisp and golden. Watch it closely though because you don’t want it to become too crisp or too browned (or burnt).

Spread a little gorgonzola on each piece of toasted crostini. Spoon a few caramelized onions on top and then a little fig jam. 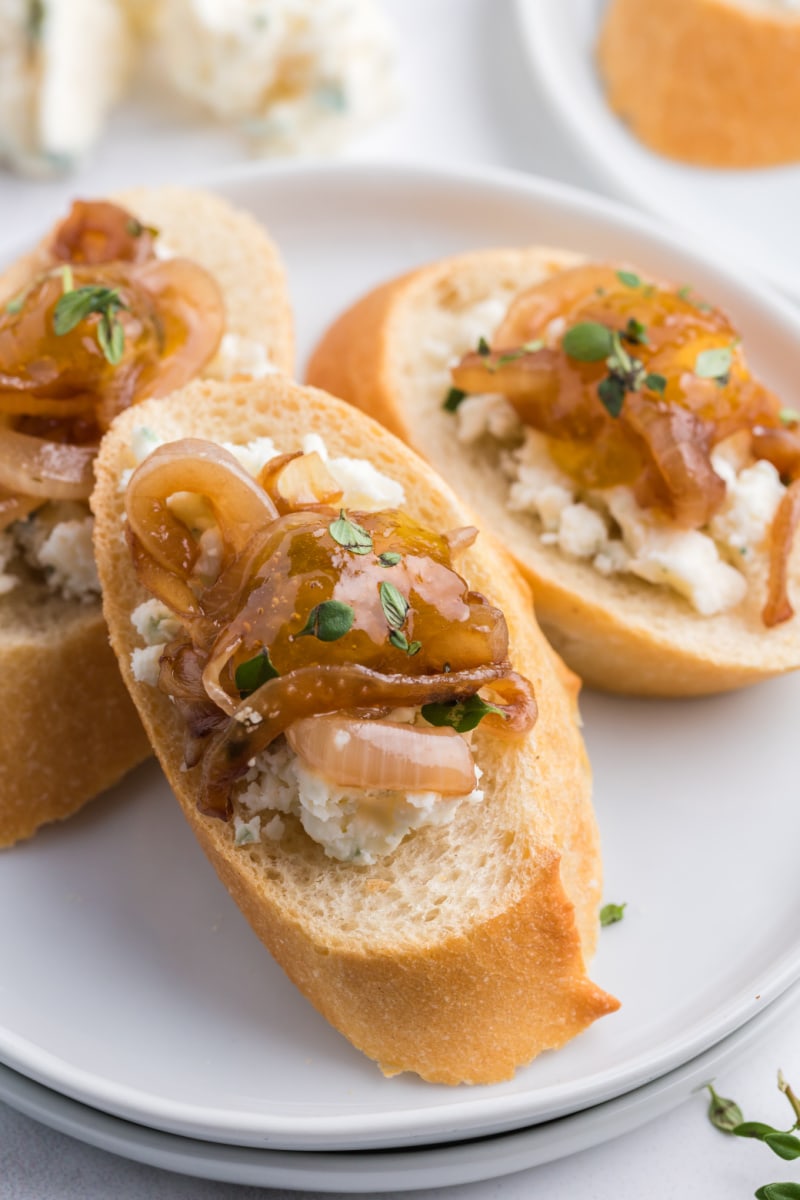 What’s the difference between Crostini and Bruschetta?

The difference between bruschetta and crostini is the bread used. Bruschetta is made by toasting whole, wide slices of a rustic Italian or sourdough type bread. Crostini are sliced and toasted from a smaller, round bread, more like a French bread baguette. Bruschetta is topped with fresh toppings like tomato, beans and/or artichoke hearts, while crostini is usually topped with things like soft cheese, jam and olive spread. 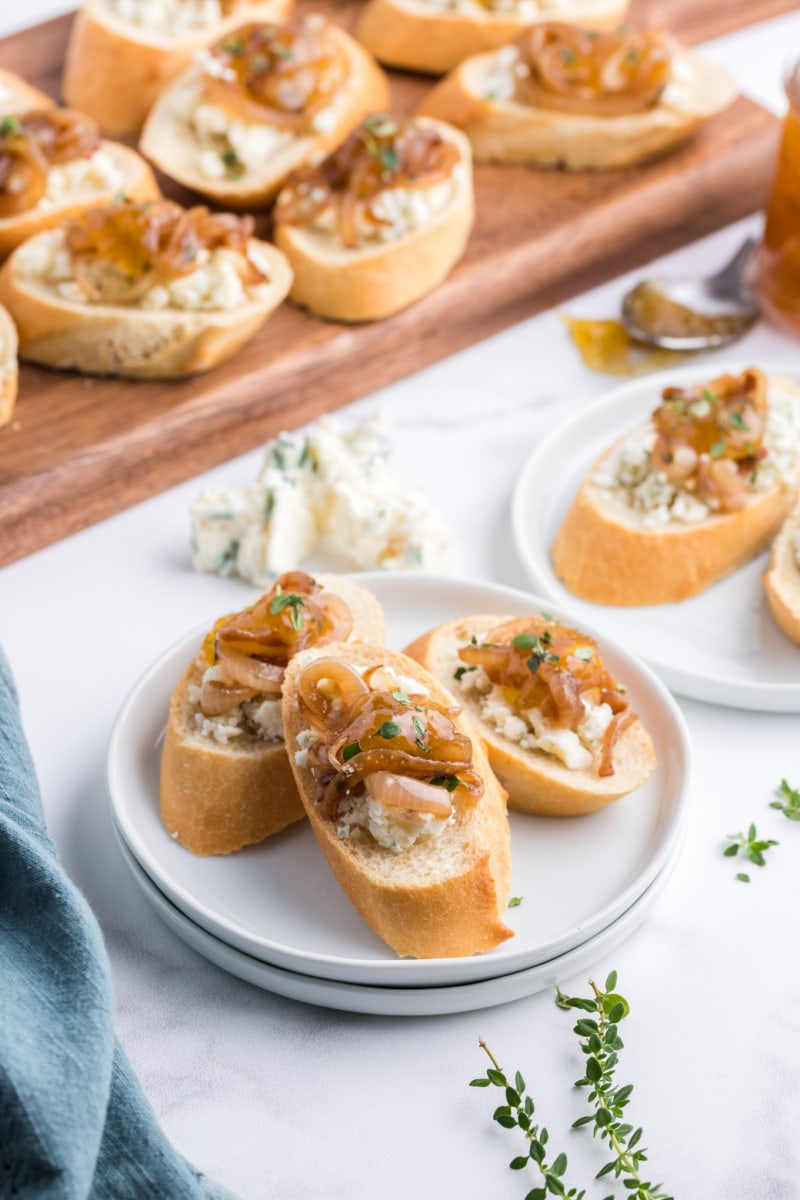 This Crostini with gorgonzola is a lovely two-bite appetizer that is perfect for parties. The gorgonzola is such a delicious pairing with caramelized onions and sweet jam. Fresh thyme adds some fabulous flavor too. Enjoy! 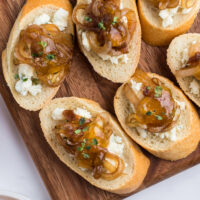 Fabulous appetizer for a party!
2 2 2 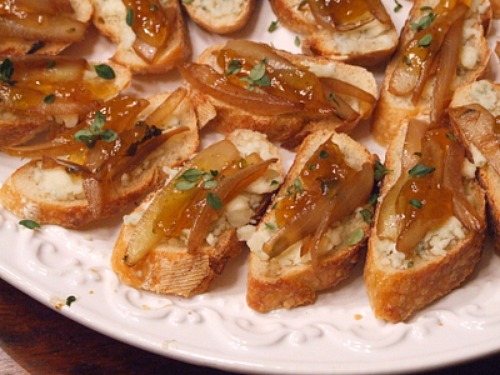