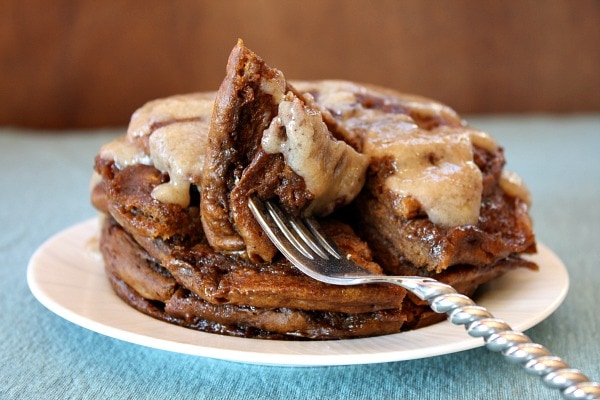 Just in time for the holidays, right?  Some of y’all have had trouble getting these oh-so-worthy pancakes just right, so I’m going to give you some really specific instructions and photos 🙂 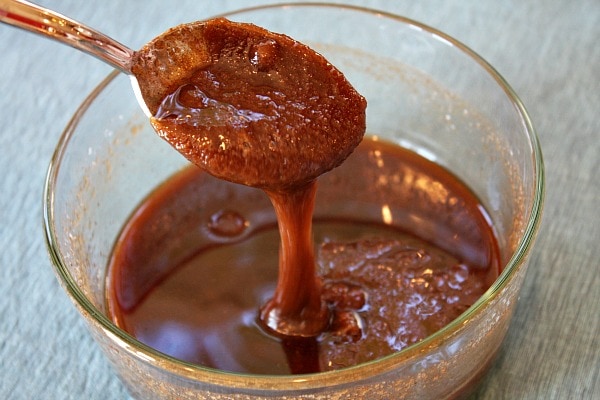 When you mix the cinnamon swirl mixture- it will look just like this… thick, but with a lot of melted butter that is not really mixed in.  Don’t worry.  That’s how it’s supposed to look at this point. 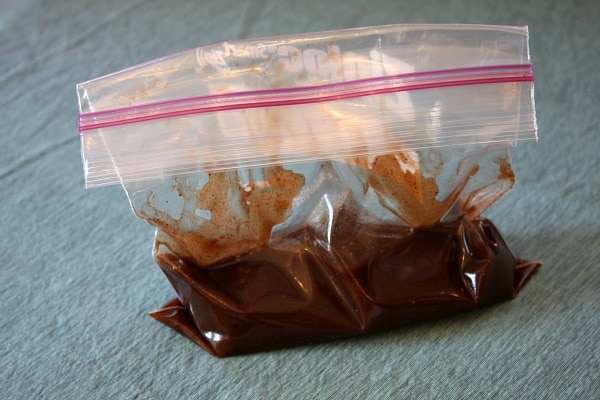 Pour it into a zip baggie and let it sit at room temperature.  You want it to thicken up a bit- which it will likely do just perfectly by the time you get to the pancakes.  Just pick the baggie up every once in a while and squish it around to re-incorporate the butter, which will tend to want to separate from the sugar. 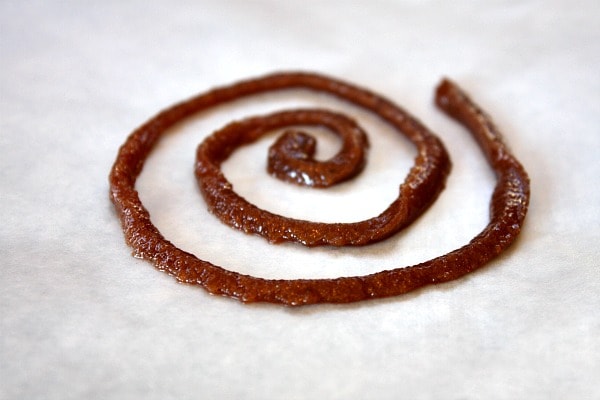 You’re going to be cutting a tiny hole in the corner of the zip baggie.  And then you’ll be swirling like this.  See that picture above?  That’s exactly how you want the swirl to be able to come out of that baggie.  If it’s too liquidy, then it’s not quite ready yet.  Squish it around some more and let it sit at room temp some more.  Eventually, you’ll be able to get a “toothpaste-like” consistency out of it.  That’s what you want. 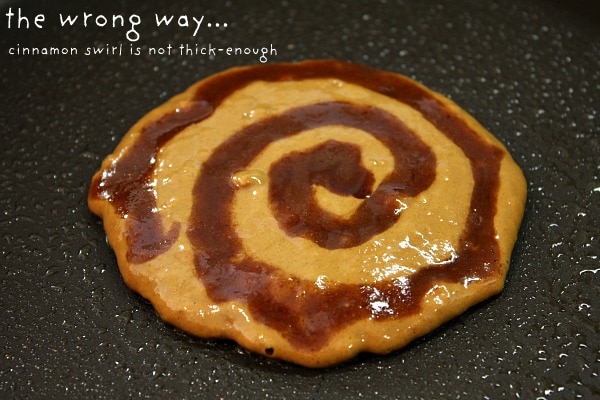 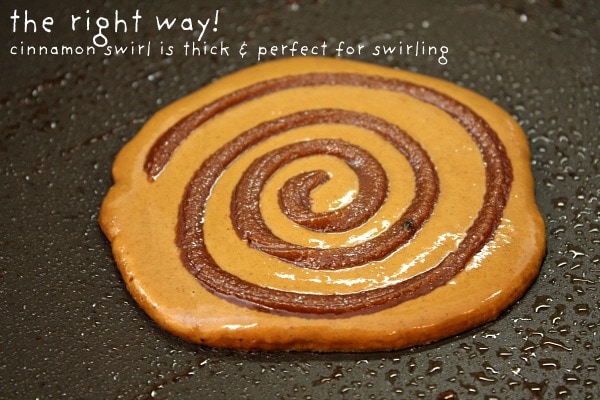 For the perfect pancakes, this is how the cinnamon mixture should swirl onto your pancake. 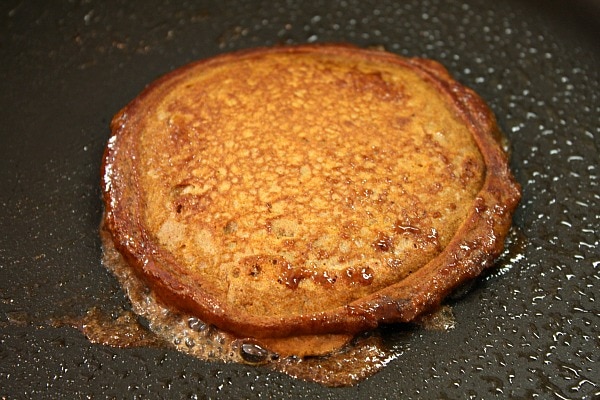 Here’s how it looks when you flip it over.  Normal on the other side, but with some cinnamon goo spilling out the sides. 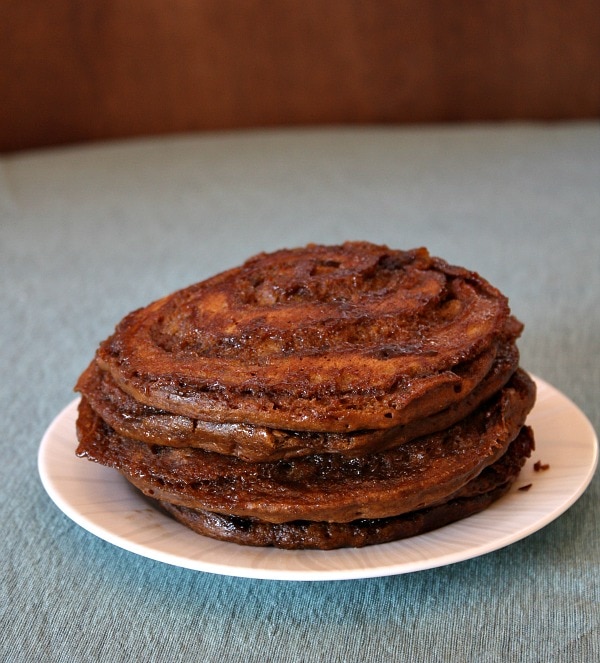 …and it’s ready for some cream cheese icing! 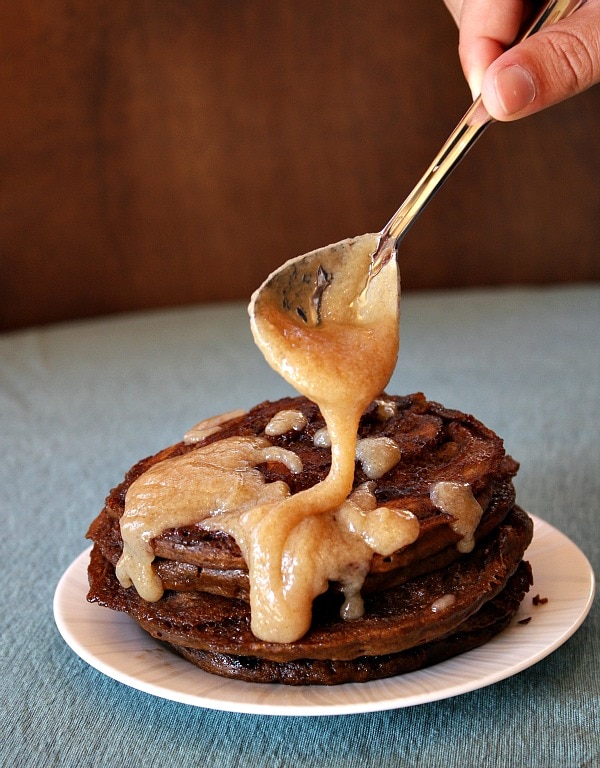 This is a cream cheese icing that has been lightly spiced-up Gingerbread-style.  Just drizzle a bit on top.  No syrup will be needed for these pancakes! 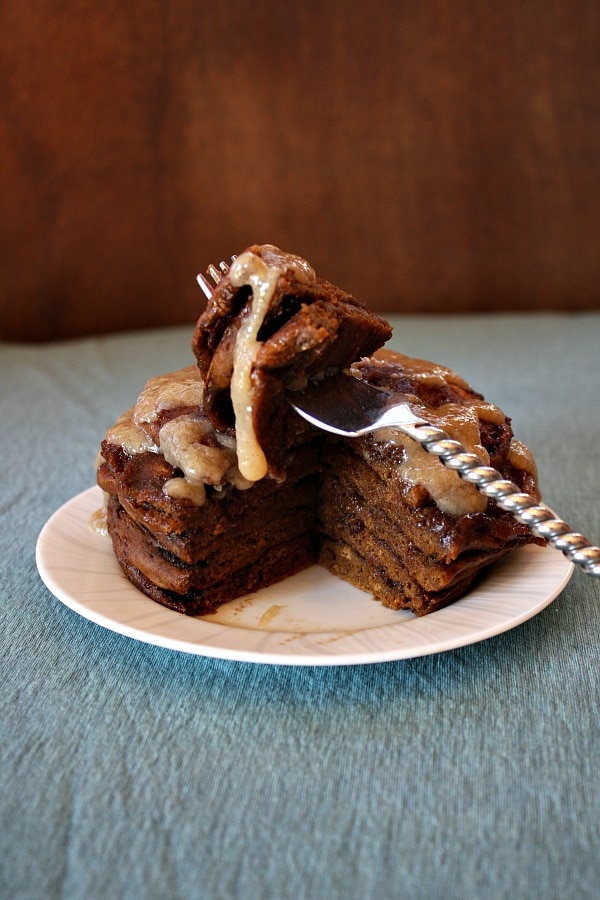 I’ve stacked 5-high for photo purposes, but please remember that these are Cinnamon Roll Pancakes… which means that they’re just like eating a Cinnamon Roll!!  You surely shouldn’t eat more than one or two, unless you’ve spent the entire day on the treadmill. 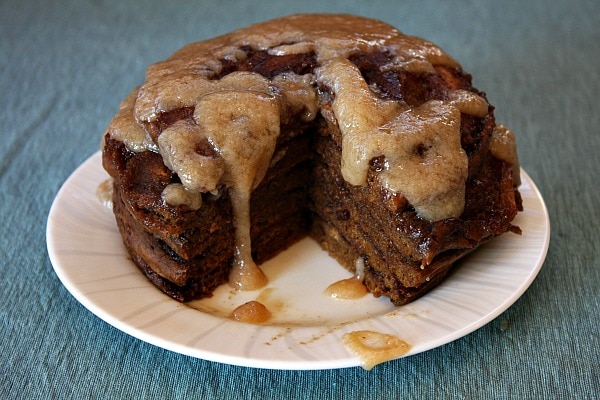 Eating one or two will take some willpower though.  I can attest to that! 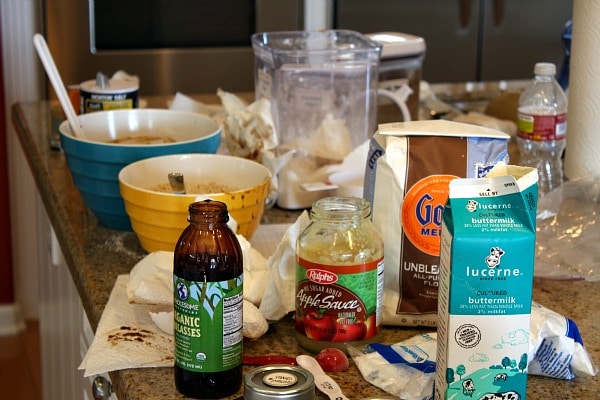 Thought I’d share a little peek at what my kitchen looks like after I create a recipe.  It’s a hot mess.  (But it’s all worth it in the end).  Wanted:  Dishwasher/Kitchen Cleaner-Upper! 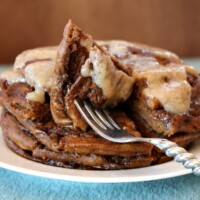 These make a decadent and delicious holiday breakfast treat.