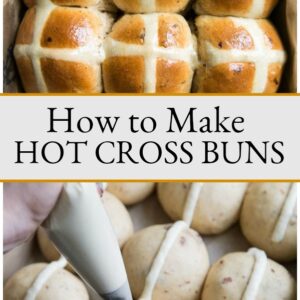 Hot Cross Buns are traditionally served on Good Friday. This Hot Cross Buns recipe is made of sweet yeast dough and spiced with cinnamon and raisins.

What are Hot Cross Buns?

Hot cross buns are an Easter staple in many parts of the world, especially in Australia and the United Kingdom. The crosses on the bread are in honor of Good Friday, marking the end of Lent.

There are numerous variations of this popular Springtime bread. We’re sticking with the classic version in this recipe. Once you’ve mastered the original, free feel to start experimenting with chocolate, orange-cranberry, and caramel varieties. 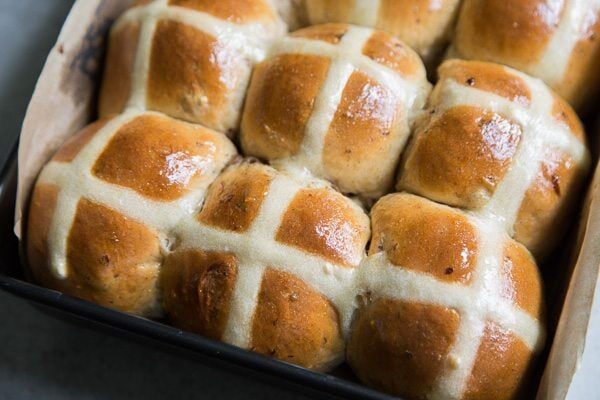 These buns are best enjoyed warm, fresh from the oven. That’s when they’re at the peak in terms of softness. As the bread cools down, its texture will change. At room temperature, the texture of the hot cross buns are similar to that of a bagel and pretzel. It has a tight and dense crumb. 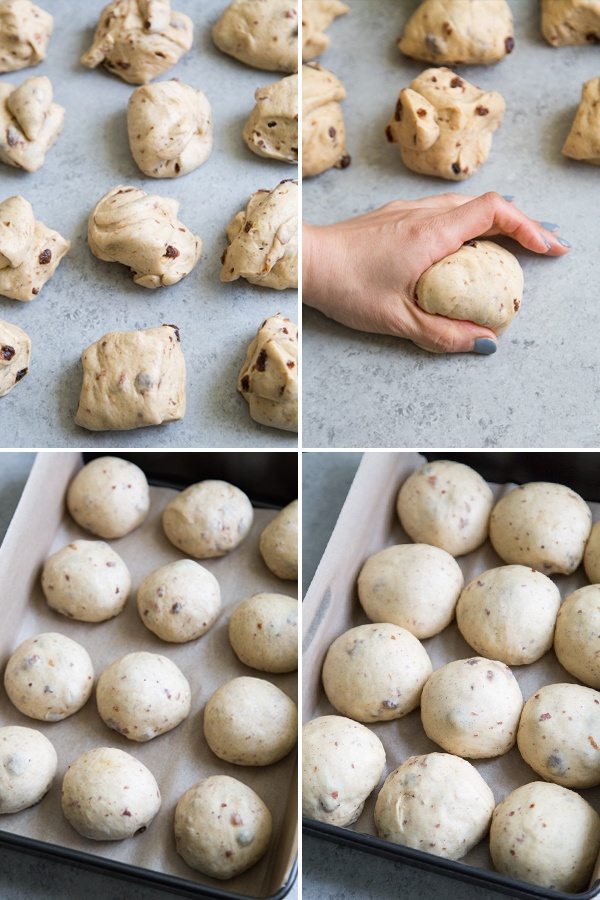 How to Make Hot Cross Buns

The dough for these hot cross buns is easy and straightforward. While it’s easiest to use a stand mixer, you can mix and knead this dough by hand. After the dough is formed and has had enough time to double in volume, the dough is divided into 12 equal parts. (For exact measurements, I suggest using a kitchen scale to equally portion out the dough.) The dough is rolled into round balls and placed on a parchment lined baking sheet. The shaped dough is covered with a kitchen towel and allowed to rise a second time. It’s time to bake once the balls of dough have risen enough to touch each other.

What is the Cross Made of on a Hot Cross Bun?

There are a few variations on how the cross is produced. Some recipes call for a shortbread or cookie dough that is cut into stripes and placed on top. Others use a sugar icing mixture that is piped on top after the bread is baked.

For this recipe, I use a mixture of flour, sugar, and milk to create a piping paste. The paste is piped on the risen bread prior to baking. 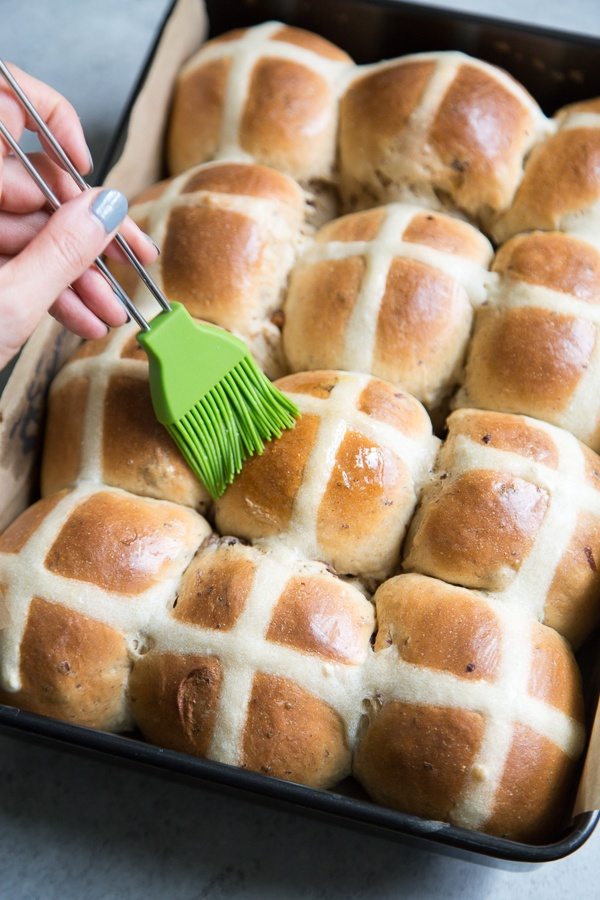 After baking, the warm buns get brushed with a sweet syrup to give the bread that nice shiny, attractive crust. The syrup is a simple mixture of apricot preserves thinned out with some water. It adds a pleasant sweetness to the finished baked good. 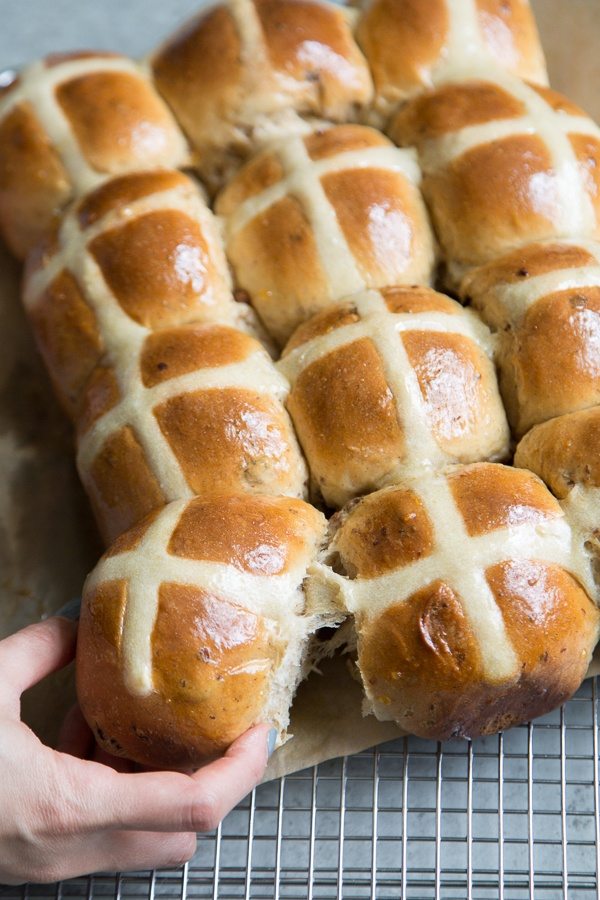 It’s best to eat hot cross buns while they’re warm. I suggest you slice the bun half, lightly toast it, and then slather on some salted butter or whipped cream cheese on top. It’s absolutely delightful!

How to make the dough ahead of time:

You can prepare the dough the night before up to Step 6 in the instructions. Instead of letting the dough rest at room temperature for 30 to 40 minutes to rise, cover it and let it chill in the fridge overnight. The following day, allow the dough to come to room temperature (about 20 to 30 minutes). Proceed by piping the crosses before baking.

For more yeast bread recipes, check out these favorites: 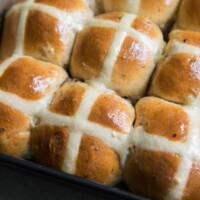