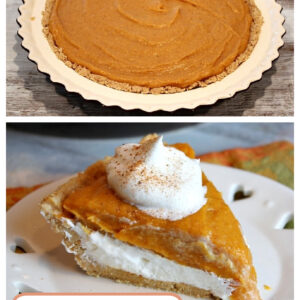 This No Bake Double Layer Pumpkin Pie has an easy and delicious pumpkin layer with a second layer surprise hiding underneath. It’s a delicious option for a Thanksgiving meal or a fall dinner party. 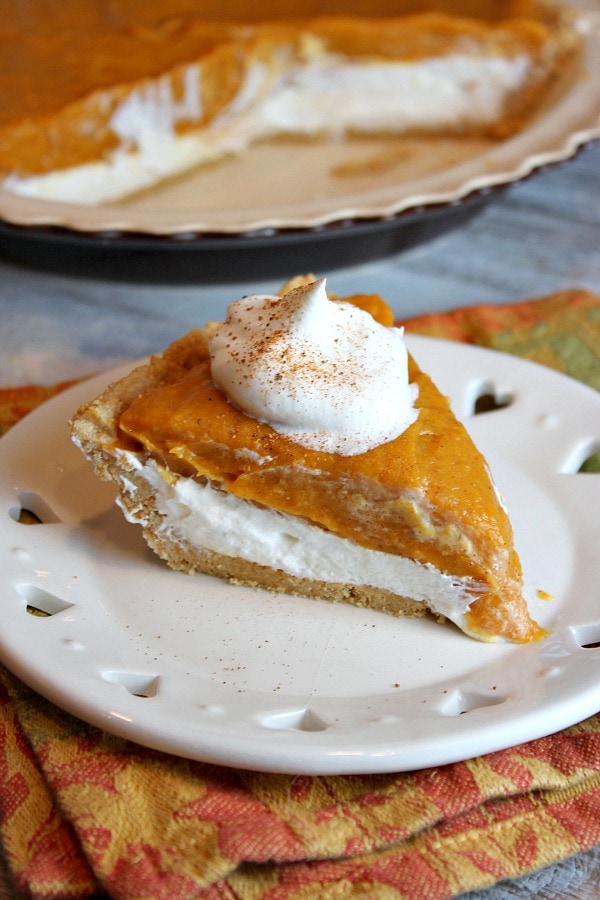 If you’re like me, and you’re intimidated by the whole process of baking homemade pies like apple pie, you might consider this no bake recipe before you run to the store to buy one that no one is going to like very much.  I can get by with my pie recipes, for sure, but I practically break out in hives while making them.  Making pies truly makes me nervous.  This pie recipe though is as easy as pie.  I couldn’t resist that one, sorry! 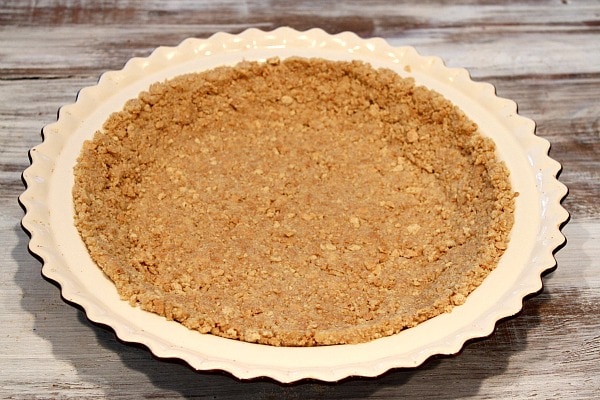 How to make No Bake Double Layer Pumpkin Pie: 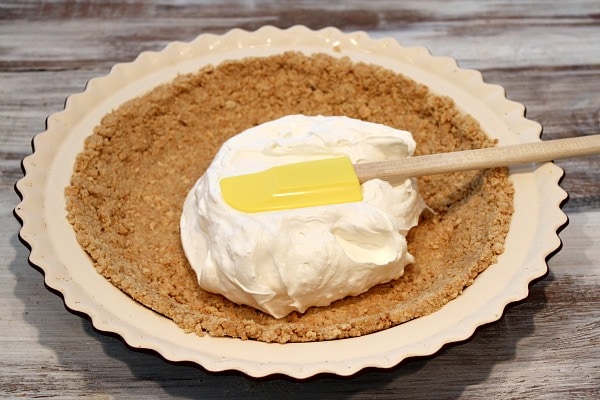 I have something to confess.  I occasionally eat Cool Whip.  Don’t get me wrong… I like homemade whipped cream as much as the next guy, but Cool Whip has seen the inside of my refrigerator many times, and it’s in this recipe too. 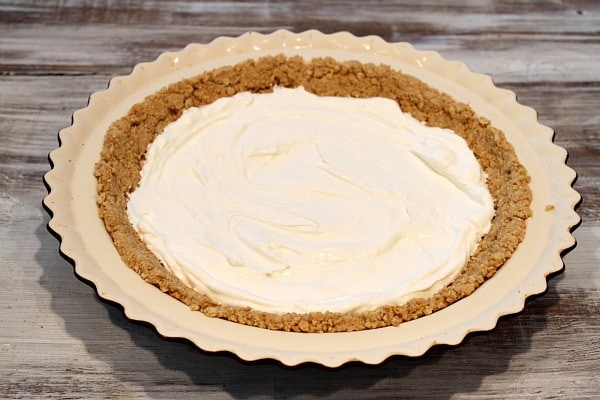 This is the cream cheesy Cool Whip layer (the secret layer).  If you’re weirded out by the idea of using Cool Whip, go ahead and whip some of your own cream.  I’m sure that will work out just fine too in this recipe. 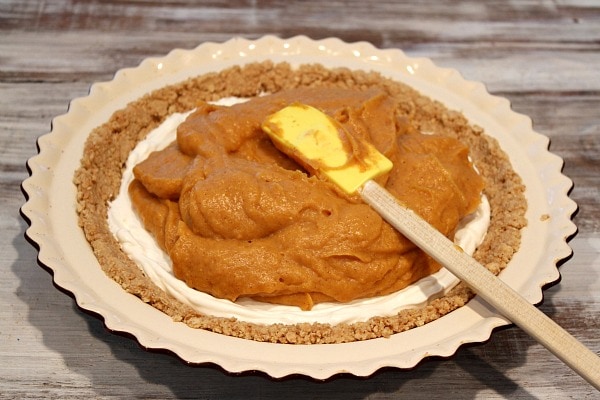 The next no-bake layer is basically a pumpkin pudding. 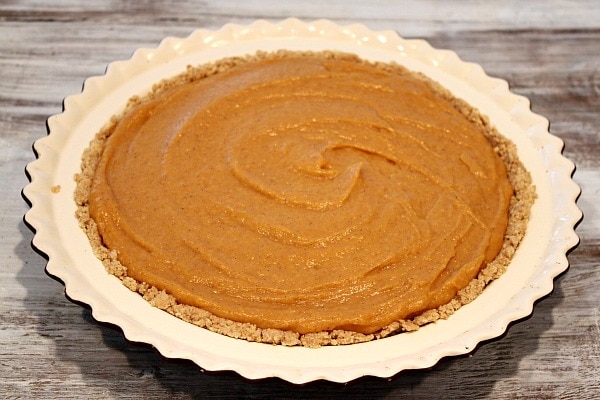 Smooth it all out and guess what??  You’re done!  Just pop it in the fridge to chill for a few hours.  Easy, huh? 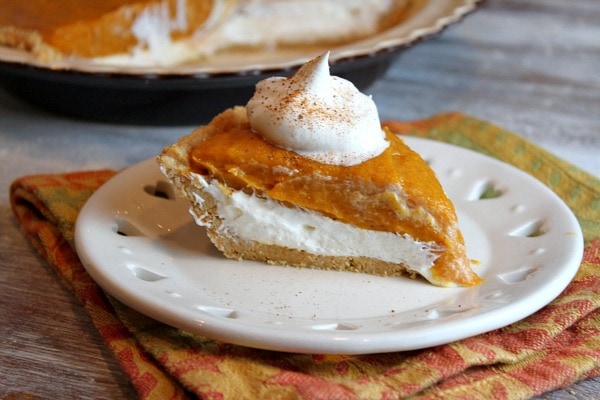 We had some friends over the other night to play the guitar and sing songs by our first fireplace fire of the season.  This was the treat I served that night, and everyone was very happy.  It’s like eating pumpkin pudding with a cheesecake surprise layer tucked in there and some buttery, sugared graham crackers too! 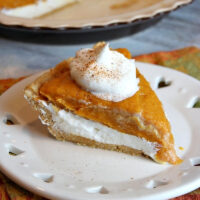