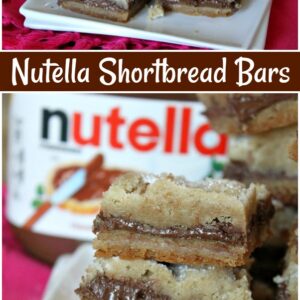 These Nutella Shortbread Bars are completely addicting.  That’s a good thing… everyone will want to eat them, and you won’t have any left over! 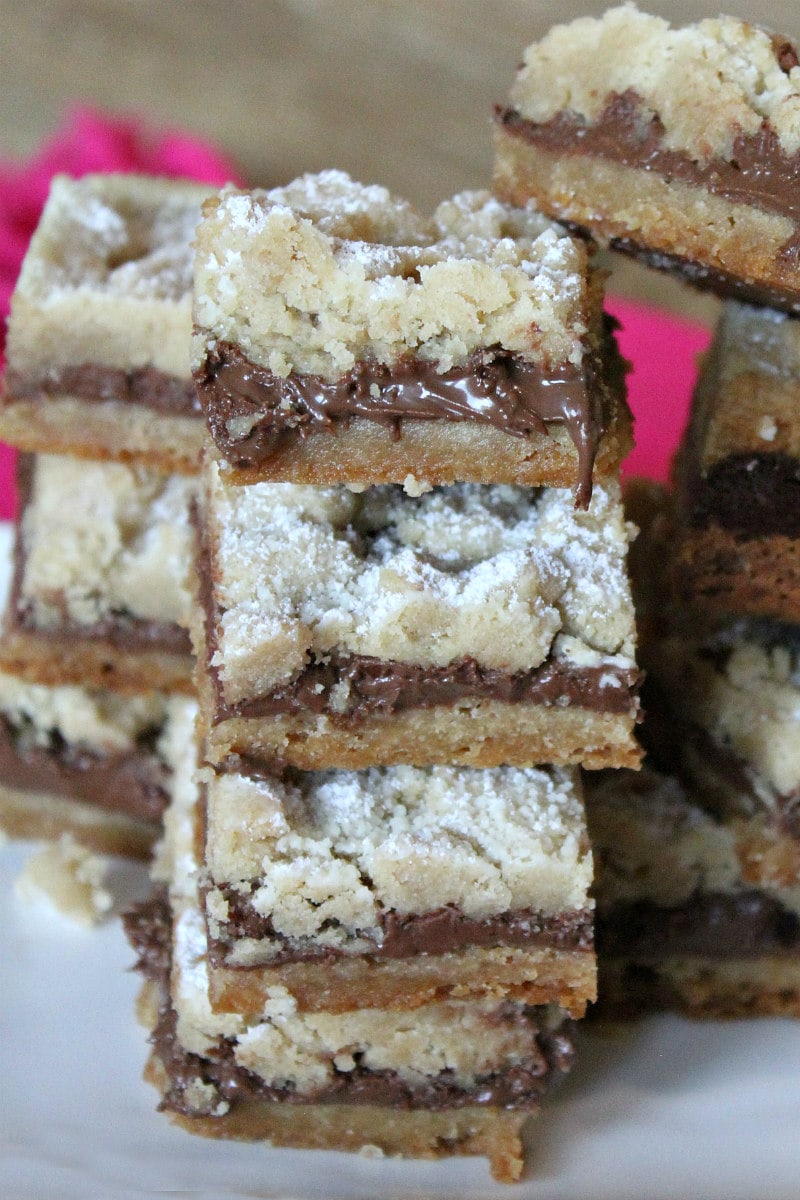 I baked these Nutella Shortbread Bars recently for a party I was hosting. I shared a quick photo on Instagram, and everyone wanted the recipe!  Well, I’m finally sharing the recipe.

The nice thing about this recipe is that it makes a lot of bars.  You can cut them in small pieces because they’re super rich and decadent.  A small bite is plenty!  They freeze nicely, so if you want to make a batch and freeze half of it for another event, that’s totally doable.  They defrost wonderfully and are still delicious even a couple weeks later. 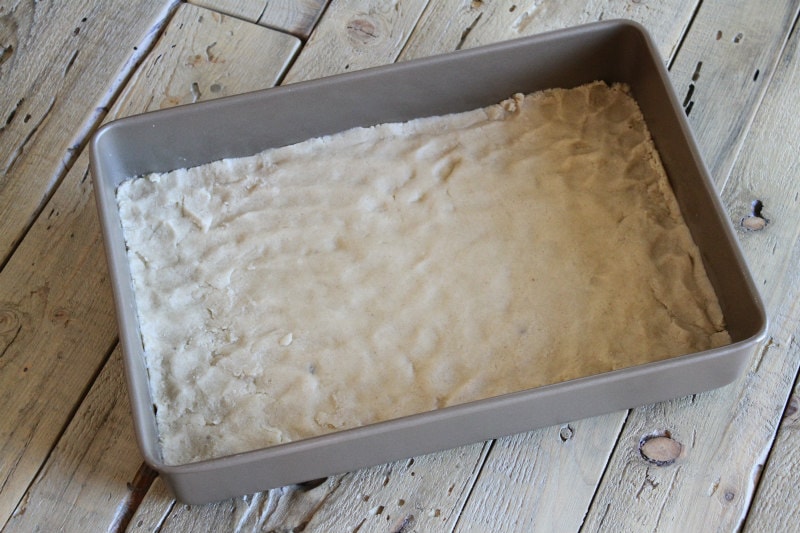 How to make Nutella Shortbread Bars:

You’ll need a 9×13-inch pan.  I like to use my metal pan instead of a pyrex because the pyrex produces more rounded edges, and I don’t like that when I’m making bars.  You can use either pan though- they both work.  You’ll be making a simple shortbread crust- pressing it into the bottom of the pan, and you’ll save part of the crust dough for the end of the recipe. 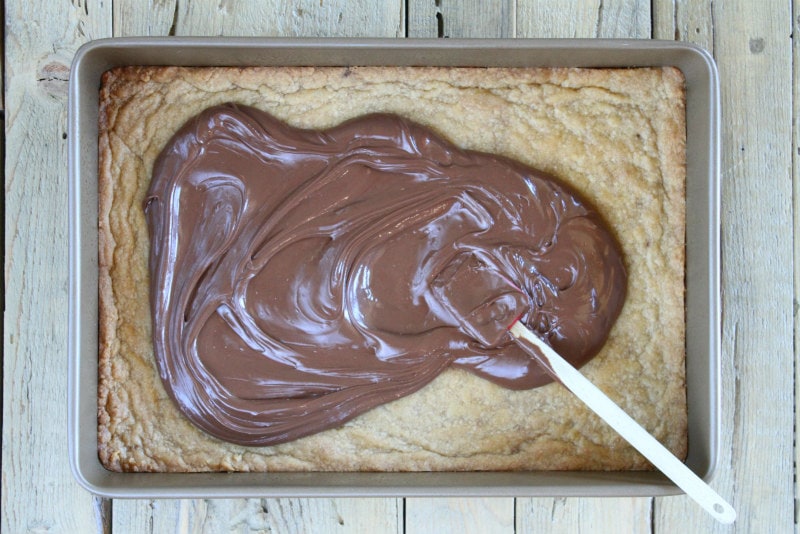 After baking the crust, a good amount of Nutella is spread on top.  Doesn’t that look like something you could dive into and swim around in? 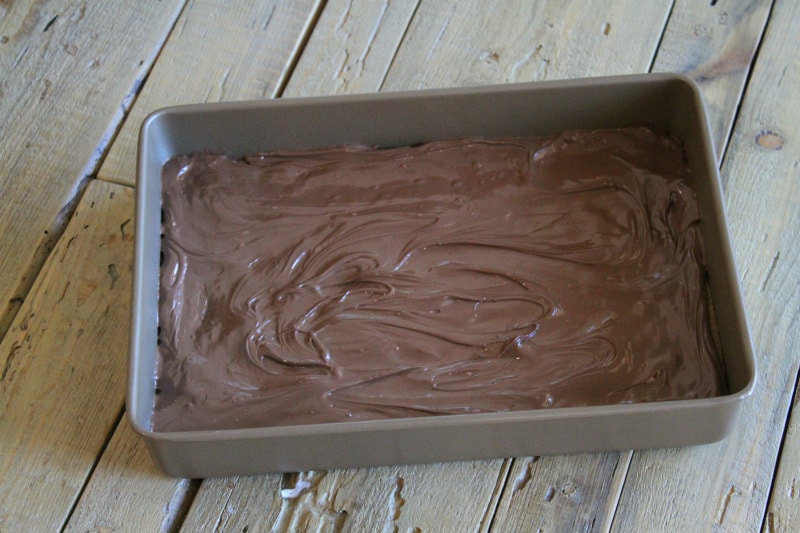 The Nutella is spread to the edges of the pan. 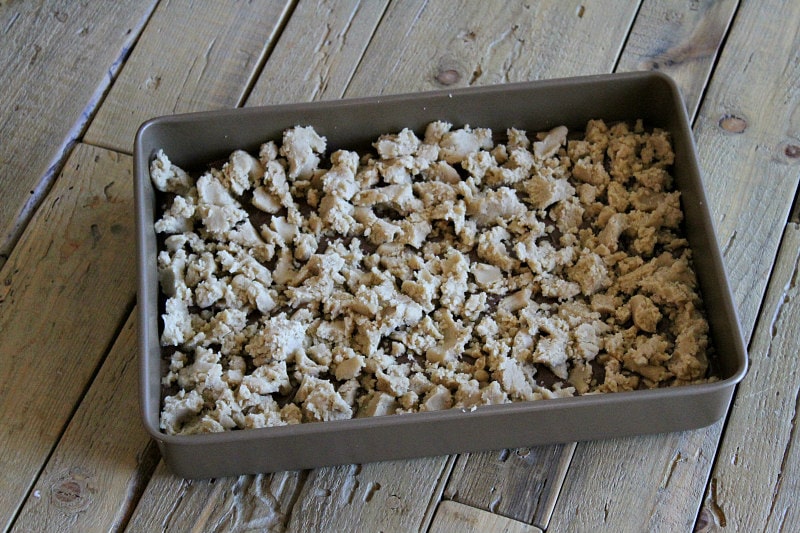 Remember that dough I said you’d be saving from the crust?  It gets crumbled and sprinkled on top of the Nutella.  And then the bars are baked. 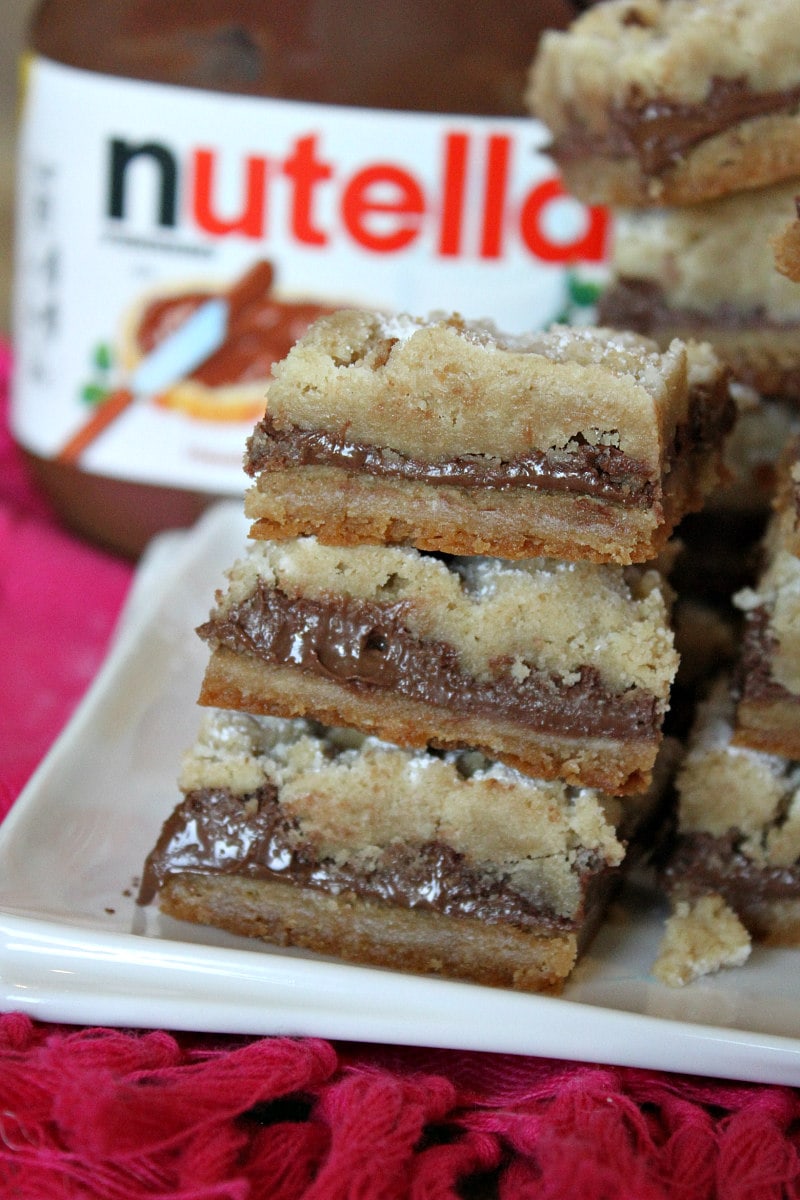 They come out of the oven in one big shortbread blob with a creamy Nutella center.  Powdered sugar is sprinkled on top.  And then they’re cut into bars.  The longer they sit, the Nutella firms up and isn’t as gooey as you see here.

As I mentioned before, these Nutella Shortbread Bars are quite addicting.  Once you eat one, it will be difficult to refrain from eating another! 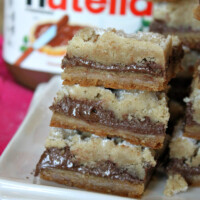 These bars are quite addicting (in a good way!)

ADD THE FILLING AND THE TOPPING: