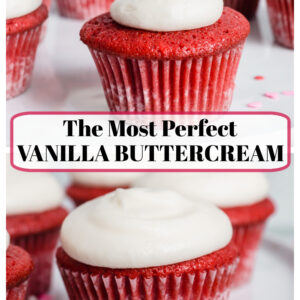 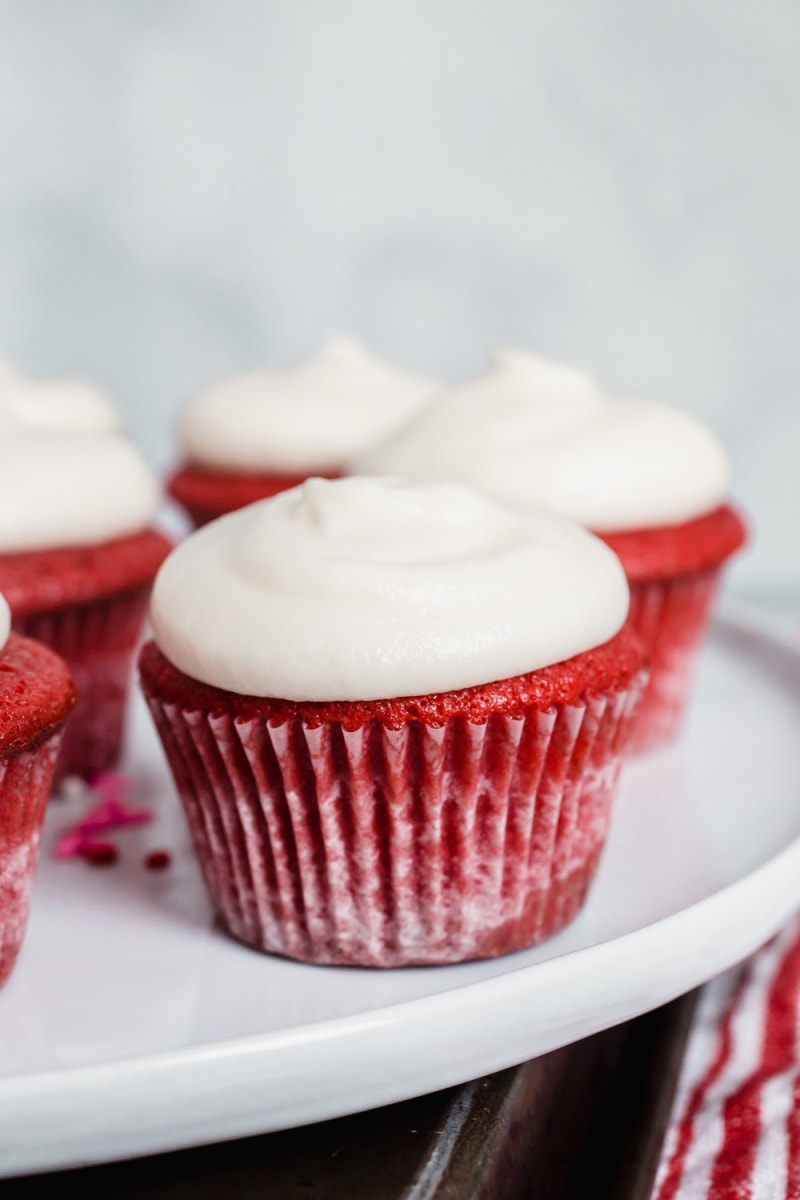 If you are looking for a frosting recipe is is lighter and fluffier than most, this perfect vanilla buttercream frosting is the one to make. The light and fluffy texture looks so pretty on top of cupcakes. It’s the kind of frosting you can pipe on top using an open tip, and it looks like a beautiful, soft pillow. It looks especially lovely on top of my red velvet cupcakes.

If you’re frosting a cake, I recommend using my Wedding Buttercream instead. That one has a thicker, more firm texture that is good for frosting cakes, and it’s perfect for piping too. 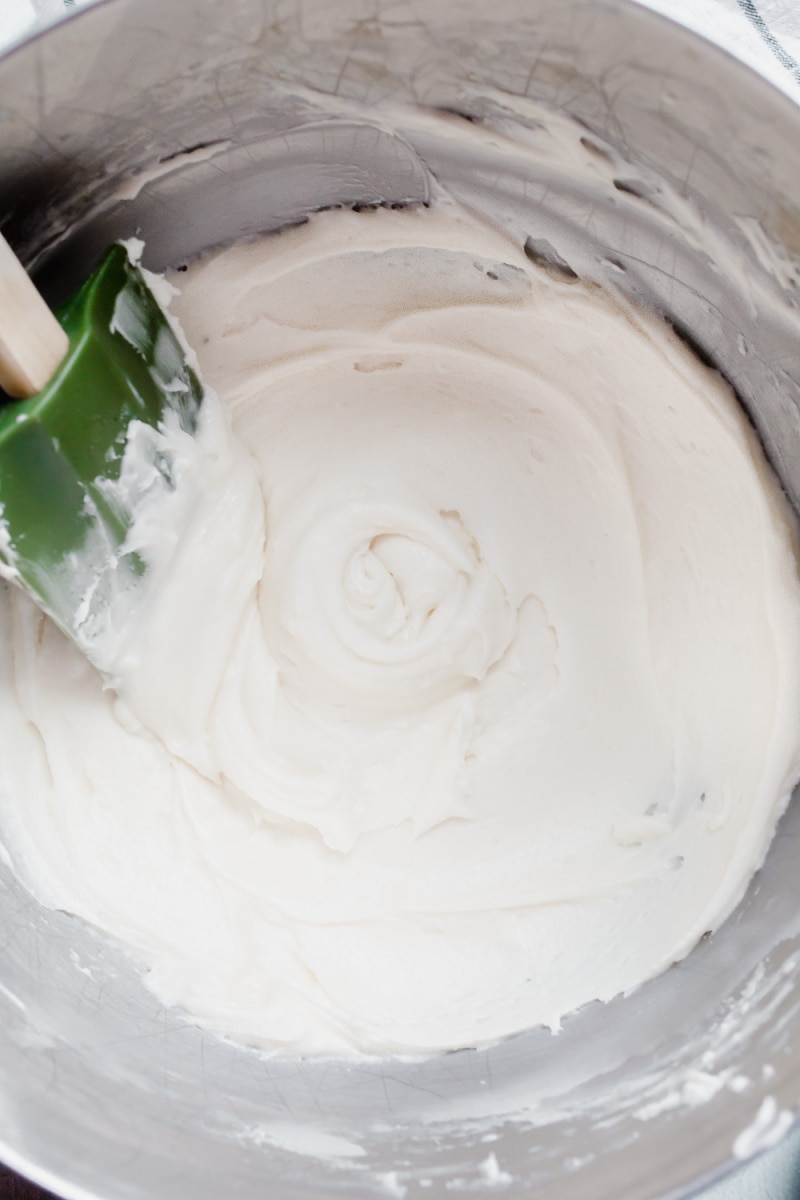 Use an electric mixer (hand mixer or stand mixer) to combine butter and cream cheese, and beat until creamy. Slowly mix in a whole pound of powdered sugar. Then add in milk and vanilla. This recipe will frost 24 cupcakes at 2 tablespoons of frosting per cupcake. If you’re more generous with your frosting, you may not be able to frost 24 with a single recipe.

If you want the “cloud” look to your cupcakes with a fluffy texture, then beat the frosting longer to whip some air into it. The frosting should become light and fluffy. This is especially nice for things like rainbow cupcakes where you want the cloud look on top. 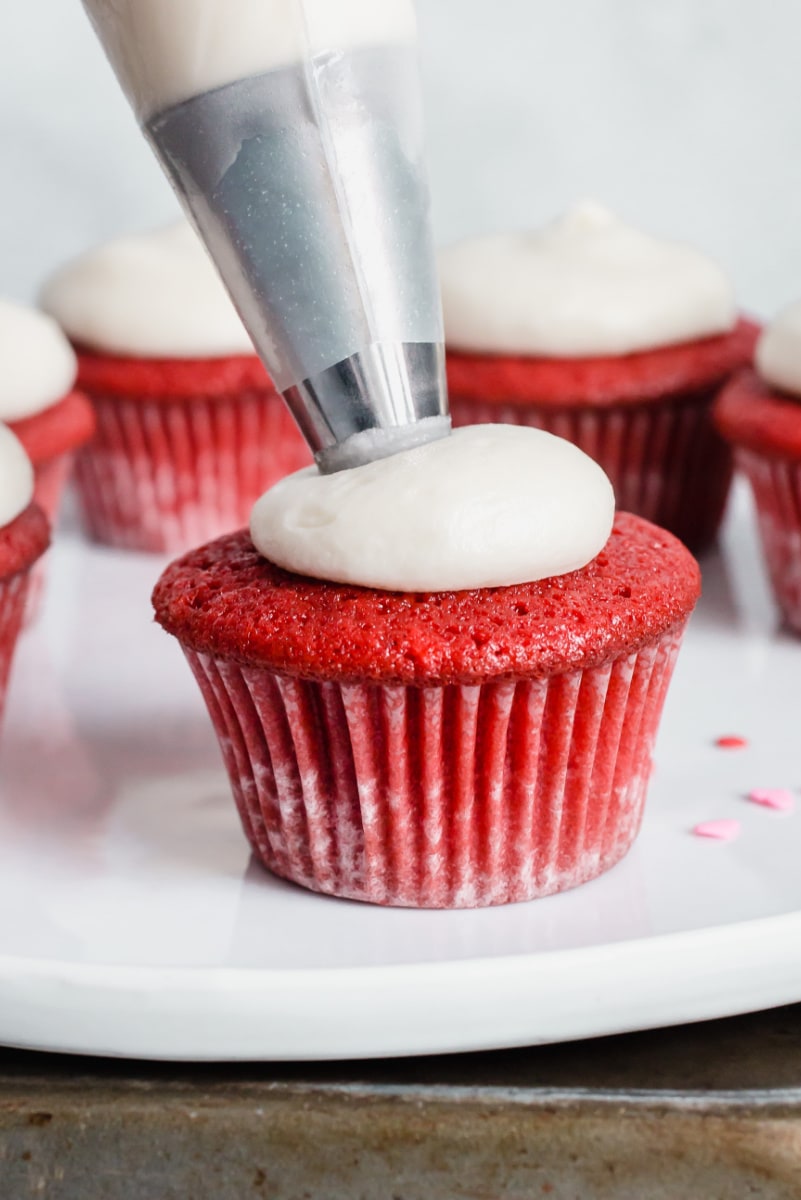 How to pipe frosting onto cupcakes:

Use a pastry bag with an open tip. If I don’t have a coupler on hand to hold the tip in place, I’ve been known to use scotch tape to tape it to the bag to hold it in place while piping! 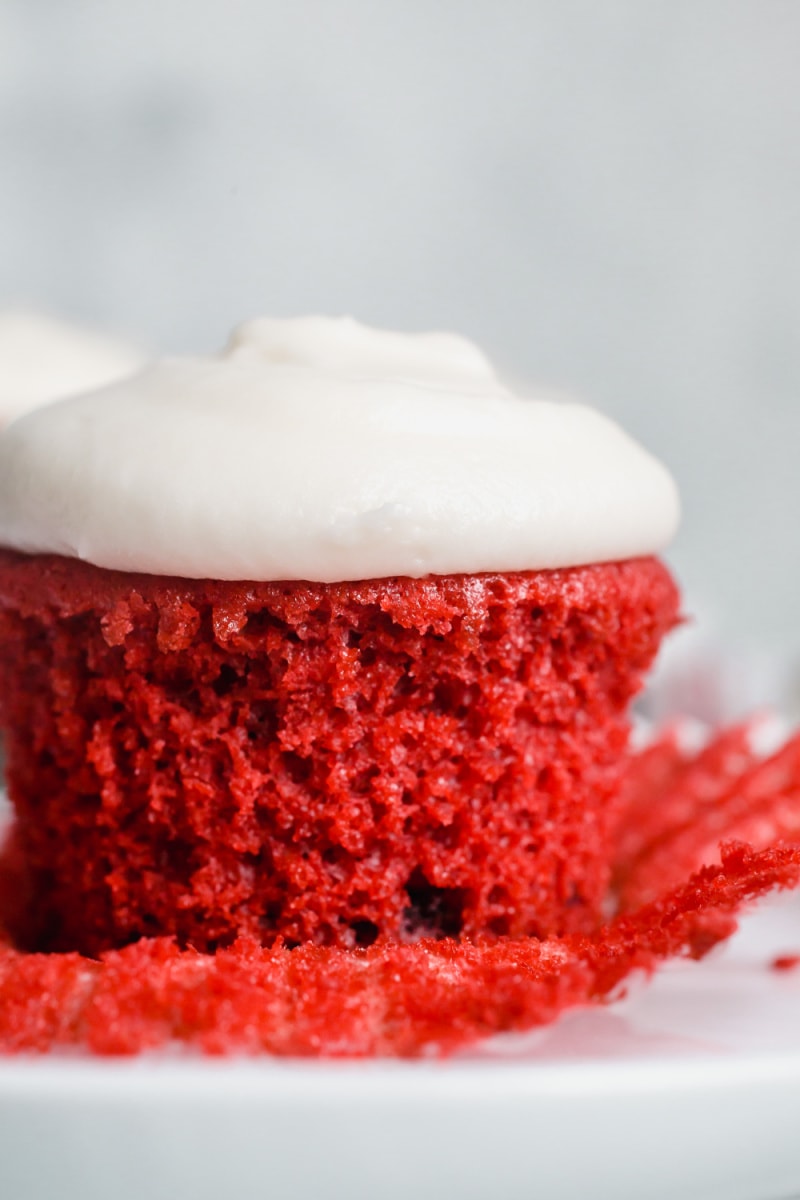 Do frosted cupcakes need to be refrigerated?

Because this perfect vanilla buttercream frosting has cream cheese in it, you should refrigerate frosted cupcakes. Store them in a covered container or a bakery box. 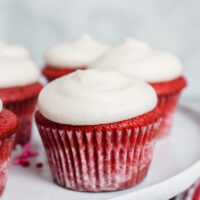