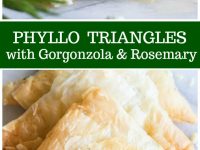 Amazing flavors stand within these Phyllo Triangles with Gorgonzola and Rosemary appetizer bites. 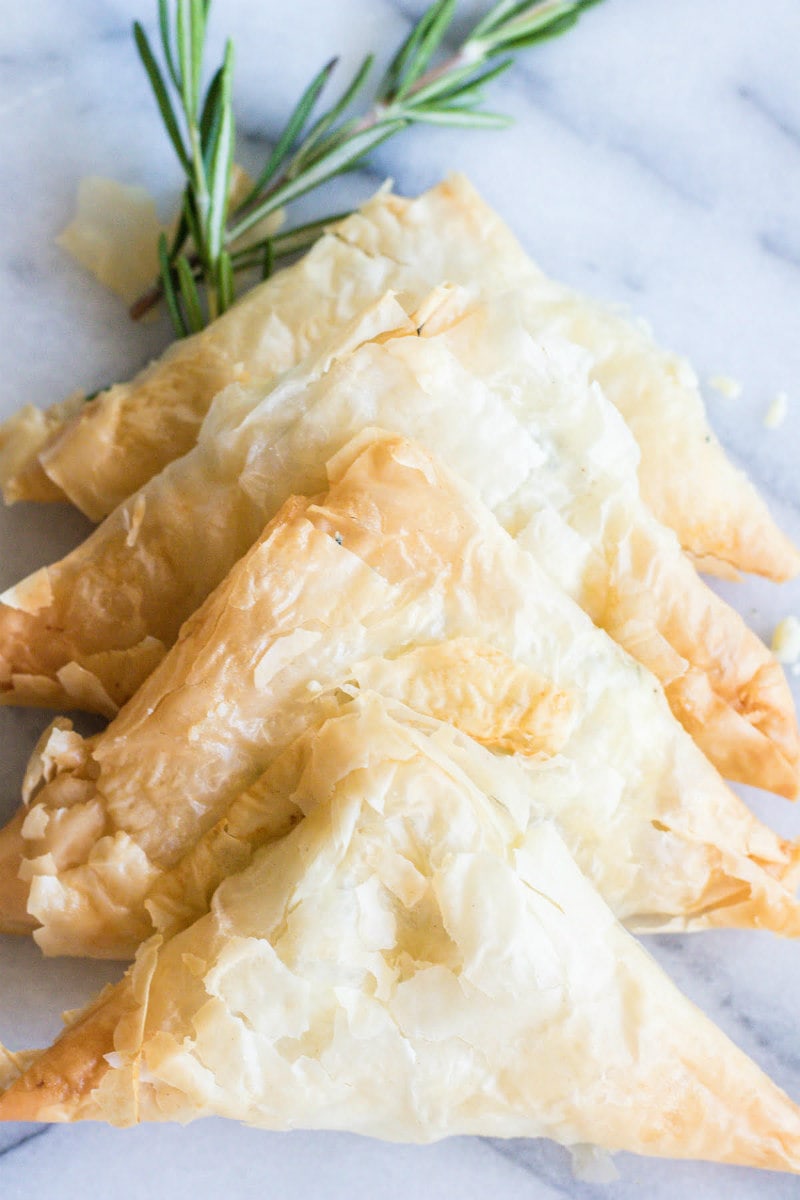 Have you ever tried phyllo triangles?  They’re the best.  They crispy and flaky, and there is a wonderful, tasty filling hidden inside.

Phyllo, also known as filo, is tissue-thin sheets of dough that have very little fat. Many popular Greek dishes, such as baklava and spanakopita, are made with phyllo dough. And it’s the main ingredient in making Phyllo Triangles, of course! 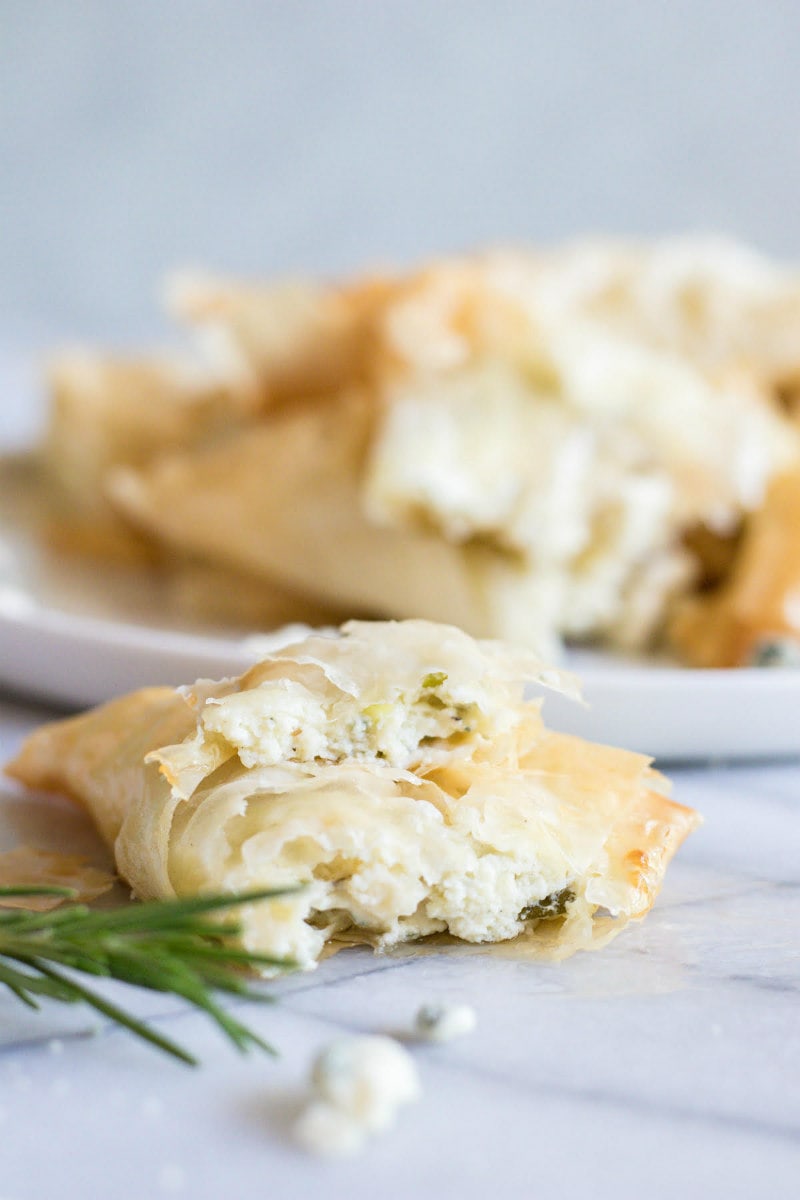 How do you make Phyllo Triangles?

First you’ll follow the instructions in the recipe below for making the filling for the phyllo triangles. Then, you’ll lay a sheet of Phyllo on a work surface.  I like to use a large cutting board. Next, you’ll brush the sheet of phyllo lightly with melted butter, then cut it lengthwise into 3 equal strips, each about 4 inches wide. Place 1 tablespoon of the filling mixture at the bottom end of the strip. Fold a corner of the phyllo over the filling and repeat folding as you would fold a flag until entire strip is folded, brushing with melted butter as you go along.

Something important to note: Since the phyllo is super thin, it dries out very easily.  So while you’re preparing your phyllo triangles, it is best to cover the phyllo sheets with plastic wrap and a damp dish towel. 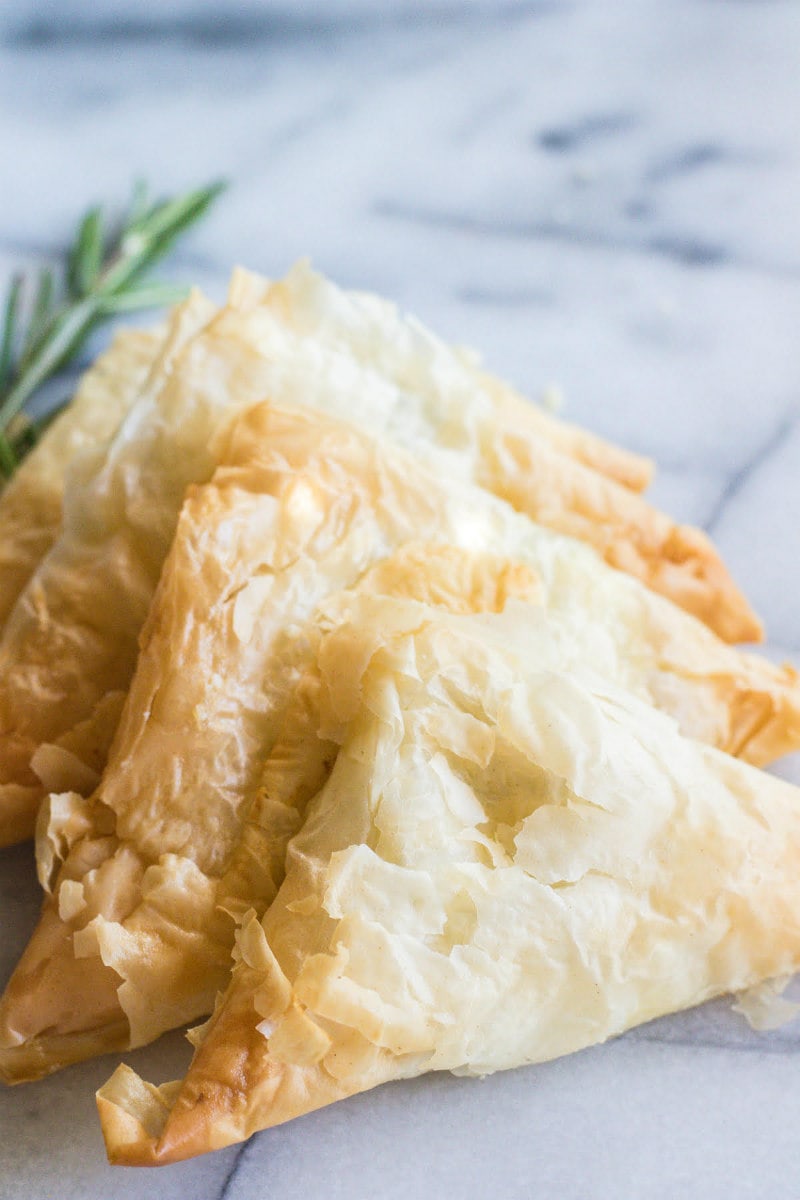 The filling is a delicious mixture of ricotta, gorgonzola, parmesan, green onion, rosemary and egg.  These are a fabulous appetizer to make for a cocktail party.  They are often the first to disappear from the table!

If you’re looking for more delicious appetizers that are good for entertaining, you might also enjoy my Bacon Wrapped Scallops and these Tortellini Sausage Skewers.  My Easy Salami Appetizer and this Pesto and Garlic Shrimp Bruschetta are popular choices too! 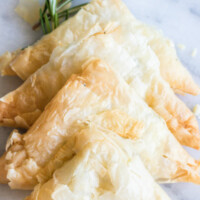 Phyllo Triangles with Gorgonzola and Rosemary

Such a delicious appetizer recipe!