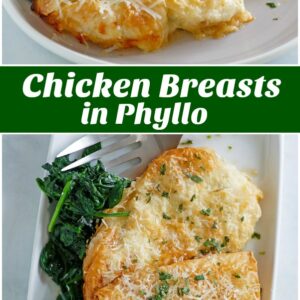 Chicken Breasts in Phyllo is a different and delicious way to serve chicken! 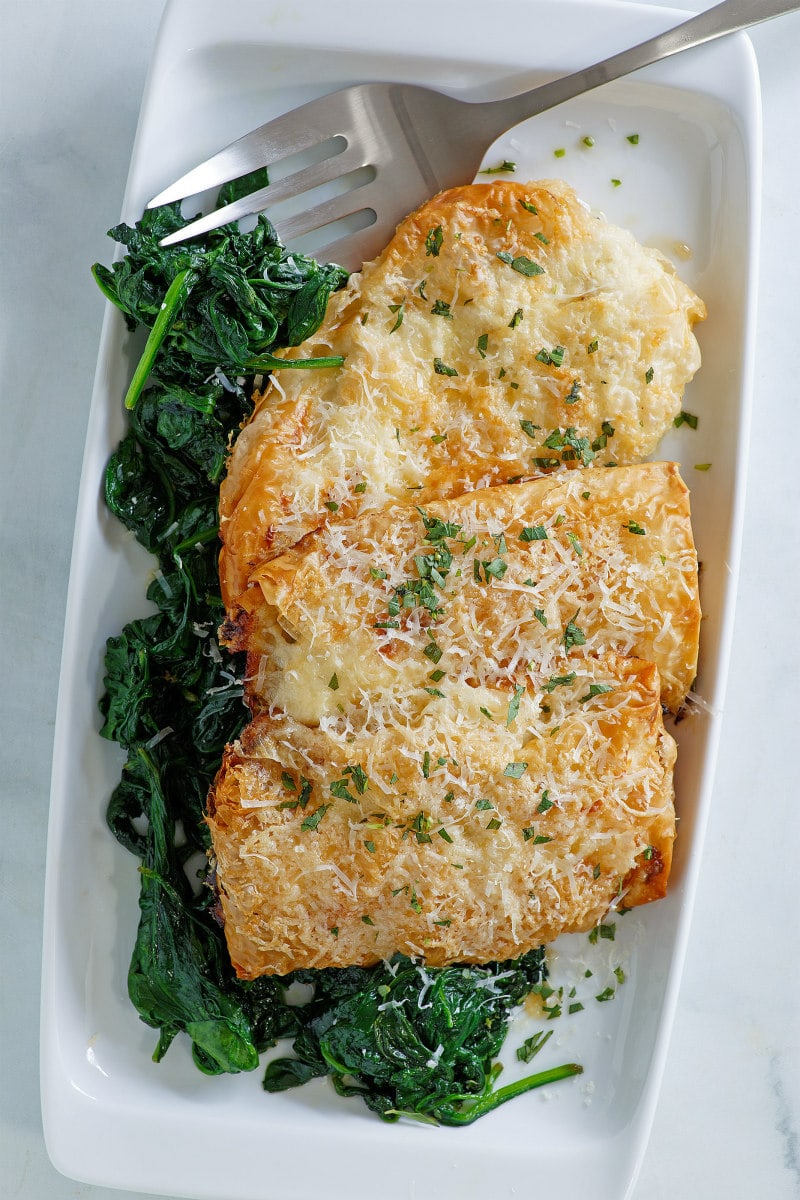 In this recipe, chicken breasts are wrapped in buttery phyllo. There is a creamy lemon sauce inside each phyllo “packet.” And they are baked until golden brown and perfect! Serve them with your favorite vegetables. 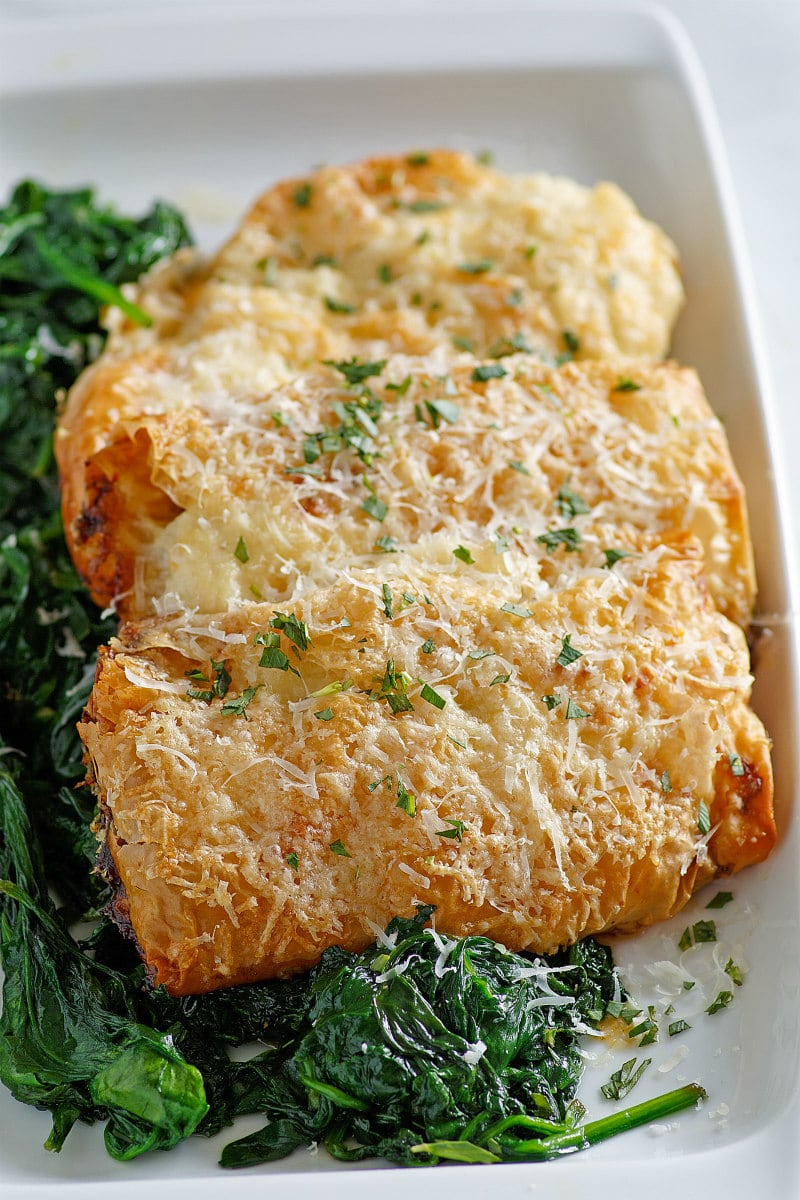 How to make Chicken Breasts in Phyllo?

One phyllo sheet is buttered. A chicken breast half is sprinkled with salt and pepper and spread with a creamy lemon sauce. The chicken is then placed onto the buttered phyllo and topped with another piece of buttered phyllo. Then the chicken is wrapped up in the phyllo like a package. You’ll repeat with the remaining phyllo, chicken and sauce until you’ve made 6 chicken packages.

The chicken breasts in phyllo are placed into a baking dish, brushed with butter and sprinkled with Parmesan cheese. They are baked for about 30 minutes, until they are all nice and golden brown.

What is Phyllo and how do you work with it?

Phyllo (also known as Filo) a very thin unleavened dough known primarily for making Middle Eastern pastries. Phyllo-based pastries are made by layering many sheets of phyllo brushed with oil or butter before baking. It is also used in savory dishes with delicious success!

Phyllo can be a little tricky to work with, so there are a few things to keep in mind to make it easier. 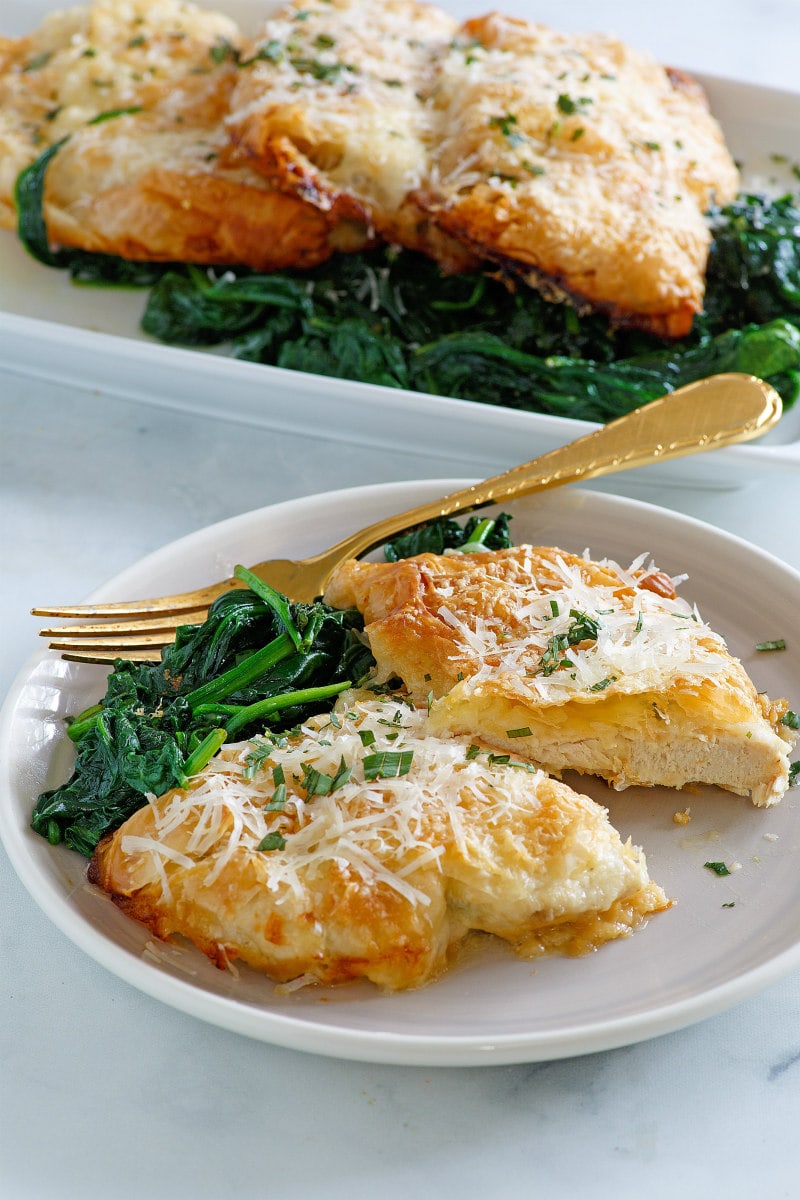 I love the crunchy texture of the phyllo in this recipe, and the chicken turns out super tender and flavorful with the sauce baked inside. The phyllo is like a buttery pastry wrapper for the chicken. Enjoy! 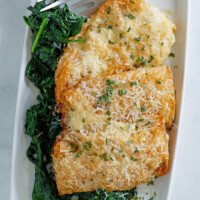 A delicious way to eat chicken!