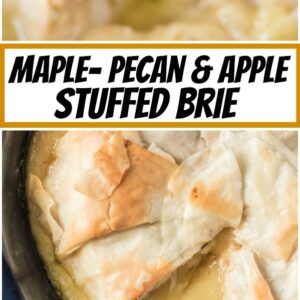 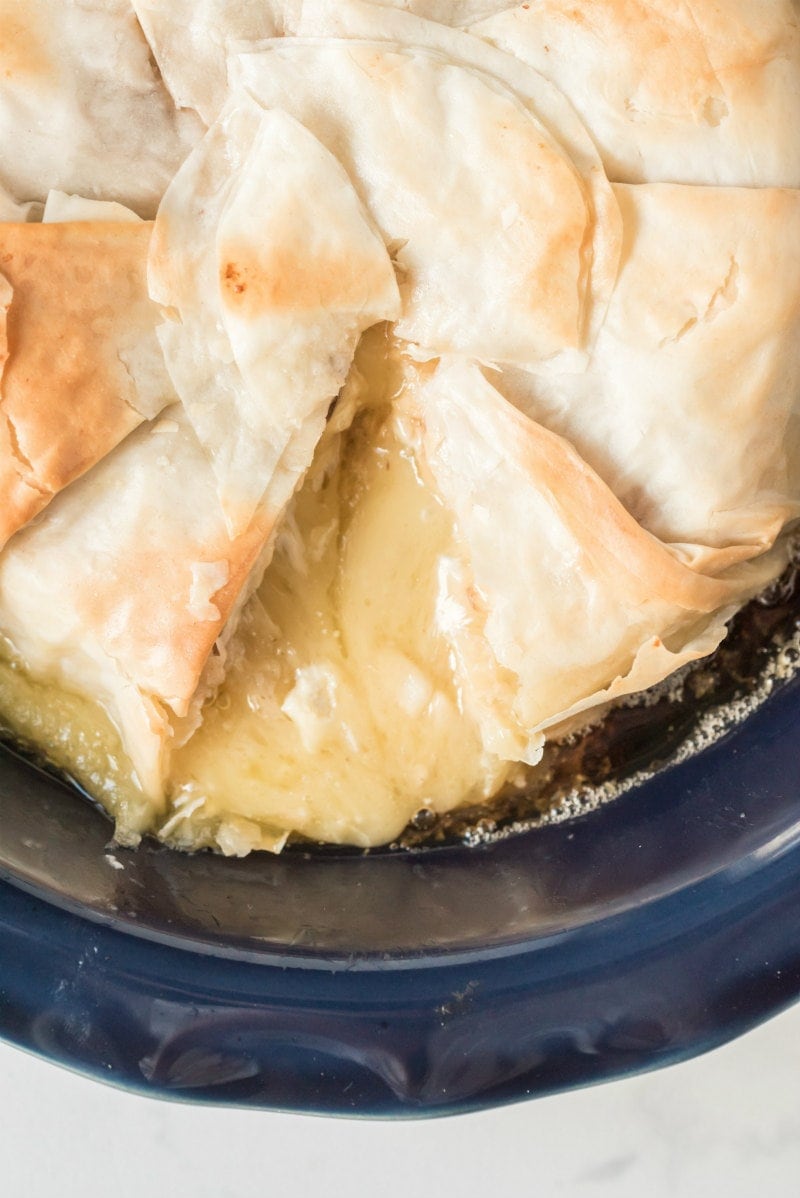 Have you ever tried perfectly melted and gooey brie? It’s the best appetizer. I worked many catering gigs back in college, and we used to serve large wheels of brie that were melted in chafing dishes. People were drawn to that melted brie like crazy. I’ve made it at home ever since I learned how to do it. It’s the most wonderful vessel for dipping sliced baguette. And I think you will find that it’s impossible to stop eating this Maple Pecan Apple Stuffed Brie! 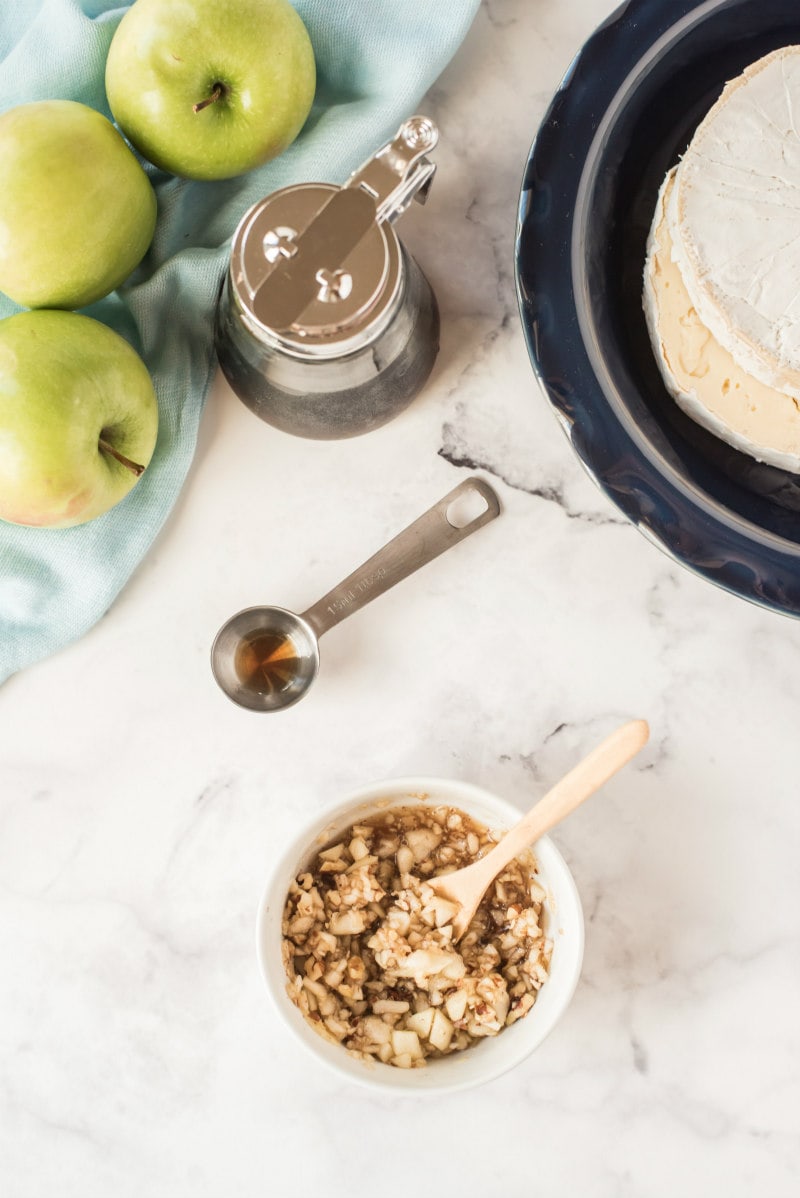 How to toast pecans:

Place the pecans on a baking sheet. Bake in a 350 degree F. oven for 15 minutes, or until lightly browned and fragrant. Keep an eye on them so they don’t brown too quickly or burn. 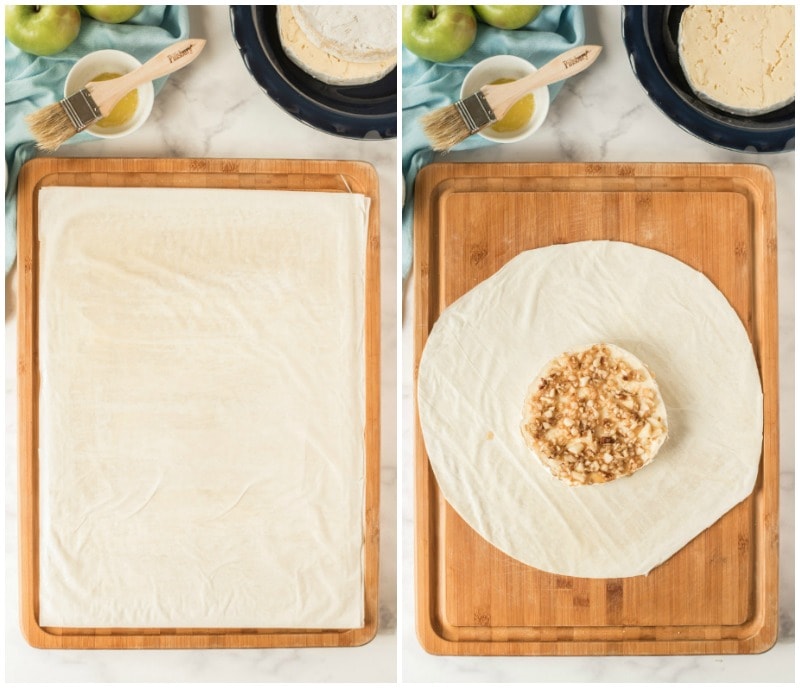 One sheet of phyllo is laid on a work surface and brushed with melted butter. Three more sheets of phyllo are stacked upon the first one, brushing each with butter as they are added. Then you’ll use kitchen scissors to cut a large round out of the phyllo. Your round of brie cheese will be cut in half horizontally and placed onto the round of phyllo. Apple, toasted pecans and maple syrup are then spread onto the cheese.

Tips on working with phyllo dough (it can be tricky): 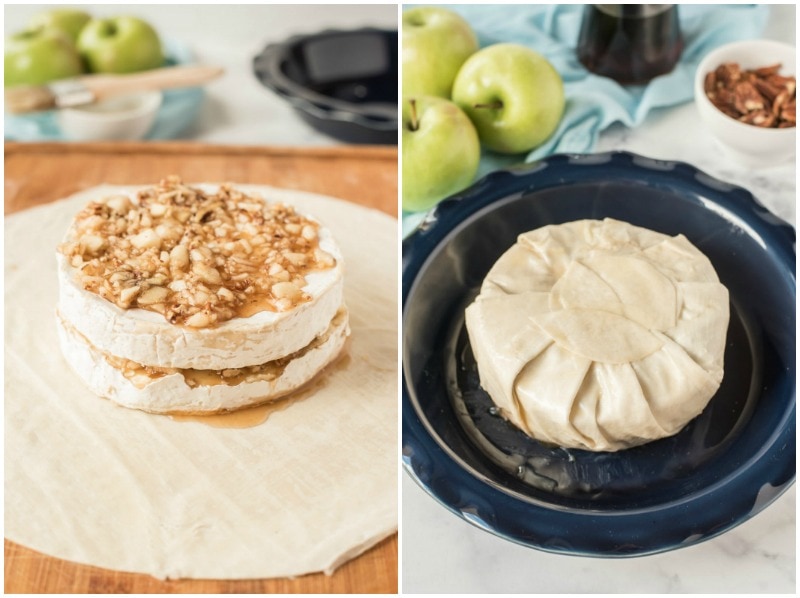 The next round of brie is then placed on top of the first and topped with more apples, pecans and maple syrup. Then the phyllo is wrapped around the brie and placed into a baking dish. 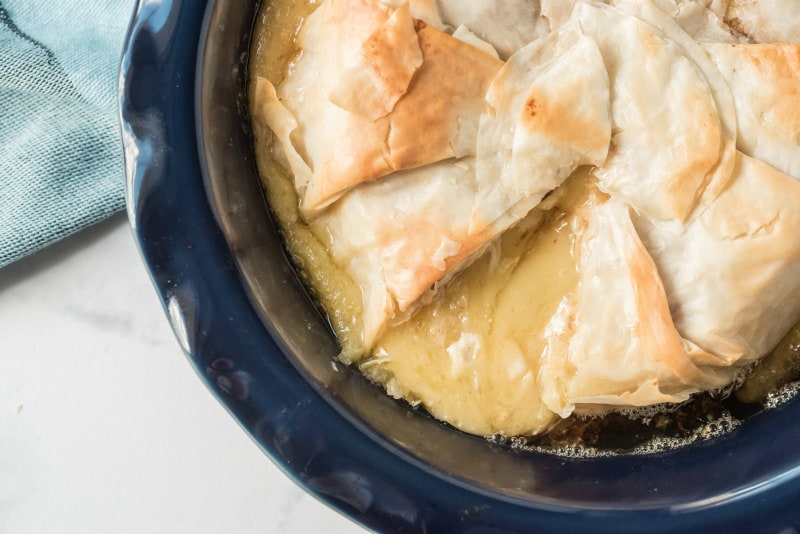 The brie is baked for about 15 minutes until golden brown. At this point the cheese will be completely melted and wonderful. 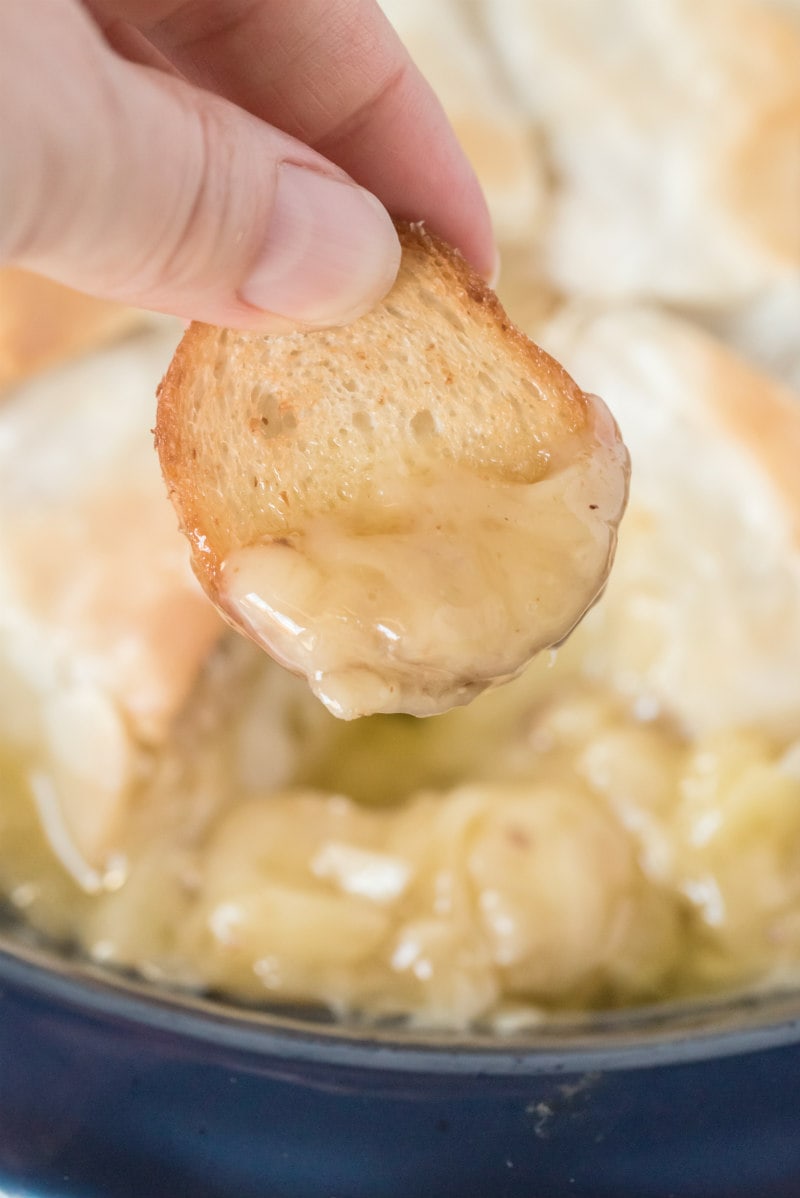 What to serve with melted brie:

Cut into the cheese after baking, and use baguette slices and apple slices for dipping. 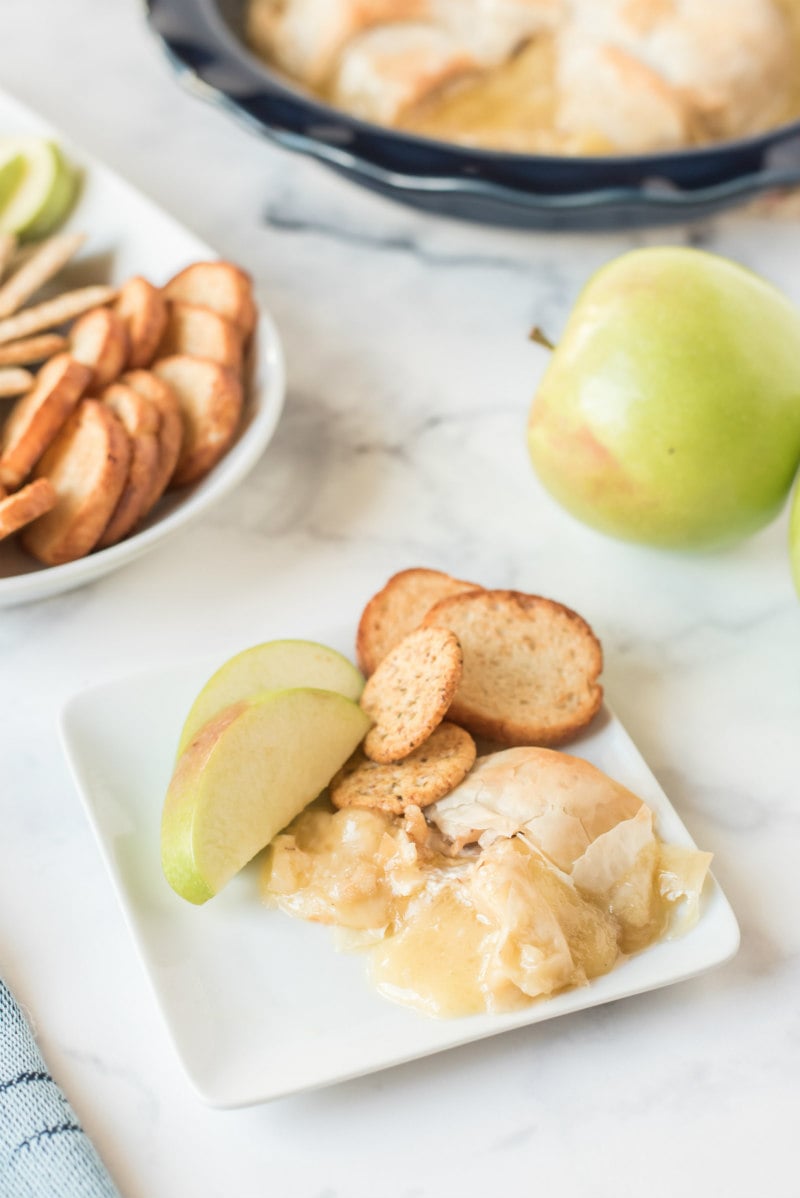 Serve this Maple Pecan Apple Brie with little plates and forks so people can slice it and place it on a plate with bread and apple. The maple/pecan/chopped apple in this recipe adds some awesome fall flavors to an already amazing baked cheese. Enjoy! 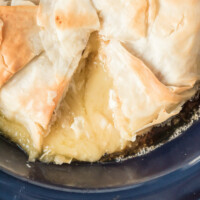 A decadent appetizer for dunking baguette and apple slices!