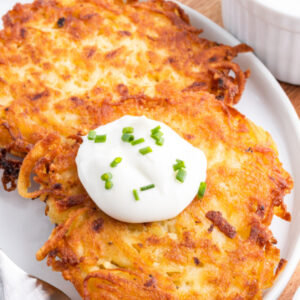 These Potato Latkes are a delicious recipe to make for celebrating Hanukkah or just because. 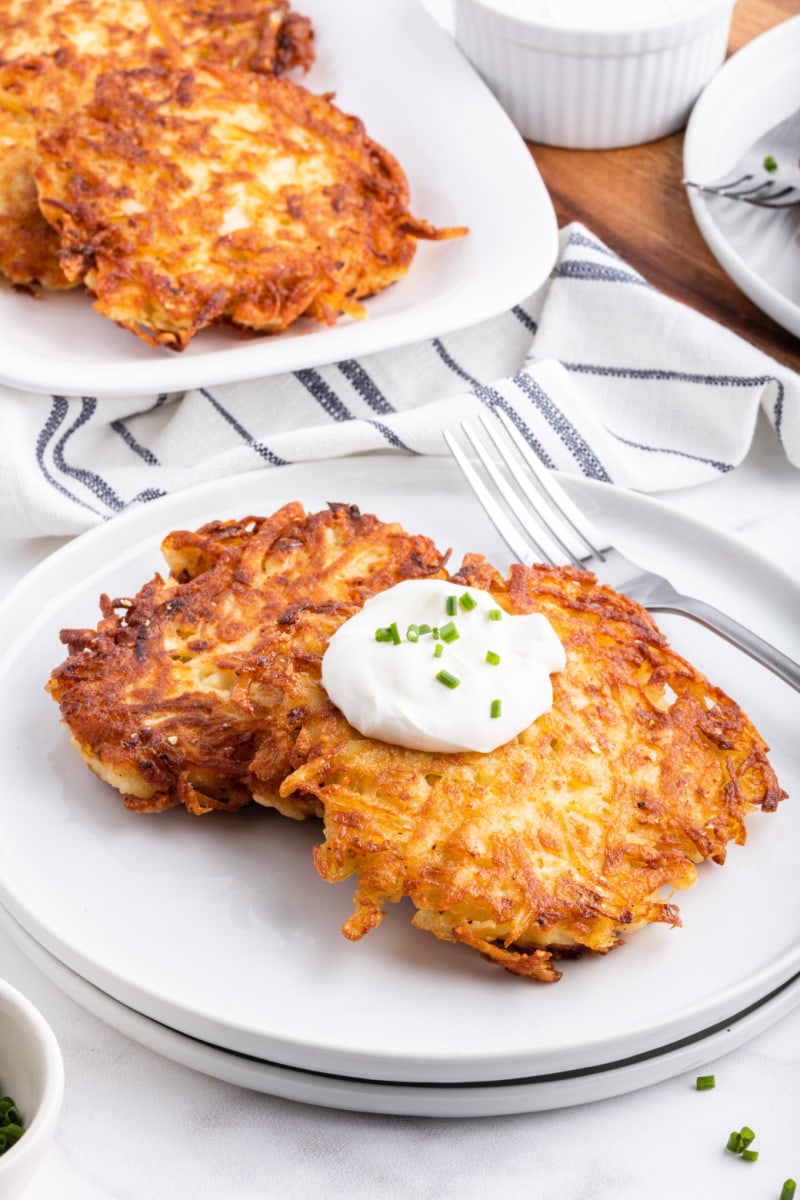 When I was in college, I worked at a Jewish elementary school for a couple of years. I’m not Jewish myself, but I did have the opportunity to learn about a lot of the Jewish traditions and foods associated with them. I ate a lot of challah bread and sampled many potato latkes too. 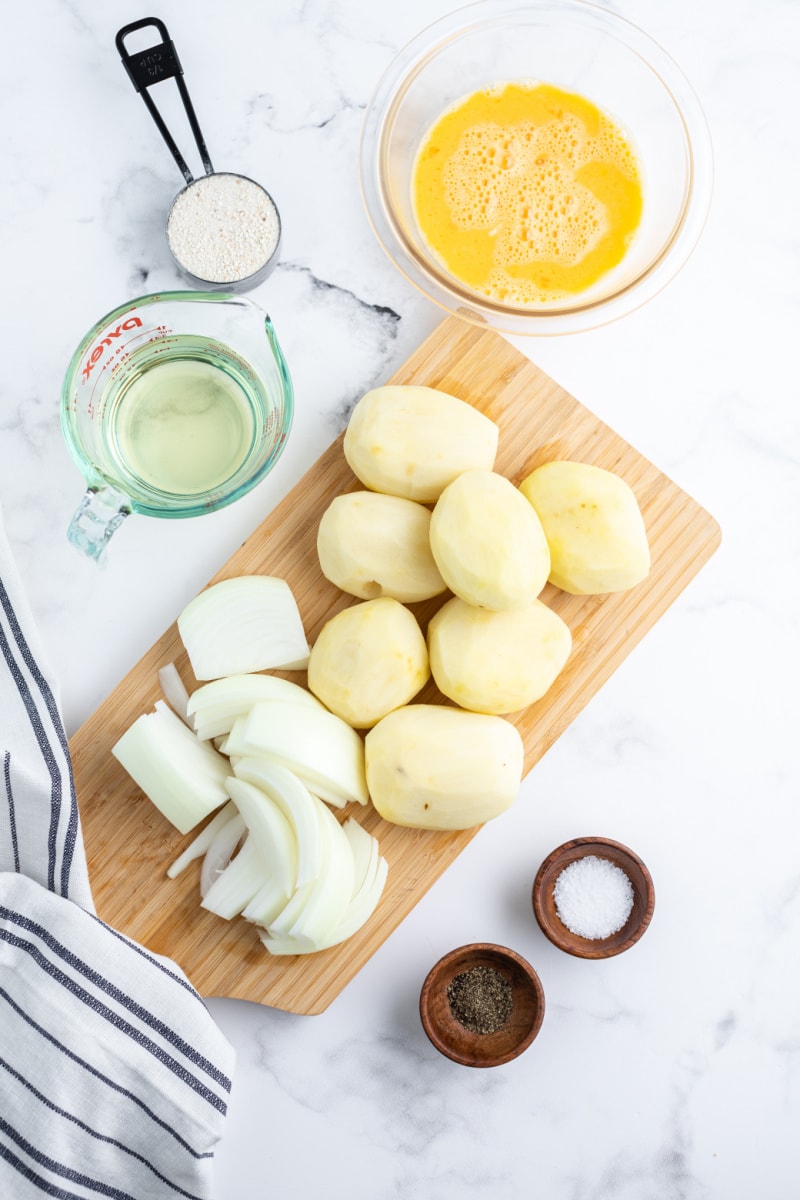 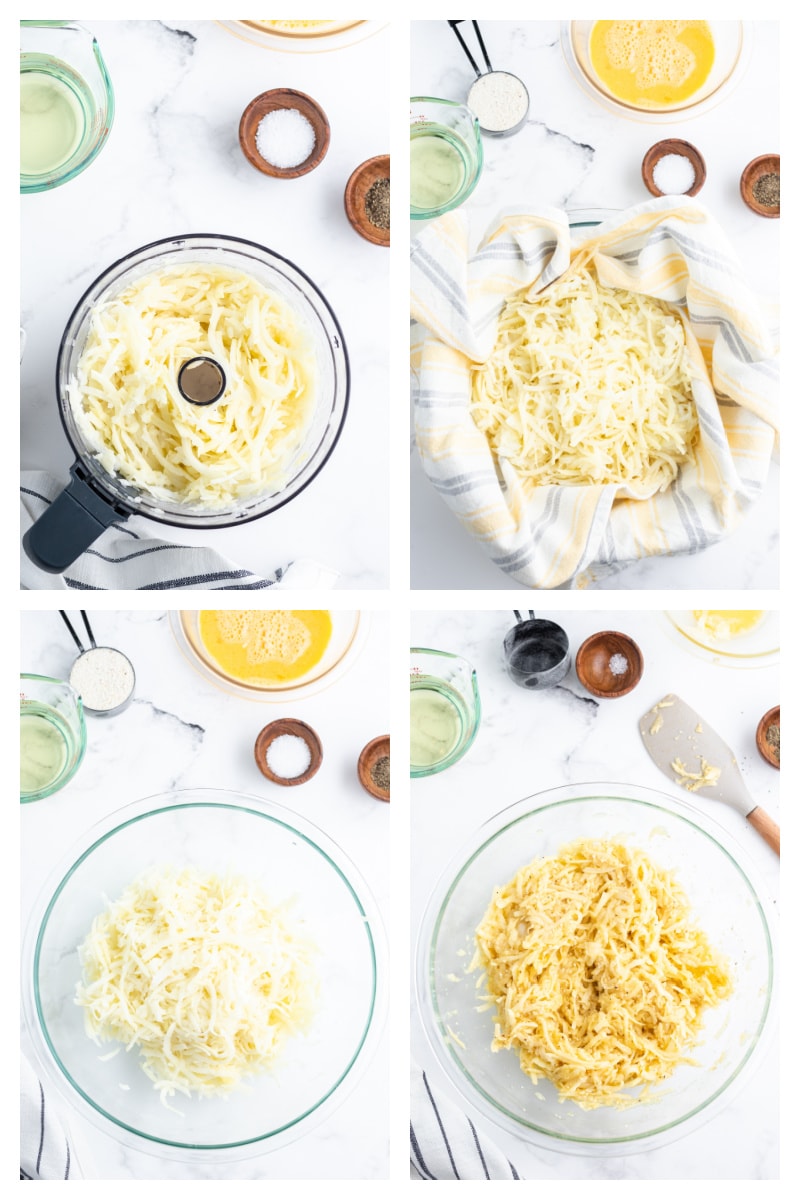 How to make Potato Latkes:

Grate the potatoes and onion together in the food processor. If you don’t have a food processor, you can grate them both by hand. The juices from the onion will help prevent the potatoes from turning brown. Transfer the grated onion/potato to a clean dish towel, wrap it up and squeeze the liquid from the mixture. Squeeze hard to get it all out!

Put the squeezed-dry onion-potato mixture in a bowl. Stir in eggs, matzo meal, salt and pepper. 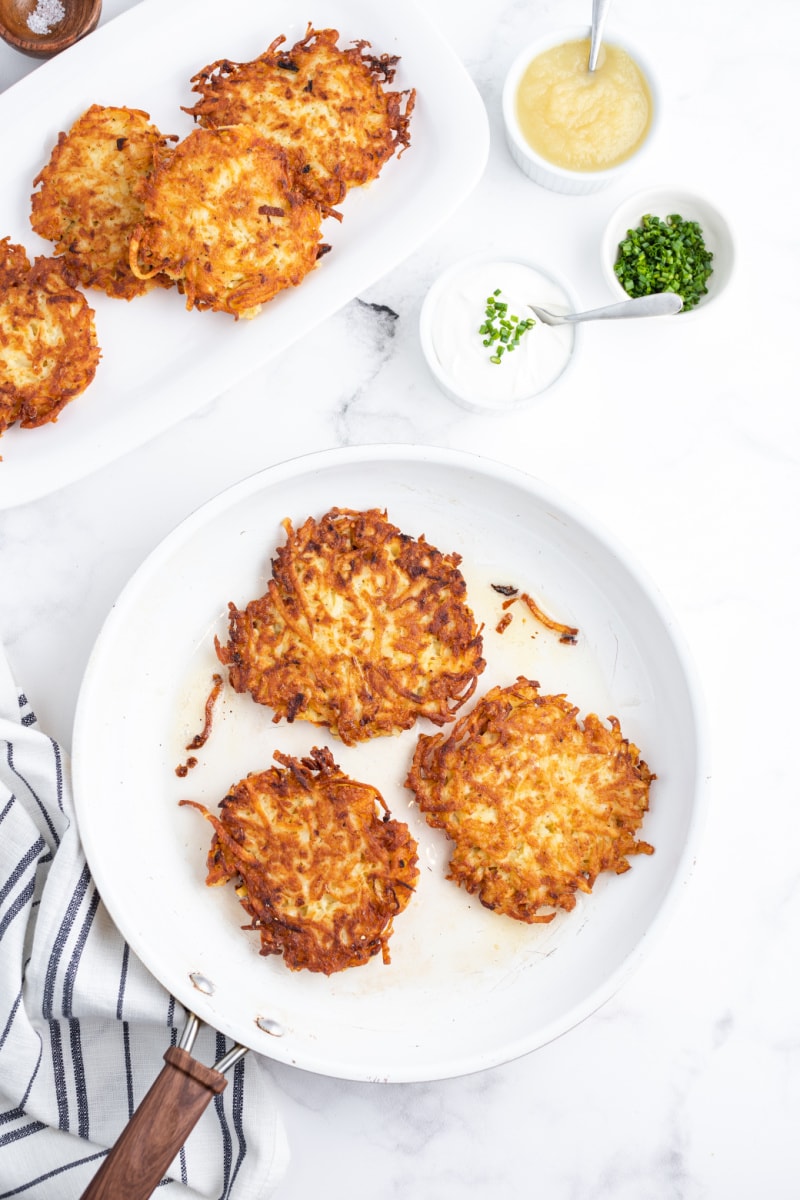 Heat oil in a pan. Add a small amount of the onion/potato mixture to the pan and fry it on both sides to test out the temperature of the oil. You want it to be golden brown on both sides.

Fry the latkes by adding 1/2 cup of the mixture to the pan shaped in pancake form. They will need to fry for about 5 minutes on each side to be nice and golden brown and cooked through. 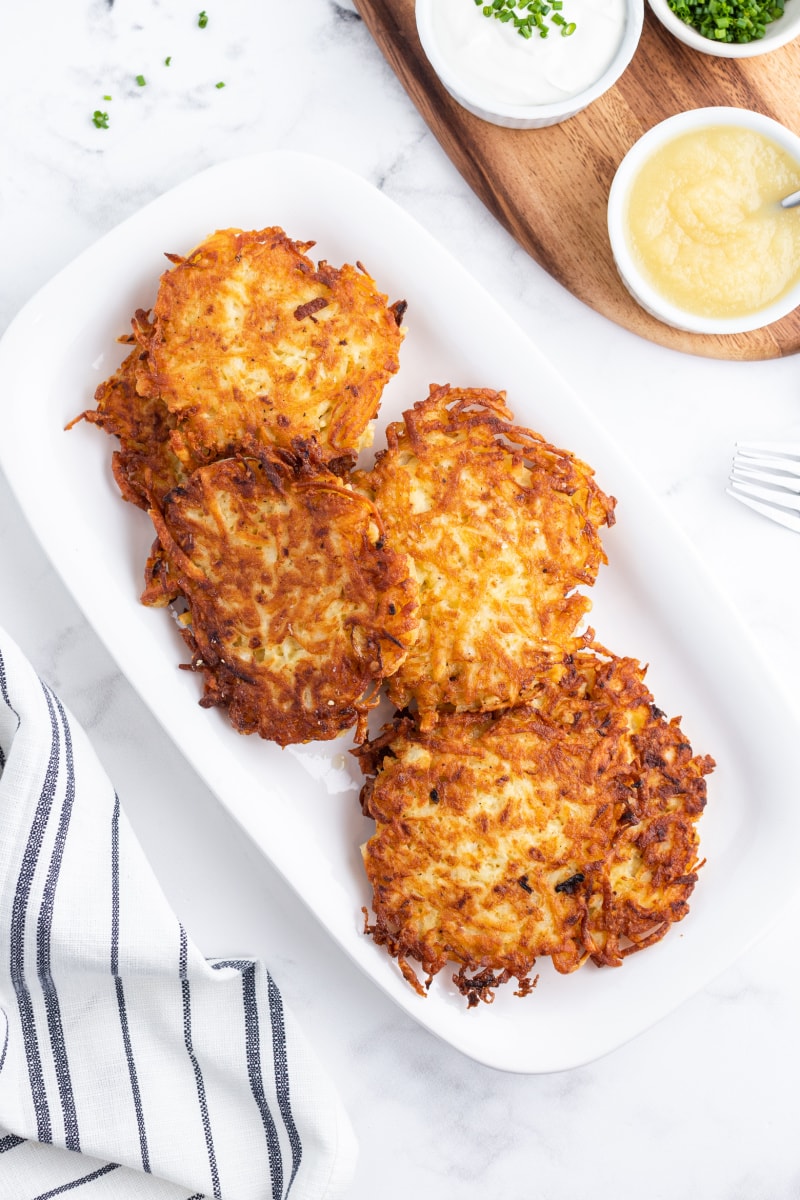 One tip to keep in mind as you’re forming the latkes is that the leftover liquid is going to accumulate on the bottom of the bowl. So as you get to the last of the potato mixture, just give each batch a squeeze so you’re not bringing extra liquid into the pan. 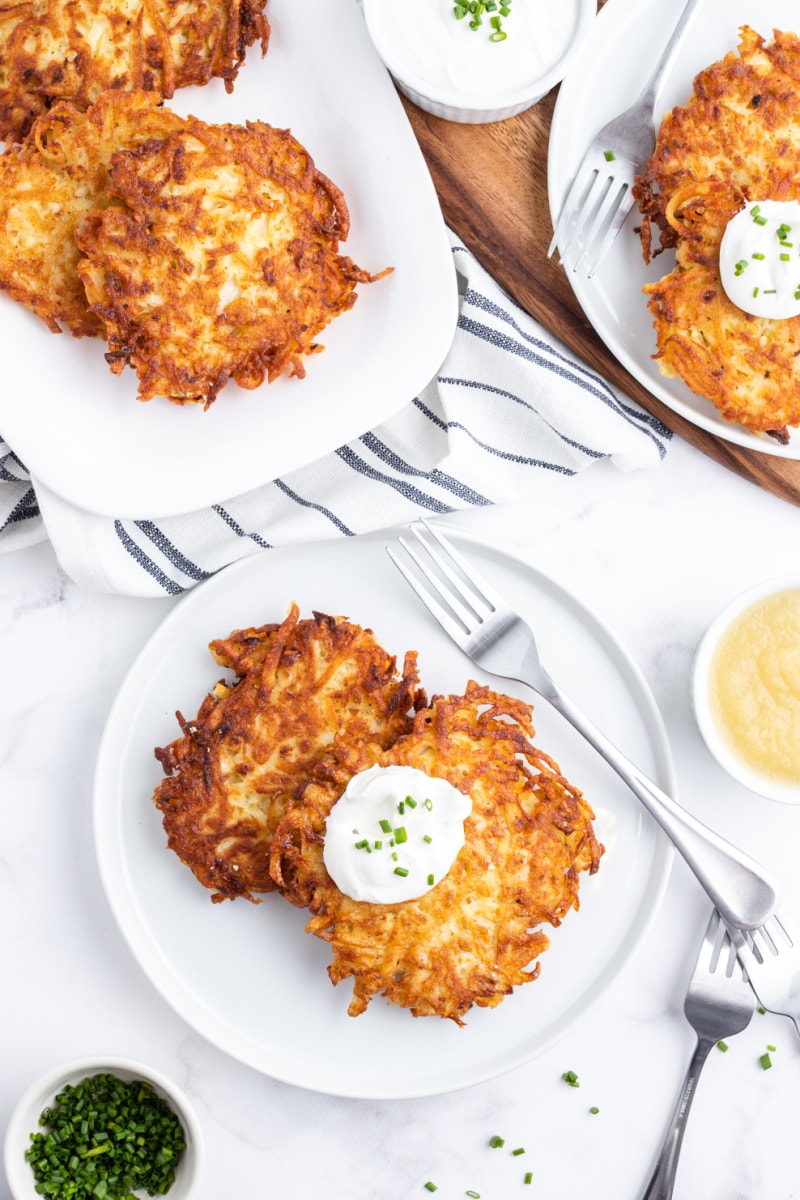 What do you serve with latkes?

You can eat potato latkes on their own. But they’re especially good with a little sour cream or applesauce. Chives are good on top too. 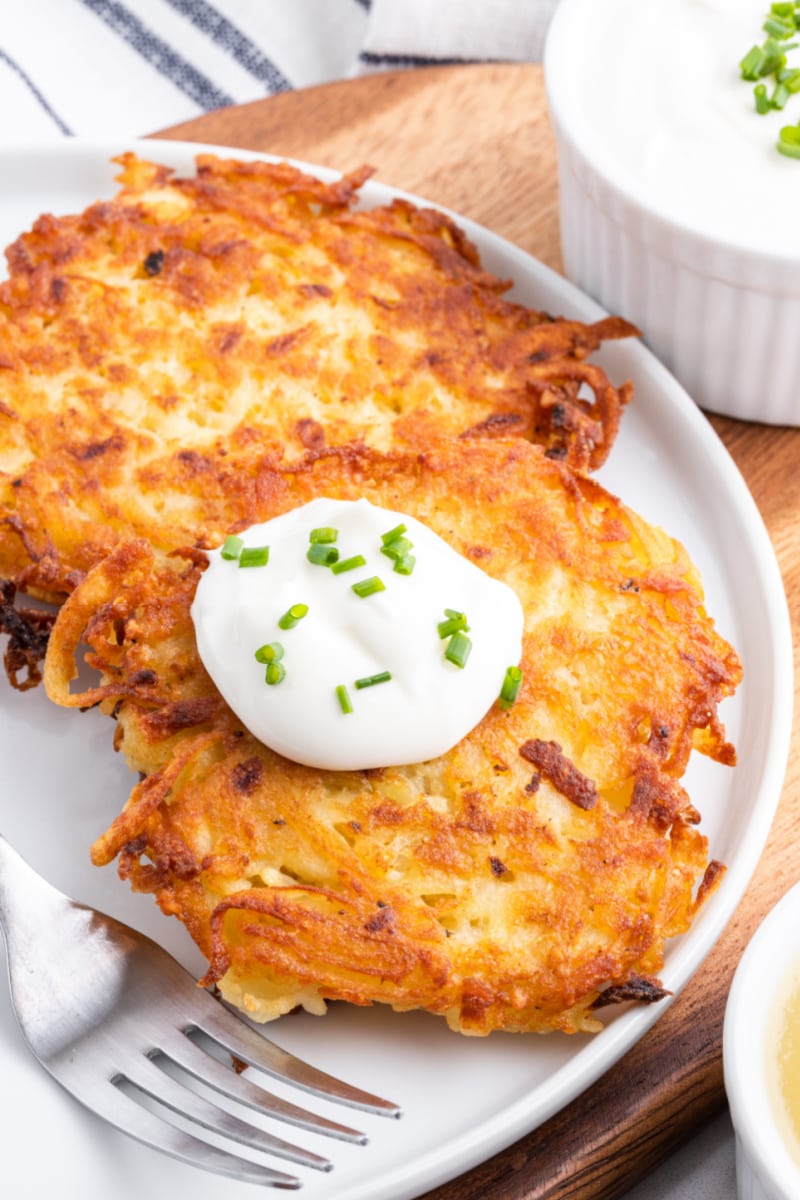 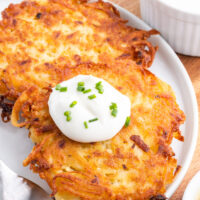 So good for Hanukkah or any time!