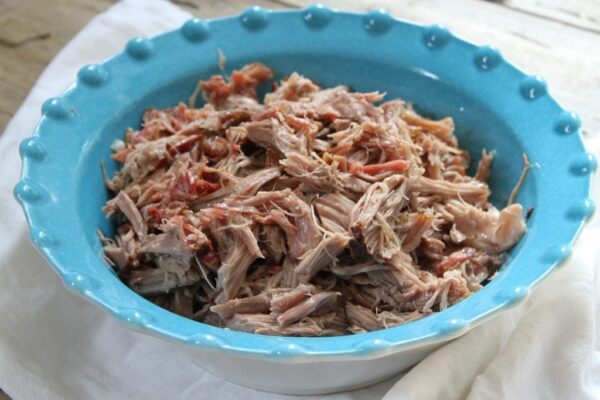 I spotted this recipe a couple of months ago and have made it no less than 4 times.  It’s the easiest recipe, and it turns out the most flavorful pork that is totally tender.  In the slow cooker, you add bacon to the bottom, then top it with a garlic studded pork roast that has been sprinkled in coarse salt.  I find that a bone-in pork roast works best.  The one time I tried a boneless pork roast, it turned out too dry.  Not so with a bone-in!

The kicker on this recipe is that it cooks for 16 hours on low.  So my routine is to put it in my slow cooker when I go to bed at 10 or 11pm.  My slow cooker only has the ability to cook for a maximum of 12 hours, so at 10 or 11 the next morning, I set it for an additional 4 hours.  If you’re having a lunch-time or afternoon party for Super Bowl or whatever… adjust your timing accordingly. 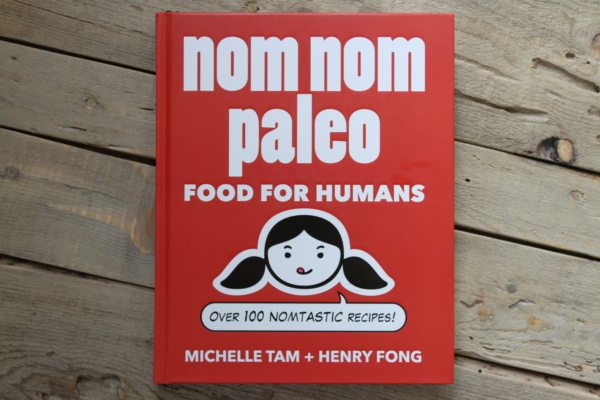 This recipe comes from Nom Nom Paleo: Food For Humans by Michelle Tam and Henry Fong.  Published in 2013, I’ve had this cookbook for a while now and have just picked it up and started cooking from it.  If you’re eating low carb, Paleo or Whole 30… it’s a good one to draw from.  Plus, the recipes are great for everyday people too!  There are tons of great step-by-step photos as well as tips, tricks and lots of advice in this book. 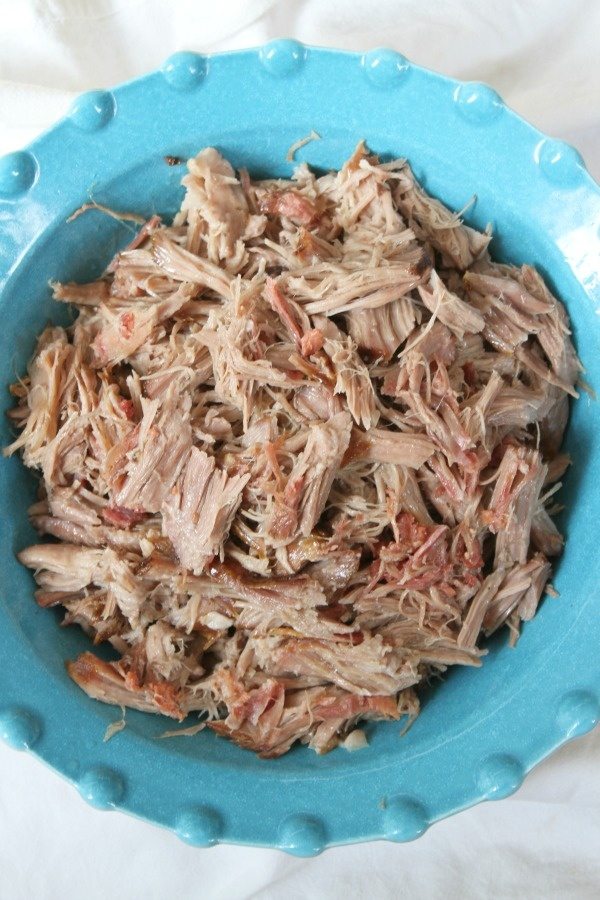 So what do you do with a bunch of pulled pork like this?  It’s really good eaten by itself!  But you can make lettuce wraps out of it- add lettuce, tomato, guacamole, cheese or whatever you’d like.  You can add a little bbq sauce and make sliders out of it.  Use it to top polenta.  Mix it into scrambled eggs, or add it to salads.

This recipe has become a big-time family favorite at our house! 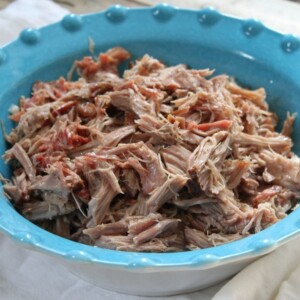 Here are a few more slow cooker pork recipes you might enjoy:

Disclosure:  This post contains an Amazon affiliate link for the purchase of the cookbook featured.