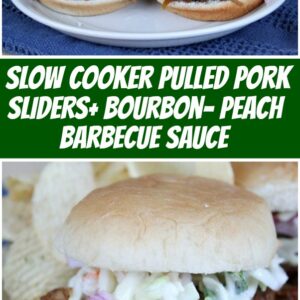 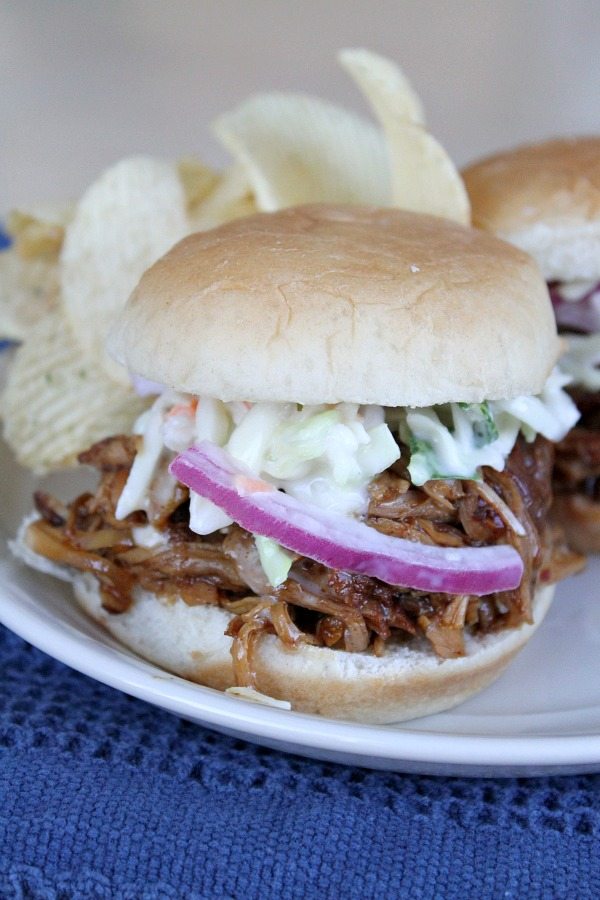 I spotted this recipe in July’s Cooking Light magazine while on vacation this summer.  My husband was looking over my shoulder and said, “Oh man, you’ve gotta make those!”  I was sort of thinking the same thing.  So we invited some friends over, and I popped a pork roast into the slow cooker for the day (I really love it when my slow cooker makes dinner for me).  And then we ended up with these delicious Slow Cooker Pulled Pork Sliders.  I have three letters for you > Y.U.M. 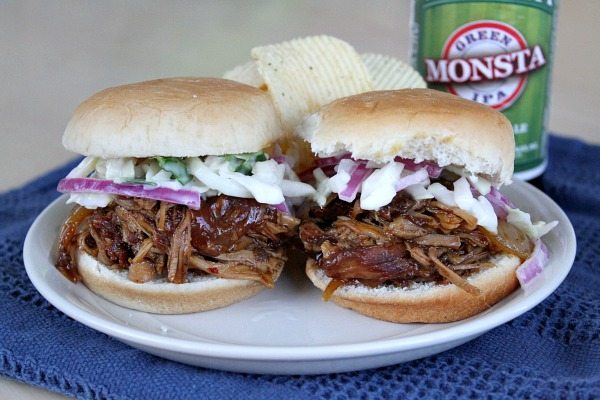 Here are some things you need to know about these Slow Cooker Pulled Pork Sliders: 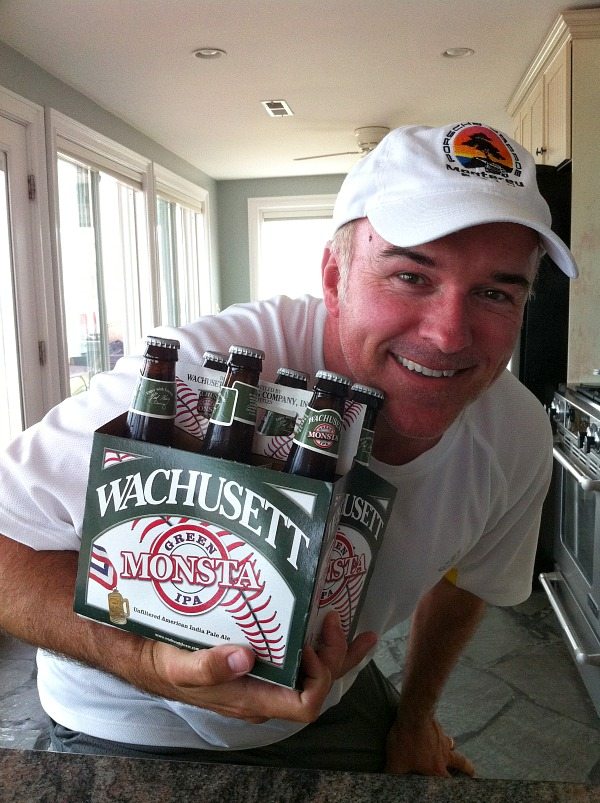 There’s my cute, crazy husband.  He’s fond of beer.  And he’s a Red Sox fan.  So when he found this beer in Massachusetts, he was pretty excited 🙂

Turns out the Green Monsta IPA went very well with the sliders!  We kept with pulled pork sandwich tradition and added the coleslaw to the actual sandwich itself.  That’s the way to do it, right? 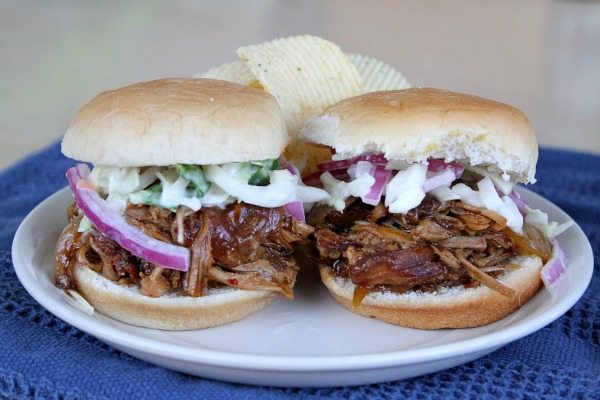 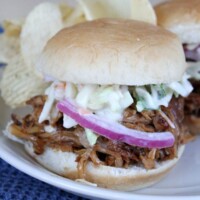