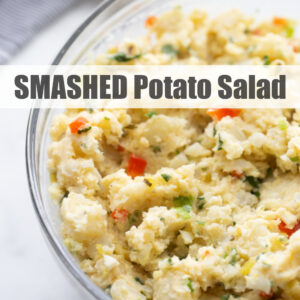 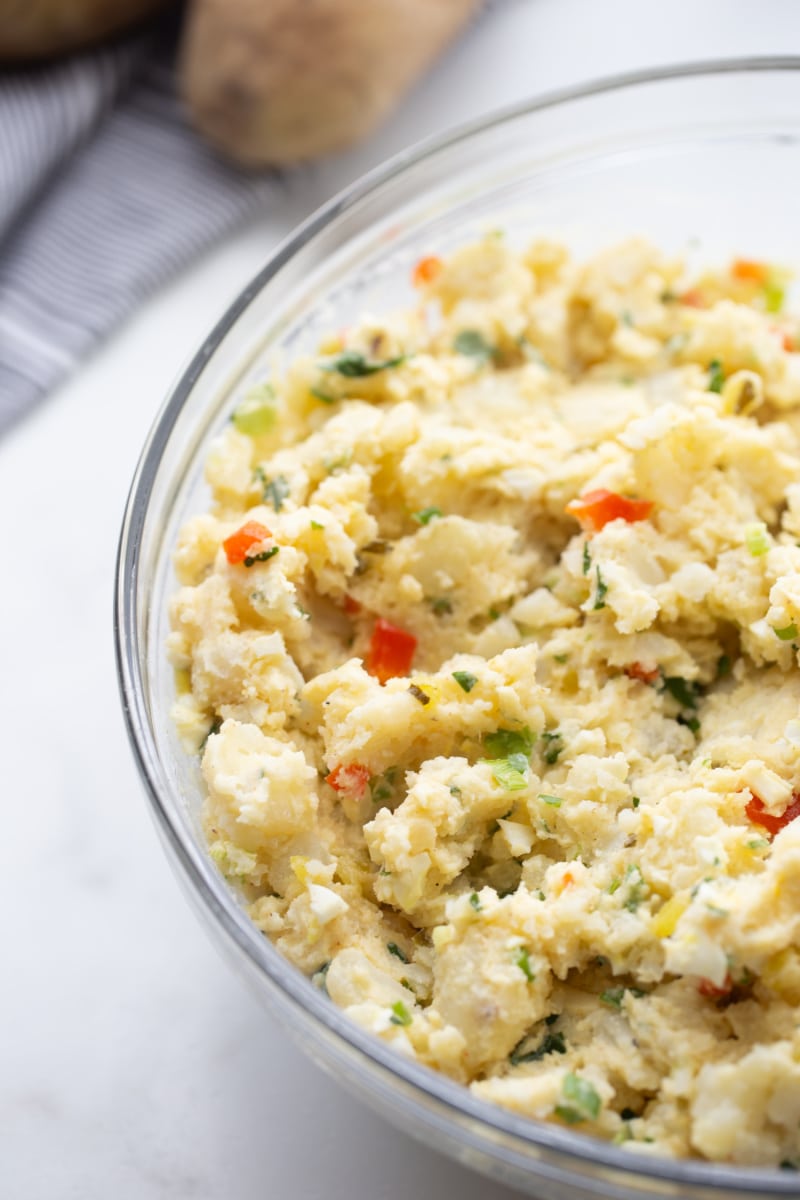 Potato salad is a staple for family gatherings, barbecues and parties hosted all year long. Everyone loves a good potato salad! This smashed potato salad is slightly sweet with added sweet pickle relish and a sweet mayonnaise dressing. The potatoes are slightly smashed but still chunky. It’s a unique take on classic potato salad. 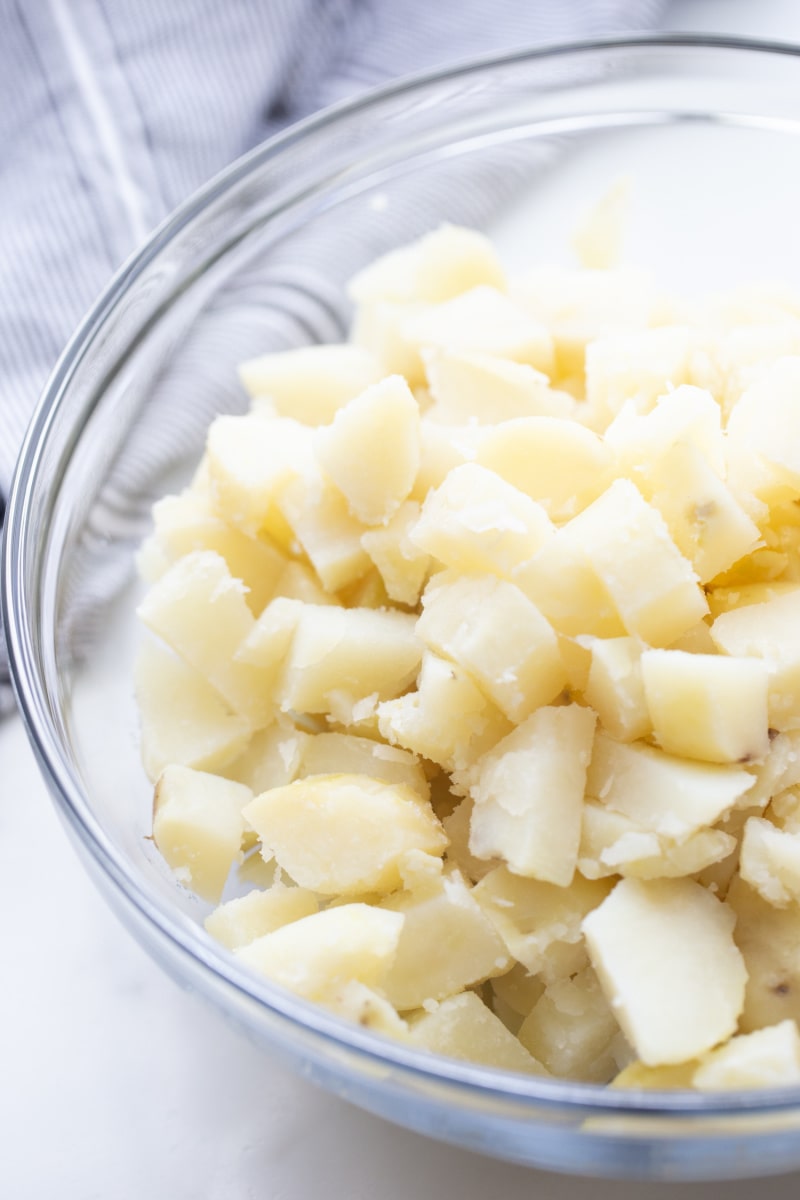 How to make Smashed Potato Salad:

Place unpeeled potatoes in a pot with salted water. Bring to a boil. Cook until the potatoes are tender. Let cool completely, and then peel and chop the potatoes. Place them in a large bowl.

What are the best kinds of potatoes to use for potato salad? 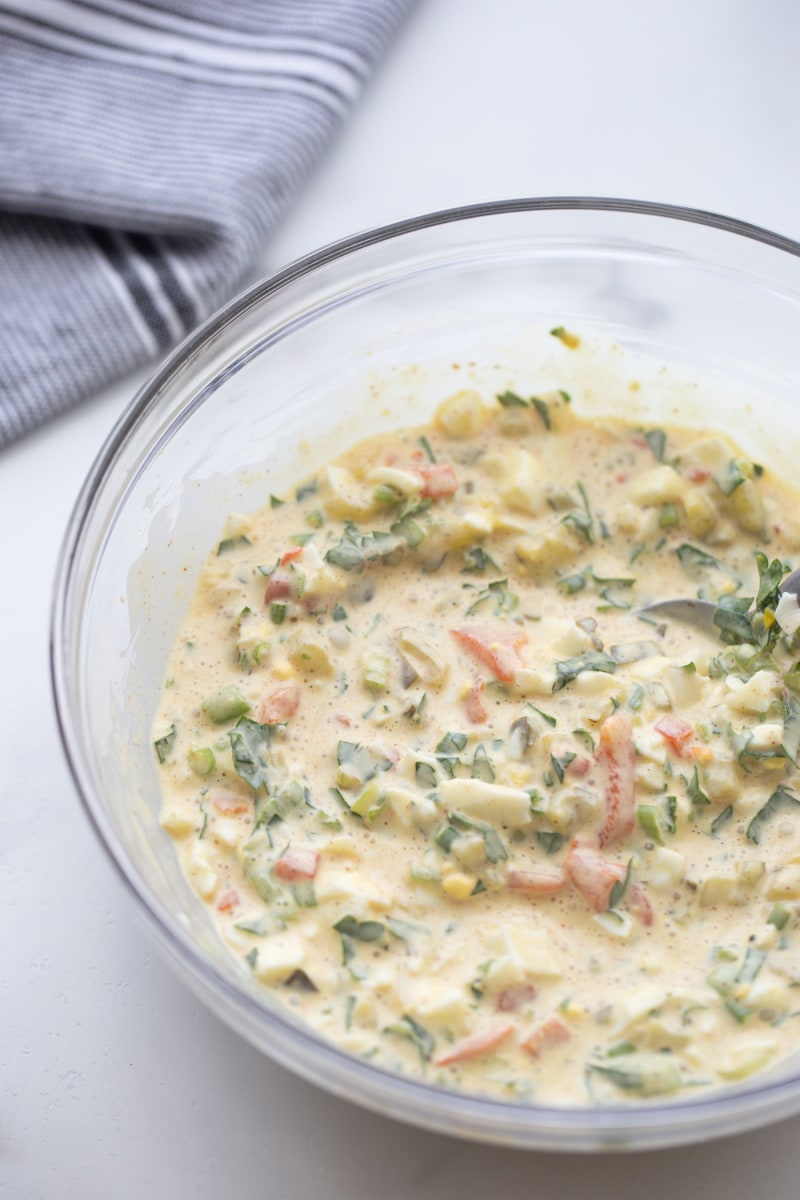 The next step is making the dressing for the smashed potato salad. Chop 3 hard-boiled eggs and place them in a bowl. Add mayonnaise, spicy brown mustard, sugar, cider vinegar, ground black pepper, paprika, sweet pickle relish, green onions, chopped fresh parsley, salt and roasted red bell peppers. Stir to combine. At this point, you can cover the bowl and chill the dressing separately if you want to assemble the potato salad later.

How to make hard-boiled eggs:

I have a very easy method for making hard-boiled eggs that I learned from watching Martha Stewart a long time ago.  Place your eggs in a single layer in a large pot.  Cover the eggs with water and bring to a boil.  Cover, and then turn off the heat.  Let the eggs sit for 15 minutes.  Then rinse with cold water, and peel the eggs.

Also, now that I have an Instant Pot, I use that quite often for making deviled eggs.  It’s super easy to make them in the Instant Pot, and the shells slip off incredibly easy using this method too.  RecipeBoy.com has a good tutorial (with a video) that shows you how to make hard-boiled eggs in the Instant Pot. 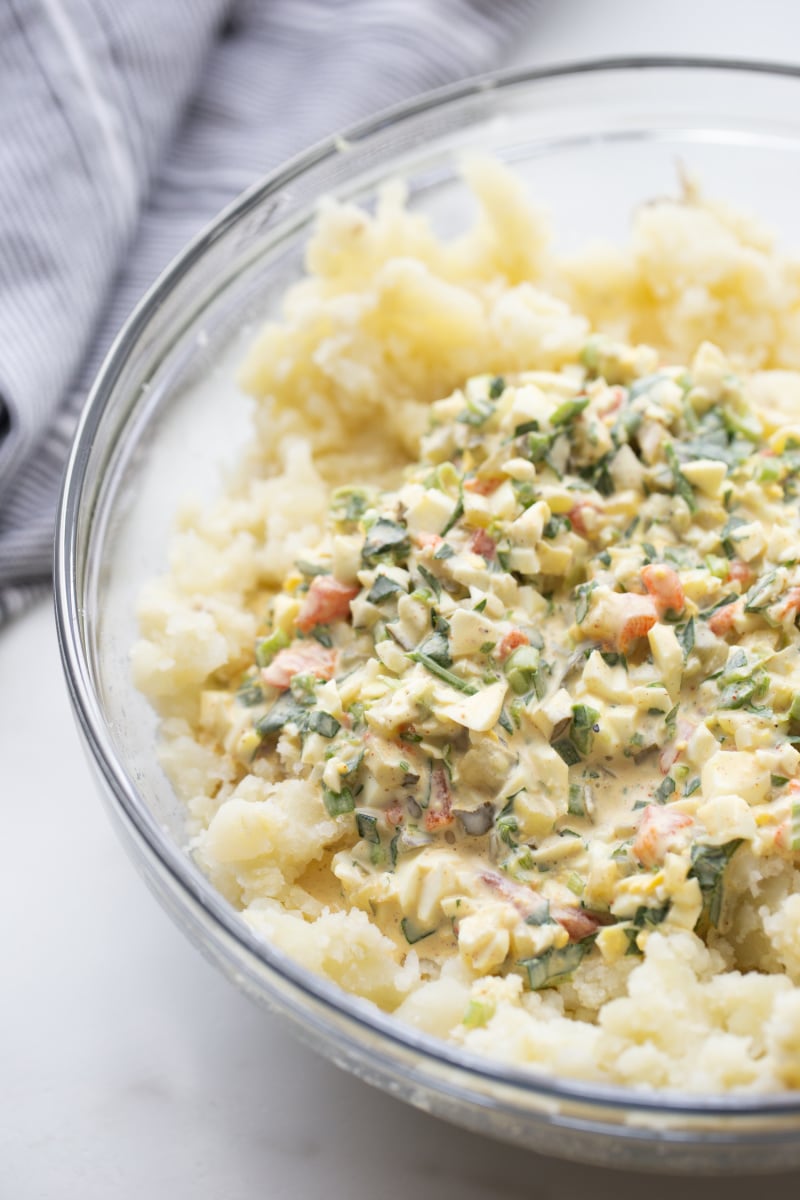 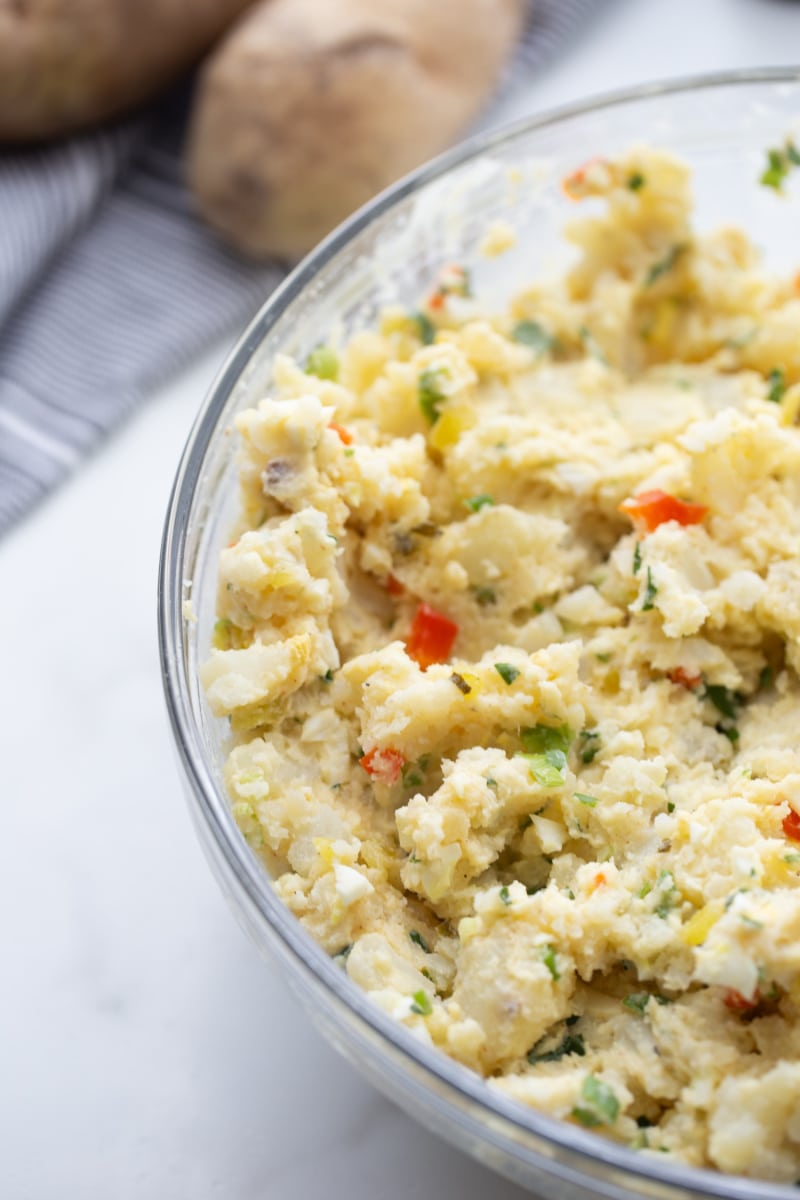 Smashed potato salad is excellent served with ribs, grilled chicken, hoagie sandwiches and more. Try this new potato salad to serve at your next gathering. Enjoy! 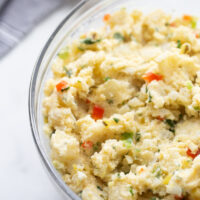