I find that it’s tough to think of snack ideas for my kid. I always have things like string cheese, yogurt tubes, raisins, and apples on hand… but I’m guilty of buying packaged processed pantry items for convenience too (little packs of cookies, pretzels, granola bars, etc.). I really hate that packaged stuff. I wish I were on-the-ball enough to create homemade snacks- all the time. Usually, I have cookies packaged into little zips tucked away in the freezer for quickie desserts. But the homemade snackie stuff is more difficult to come up with.

Inspired by a children’s ‘playdate’ scheduled in our house the other day, I thought it would be fun to make some homemade granola bars. My son isn’t so into nuts, and I wanted to pick something that would appeal to his visiting friend, so I went with a recipe that was a tad bit more on the kid-friendly spectrum: S’Mores Granola Bars.

The kids were very excited to be my official taste-testers for this recipe. The friend politely announced, however, that he was an extremely picky eater and that he probably would not like these. “Let’s just see about that.” I told him. 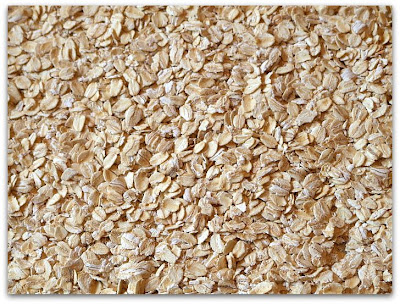 Regular oats are toasted in the oven just as you would toast nuts… on a cookie sheet at a high heat, just until fragrant. The toasted oats are then transferred to a big bowl and mixed with Rice Krispies. 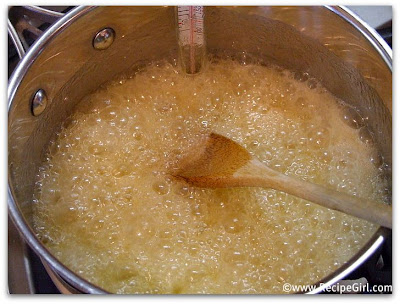 In a saucepan, butter, sugar, water, corn syrup and salt are boiled together for 5 minutes. In the middle of making this, I realized that I had less than 1/4 cup of the 1/2 cup of corn syrup needed for the recipe. Panic ensued! Scouring the pantry for a proper substitute. I spied a bottle of Agave Syrup. I had no idea if it would work, but I did it anyways… used what corn syrup I had and filled the rest of the 1/2 cup with the Agave Syrup (and crossed my fingers). 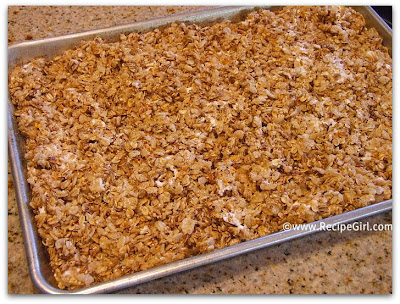 The boiled syrupy mixture is mixed with the oats/krispies and some marshmallows, and then pressed into a half-sheet pan (not to worry if you don’t have one of these… you can also use 13×9 pans). 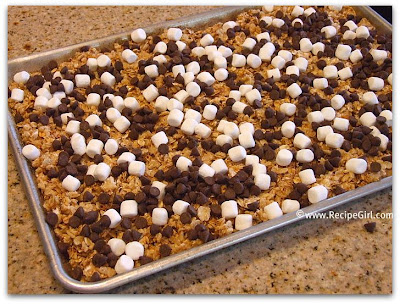 More marshmallows and desired chocolate chips are sprinkled on top. 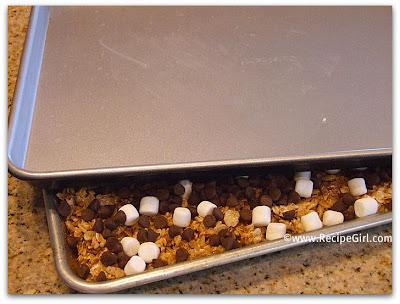 I used another sheet pan (bottom greased) to press on top… it made the mixture flat and even, and all goodies were compacted together nicely. 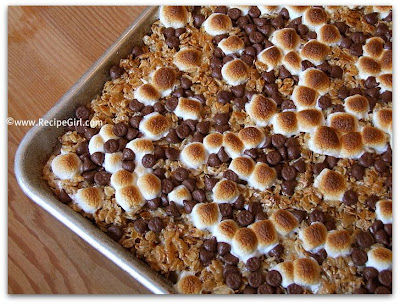 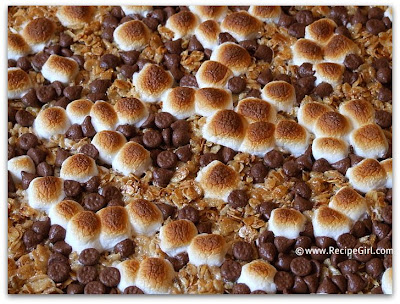 The pan is popped into the oven for a short three minutes- just enough to toast those marshmallows so they become ‘S’More-like.” 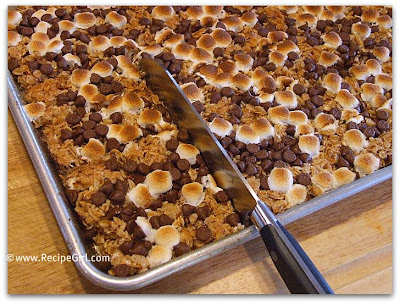 Cutting is easiest while they’re still warm. I got about 25 good-sized granola bars out of the batch, but you could likely get about 35 if you cut them into smaller squares. Each granola bar was packaged individually… I wrapped them with plastic wrap and then stuck them into a sealed container. 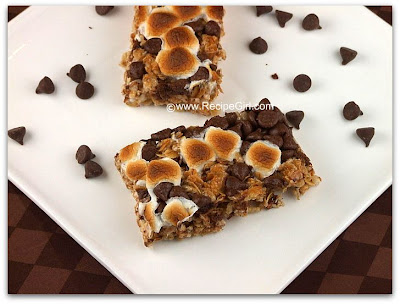 We’ve been eating these for a couple of days now and they’re still very good. I’d probably package them in zips next time though as they did harden up a little… but that’s ok since most granola bars are more firm than soft. They were quite delicious fresh out of the oven though! 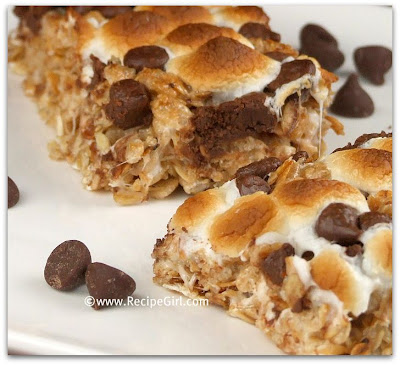 What did my official taste testers think of these bars? Well, my son raved and raved about them. And Mr. Picky Eater Friend? He was pleasantly surprised that he liked them (he ate his whole bar), and he was very happy that I sent home a bunch for his family to enjoy too.

My verdict is that these were excellent snacks- they were incredibly simple to make, and they reminded me of rice krispie treats. They’re definitely adult-friendly as well- my husband has been munching on them too. I’m sure there are more healthful granola bar recipes out there, and I’ll be looking to try those also, but this one’s a keeper for sure. (Oh, and that agave syrup substitute seemed to work out just fine.)

This recipe can be found here:  S’Mores Granola Bars