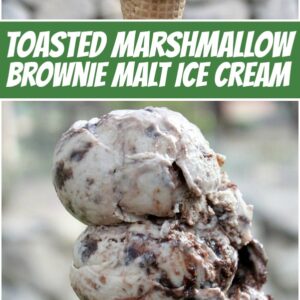 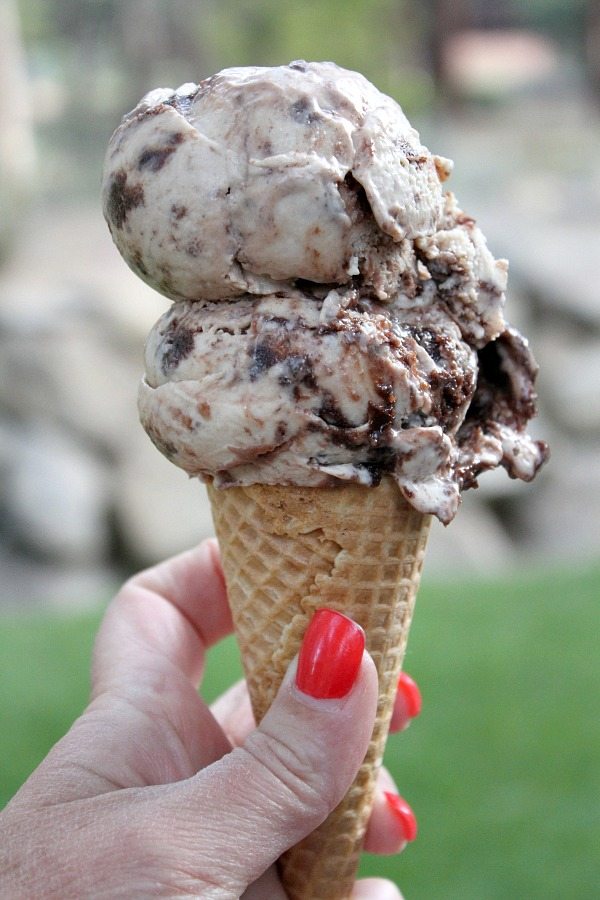 I’ve mentioned this story in my cookbook- oh yeah, I have a cookbook!  The Recipe Girl Cookbook, which you can still purchase on Amazon if you haven’t gotten around to buying it yet!   But I’ll mention it again for you all (and then you can go buy my cookbook!)  My very first job was in a cute little place called, The Penguin in Carson City, Nevada.  It was one of those burger and frosty kind of places that you see when you’re driving through a small town.  I made $2.85/hour and I started working there when I was only 15.  It was the best job ever because I got to eat endless amounts of ice cream, burgers and fries galore, and I had frequent visitors from friends.  I wonder why??   My very favorite thing to make at The Penguin was a marshmallow malt.  Soft serve ice cream + marshmallow syrup + malt powder + milk = THE BEST!!!  This ice cream is a tribute to my favorite malt from The Penguin. 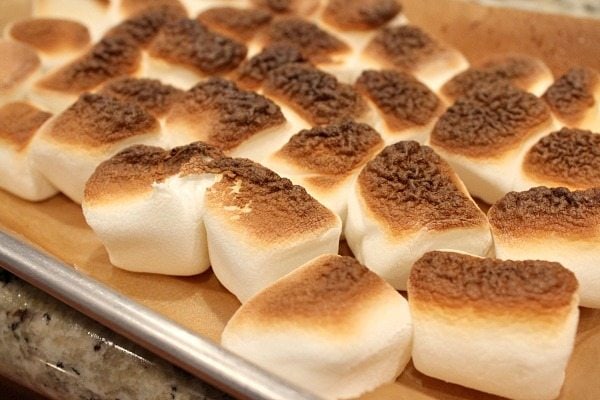 Instead of marshmallow syrup, I use real marshmallows.  And I toast them, of course!  YUM. 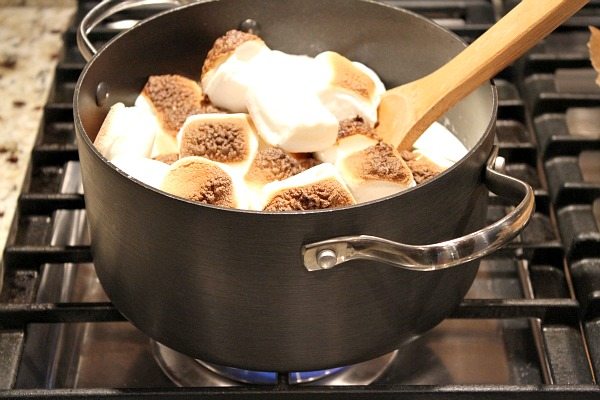 After they are toasted, I melt them into the ice cream base with malt powder mixed in too.  Like any good ice cream base, you need to chill it for quite some time until it is really, really cold.  I chill mine overnight.  And then I try very hard not to drink it with a straw before I pour it into my ice cream maker.  That’s how good it is!! 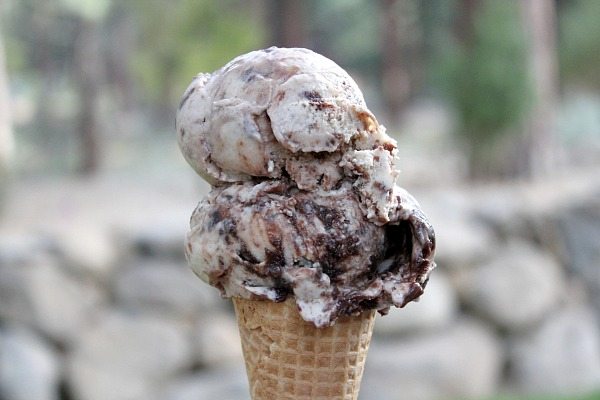 When you’re toward the end of churning it in your ice cream maker, you toss in crumbled bits of baked brownies.  I just make an easy boxed mix and crumble those.  And there you go- the best ice cream flavor ever!

Sadly, The Penguin closed many years back.  The owners were ready to retire, and the gas station next door bought the land to expand the parking lot.  I drove by the other day though, and you know what??  It’s an empty lot.  The gas station tore down the building but never utilized the land.  The Penguin could have remained open and made people happy for many more years.  Bummer. 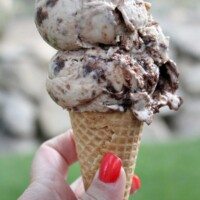 The best ice cream flavor ever!

MAKE THE ICE CREAM BASE: