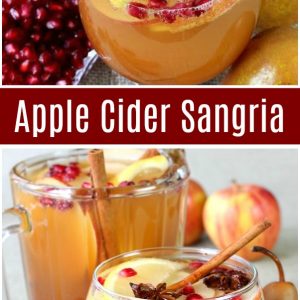 Apple Cider Sangria is the perfect way to enjoy sangria on a crisp Fall night!  Watch the video showing you how to make Apple Cider Sangria, then scroll to the bottom of this post and print out the full recipe so you can make it and enjoy it at home! 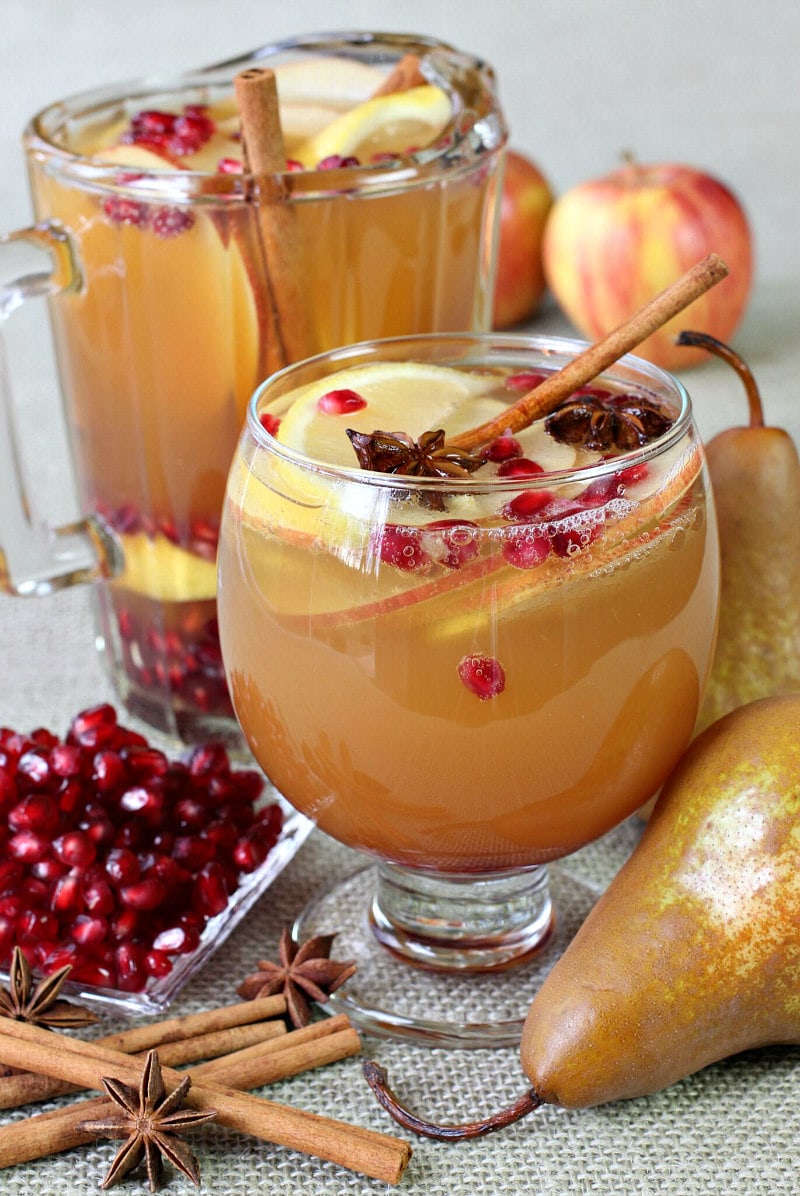 Sangria is one of my favorite cocktails to make (and to drink) because there are so many different ways to make it, using different fruits, juices, wines and liquors, the possibilities are endless. It’s also one of my favorite cocktails to serve at a party, setting up a do-it-yourself sangria bar is a fun way to get your friends involved, and also give you a break from the bar!

But when people think about sangria it’s usually in the warmer weather, and almost always with wine. So this time we’re switching things up and making an Apple Cider Sangria that’s going to completely change the way you think about making your next pitcher! 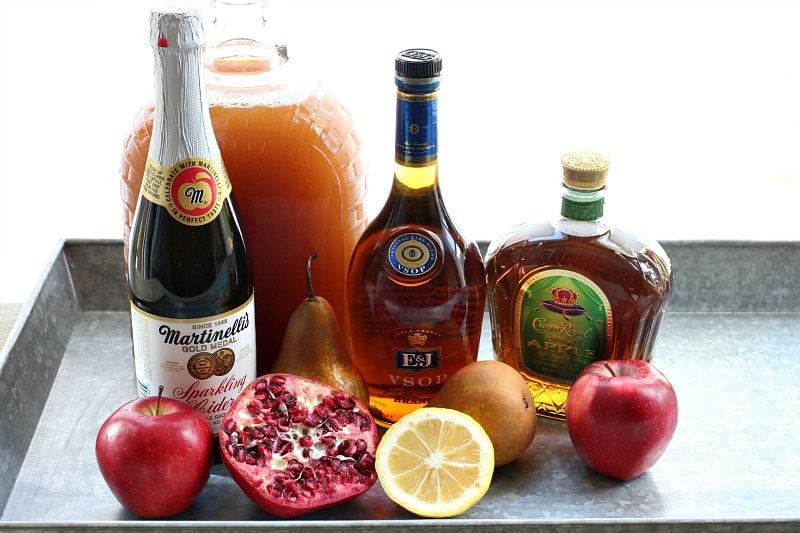 How to Make Apple Cider Sangria:

Next I grabbed sparkling apple cider to keep up with the cider theme, but you could also get a bottle of Prosecco or sparkling wine if you want to kick up the boozy level in this sangria – not that it needs it – but it would definitely be tasty. 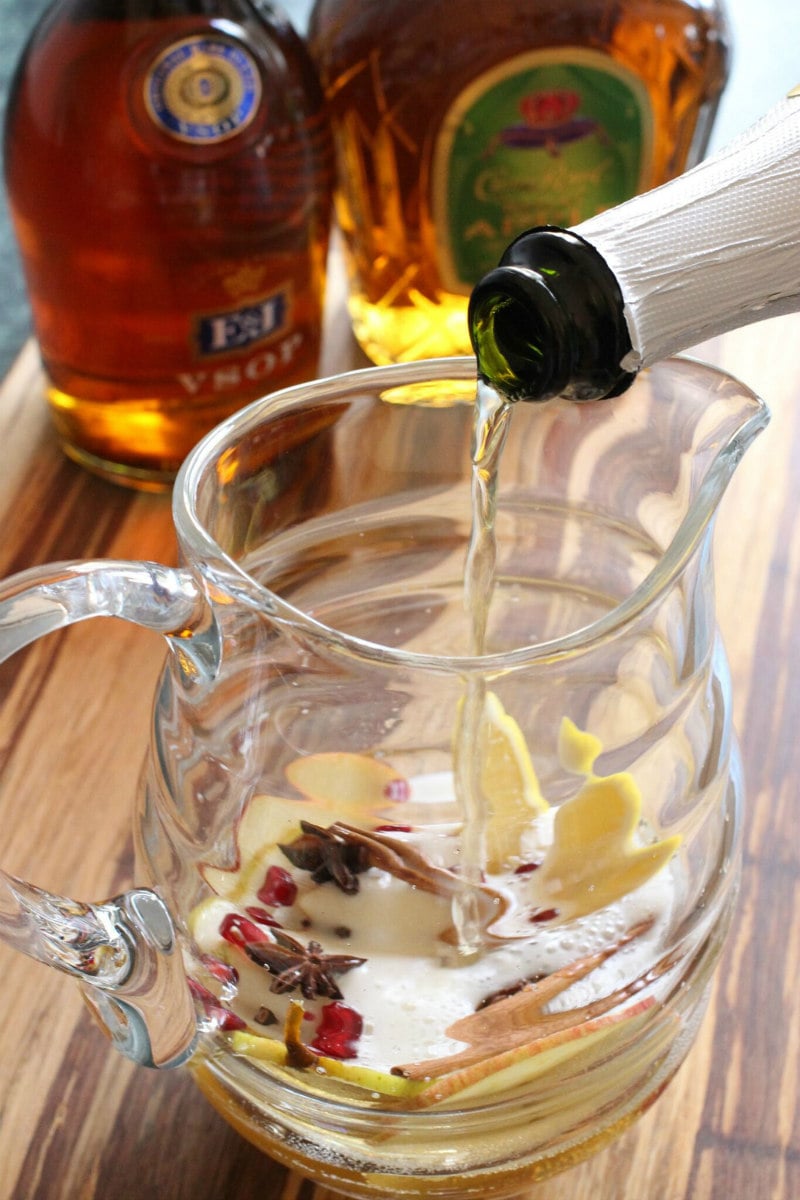 This sangria only takes minutes to put together too…get a pitcher and throw in your ingredients (the order of adding in the ingredients really does not matter at all).  So throw in your sliced fruit, a few cinnamon sticks, a few star anise and pomegranate seeds. Pomegranates can be a messy thing to work with, so be really smart and buy the seeds in a jar in your produce section! 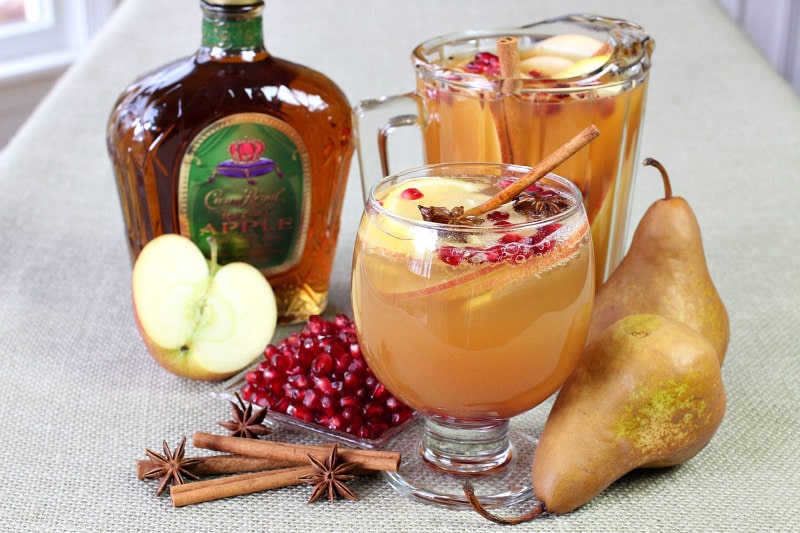 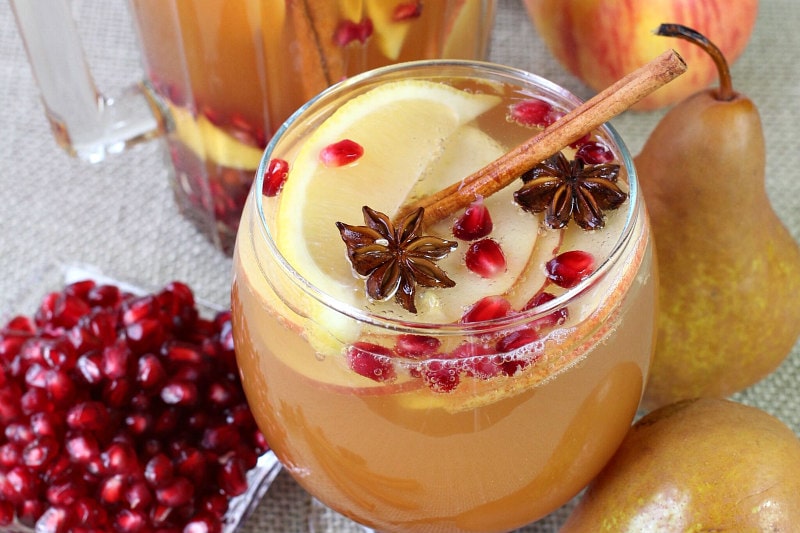 That’s it – that’s all there is to it. You’re not going to believe how amazing this Apple Cider Sangria tastes! Make sure you make a large enough pitcher because this stuff will be gone in a flash!  In fact, doubling the recipe is an even better idea because everyone will ask for more.

If you’d prefer to chill the sangria for a few hours and let all of that fruit soak up the delicious flavors in the sangria… then plan to add the sparkling cider or wine just before serving.  Either way, it will be just as delicious!

If you’re looking for more fall recipes, you may also like to try my Whole Wheat Chocolate Chip Pumpkin Bread or these Apple Pie Bars. Pumpkin Pound Cake, Cranberry Meatballs and this Pumpkin Beer Cocktail are also delicious recipe choices for fall. 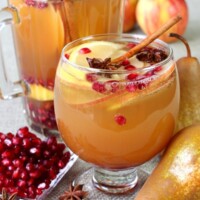 Print Pin Save Saved!
5 from 10 votes

The perfect cocktail recipe for all of your fall parties and holidays!  You'll want to double the recipe!