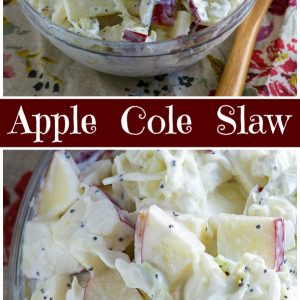 This Apple Cole Slaw is made with plenty of red apples. 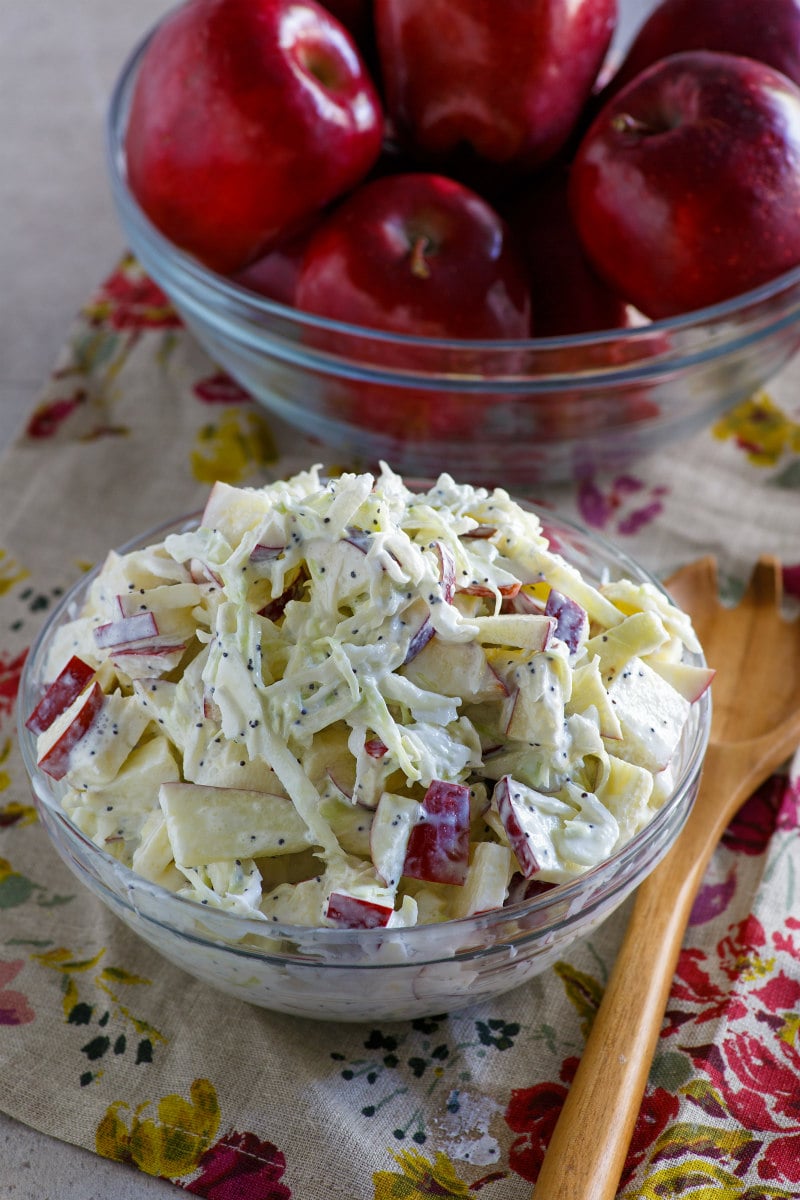 The best way to describe this delicious, alternative cole slaw recipe is that it’s a crunchy and sweet salad with a slightly sweet and creamy dressing.  Plenty of chopped apples are combined with shredded cabbage.  In  fact, there are more apples than cabbage in this salad!

Dressing ingredients include sour cream, lemon juice, sugar, salt, pepper and poppy seeds.  It’s such a simple salad to make, and it’s perfect for a weekend barbecue.  I love the pop of color that the red apples give the salad too! 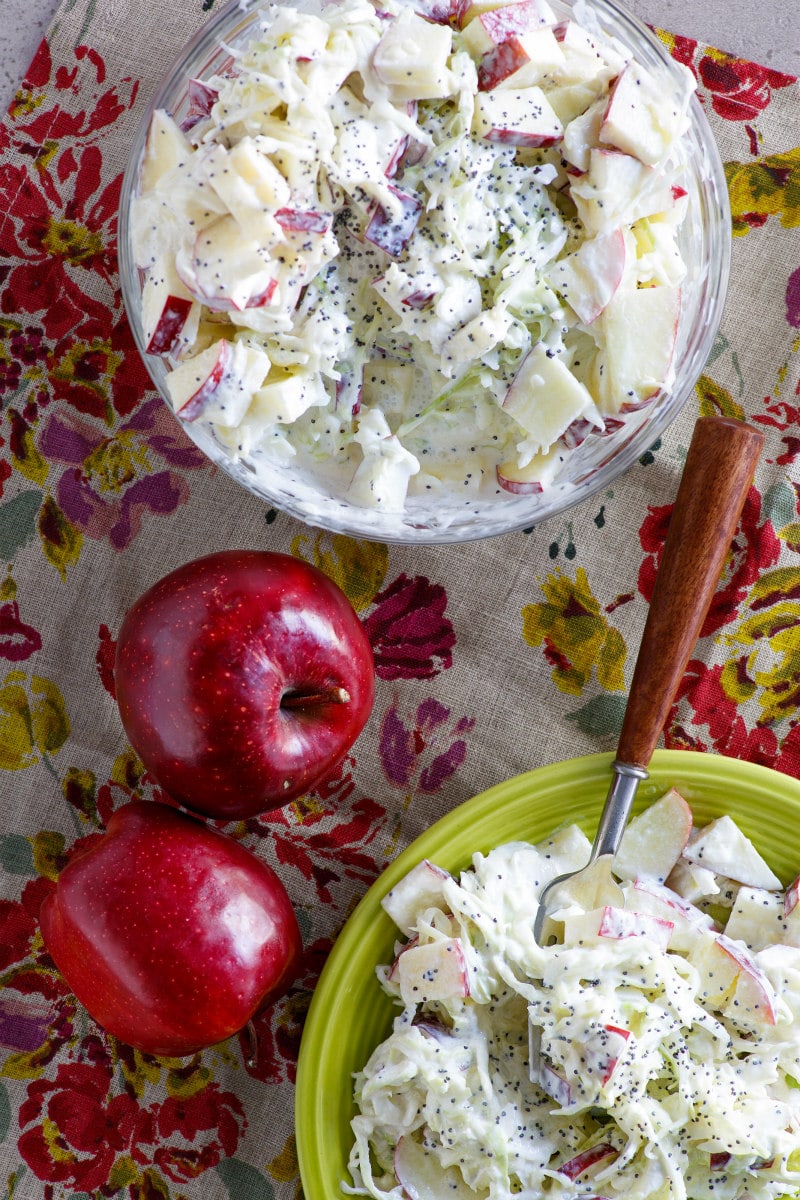 What kind of apples would work well in this Apple Cole Slaw recipe?

The recipe calls for Red Delicious Apples.  Those are the kind of apples that would work best in this recipe.  If you don’t have Red Delicious Apples on hand, there are some equally good substitutions.  Honeycrisp, Gala and Fuji apples would be good used in this salad too. 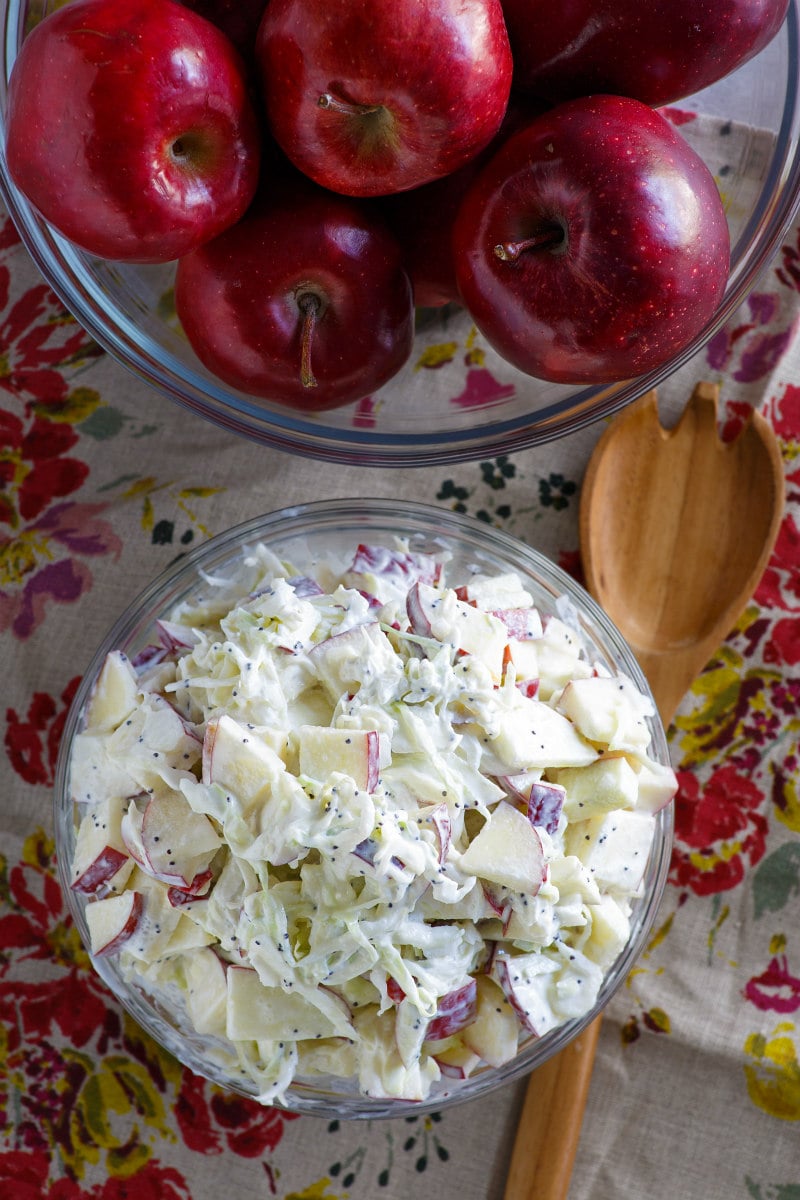 I’ve been making this salad (cole slaw) for many years.  It’s one that I’ve brought to potlucks and parties, and it’s one that I’ve served at barbecues too.  Everyone seems to love having cole slaw as a choice on a buffet table.  This variety is always a big hit.  The crunch and sweetness of the apples is so good! 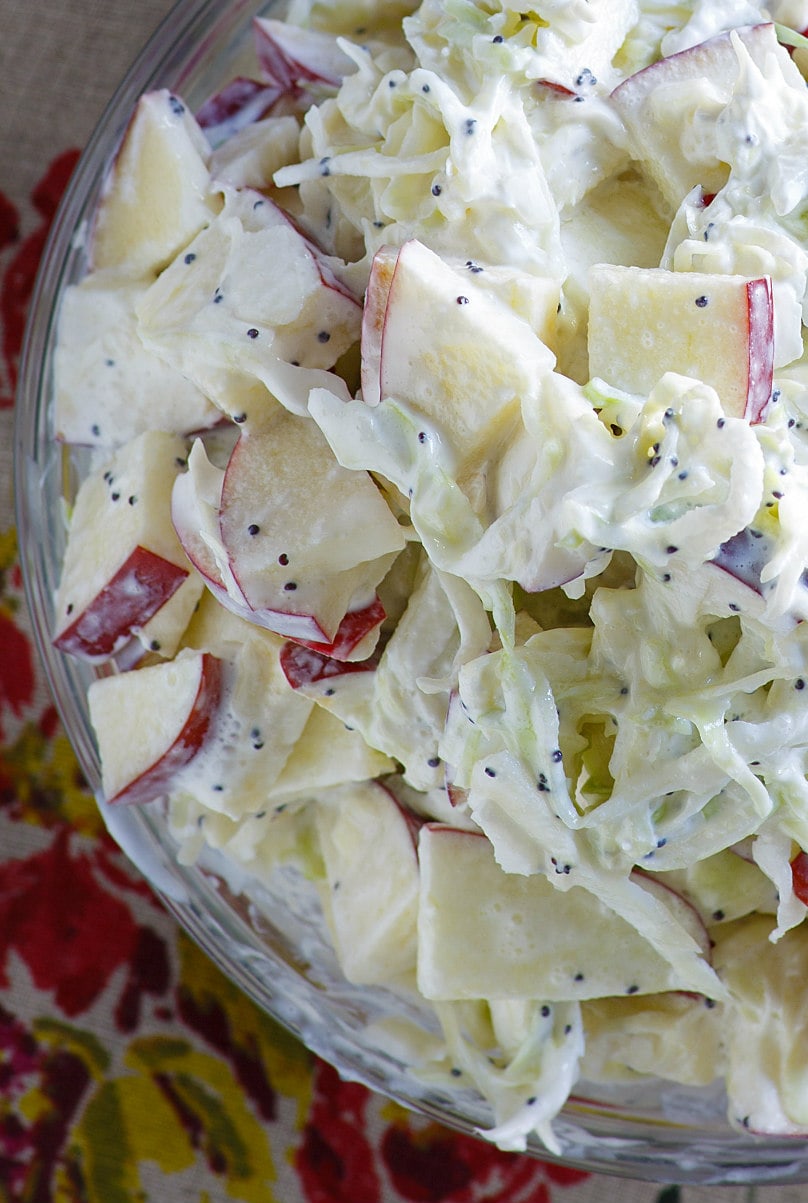 This cole slaw is terrific on its own, but if you’re interested in changing things up… try adding some drained pineapple tidbits and chopped walnuts. 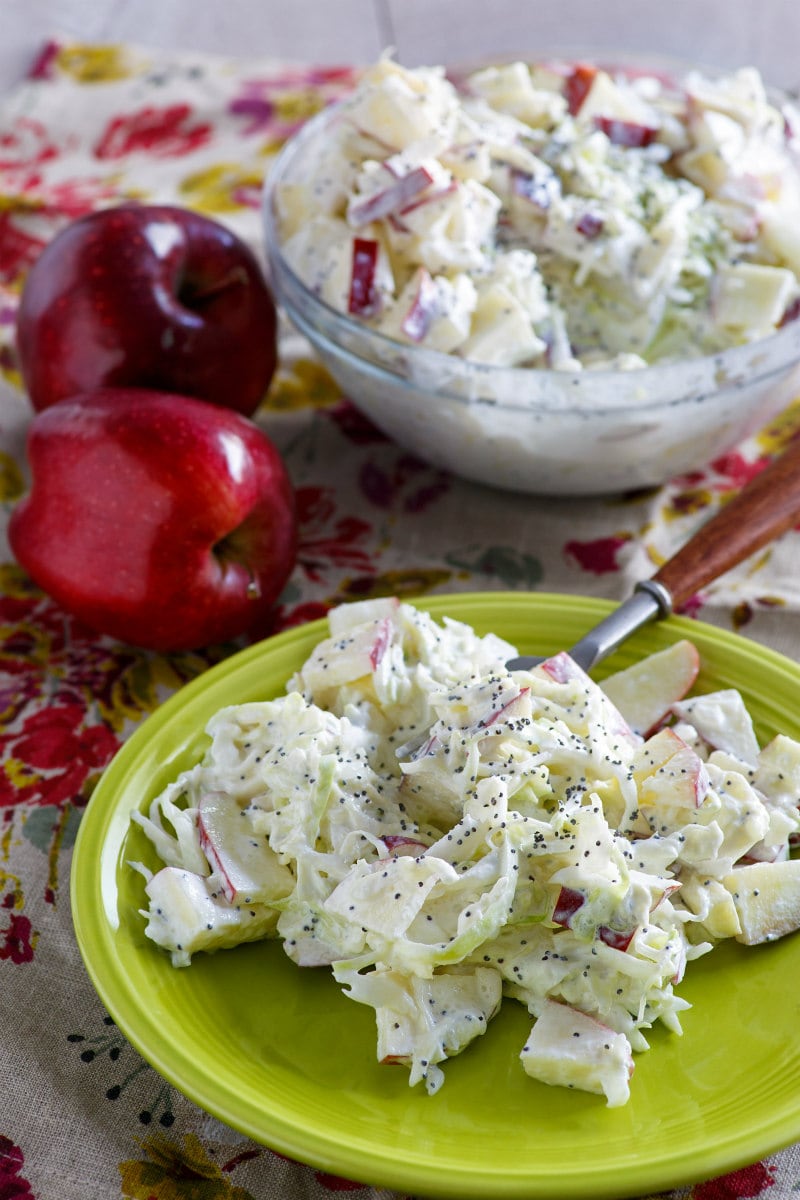 Is this cole slaw a make-ahead recipe?

Yes!  I believe this cole slaw will taste best if made in the morning and enjoyed later in the day.  Leftovers can be enjoyed the next day.  I wouldn’t suggest making it a day ahead.  It’s hard to say how well the apples will keep in the salad overnight.  They should be fine, but that’s not for certain. 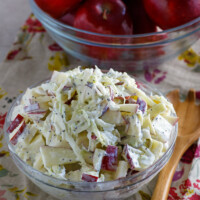 A sweet and crunchy addition to cole slaw.