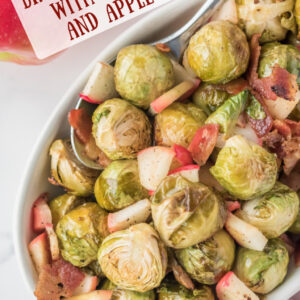 Brussels Sprouts lovers will dig this Brussels Sprouts with Bacon and Apple recipe. These are perfectly roasted brussels sprouts tossed with crispy bacon and apple in a simple dressing, 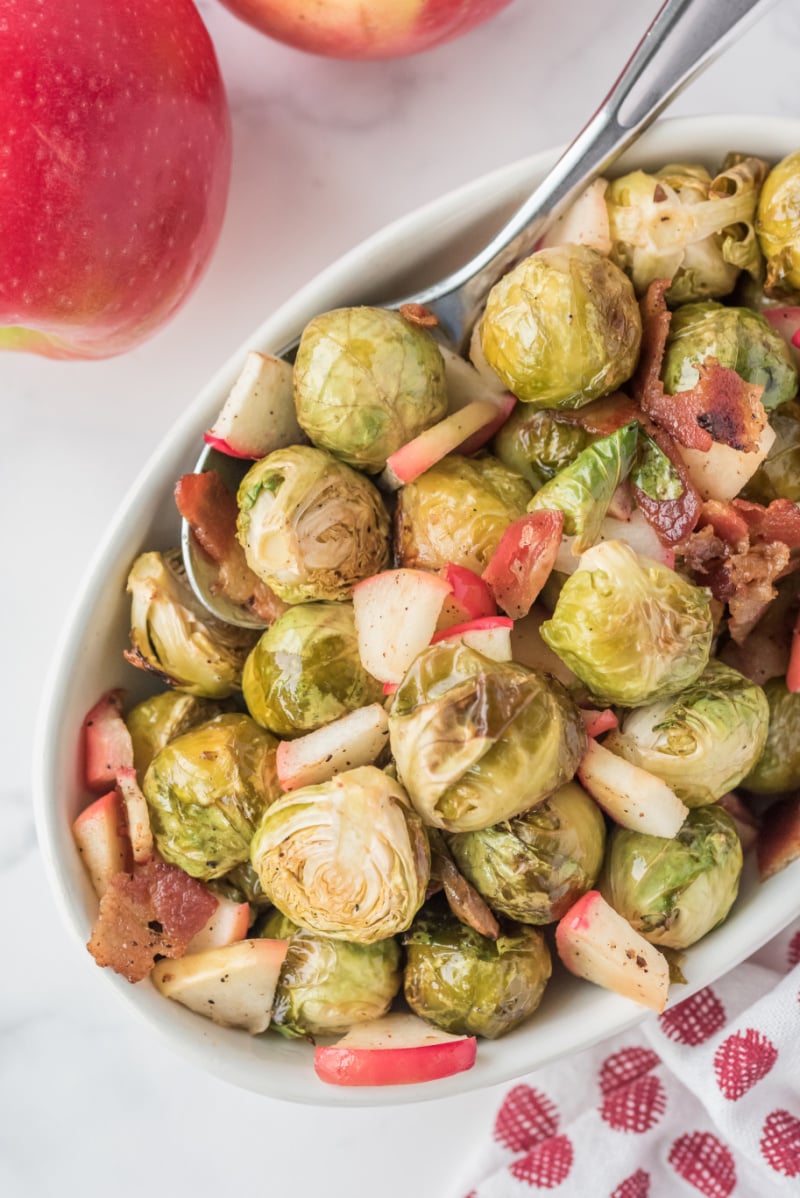 Brussels sprouts are a great side dish recipe! They’re the number one requested vegetable that my family asks me to make for dinner. There are so many different ways to prepare them, but we really love this simple recipe for brussels sprouts with bacon and apple.

How to trim brussels sprouts: 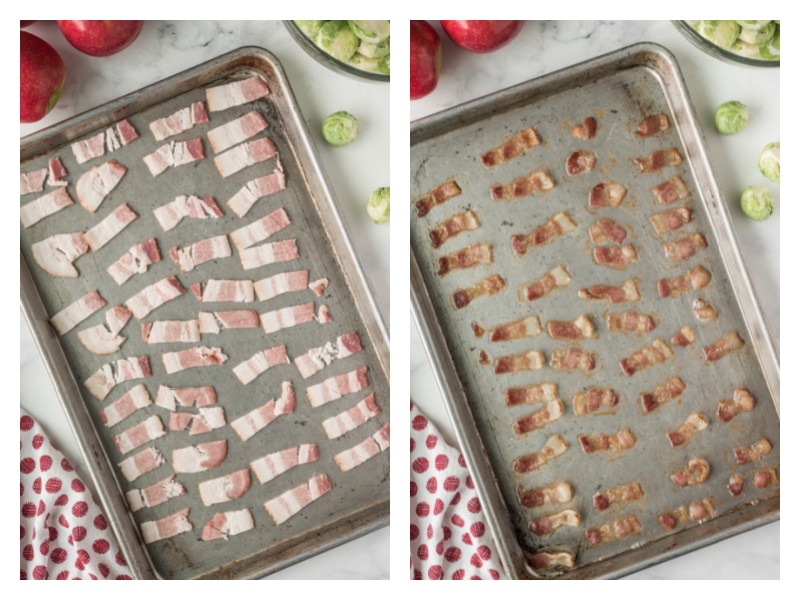 How to cook bacon in the oven:

Spread bacon on a rimmed baking sheet. It’s even easier to clean-up if you line the baking sheet with foil or parchment paper. Bake at 425 degrees until browned (10 minutes). 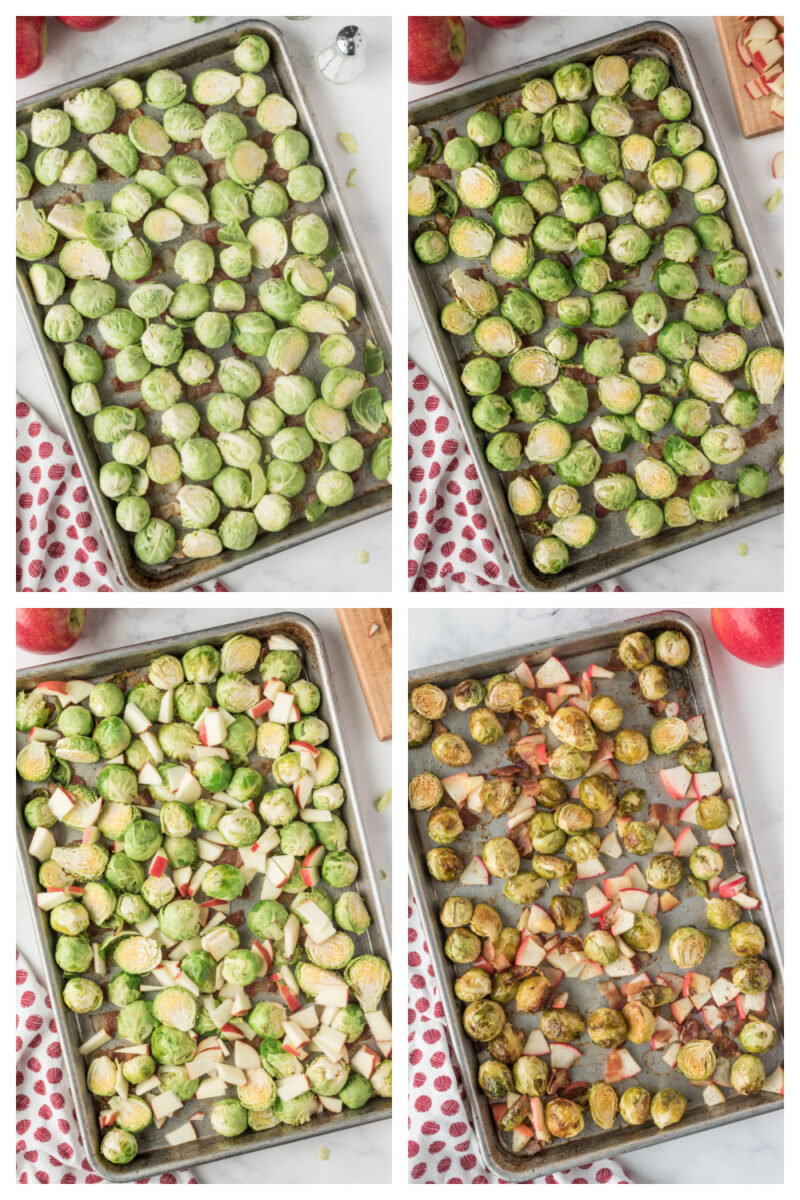 How to make Brussels Sprouts with Bacon and Apple: 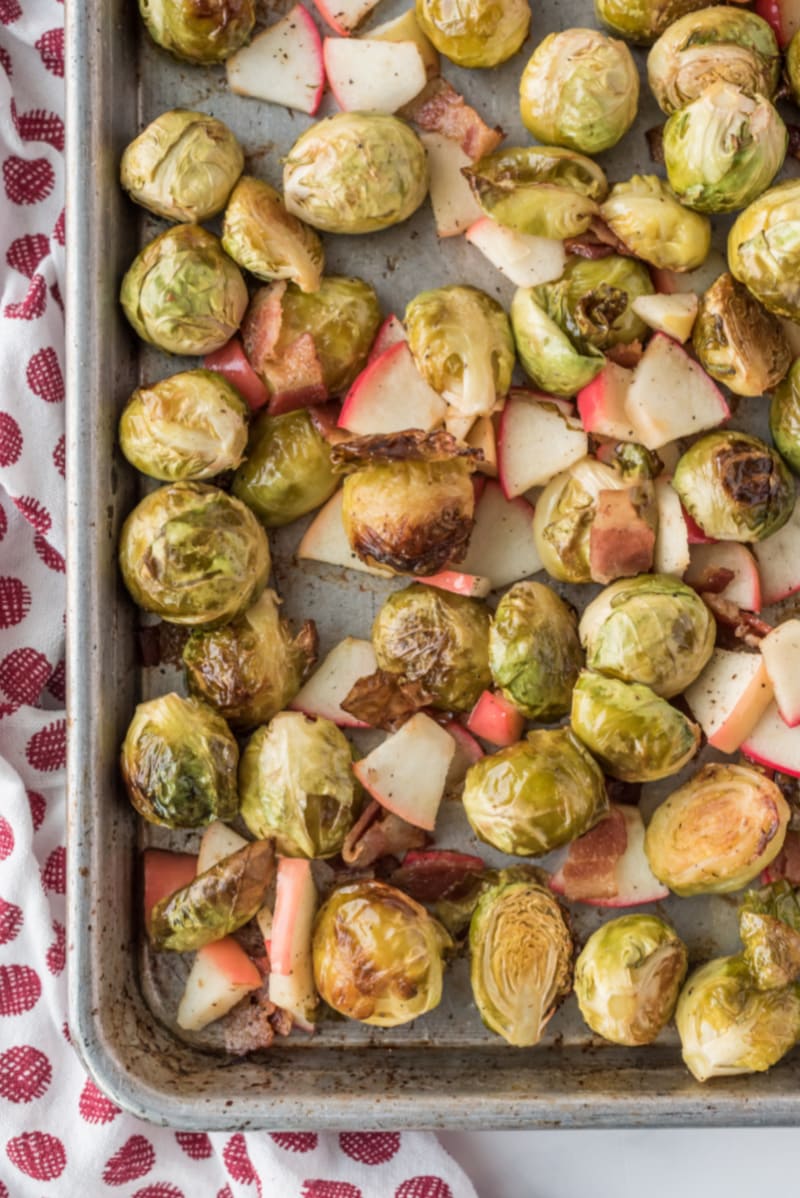 Toss the roasted brussels sprouts with bacon and apple with red wine vinegar. 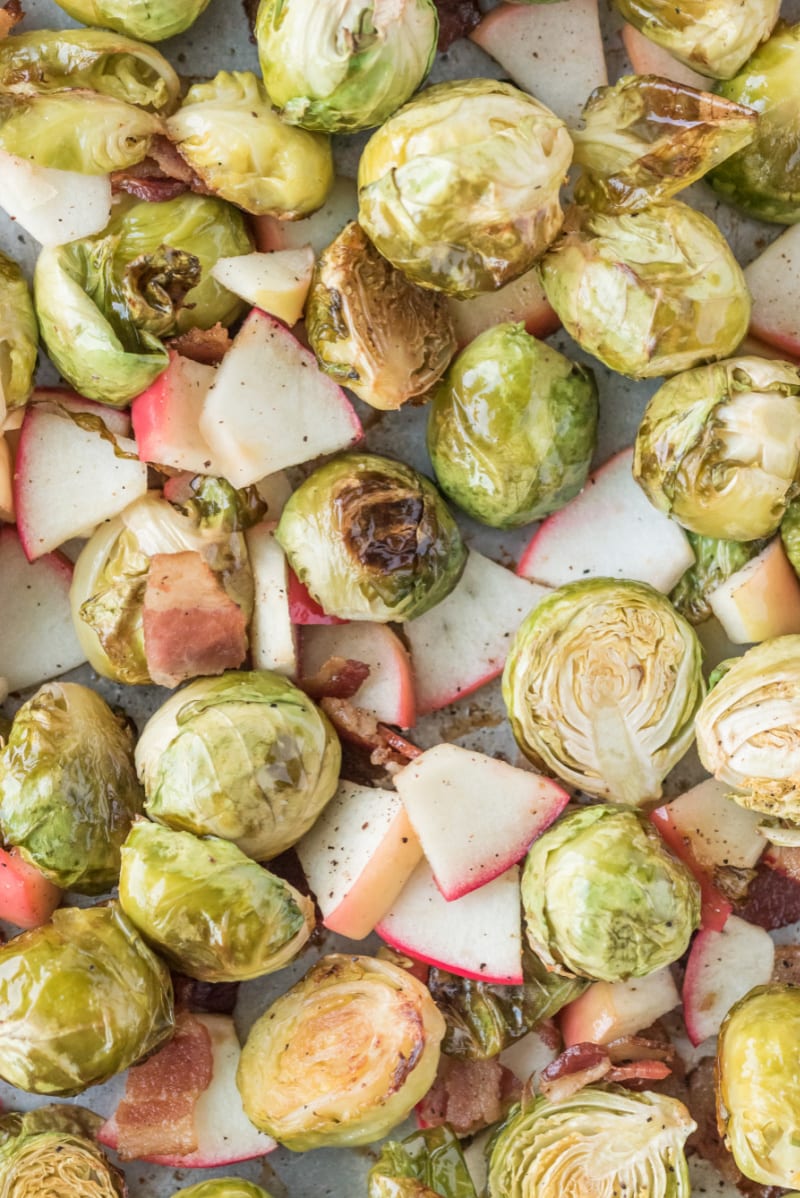 This recipe as written turns out brussels sprouts that are not super moist and tender (since they are roasted w/ no oil). They’re more of a crisp texture. You may wish to toss them in a little bit of oil or at least spray them with cooking spray before roasting if you’d like a different consistency. Enjoy! 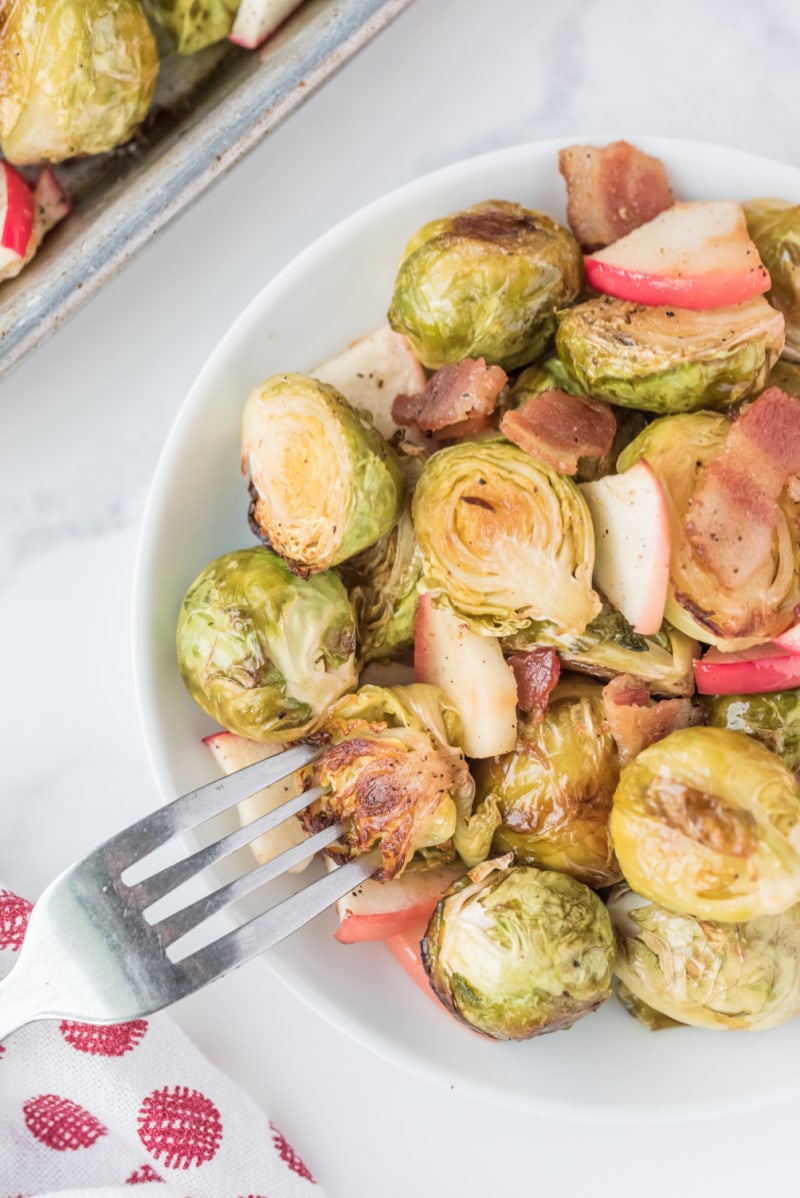 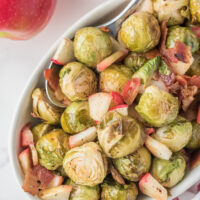 Brussels Sprouts with Bacon and Apple

A delicious side dish recipe of Brussels Sprouts with added goodies!