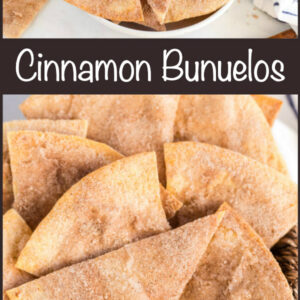 Cinnamon Buñuelos are a simple and delicious sweet treat! 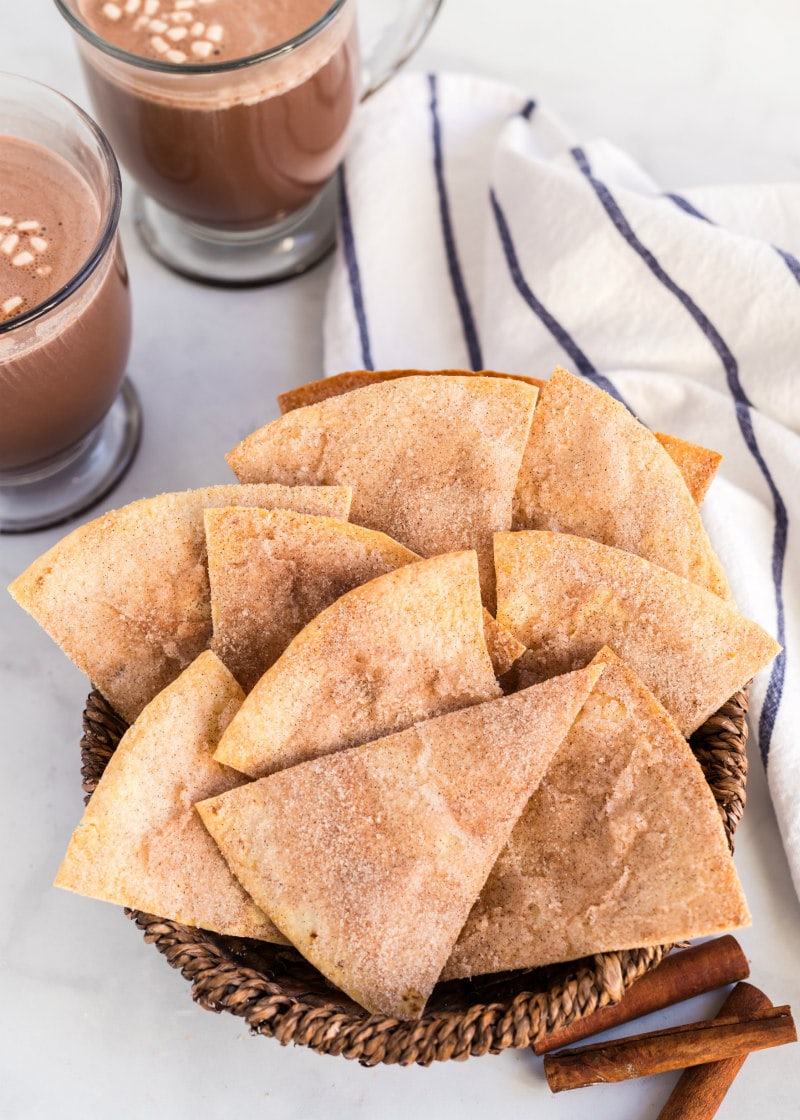 My son and I often make these Cinnamon Buñuelos to go with hot chocolate on a chilly day and chocolate milk on a hot day. Everyone seems to love them.  There’s something about using the “pizza cutter” tool that is really exciting for kids, and these are so simple to make that your kids can prepare the entire recipe all by themselves.

The back-story behind this recipe is fun. I used to work for a catering company back in college. We worked large parties and events, and every time we had a Mexican-themed party… these Cinnamon Buñuelos are what we served for dessert. I baked hundreds of these over and over and over again, and we packed them in baskets and displayed them at parties. They were always a big hit at the events, and I loved them so much that I made them at home too. 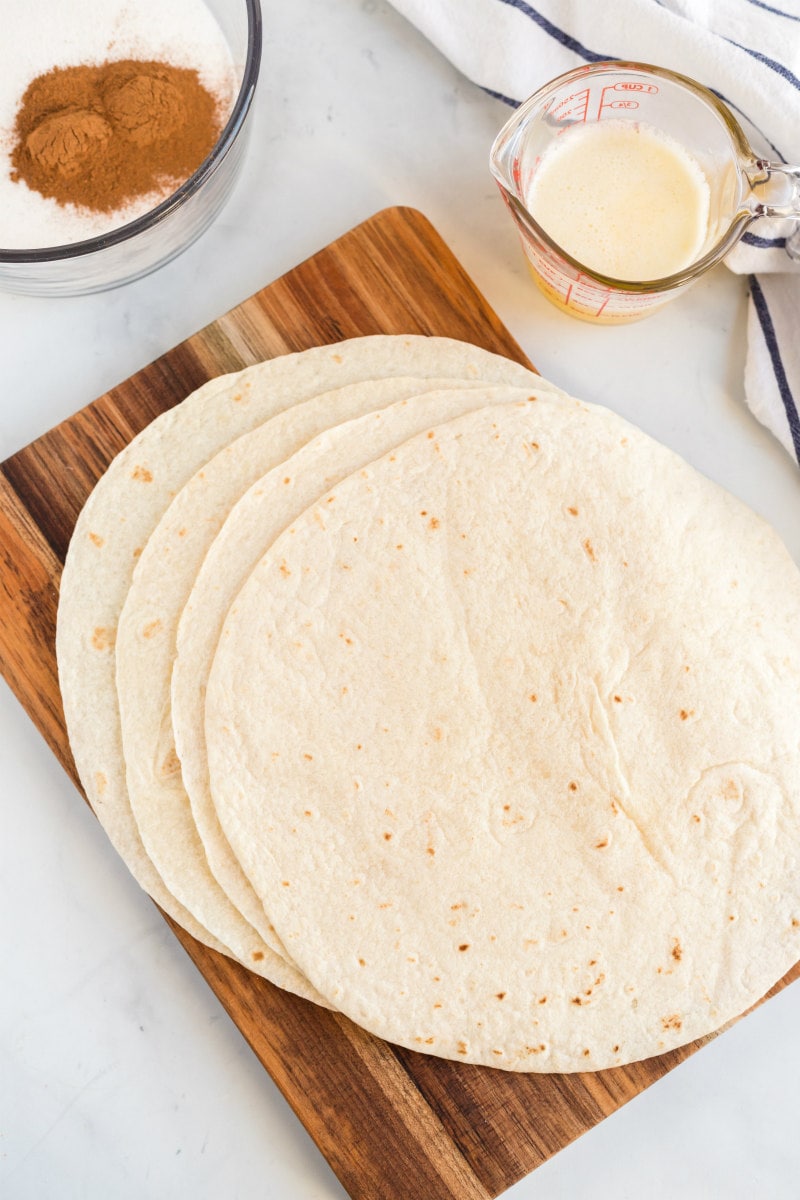 How to make Cinnamon Buñuelos:

You’ll need just four ingredients: burrito-sized flour tortillas, melted butter, white sugar and ground cinnamon. And they’re easiest to make if you have a pastry brush and a pizza cutter. 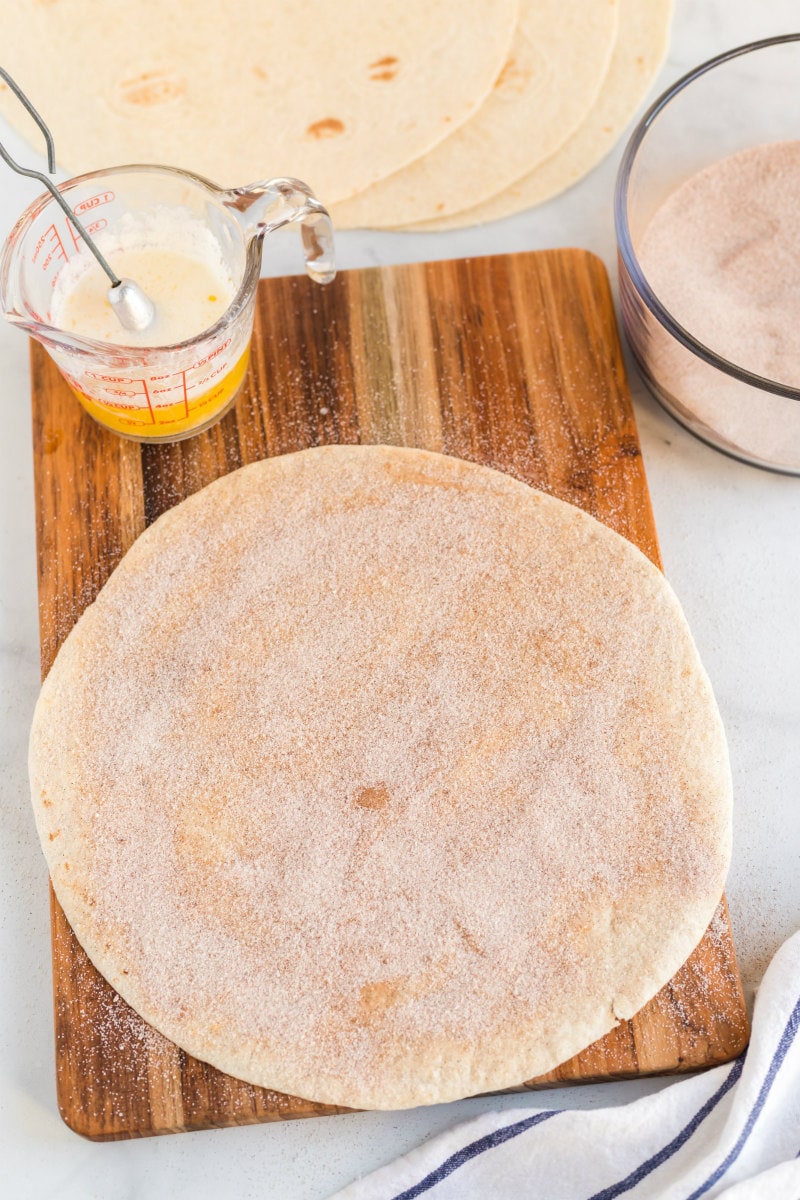 Brush melted butter on the tortillas and sprinkle sugar and cinnamon on top. 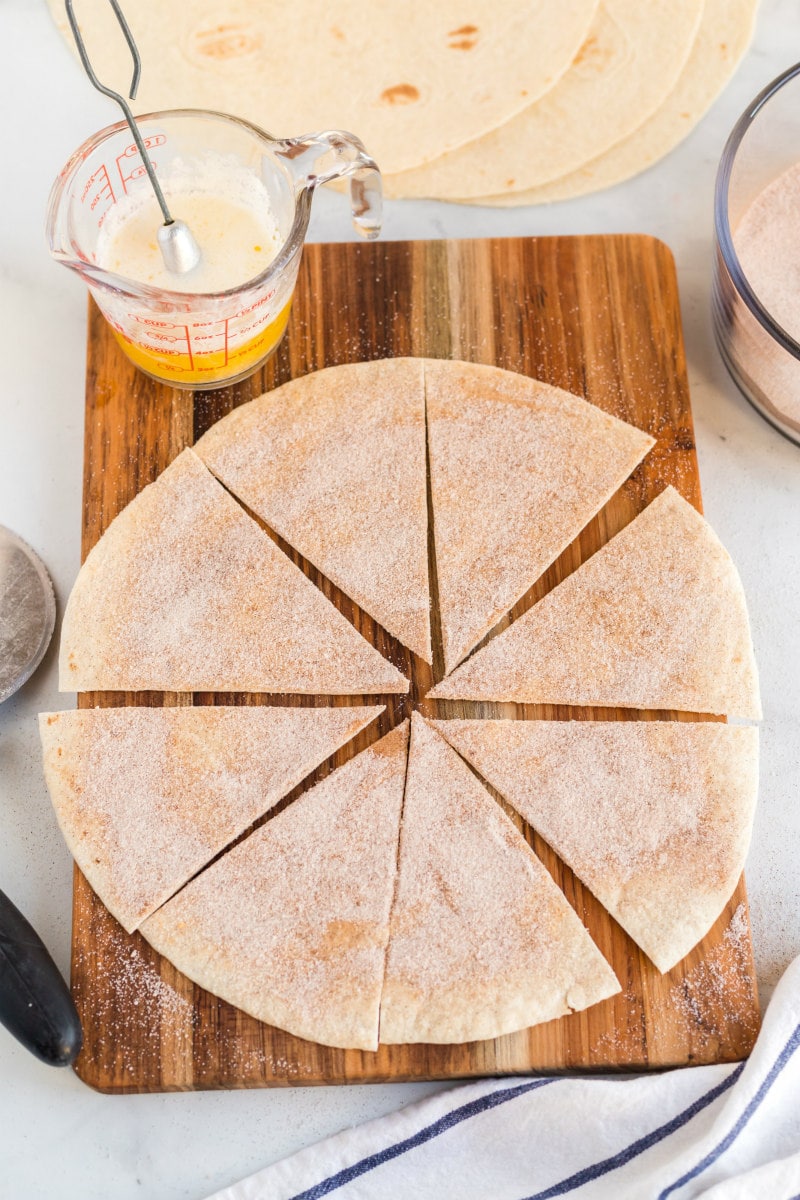 Using a pizza cutter, cut the tortillas into wedges. 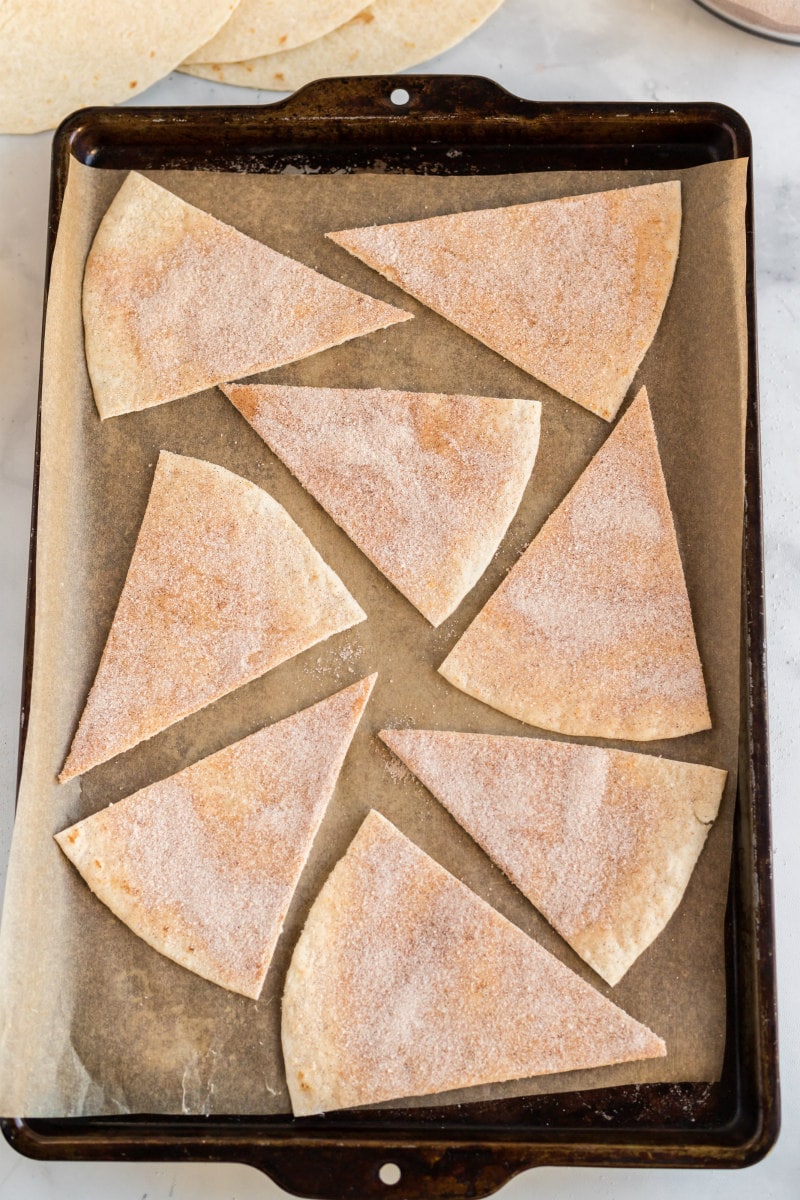 Bake them in the oven until they are crispy! 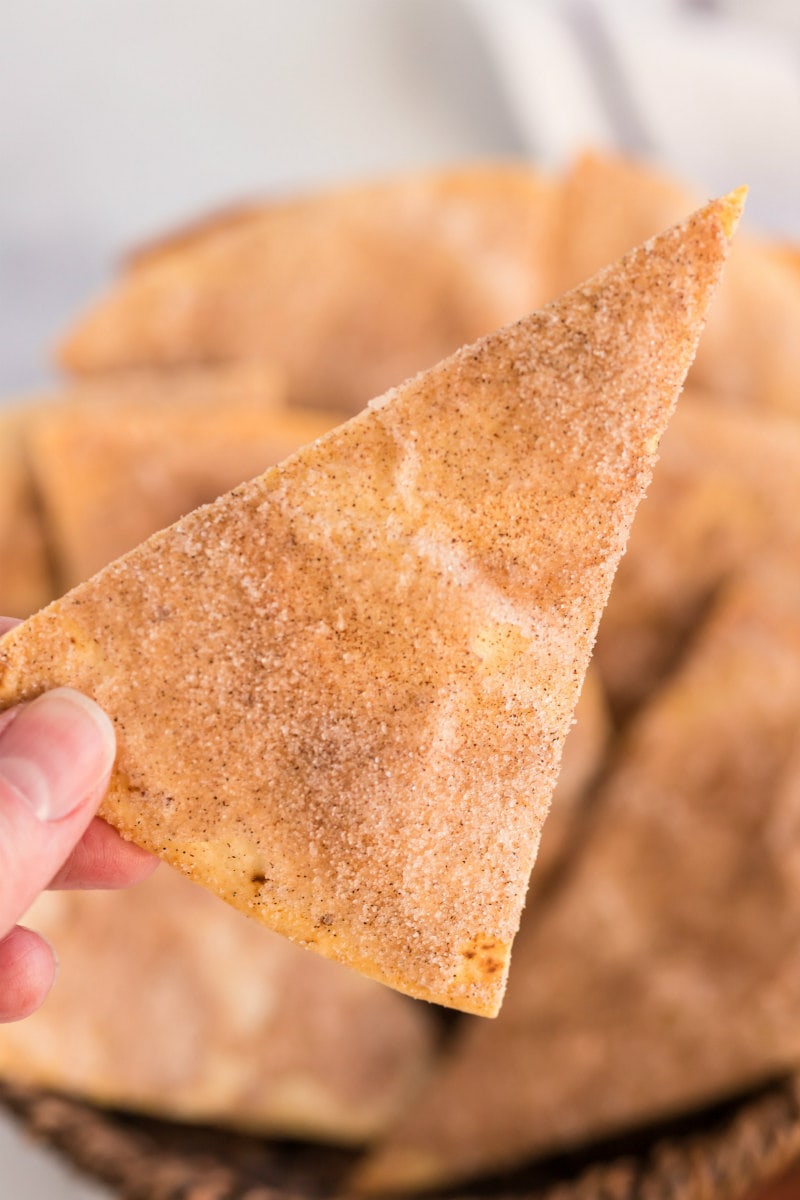 And you’ll end up with cinnamon chips, which we’re calling Cinnamon Buñuelos. Technically, a “Buñuelo” is a fried dough fritter that is covered in cinnamon and sugar. So we’re taking some liberties here by applying that name to these cinnamon tortilla chips. 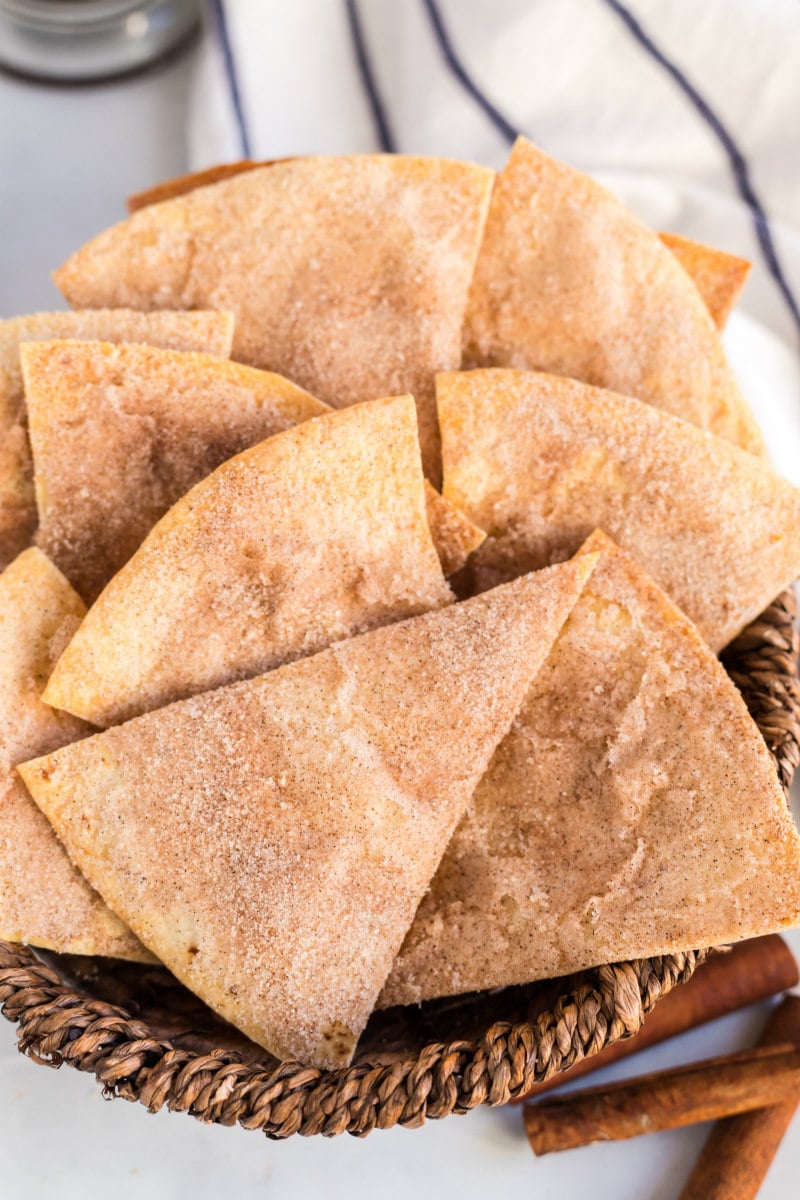 They are delicious, and they are addicting! I hope you’ll try this super simple recipe- whether it’s for an everyday treat or for a celebration like Cinco de Mayo. Enjoy! 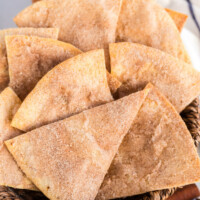