I baked a boatload of cupcakes for my son’s basketball team party the other day. To be quite honest with you, I made a couple of boxed mix cupcakes – Devil’s Food and Funfetti- because 1. KIDS DON’T CARE and 2. BOYS WILL EAT ANYTHING. When I’m looking to make something a little more special, I avoid the boxes. They tend to have that “boxed mix” flavor, which I think is so very noticeable. For this party, I made a special cupcake just for the adults: Bailey’s Irish Cream Cupcakes. 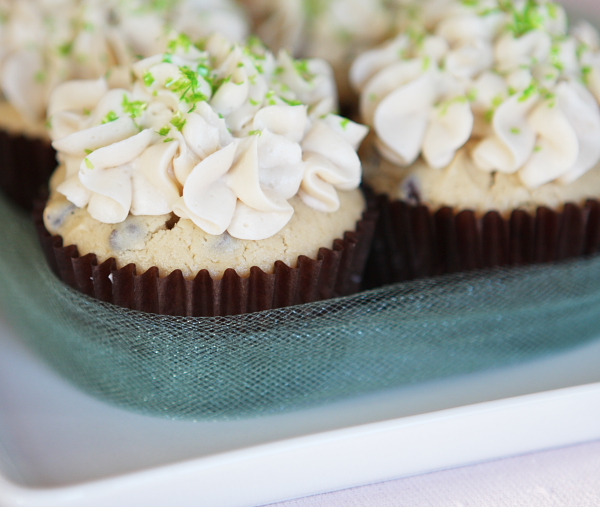 The batter has quite a lot of Bailey’s mixed into it, along with some miniature chocolate chips. 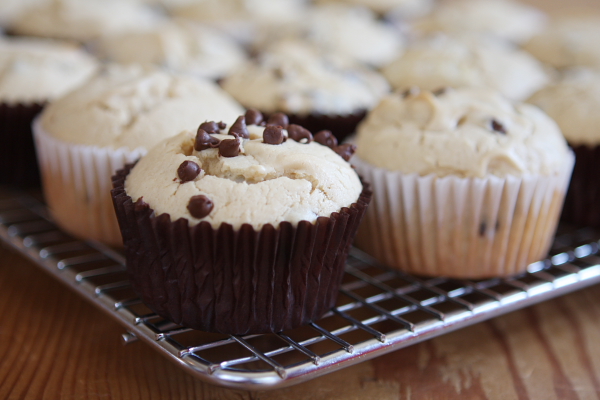 All baked up and ready for some Bailey’s Buttercream Frosting! 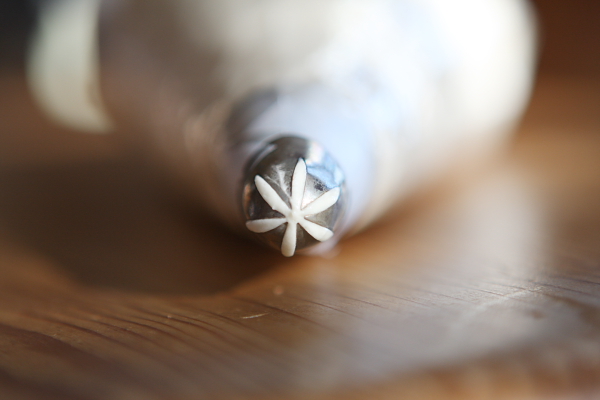 Here’s the tip I used: a Wilton 2D. And here’s the process I used for frosting these: 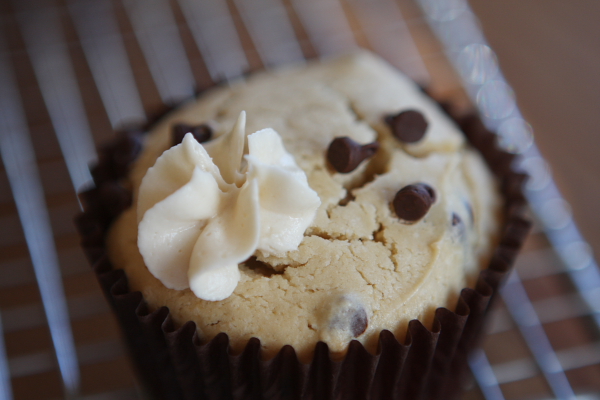 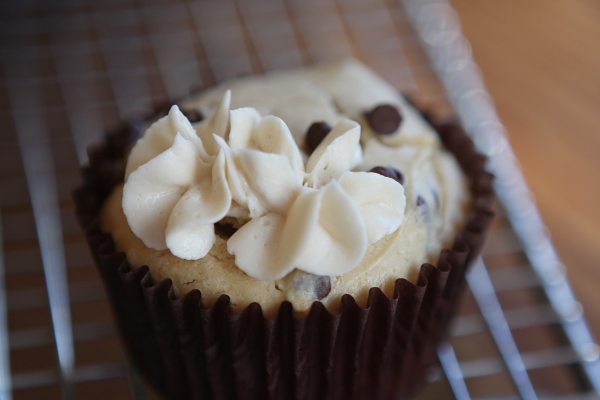 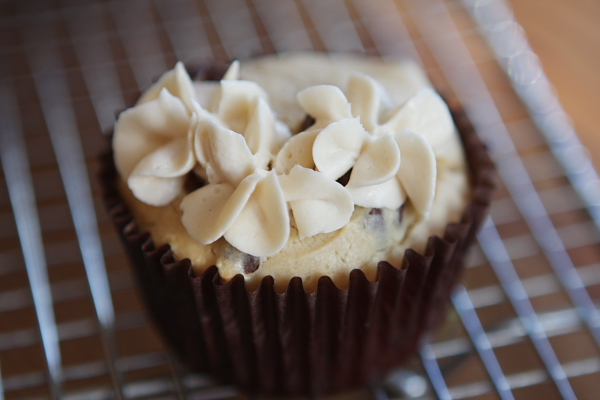 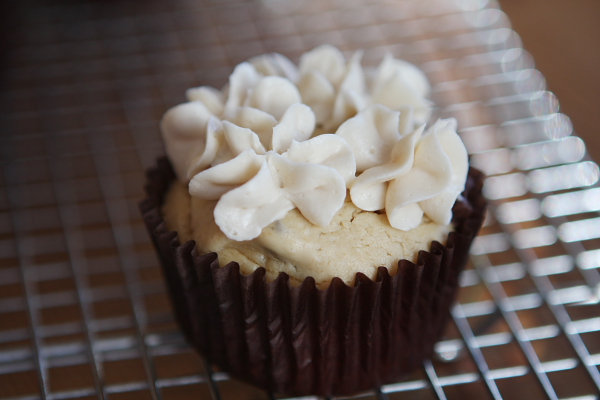 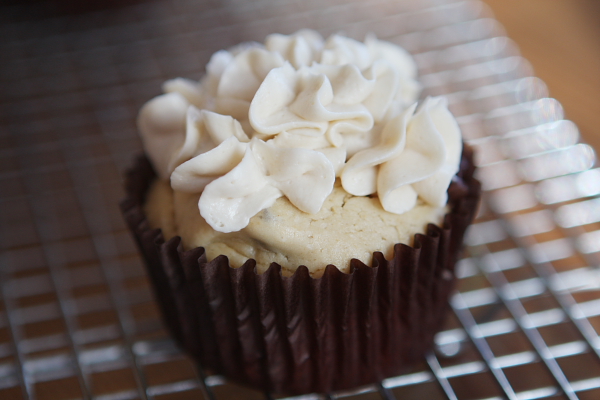 I squeezed on one petal at a time… all the way around the edges of the cupcake and then one petal squeezed into the middle to finish it off. 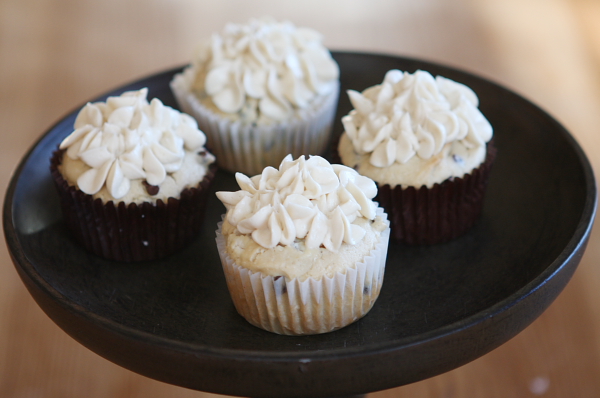 And there they are… simple little Irish Cream Cupcakes without an overwhelming amount of frosting. 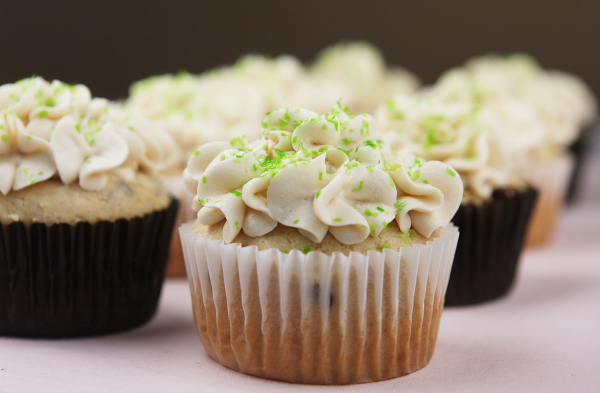 Add some green glitter if you wish- for a festive St. Patrick’s Day vibe. 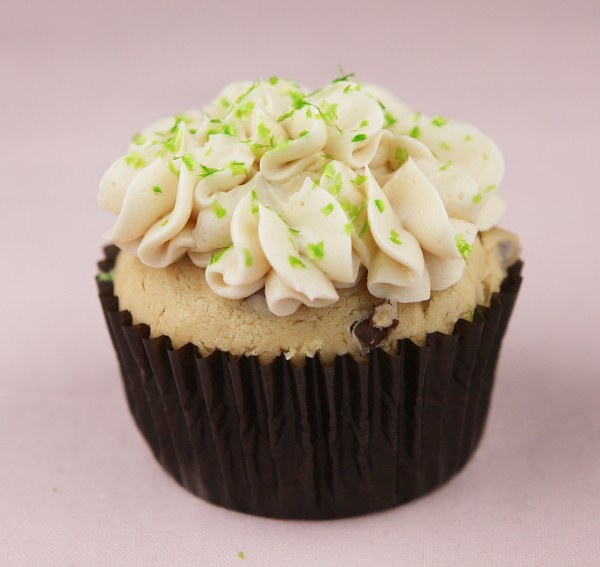 And keep these liqueur- infused cupcakes away from the kids. Unless you’re looking to get them sleepy. Not that I advocate that sort of thing, but… stick with Funfetti for the team parties. Can’t go wrong there! 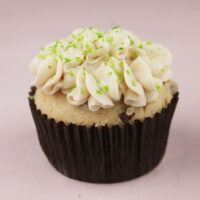 Delicious with Bailey's Irish Cream in the cupcake and swirled into the buttercream frosting!