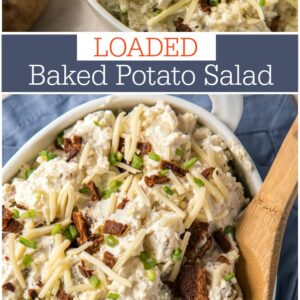 This Loaded Baked Potato Salad is going to be your new favorite recipe for potlucks and parties! 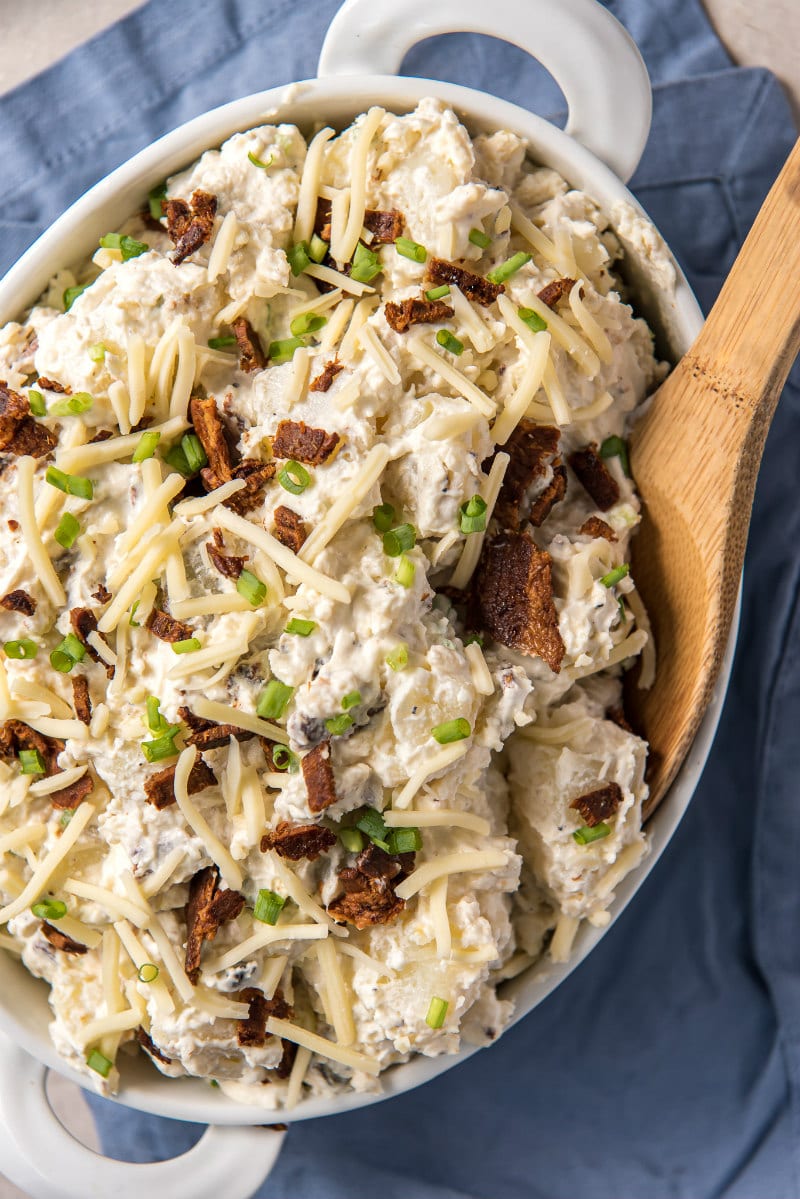 You’re familiar with the make-up of a loaded baked potato, right?  It’s a baked potato piled with sour cream, bacon, cheese and green onion. Well now you can enjoy it in salad form! This is the most decadent of decadent potato salads.  A little scoop will be all you’ll need from this one. It will be entirely satisfying and feel like the most indulging bites of deliciousness ever. 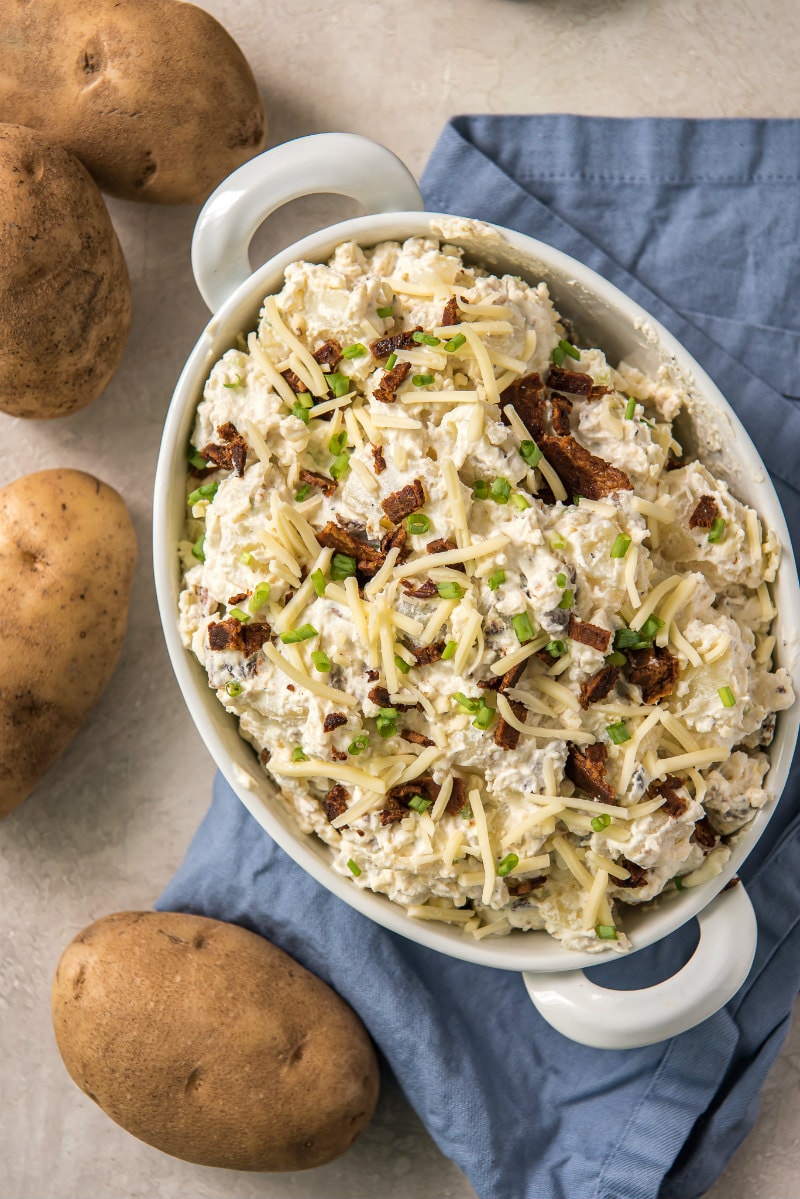 How do you make a Loaded Baked Potato Salad?

Contrary to what the title of the recipe indicates, the potatoes are not actually baked.  The name simply refers to the fact that the potatoes will be combined with other “loaded: ingredients.

Peeled potatoes are boiled in water on the stove until tender. Once tender, they’re drained, chopped and tossed with a bit of vinegar. The potatoes need to cool completely before you begin the next step.  For this reason, I like to prepare the potatoes in the morning, refrigerate them, and then add the rest of the ingredients in the afternoon. 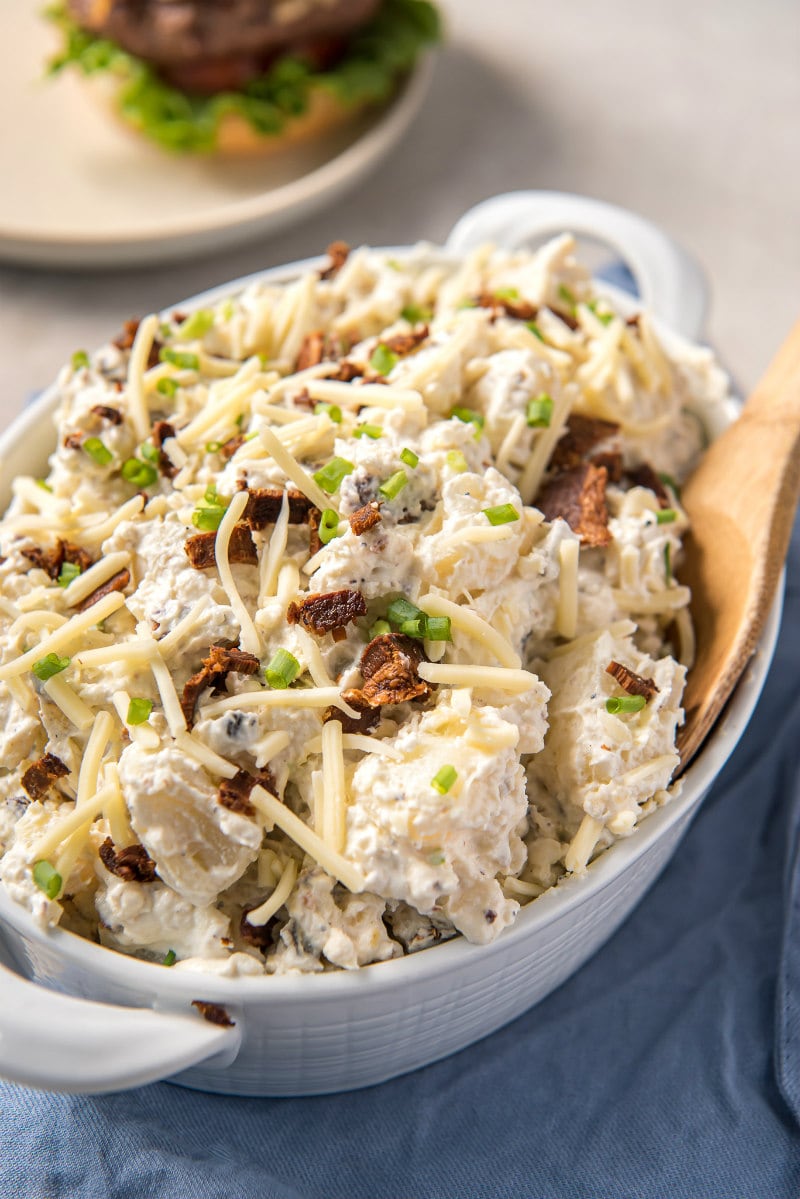 To finish making the salad, you’ll load it up!  Combine the cooled potatoes with sour cream, mayonnaise, cooked bacon, shredded cheddar cheese and green onions. I always like to save a little of the bacon, cheese and onion to sprinkle on top to make it pretty.  Also, note that the cheddar cheese you choose is important. You can either use a white sharp cheddar or orange.  Use orange if you want more of a splash of color in your Loaded Baked Potato Salad! 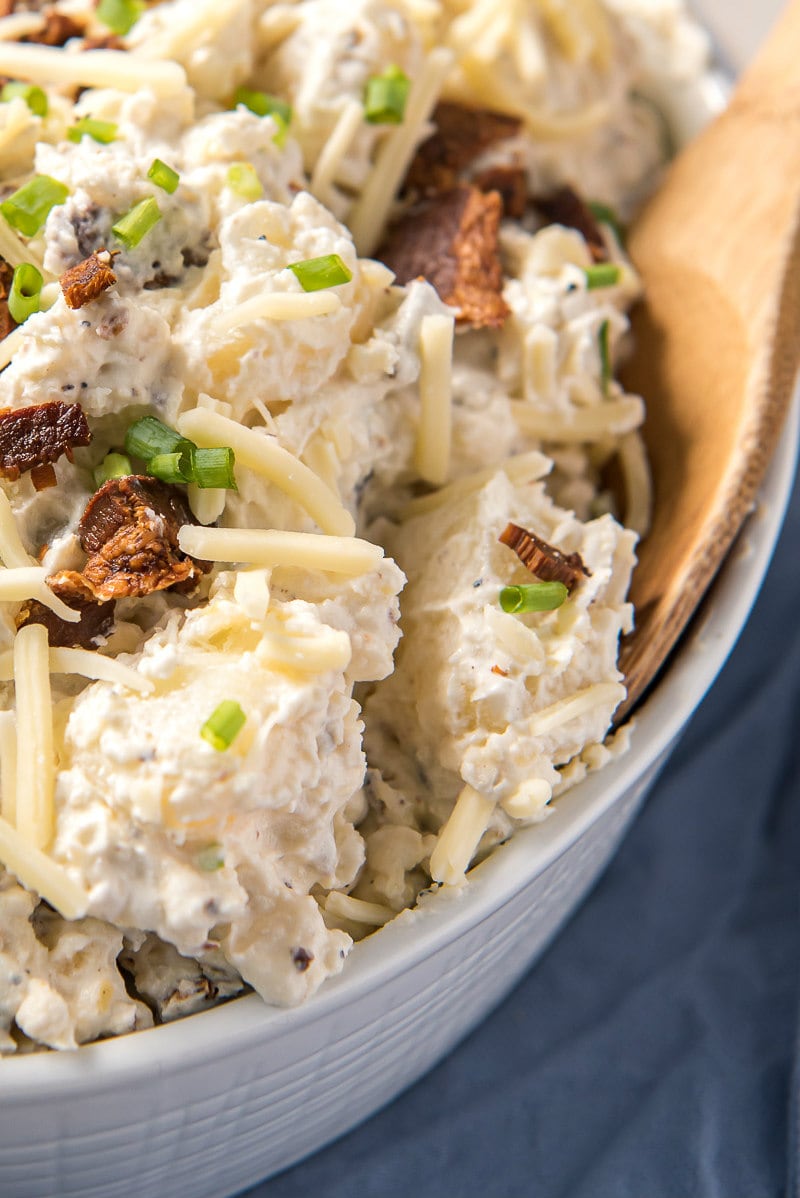 This potato salad is one of those that is best when the flavors have had a chance to meld together when chilled in the refrigerator.  For this reason, either plan to make it in the morning to be served later that same day.  Or make it in the evening and refrigerate to be served the following day.  Just wrap it well with plastic wrap and take it out of the fridge when ready to serve. If the salad doesn’t appear as creamy as you’d like, stir in another 1/2 cup of sour cream just before serving. Sometimes a stint in the refrigerator gives the potatoes in a potato salad time to soak up its dressing! 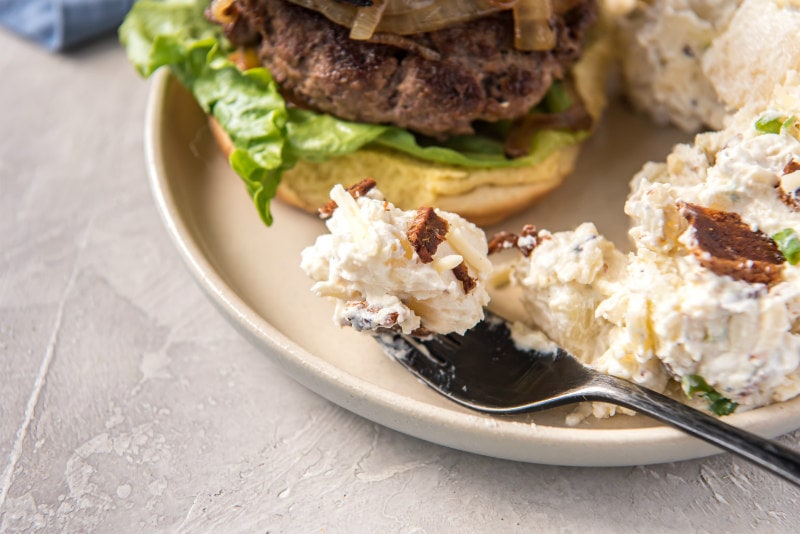 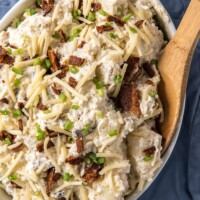 Just about the best potato salad there is!