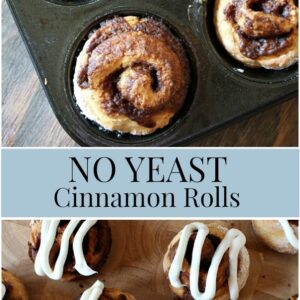 This No Yeast Cinnamon Rolls recipe is one that is plenty acceptable for a cinnamon roll, and it’s kind of a cool option for those who fear baking with yeast. 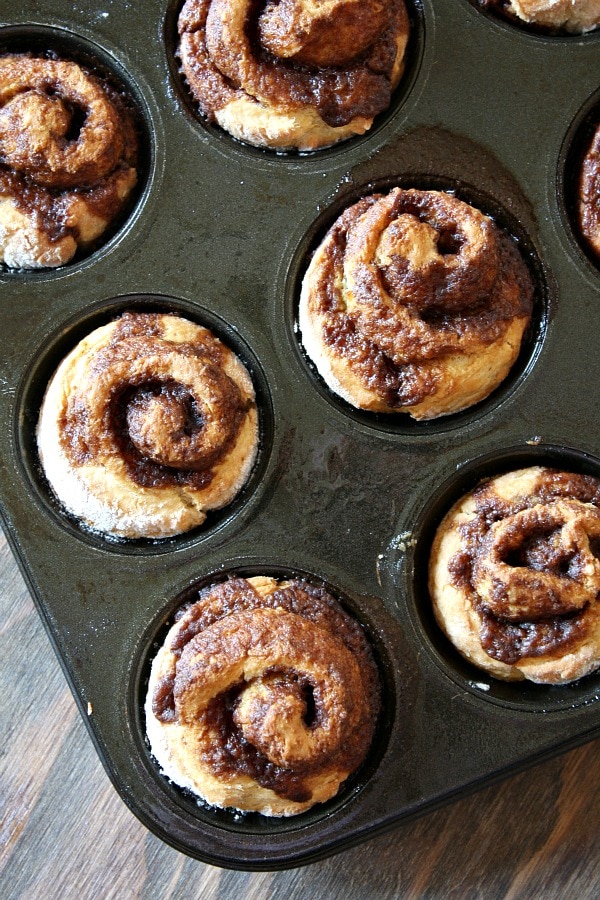 If cinnamon rolls were kinder to my thighs and my love handles, I’d surely bake them often and nibble little cinnamon roll nibbles until my heart was content.  Cinnamon rolls are a rather huge favorite of mine.  My grandma Billie used to make the best cinnamon rolls ever, and I certainly use her recipe whenever I’m up for making a yeast version of these things.

I bake my no yeast cinnamon rolls in a muffin tin… for no particular reason except that I just want to keep them intact and not spreading out all over the place. 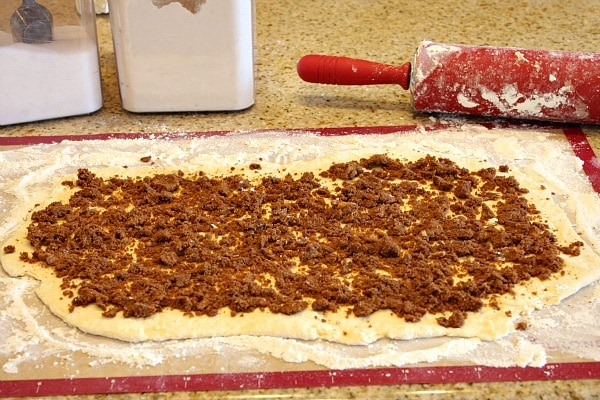 These lovelies are made just the way a regular cinnamon roll is made.  The dough is rolled out into a roughly-shaped rectangle and topped with a brown sugar- cinnamon filling.  Lots of it.

A note about the dough:

It will be sticky. If you find that you need to, then add an additional tablespoon of flour to it at a time to get it to a consistency that will be good for rolling. 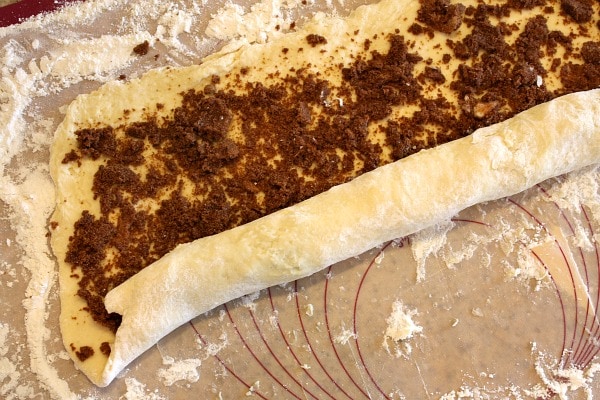 The dough is very soft to work with.  Make sure your surface is well-floured and be gentle with it and all will be right with the world. 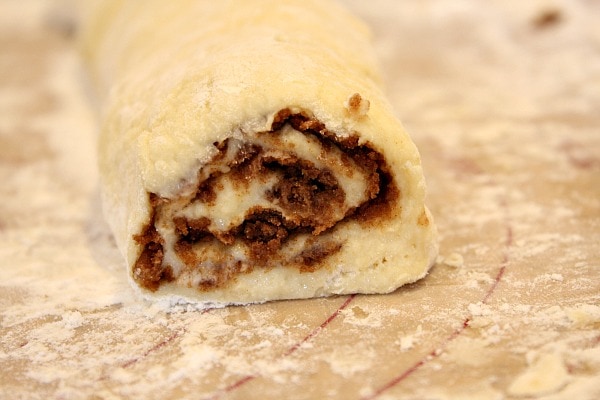 A peek at the roll.  Cut slices and try not to eat it as you go!  Seriously… it’s kind of hard not to taste it. 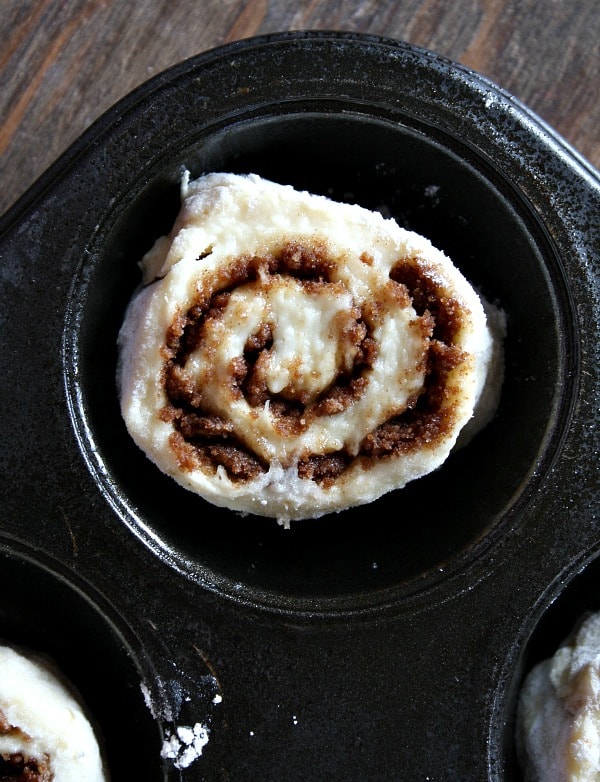 I drop mine into greased muffin tins.  If you’d like them to turn out a little more decadent and dripping in buttery cinnamon-sugar goo, put a teaspoon or so of the cinnamon-sugar topping inside each muffin tin before you put these in there.  Then it will bake up all gooey on the bottom too.  I don’t do that… and I love them just the way they are, but I like that gooey option idea too. 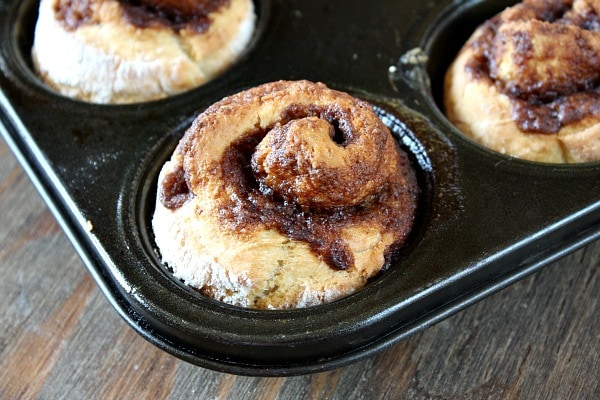 They bake up kind of muffin-like (but not muffiny in texture- they’re a bread texture instead). Note: THEY DO NOT TURN OUT LIKE SOFT CINNAMON ROLLS THAT YOU KNOW AND LOVE!  They are more crusty. Read all of the comments below the recipe. People who have tried these have been happy with the results!! 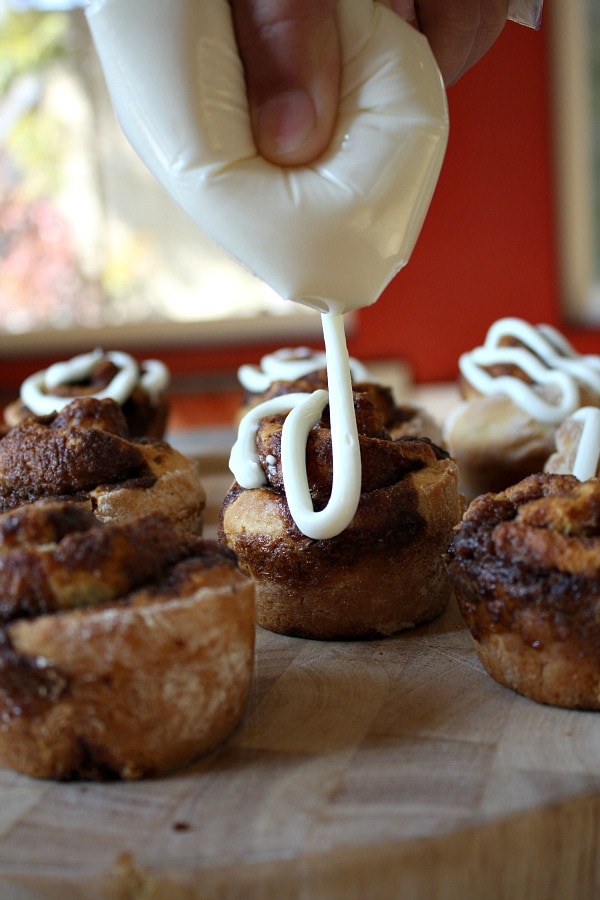 Cream cheese frosting (or a glaze of some sort) is a must.  A MUST. 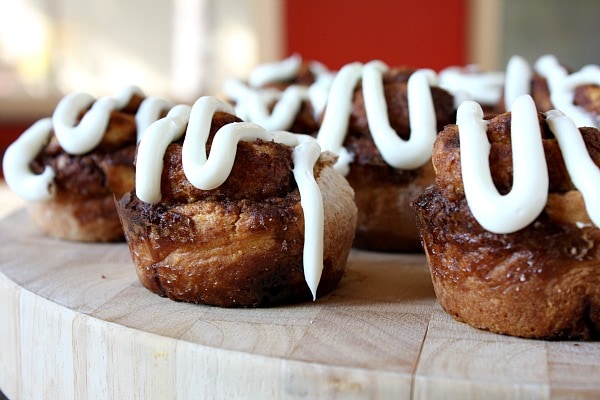 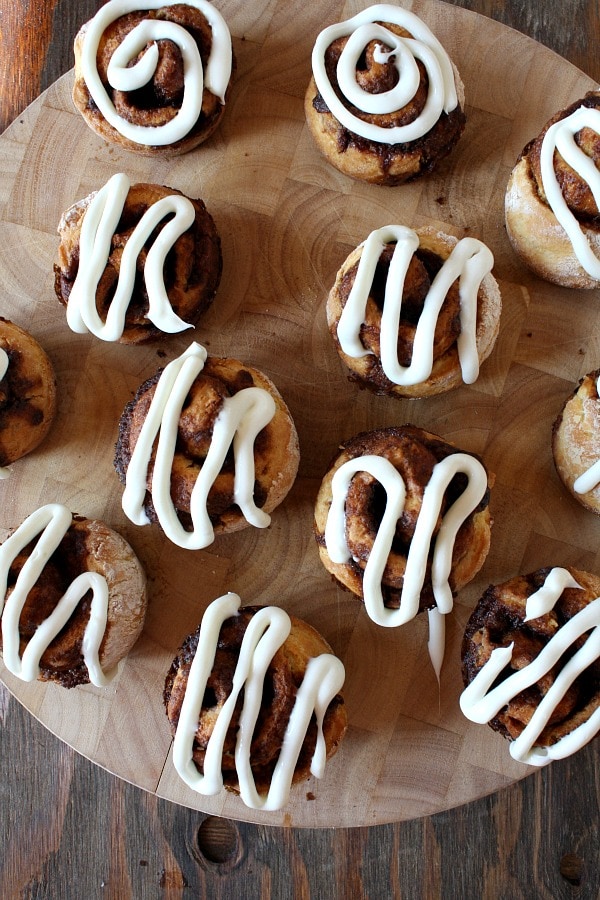 Get wild and crazy with your frosting designs, or just spread it on top of the cinnamon rolls like a normal human being would. 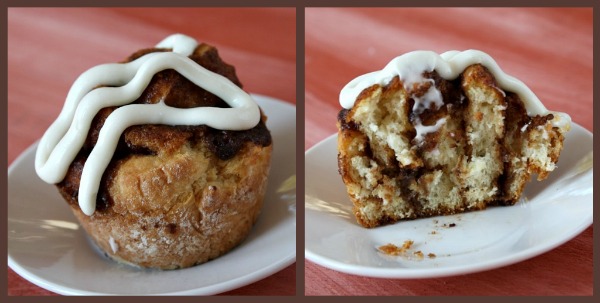 Bake these No Yeast Cinnamon Rolls!

Here’s a peek at the inside too- you can see that the cinnamon layers are present throughout.  The best part about these cinnamon rolls is of course the “no yeast and no rising needed” aspect of them.  I sure love myself some home-baked yeasted cinnamon rolls, but these are nice to make when you don’t have the patience or time for rising.  Yeast rolls turn out a little more tender than these- I’d say these are more like a bread consistency.  Still good.  And remember that little tip I gave you about the extra cinnamon-sugar goo.  That could be all kinds of awesome.  These are best eaten the same day… nice and warm out of the oven with that cream cheese frosting on top.  We eat a few and give the rest to neighbors.  Happy neighbors! 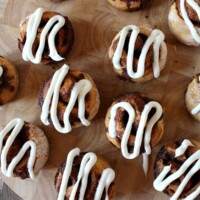