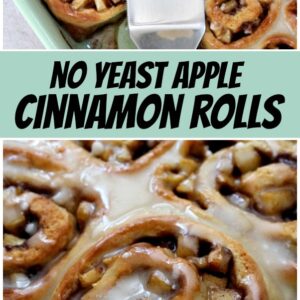 No Yeast Apple Cinnamon Rolls with Maple Icing are amazing rolls to make for a weekend breakfast! 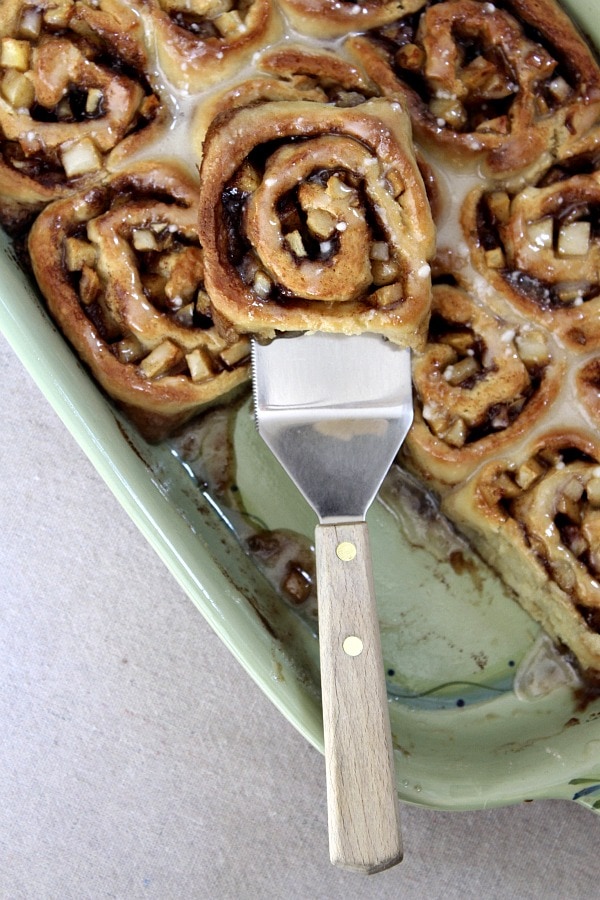 I love cinnamon rolls as much as the next person, but they’re hard to manage when trying to serve for a weekend breakfast.  If I’m making yeast rolls, I can’t promise they’ll be done any sooner than lunchtime with all of that rising involved.  That’s where these no yeast apple cinnamon rolls come in handy.  That’s right- NO YEAST, I TELL YOU, and no rising-needed!!  They’ll definitely be done in time to be served as breakfast. 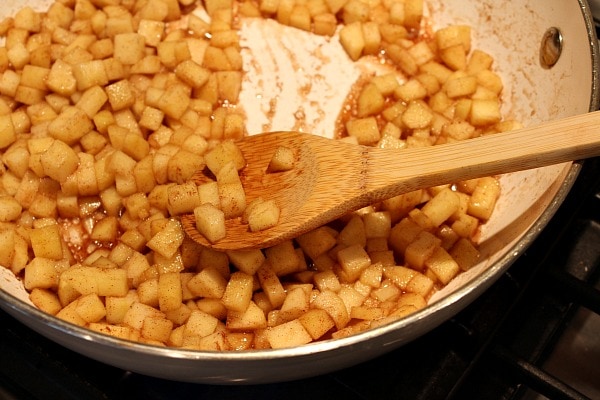 How to make No Yeast Apple Cinnamon Rolls:

Sauté chopped apples and get them cinnamon-sugared and slightly softened.

Here’s my secret when making baked goods that you have to roll out on a mat:  I measure my flour on the mat so that the excess just gets pushed onto the mat and can be used to flour the mat for rolling. I love this rolling mat for rolling out dough. It’s large and easy to clean. 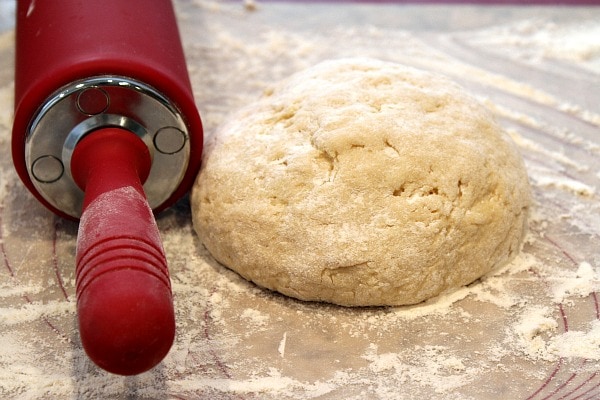 The dough is mixed together and is ready to roll out (no rising needed!) 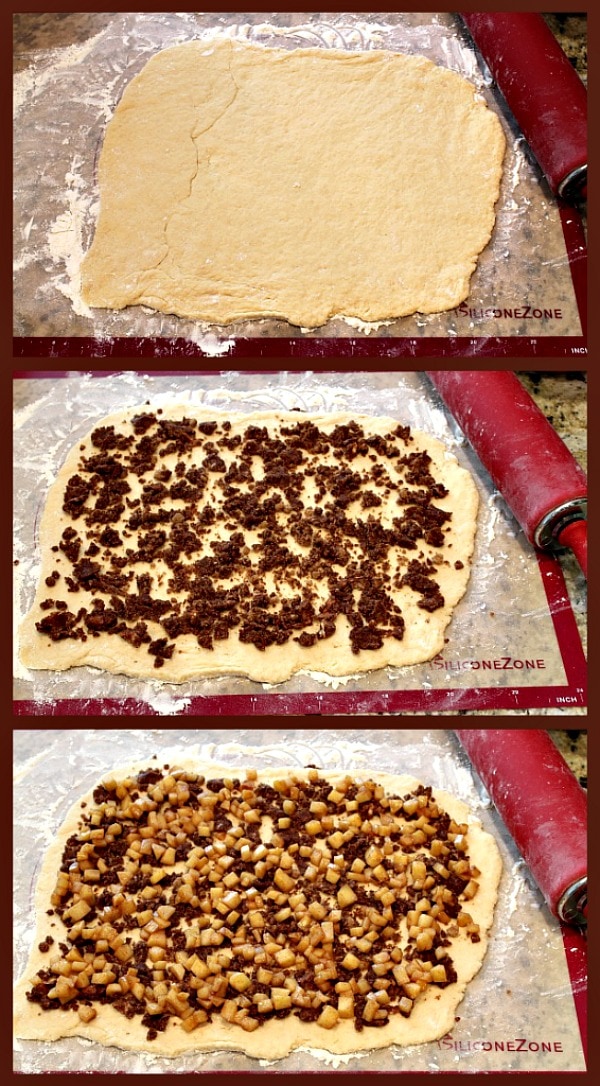 Next:  Roll, sprinkle cinnamon-sugar, and then sprinkle the sautéed apples. 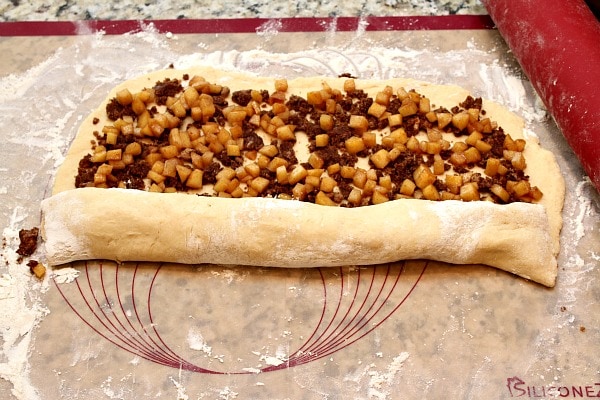 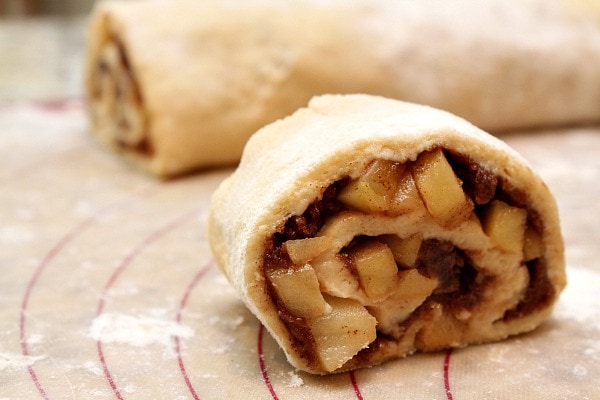 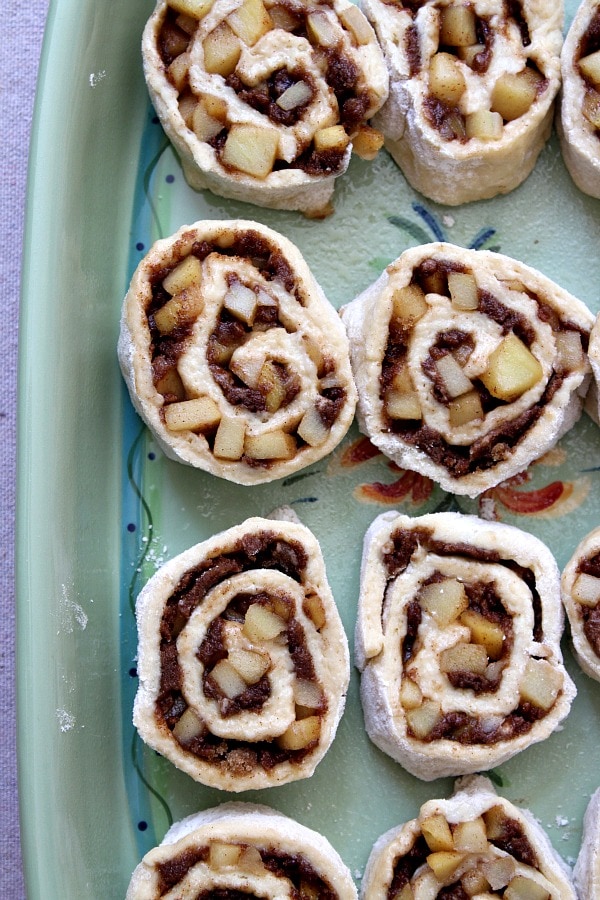 Place those slices into a greased 9×13-inch pan. 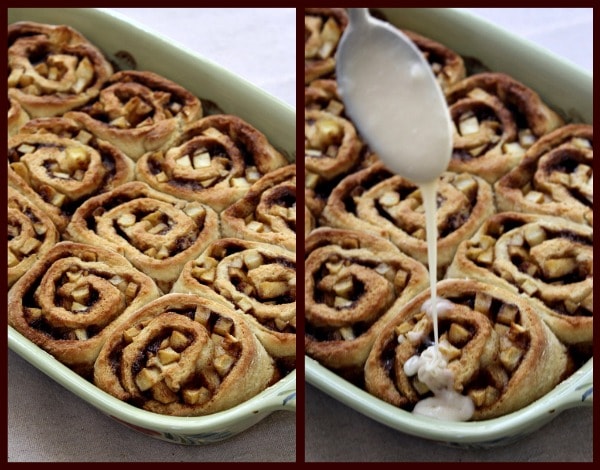 Bake for a short time- you’ll see that the rolls expand and connect.  Drizzle on the maple icing while the rolls are still warm. 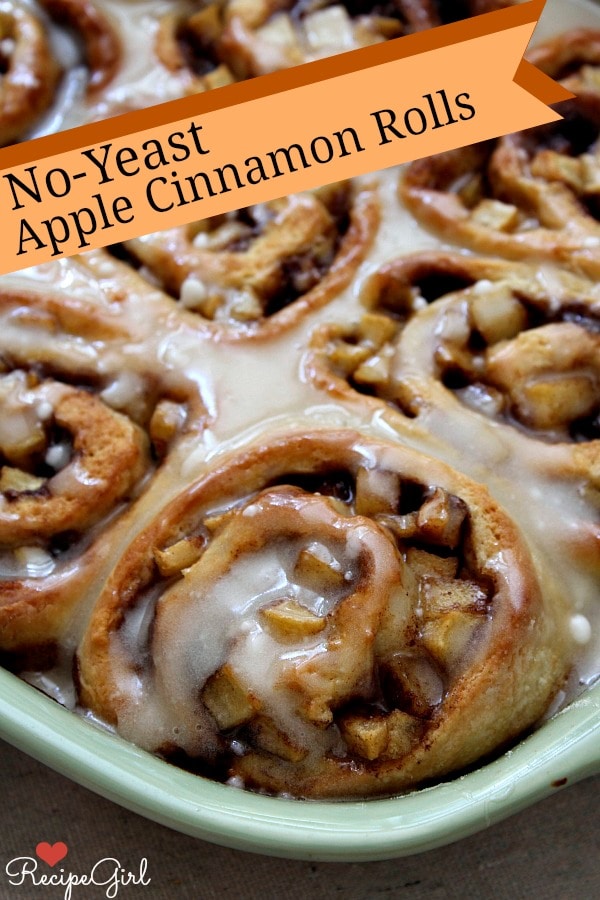 Sit and stare and drool! 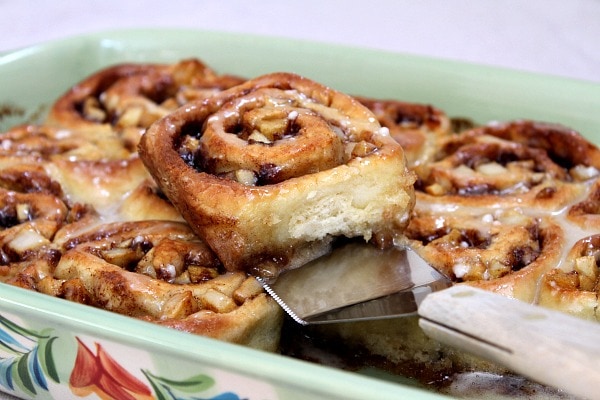 Then scoop one of them out and eat it immediately.  Don’t think about it, just eat it.  It’s warm and it’s gooey and it’s a very good replica of a yeasted cinnamon roll. 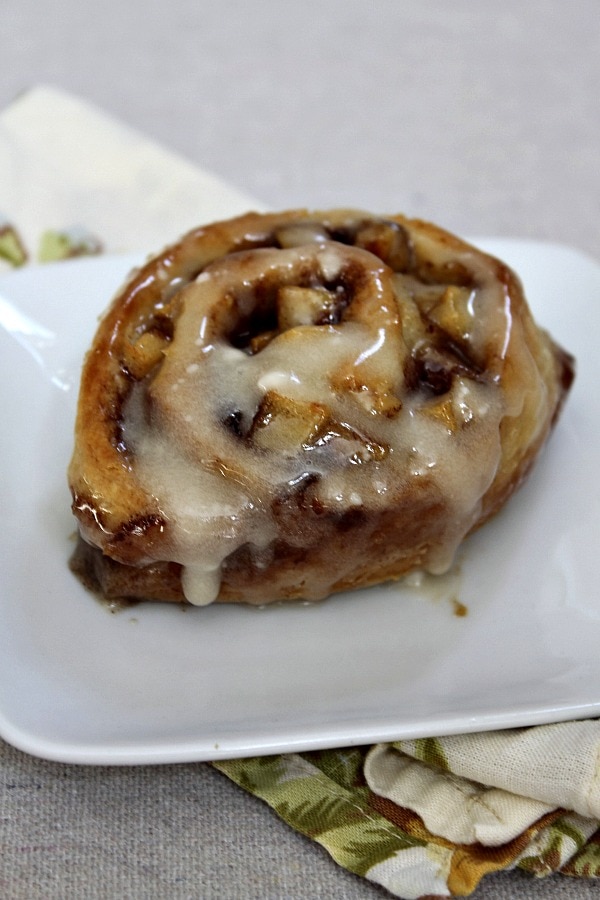 The icing poured over the warm rolls soaks into every nook and cranny and makes the rolls soft and sweet and moist.  Fall arrives soon, and I’d say these apple cinnamon rolls would be a good way to celebrate. 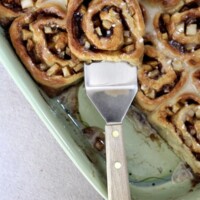 Easy and delicious cinnamon rolls with no rising!