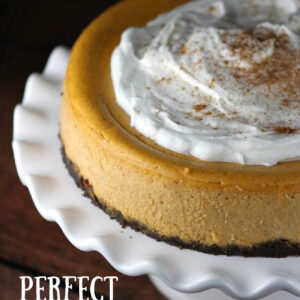 This Pumpkin Cheesecake Recipe is among my “favorite dessert recipes ever.” 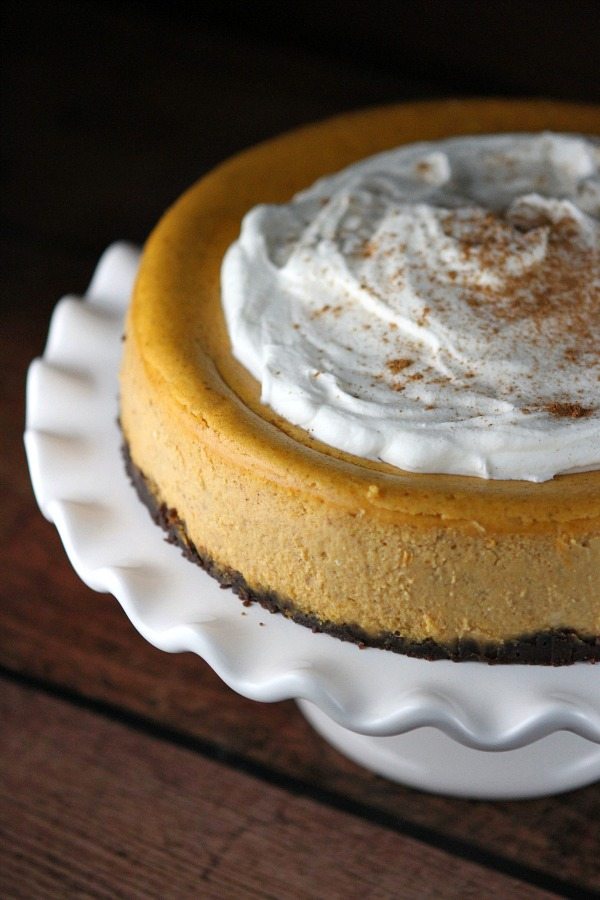 I have never been a humongous fan of pumpkin pie.  At Thanksgiving, it’s the last dessert I’ll reach for… and if it’s the only option available, I’ll usually pass.  But Pumpkin Cheesecake!!!  That’s a whole different story.

Cheesecake is my passion.  It’s my thing.  It’s my forever craving!  If it’s on the dessert menu at a restaurant, I can’t resist trying it!  So Pumpkin Cheesecake is a big draw for me, for sure. Sometimes I bake my low fat pumpkin cheesecake recipe if I’m really watching the calories! 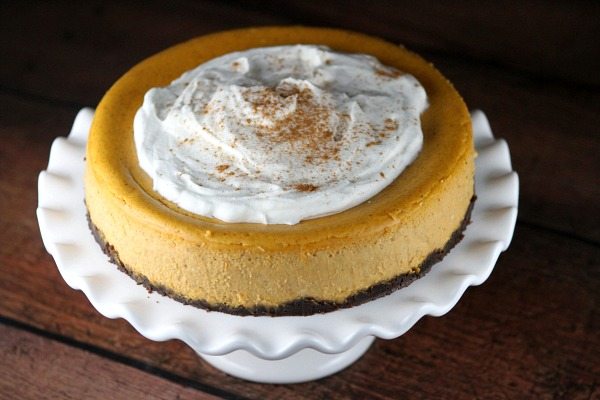 This pumpkin cheesecake recipe turns out a very creamy and delicious dessert.  You’ll find that it’s crazy good, especially if you’re an overly obsessive cheesecake lover like me!!  The gingersnap crust is the perfect pairing with the pumpkin cheesecake. If you don’t like (or can’t find) gingersnaps for the crust, it’s okay to use vanilla wafers, shortbread cookies or plain old graham cracker crumbs.

Eating just one piece will never be an acceptable option for the ultimate cheesecake lover.  This cheesecake is that good! 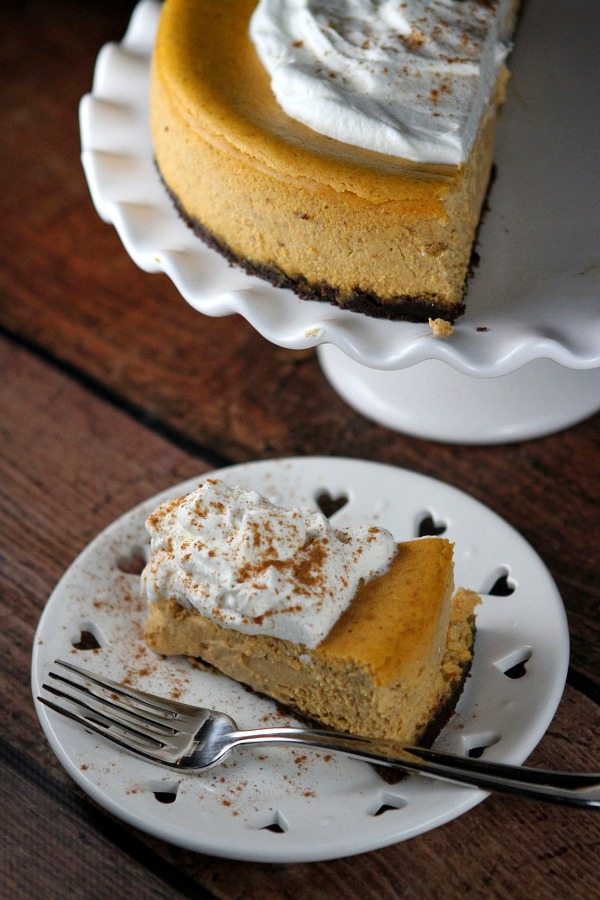 I try to only have just one slice of this one.  I really, really try.  But I totally fail.  It’s too good.  I keep digging in and sampling until the entire dessert is gone.  At least it takes a few days to demolish.  And I pay for it by spending extra hours on the treadmill.  The truth:  it’s worth it!

What do you do if your cheesecake cracks on top?

Here’s a little tip for the cheesecake baker:  you can bake this one with a water bath underneath the cheesecake, which will help avoid “cracking” the surface of the cheesecake while baking.  But if you’re not into doing that and your cheesecake does develop a crack on top, just spread some homemade whipped cream on top of the cheesecake and you’re all set.  No one will know there’s a crack under all of that! 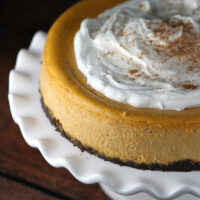