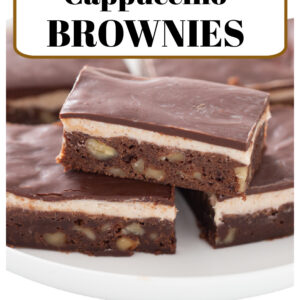 These Cappuccino Brownies are a big-time favorite brownie recipe. 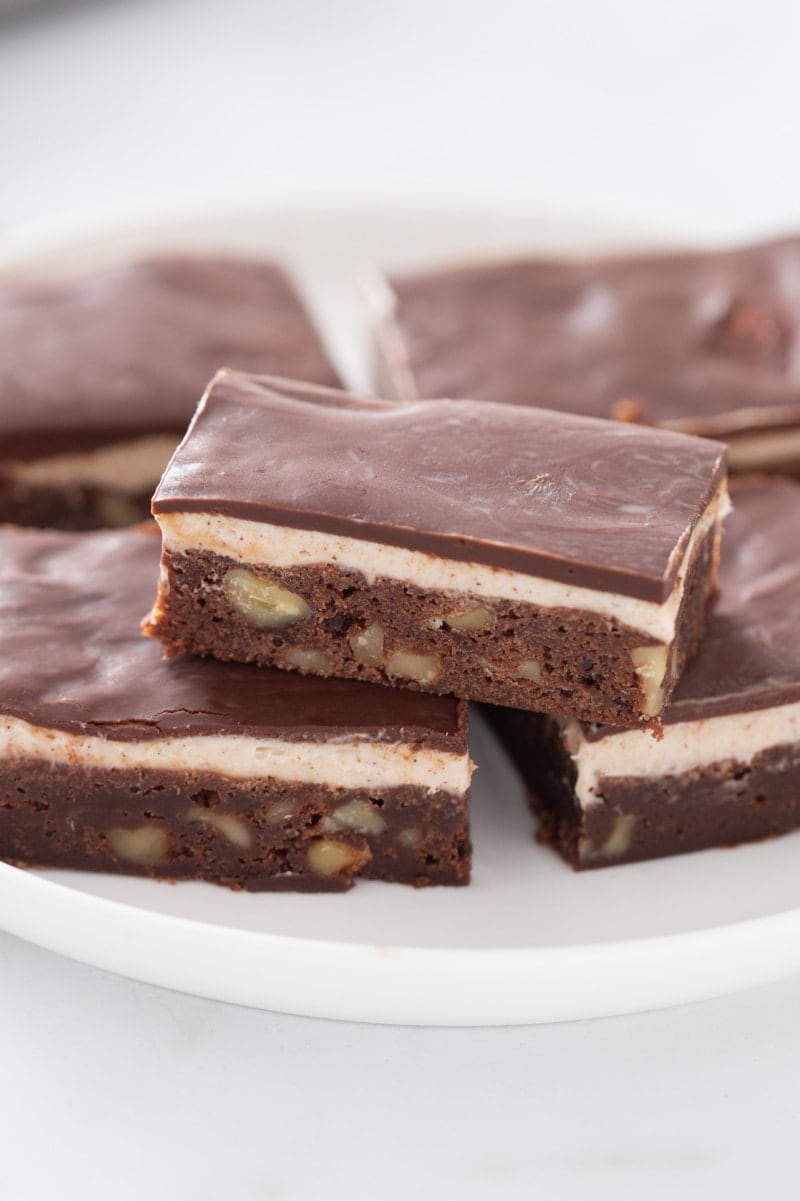 What I love about these Cappuccino Brownies is that they have three layers of deliciousness. They start with a a fudgy cappuccino brownie base, and then they’re topped with a cream cheese layer and a classic chocolate glaze. They’re wonderful! 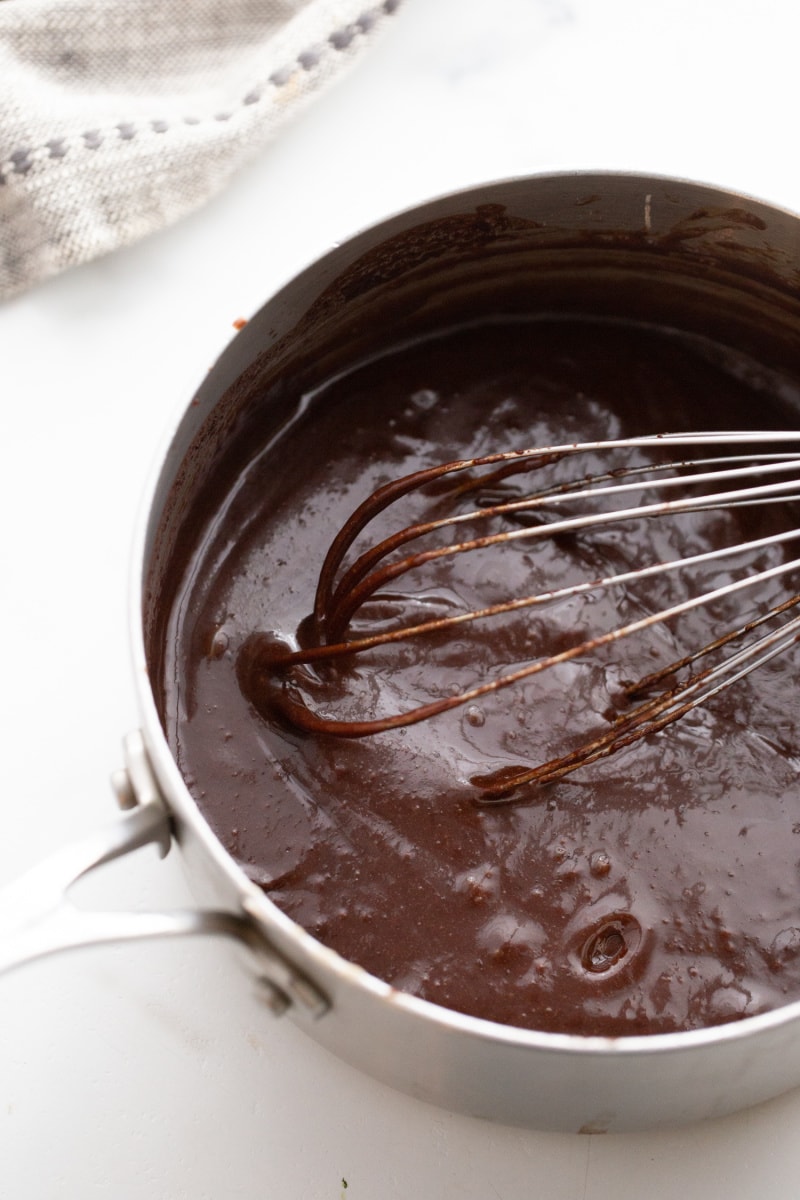 How to make Cappuccino Brownies: 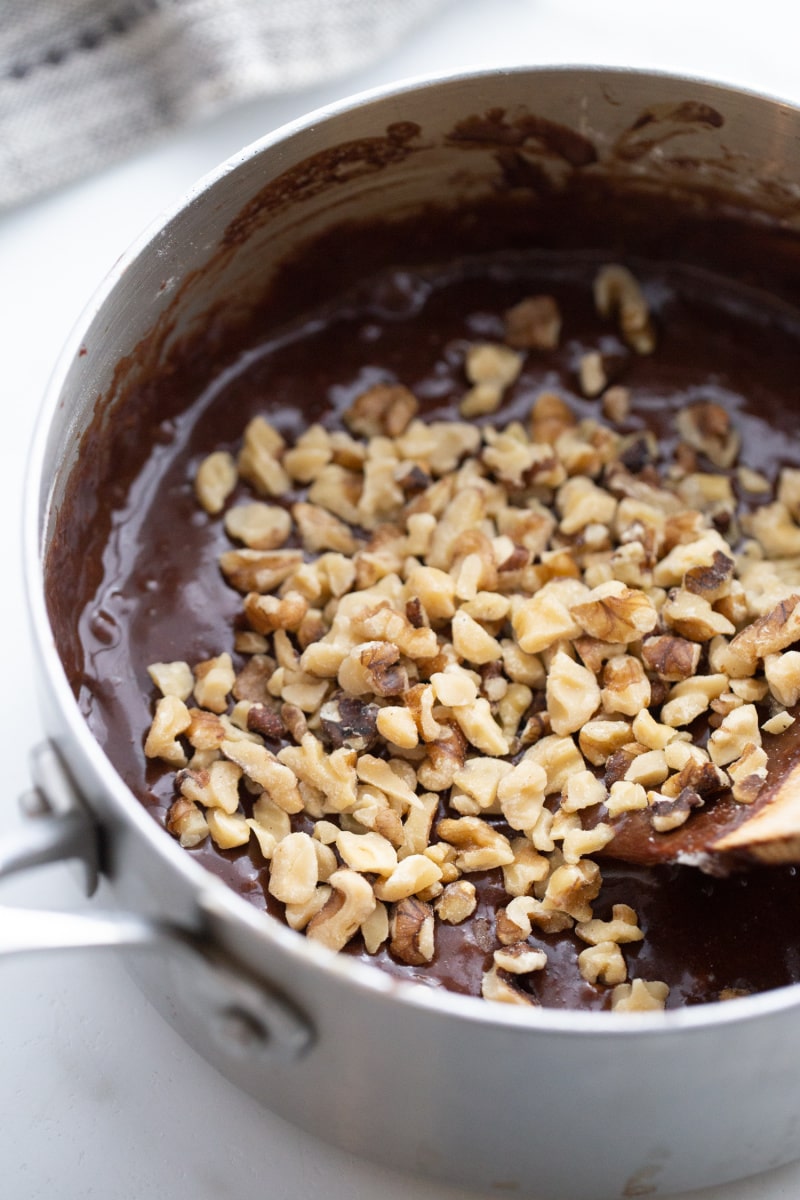 If you want to add nuts to these brownies, you’ll mix them in when you’re done making the brownie batter. It’s okay to leave out the nuts if you’re not a nut family (or if you’re allergic). 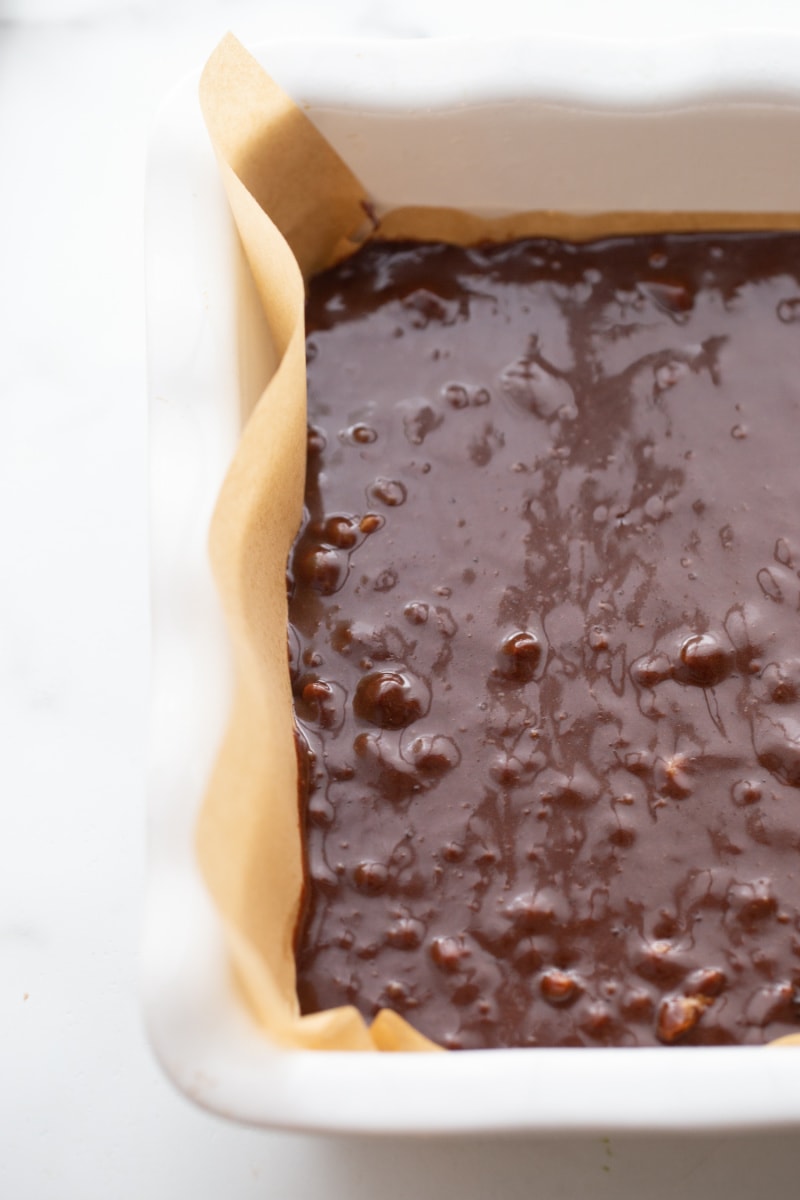 The brownie batter is spread into an 8-inch square pan. Use parchment paper to make it easier to get the brownies out of the pan after they’re done. 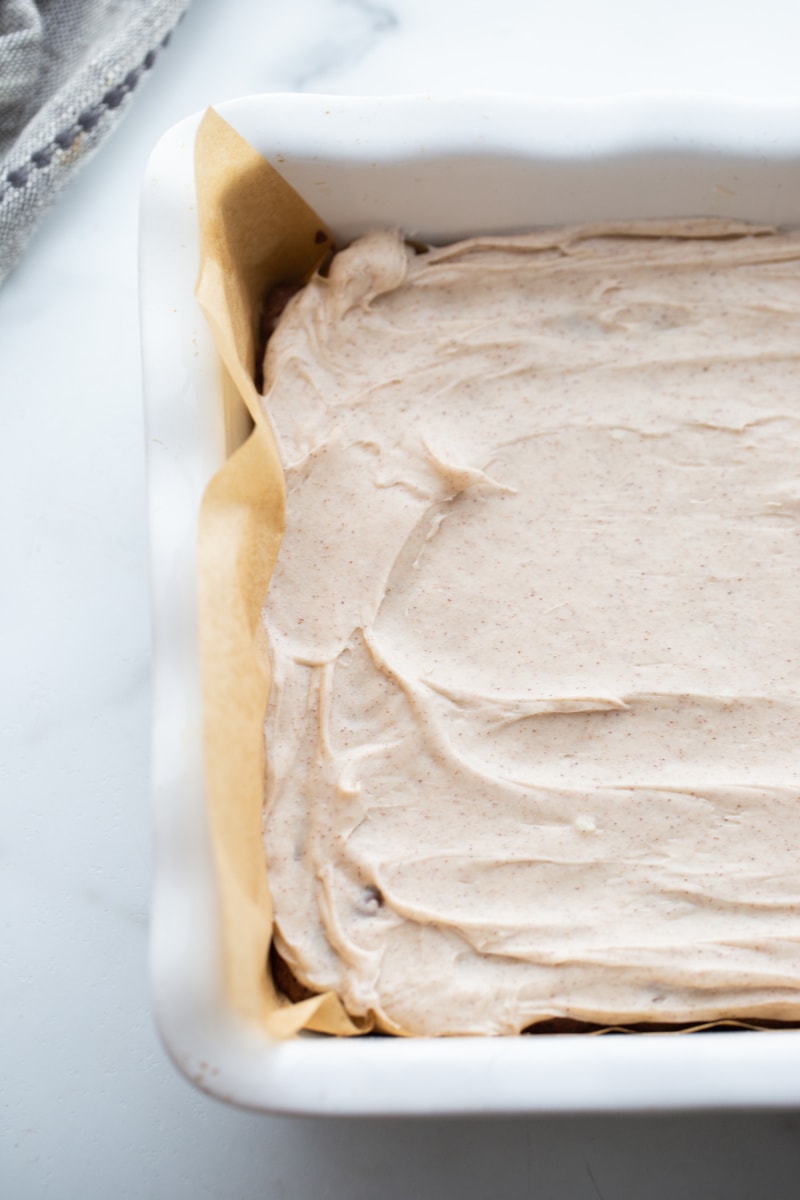 After baking the brownies, a cream cheese layer is spread on top of the baked brownies. It’s optional that cinnamon is added to this layer since I know that some people do not like cinnamon and chocolate together. It’s good in these cappuccino brownies though! The brownies go into the fridge for an hour to let the cream cheese layer firm-up. 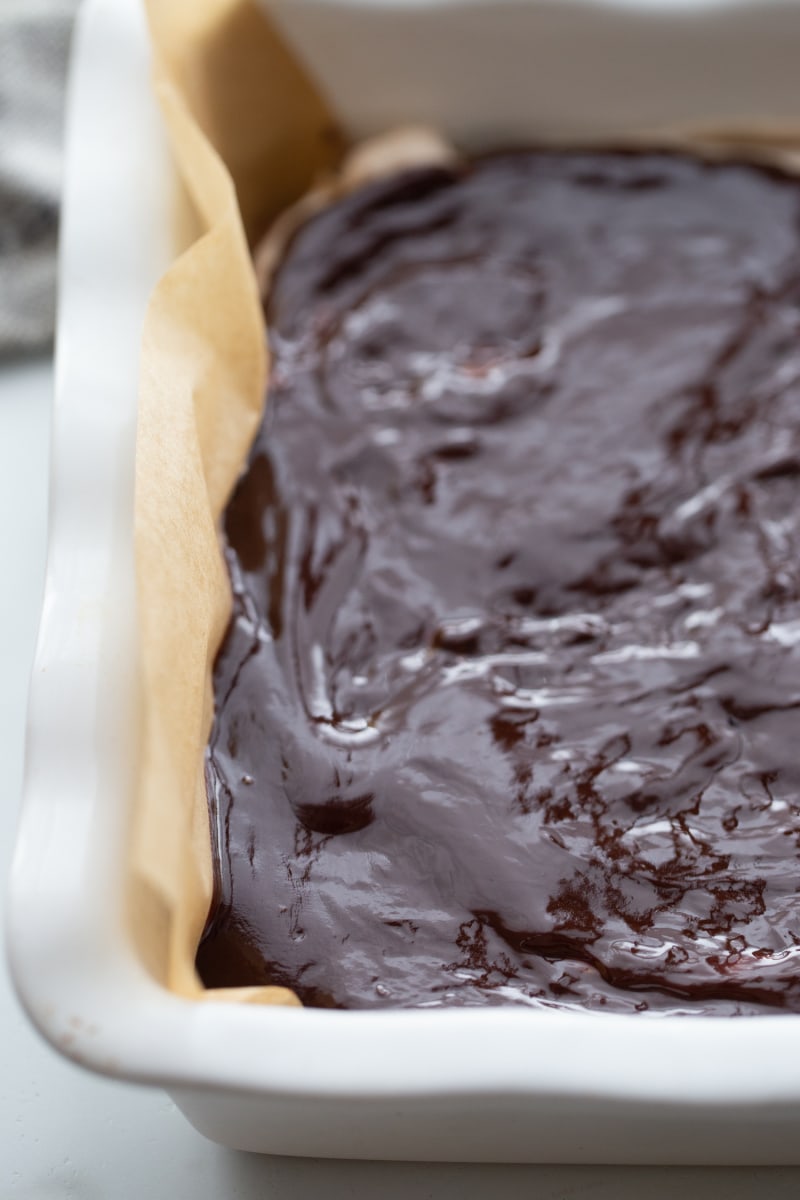 And finally, a chocolate glaze is added on top of the cream cheese layer. It’s a simple glaze of chocolate, heavy cream, butter and more espresso powder. After this, the brownies are chilled until all of the layers are nice and firm. Then you can use the parchment paper to help you wiggle the whole chunk of brownies out of the pan and move them to a cutting board. 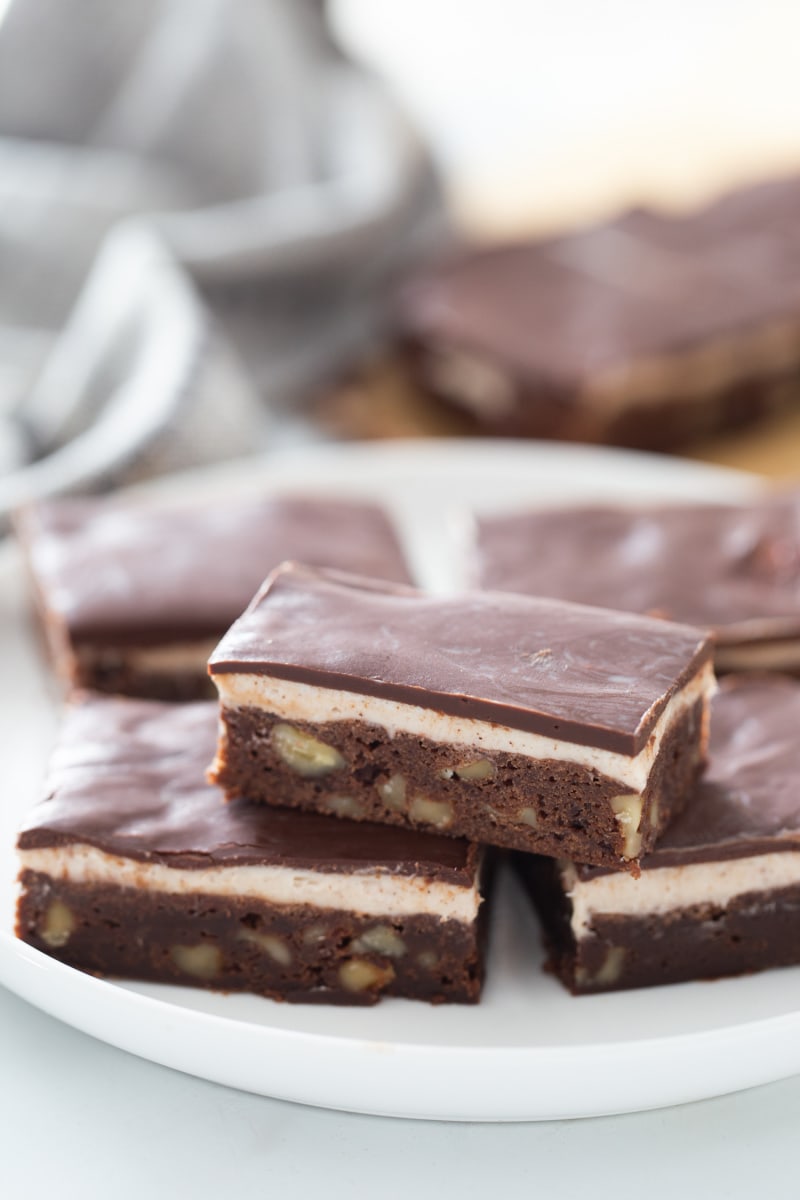 With a long, thin knife, cut the chilled brownies into 12 squares. Cut them into 24 squares if you prefer to serve them in small bites. Serve the brownies cold or at room temperature. These brownies will keep, covered and chilled, in one layer, for 5 days. Enjoy! 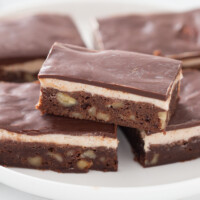 TOTALLY rich and wonderful. The brownies have basically two layers of frosting- a cream cheese layer and then a classic chocolate glaze. 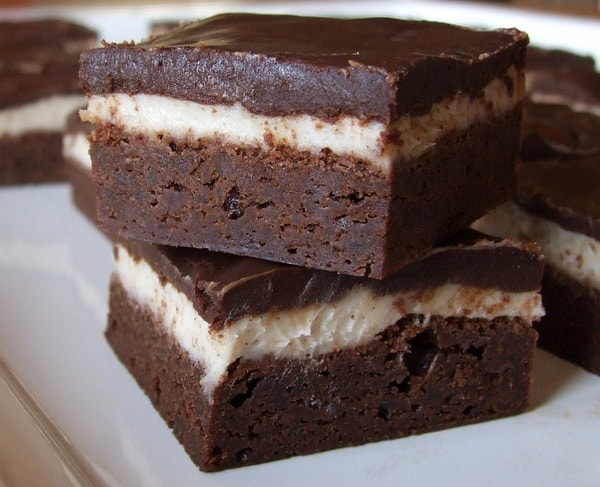