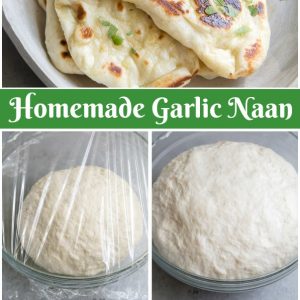 I’m showing you How to Make Naan.  This homemade garlic naan is cooked in a hot cast iron skillet to achieve similar results as a tandoor oven! 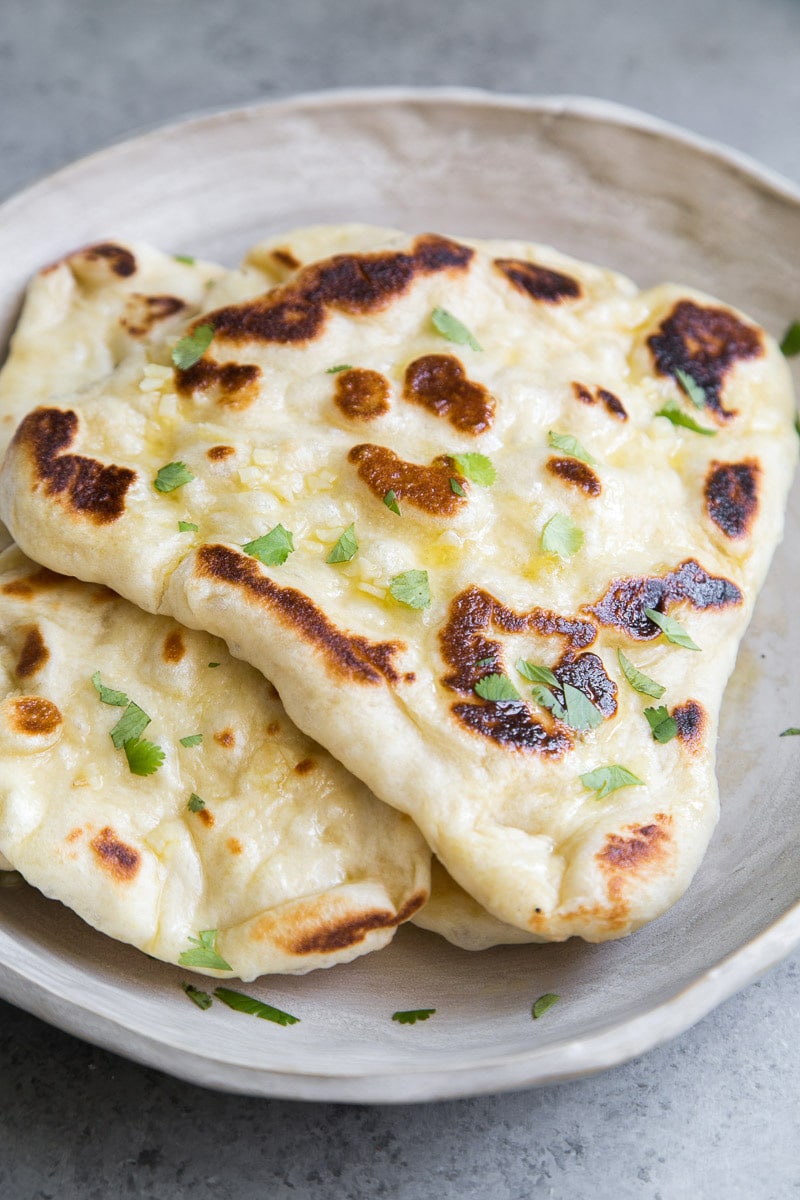 How to Make Naan

Naan is an Indian flatbread that is traditionally baked in a tandoor oven. The live fire of a tandoor oven exposes the dough to super high temperatures, allowing it cook quickly. Luckily, you can achieve similar results by cooking the naan dough in a hot cast iron skillet.

Naan is a soft, pillowy leavened flatbread essentially made from flour, yeast, yogurt, and milk. There are numerous naan variations. Some include anise seeds or nigella seeds (fennel flower) for flavor. But by far the tastiest version is garlic naan. 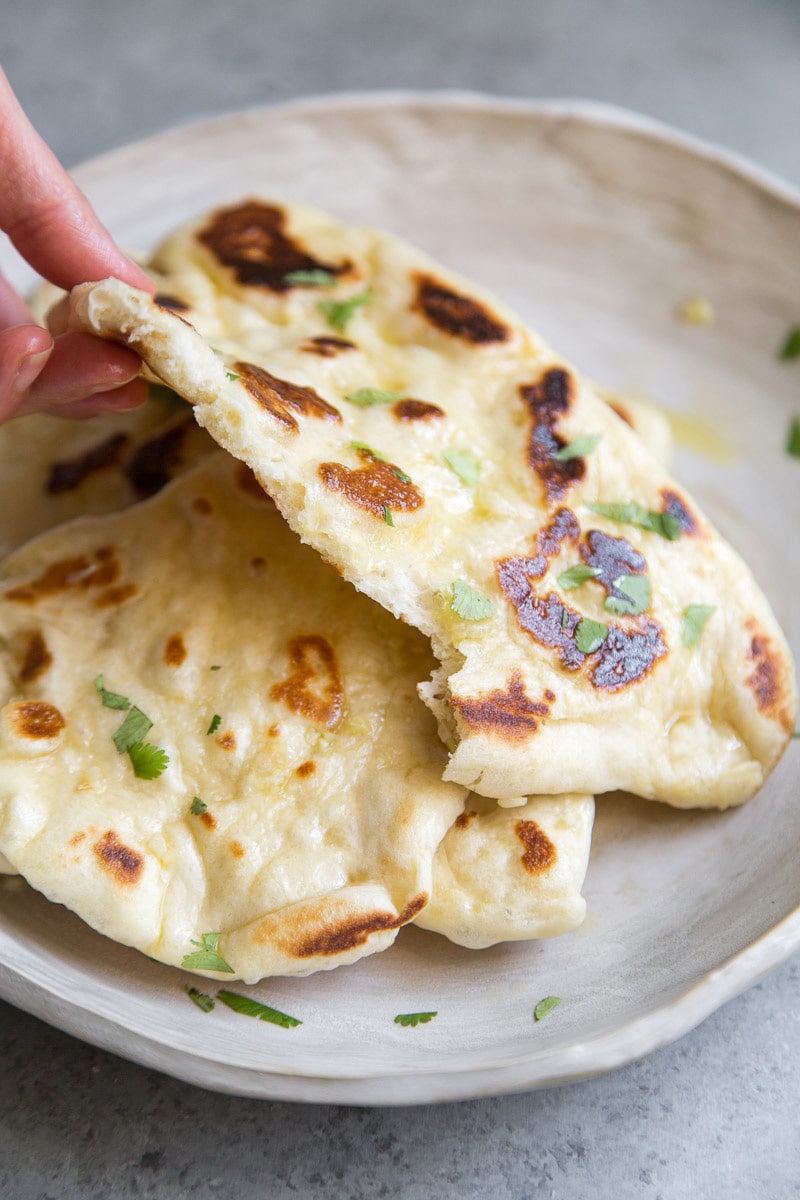 After the dough is cooked, it is brushed with a garlic sauce that really livens up the bread. The sauce is made with minced garlic and your choice of fat- be it ghee (clarified butter), butter, or oil.

What can you eat with garlic naan?

Garlic naan is great for scooping up curries and sauces. It is terrific served alongside this Indian butter chicken or chicken tikka masala!

Asides from enjoying naan with Indian cuisine, naan can be used to make sandwiches like a pita wrap or panini, or the flatbread can be used to a make a quick pizza. 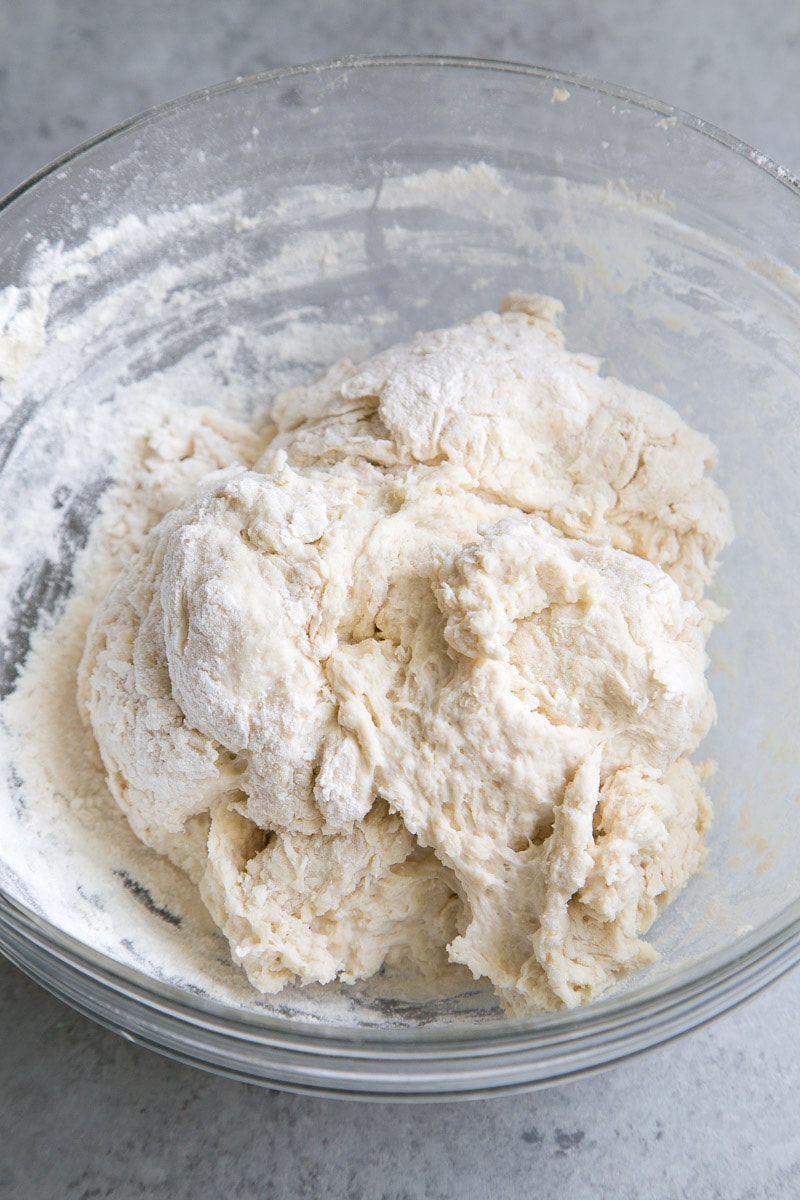 Mixing the Naan dough by hand:

Most doughs are labor intensive, requiring vigorous kneading. Showing you how to make naan is easy because naan is best mixed together by hand.

Start by activating the yeast in warm milk with a teaspoon of sugar. Once the yeast is bubbly and fragrant, it is added with the remaining ingredients.

Use floured hands (or gloved hands) to mix the dough together. It will start off shaggy and messy like the image above, but with a few minutes of kneading, the dough will be cohesive and smooth. Simply add flour as needed to prevent the dough from sticking everywhere. 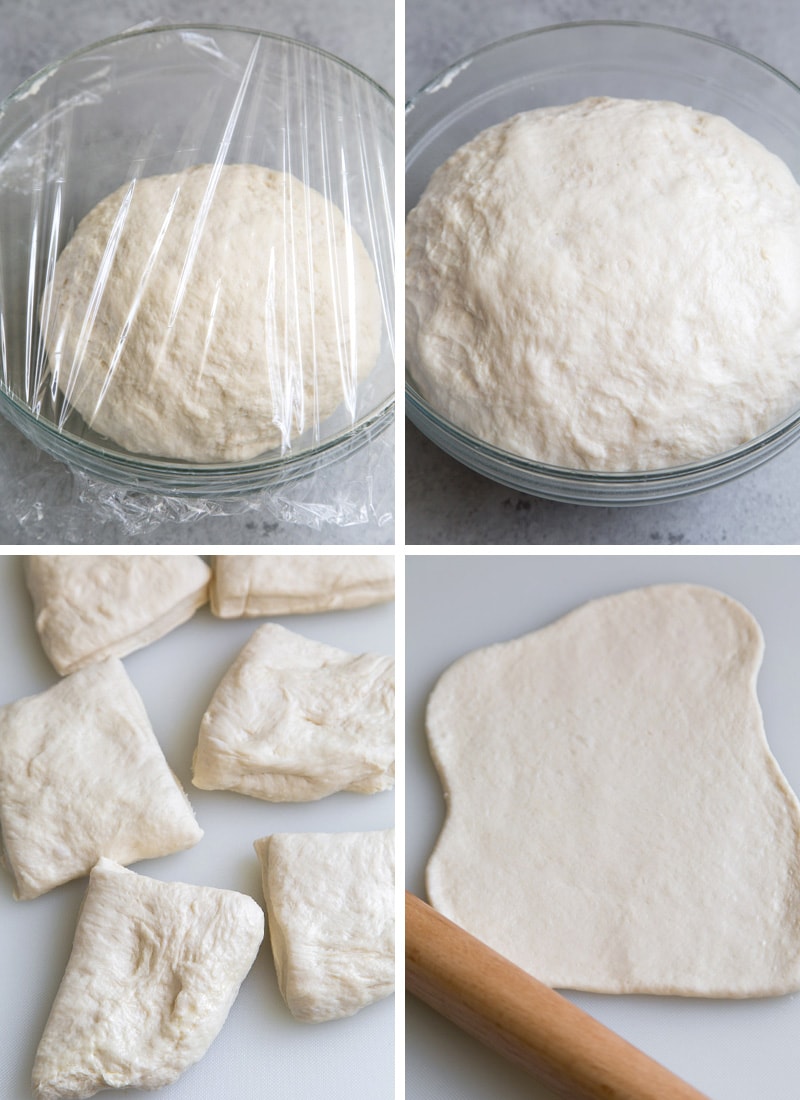 The dough rests for an hour until it has doubled in bulk. Then, the dough is divided into 8 equal pieces. A rolling pin is used to flatten the dough to a thickness of about 1/4-inch.

And then it’s time to cook! After testing this on several cookware, I have found the best results with a cast iron pan. Cast iron retains heat better and evenly cooks the dough.

Brush the dough with oil and cook on high heat for about 2 minutes on each side. It’s so easy to make! Now you know how to make naan. Brush the cooked naan with garlic sauce and start eating! 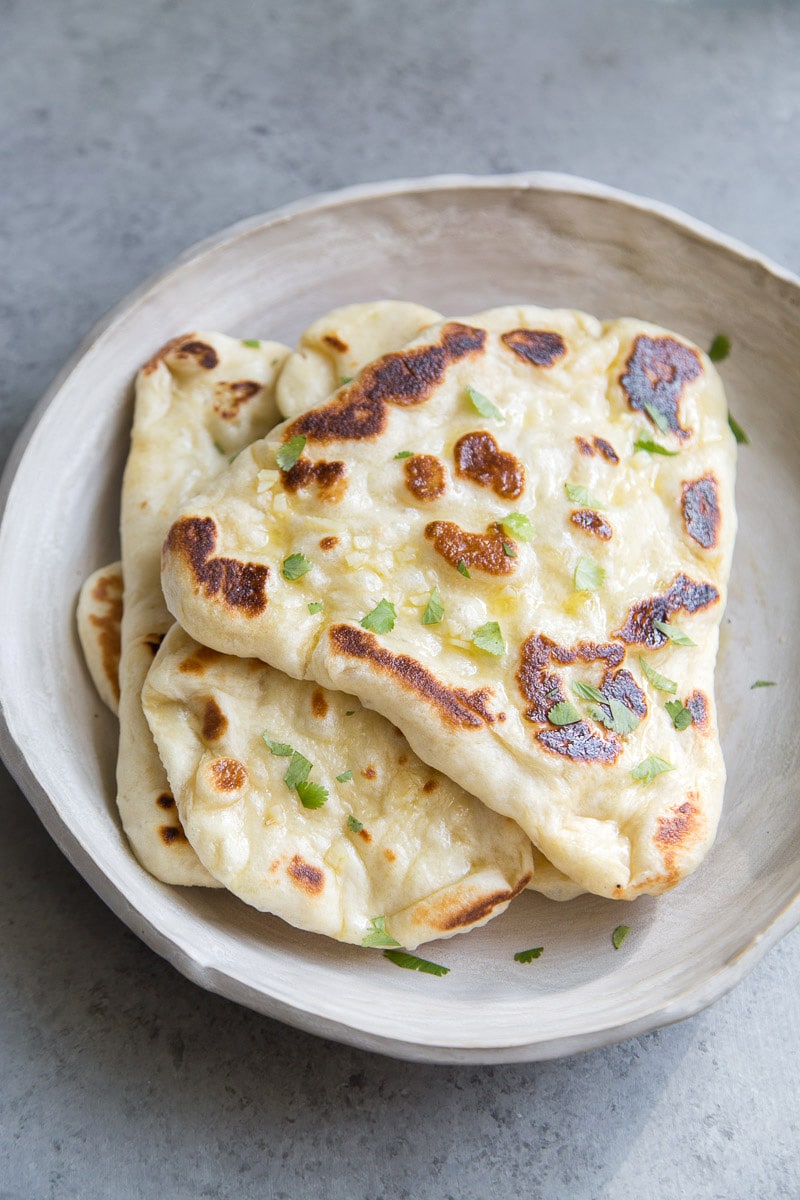 If you are interested in other yeasted doughs, you might enjoy these Crescent Dinner Rolls or this Dutch Oven Bread. These Honey Beer Pretzels or Hawaiian Rolls are also great options! 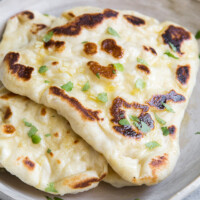 Print Pin Save Saved!
5 from 7 votes

How to Make Naan

Naan is traditionally baked in a tandoor oven. Luckily, you can achieve similar results by cooking the naan dough in a hot cast iron skillet.

FOR THE GARLIC SAUCE: