Now that it’s football season, look no further than these Pimento Jalapeño Poppers for a great game day appetizer! 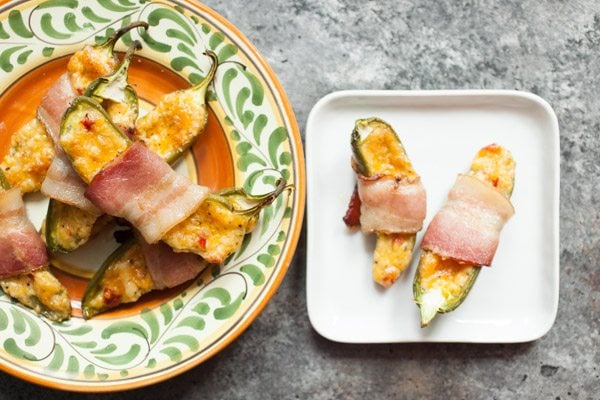 If you’re a football fan than you know there isn’t much better than having some really awesome appetizers to serve your friends and family during game day. One of my favorites is jalapeño poppers because I love spicy food. These end up being a bit like pepper roulette as some are spicier than others, but the cheese and bacon really temper the spice so even the spicy ones are manageable!

Also, did I mention that they have just three ingredients?! What could be easier?!

Start the poppers by cutting the jalapeños in half, but leave the stems on to keep the cheese in the pepper. Then hollow out the seeds and stuff the peppers full! 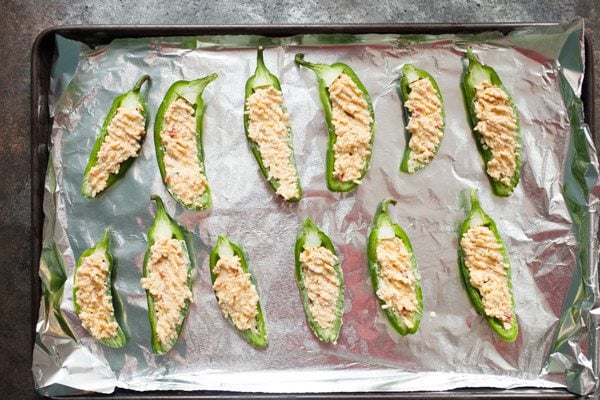 Next, just wrap each pepper with half a strip of bacon (not thick cut). Make sure the bacon ends are under the pepper to keep it in place. 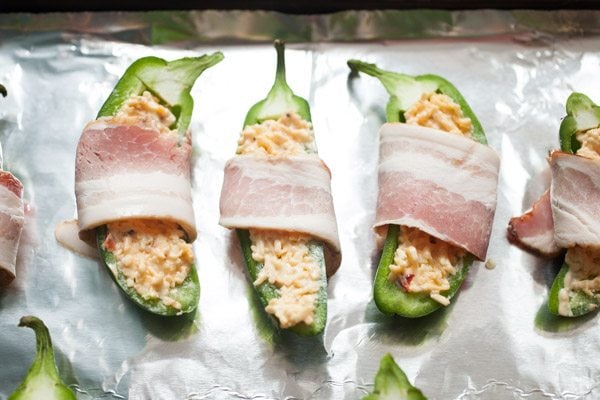 Bake these at 375 degrees F. for 20 to 25 minutes until the peppers are blistered and the bacon is crispy on the edges. Some cheese will inevitably overflow from the peppers, but don’t worry. There’s still plenty in there! That’s why I’d definitely line my baking tray with foil though to ensure an easier clean up. 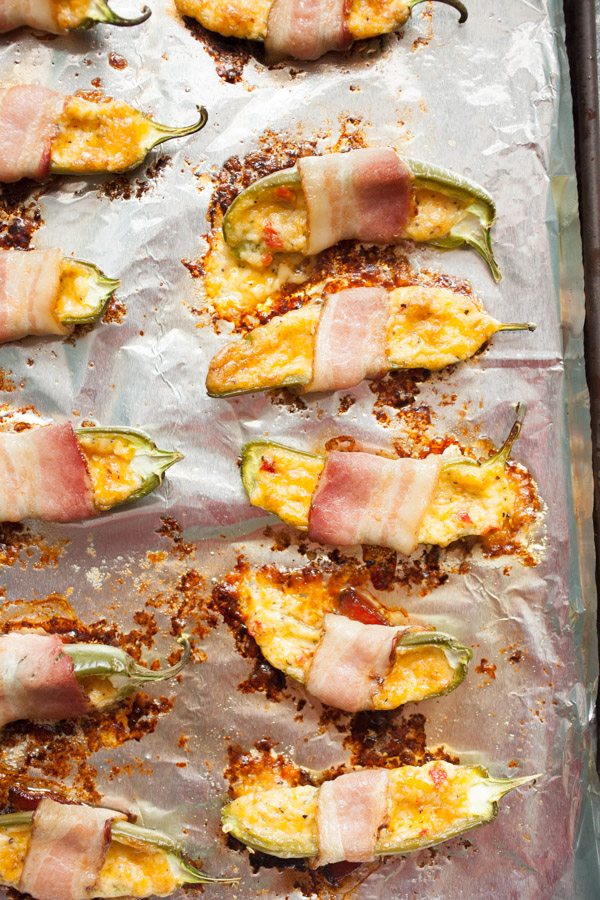 Let these cool for a minute before serving so you don’t burn your mouth on molten cheese! 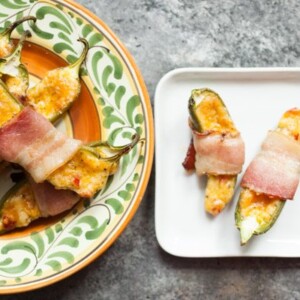 Here are a few more appetizers you might enjoy: