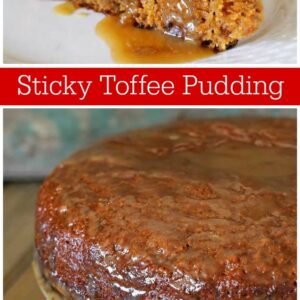 If you love the heavenly taste of toffee, then this Sticky Toffee Pudding is going to be your new favorite dessert! It’s more cake than a custard & drizzled with a delectable toffee sauce. It’s absolutely incredible! 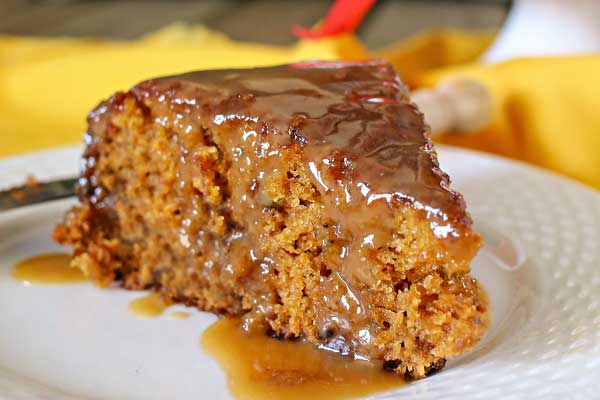 Sticky Toffee Pudding is a British dessert- a sponge cake covered in a sticky toffee sauce. Sometimes the cake is sweetened with dates, as in this version.  Origins of Sticky Toffee Pudding date back to the 1970’s. The recipe was developed and shared with a couple of hotels. Word spread, and it became a popular dessert shared across England! 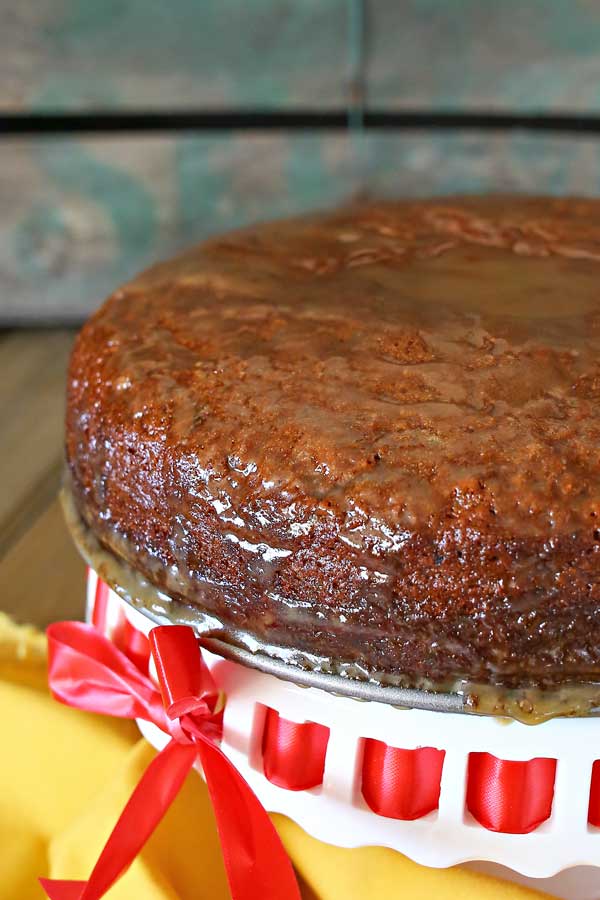 Oh my word, do I love a rich and sinful dessert this time of year. When I was a kid my whole focus during December was on the treats. I wanted them more than the gifts. Honestly, once someone tried to give me a gift at church when I was about 6 or 7 and I actually turned it down for a treat instead. Yes, I do love goodies that much.

With all the recipes my family would make during the month, they never really ventured into the cake like puddings. I didn’t have the pleasure of trying some until much later in life and finally realized what I had been missing all those years.

I know there are many varieties of English pudding out there and they are all delicious. But my very favorite is toffee. It’s absolutely over the top for me. It’s sort of like caramel but with deeper notes that just make me smile with every bite. I just love that this recipe is made using dates, so I sort of feel that helps in offsetting the sinfulness of the sauce. 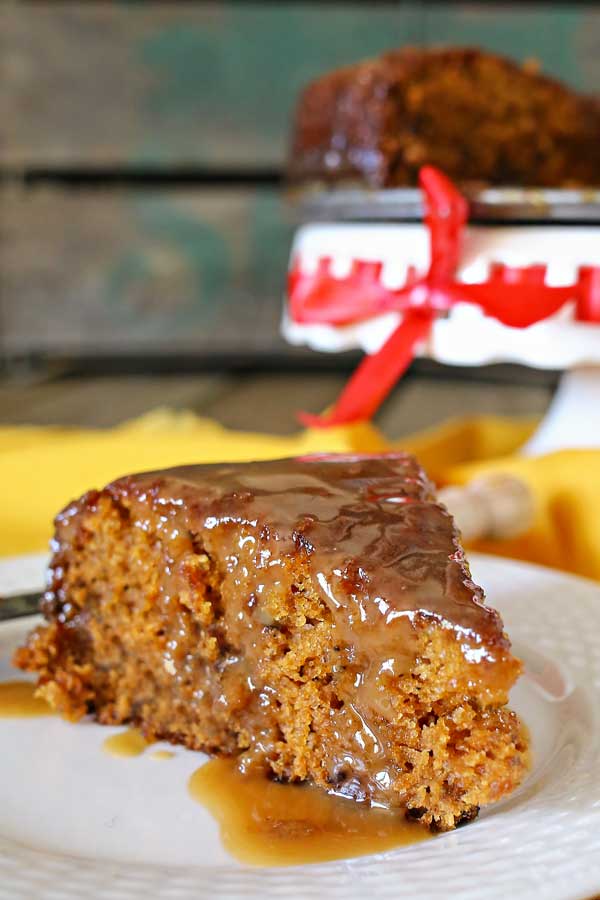 I was sure happy that there was just a bit of sauce left over. It made a great addition to the top of the ice cream we paired on the side of this when it was time for dessert. The whole family was raving and they are already asking when I will make it again. I’d say that’s a hit.

If you are a toffee lover, this Sticky Toffee Pudding is definitely going to wow your world! 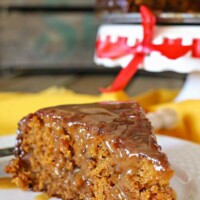