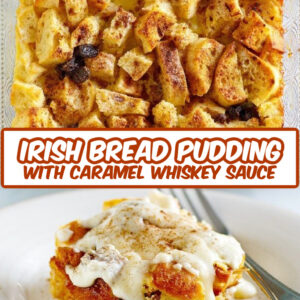 Here’s an easy recipe for Irish Bread Pudding served with Caramel Whiskey Sauce. This is a terrific dessert to serve around St. Patrick’s Day, but we love it all year long. 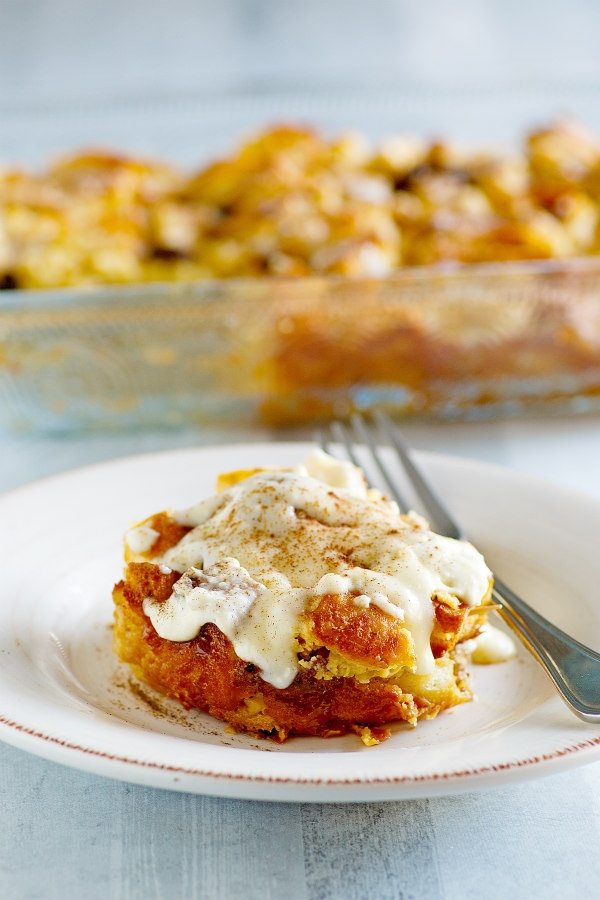 This recipe has been approved by my very Irish husband.  He enjoys a good glass of Irish whiskey, so a slice of Irish Bread Pudding topped with caramel whiskey sauce is the pretty much the most perfect dessert indeed! 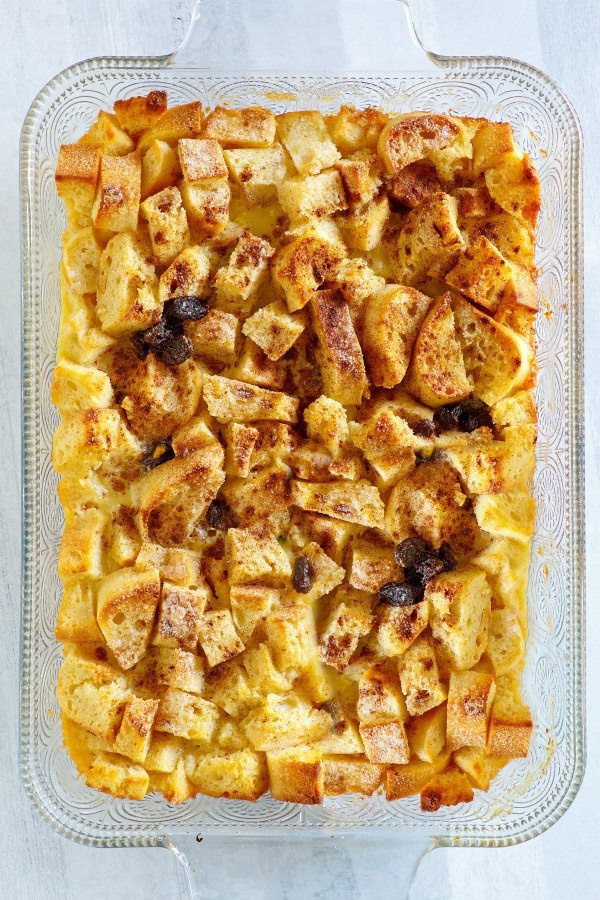 How to make Irish Bread Pudding:

This recipe begins with a classic bread pudding that has a little bit of Irish whiskey mixed in. It’s sweet and tender. There are raisins mixed in. And there is a cinnamon-sugar mix sprinkled on top. 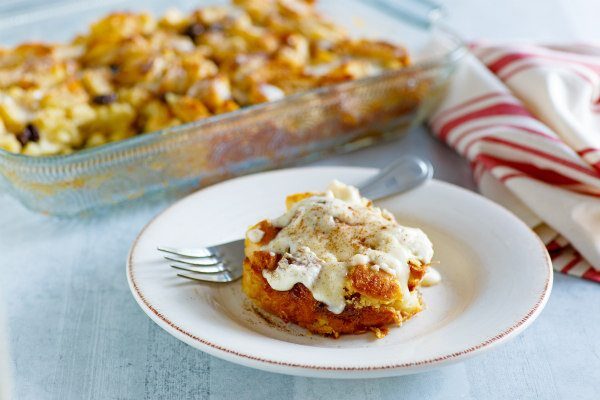 Individual slices (best served warm) are topped with  a generous spoonful of sweet, creamy caramel sauce with more Irish whiskey added in.  Yes, I believe you need to enjoy the flavor of whiskey at least a little bit to enjoy this dessert.  I’m not bonkers for whiskey, but I do love this Irish bread pudding recipe a lot.  I don’t feel like the flavor of whiskey is overwhelming at all. If you prefer not to use whiskey, substitute apple juice for whiskey in the pudding. In the sauce, substitute 1 tablespoon imitation rum extract and 3 tablespoons water for the whiskey. Enjoy! 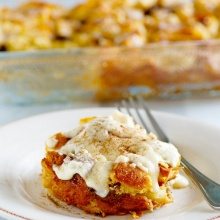 This is a lightened up recipe for delicious bread pudding.