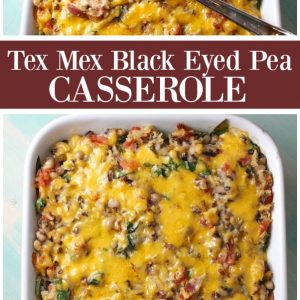 So what’s the story with Black Eyed Peas supposedly bringing good luck to all who eat them in the New Year anyways? I guess Black Eyed Peas are a Southern thing. This southern California girl had never actually (knowingly) tasted a black eyed pea before dinner last night, and I quite liked them. I put them in a Tex Mex Black Eyed Pea Casserole. 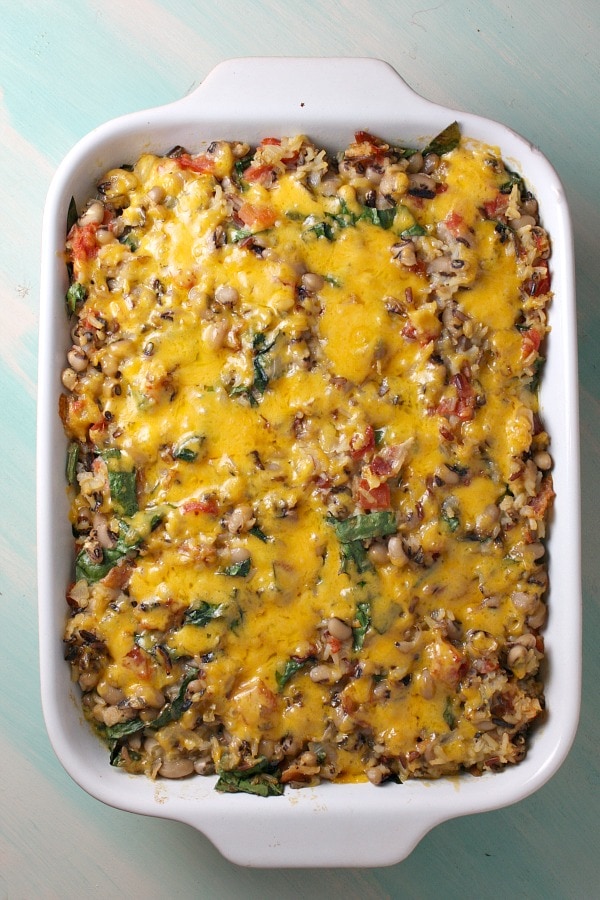 It’s one last hurrah of a comfort-food dish before the New Year begins. And it’s family- friendly too. 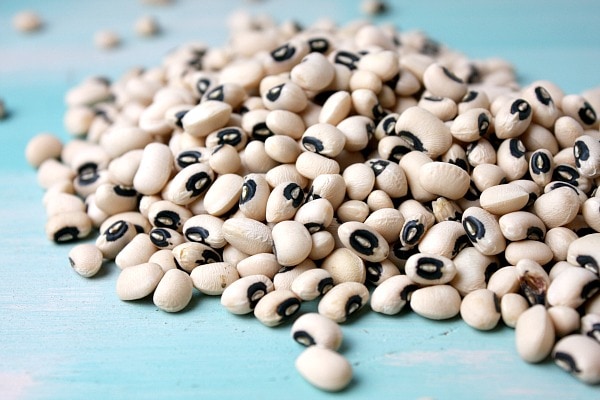 There they are in all their glory. Black Eyed Peas. They’re purdy little things, aren’t they? I suppose you could speed things up and use canned black eyed peas for this dish, but then it probably wouldn’t be quite as good now, would it?

Why should you eat Black Eyed Peas on New Year’s Day? 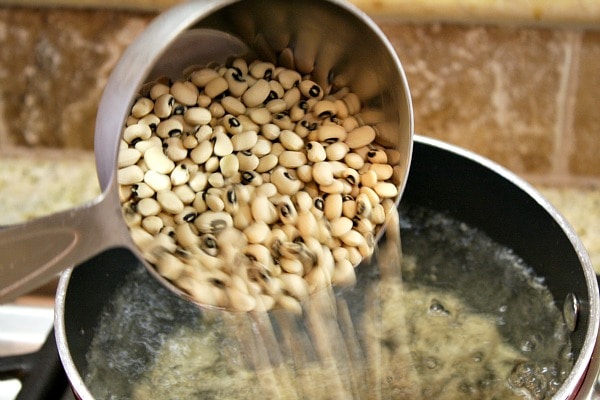 I read a lot about black eyed peas and how to prepare black eyed peas before I attempted this dish. Some folks soak them overnight. Some slow cook them. I went with the crowd that said that soaking wasn’t needed. I rinsed them, and then I boiled them for about 30 minutes. That gave me a tender black eyed pea, which is what I was hoping for in this recipe. Easy “pea”sy. 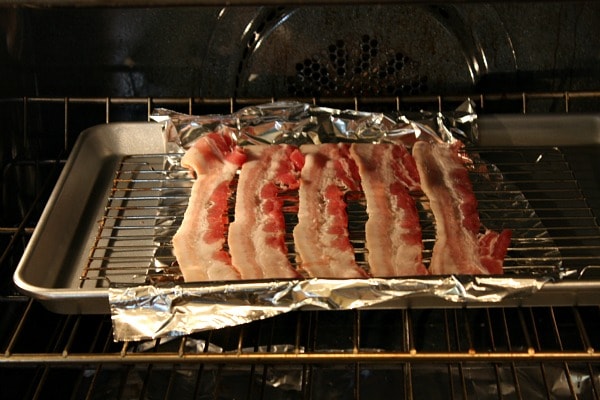 I add bacon to this recipe. It’s totally optional, but it totally makes this recipe better. In fact, it makes all recipes better and I wish I had added more. But I understand if you’re vegetarian and you’d like to leave it out. No wait, I don’t really understand that… because how could *anyone* actually survive without bacon?? (but I respect your vegetarian decision in any case 😉 )

This is the 3rd thing you’re going to do: prep the rice. In fact, you’re doing all three of these things at once. The peas are boiling, the bacon is in the oven and the rice is simmering. It sounds like a lot, but it’s not. It’s all going at the same time. Onions and garlic are sautéed in a little olive oil, then add the rice, then broth, then simmer until the rice has (almost) absorbed the liquid.

It’s best if you use a sort of rice that takes about 20 minutes to cook.  If you want to use a rice with a longer cooking time, you’re going to have to account for that and adjust as needed. 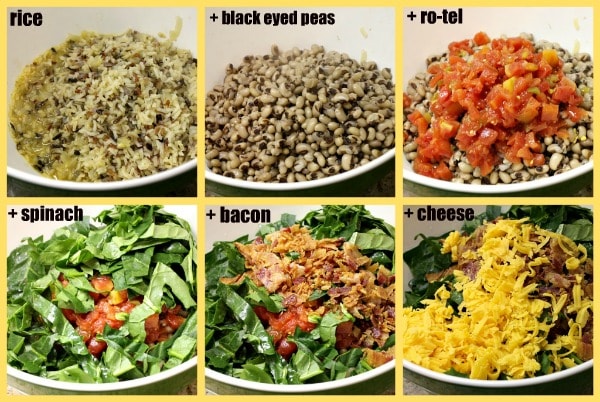 Then dump the almost-done rice in a bowl.  Add tender- cooked black-eyed peas, a can of Ro-tel tomatoes, fresh spinach, BACON and cheese.  Mix it up. 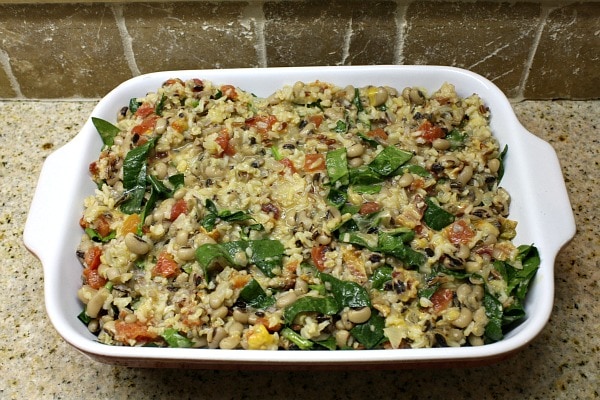 Spread it into a casserole dish and bake for 20 minutes.  Add some more cheese on top and bake for 10 more minutes. 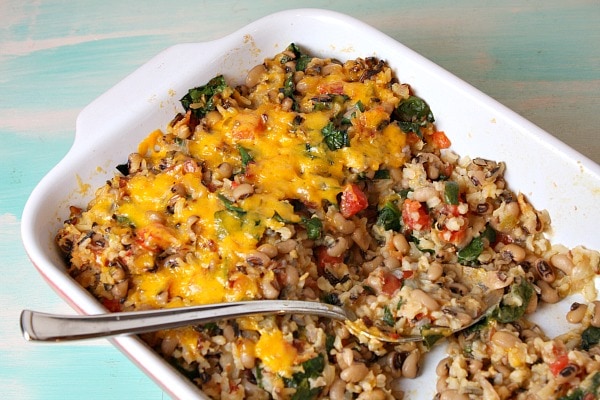 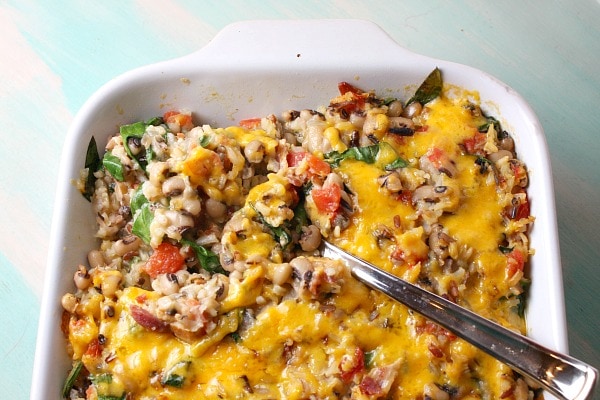 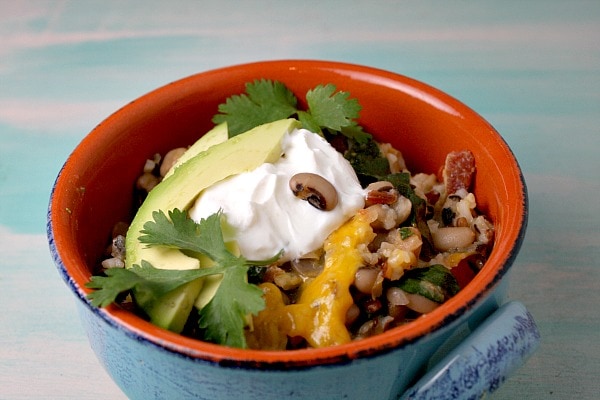 Add a little sour cream, cilantro and sliced avocado, and your dish is complete!

Oh, and about those black-eyed peas… tradition says that the peas brings prosperity to those who eat them on New Year’s Day.  I guess it’s worth a shot, right? 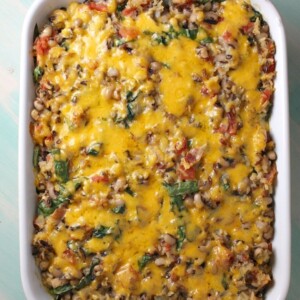 Print Pin
Save Recipe
5 from 3 votes 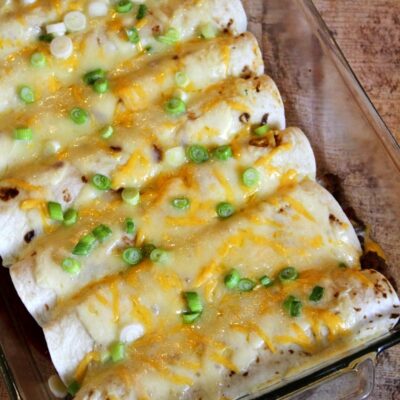 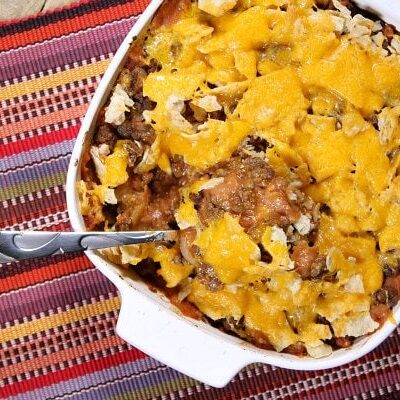 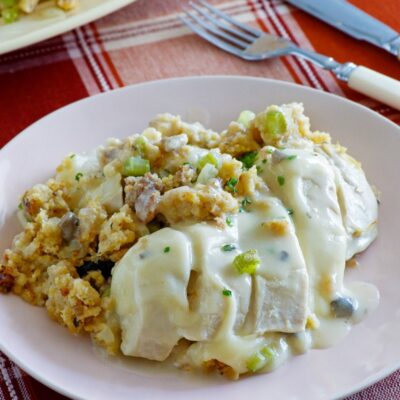 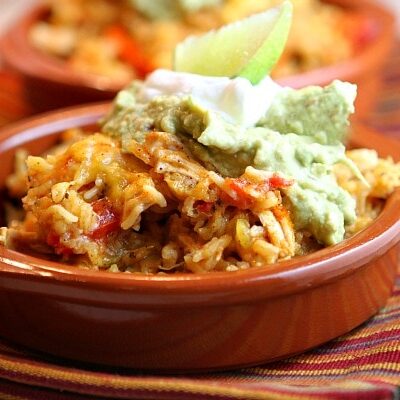